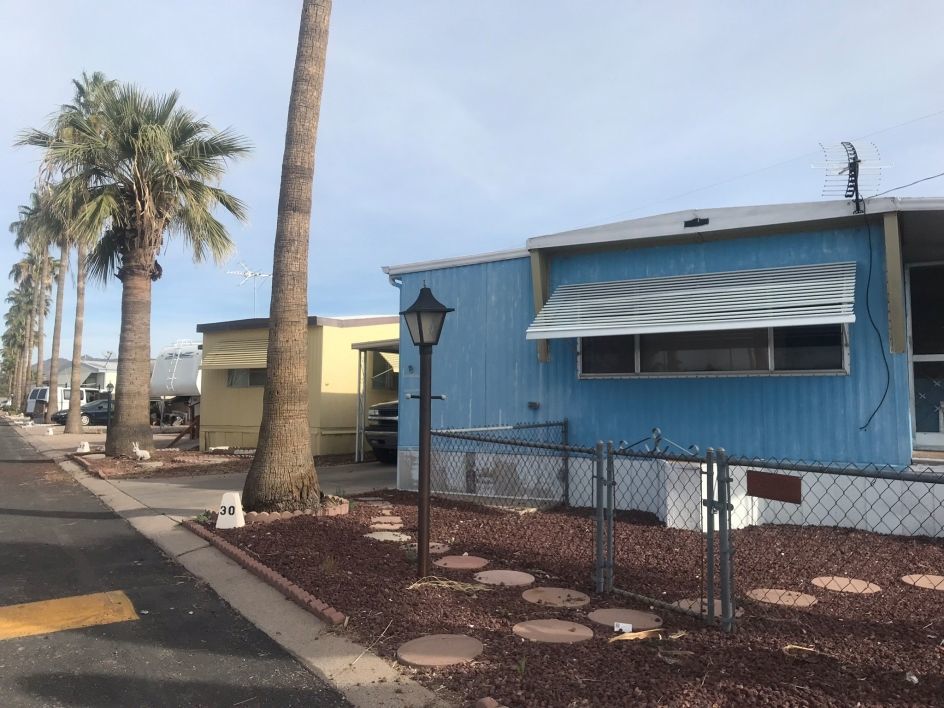 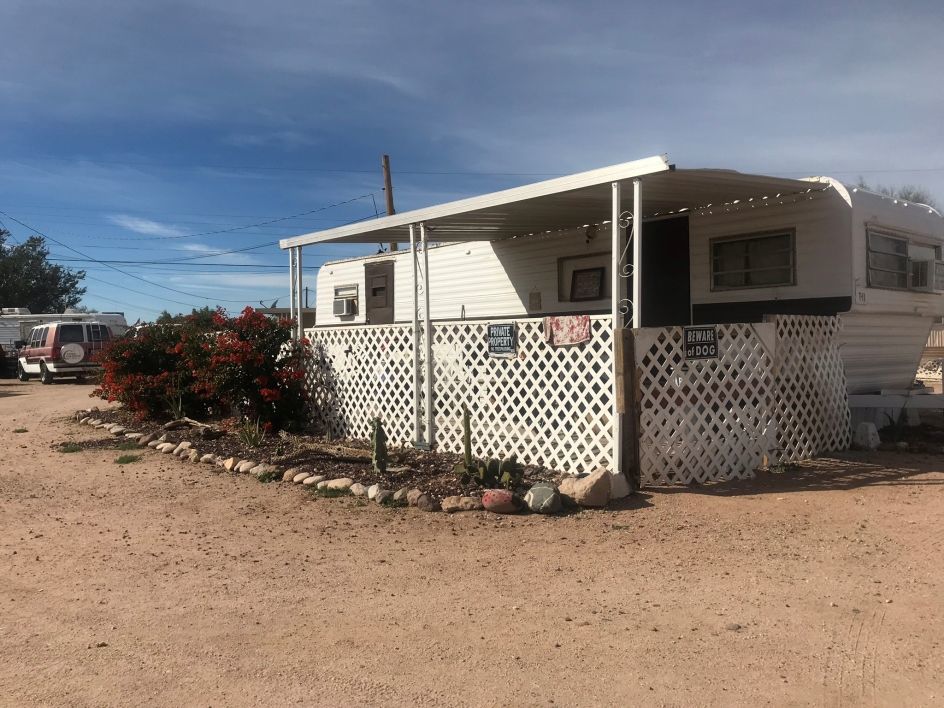 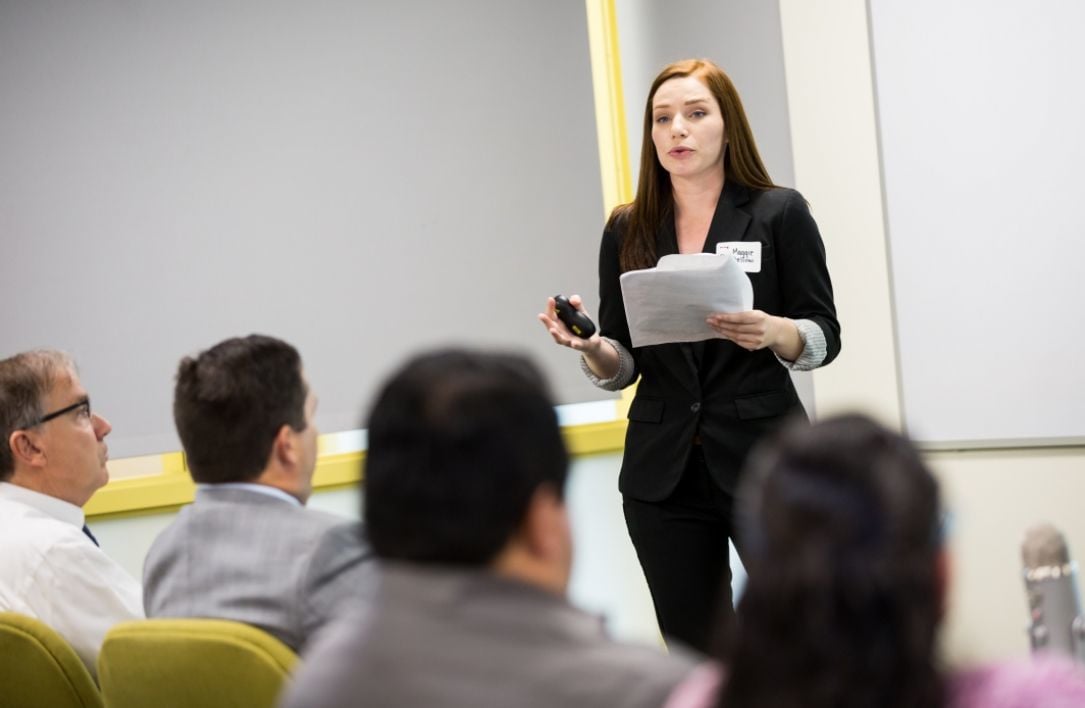 APACHE JUNCTION — This Pinal County city of approximately 42,000 residents has a complicated relationship with its 125 mobile home and RV parks.

The parks represent more than 60% of the city’s housing stock and are a highly affordable option for people living on low or fixed incomes. Many of these parks are attractive and well managed, but a large number of them are run-down and unsightly and don’t conform to contemporary city codes.

Many of the city’s mobile home parks were built well before Apache Junction was incorporated in 1978, so their property owners hold “rights of lawful nonconformance.” These rights allow owners to operate the parks as-is, but bars them from redeveloping in any way that doesn’t comply with current city codes. Revamping the parks to comply is cost-prohibitive to most owners, so many parks have fallen into a state of disrepair, with deferred maintenance, lack of amenities and an accumulation of junk and waste posing health and safety risks to their residents.

This isn’t good for residents or for the city, which sits in the shadow of the stunning Superstition Mountains and is working to attract visitors and develop economically. City officials need strategies to achieve their goals while preserving affordable housing and improving living conditions — easier said than done on a tight city budget with a small staff.

“We don’t have the revenue funds that other cities have to hire more staff and engage in more projects,” he explained.

“The students helped us explore things and study things that we probably otherwise would not be able to do,” Esquivias said. “Project Cities is an invaluable resource.”

From report to reality

Maggie Dellow, a Master of Urban and Environmental Planning student, wasn’t sure what to do for her capstone project. She decided to attend a Project Cities information session, where she heard about opportunities to work with Apache Junction on various issues. In particular, the mobile home and RV parks project piqued her curiosity because of her interest in affordable housing.

“I see planning as a tool to address the major defining societal issues of our time,” Dellow said. “Working on affordable housing and homelessness issues presents opportunities to address the consequences of past decisions and shape policy and development for a brighter, more equitable future for everyone.”

To start the project, Dellow researched existing literature on mobile home communities and affordable housing. Guided by city officials and her faculty advisers, she then documented existing conditions and characteristics of 28 nonconforming, high-priority mobile home and RV parks in Apache Junction. To include local perspectives, she interviewed Apache Junction park owners and professionals in affordable housing development.

Ultimately, Dellow created a 235-page final report (condensed to 100 pages by Project Cities) for Apache Junction laying out the complexity of the issue, describing research findings and recommending strategies the city could adopt to improve mobile home parks and affordable housing.

One of Dellow’s main recommendations was to create an overlay zoning district for affordable housing development. This overlay could be applied to nonconforming parks with the goal of making it easier for property owners to improve their properties and increase the availability of affordable housing. In her report, Dellow advised that the city enforce standards that property owners must maintain, such as sewer connections, paved lots and community amenities.

Larry Kirch, Apache Junction’s development services director, said the city has initiated the process of updating the zoning code to include some of Dellow’s strategic recommendations. In addition, based on Dellow’s report, the city is working on incentives for mobile home park owners to upgrade their properties. These incentives are not yet solidified but may include allowing redevelopment that would enable a new owner to increase housing density, or at least not lose any.

Success beyond the classroom

Dellow presented her results in April 2019 at a Project Cities student showcase. In the audience were officials from the city of Glendale, another community partner, and they were so impressed with her work that they offered her a position with the city. Dellow accepted the temporary contracted position, assisting the planning division and working on a special project related to mobile housing.

“It was a fantastic experience, especially being approached in that way and being offered a job on the spot,” Dellow said, adding that she’s happy to be working in the urban planning field so soon after graduation. In December, Dellow earned a full-time planner position in the city of Phoenix.

Dellow’s exemplary work also earned her two awards from the American Planning Association. She was selected as APA’s 2019 Outstanding Student from ASU, and she also won Best Student Planning Project from the APA’s Arizona Chapter. When discussing these accomplishments, Dellow was quick to give thanks to Project Cities staff and her faculty advisers — particularly Assistant Professor Meagan Ehlenz in the School of Geographical Sciences and Urban Planning.

“Without her, I think I would’ve been a little more conservative in my work and far less confident in what I was doing,” Dellow said. “Meagan was also fantastic because she pushed me a lot.”

Because of Ehlenz’s support and guidance, Dellow said she was able to create and present a project she was proud of despite challenges — such as a fear of public speaking — along the way.

As Project Cities’ first community partner, Apache Junction worked with ASU students and faculty on a variety of projects — not just Dellow’s. Other projects included sustainability and solid waste, an off-leash dog park, understanding homelessness, and sustainable tourism and marketing. Many of these projects are moving forward.

A major win came Dec. 3 when Apache Junction passed an ordinance and contract for mandatory trash collection from a single hauler. The city for years struggled with illegal dumping and inefficient solid waste collection routes, as multiple companies had routes in the same neighborhoods. Project Cities students, led by senior lecturer Albert Brown and Clinical Associate Professor Nalini Chhetri, researched and analyzed the issue and presented Apache Junction with a draft of the guiding ordinance and a request for proposal document the city used to solicit bids for a contract.

“Hats off to ASU and Project Cities for helping the city of Apache Junction leadership take a complex and thorny issue and pass an ordinance and contract,” Kirch said. “Their work set the stage for educating the public, staff and city council on the interrelatedness of the issue. This was a monumental effort and what I believe is a 50-year event (like a 100-year flood) for policymaking. This certainly will change the face of the city for years to come!”

Russell said this accomplishment is a testament to how research and recommendations derived from student work can influence local policy and produce long-lasting impacts.

“We couldn’t be prouder of the students who conducted this work,” he said.

Project Cities curates a revolving menu of projects with its community partners, and every semester is different. Currently, Project Cities is partnered with the city of Peoria and the town of Clarkdale. Students can get involved through a variety of class offerings from many disciplines. Additionally, Project Cities distributes a list of capstone project opportunities every semester, based on the community’s priorities. Students who wish to apply for one of these projects should reach out to ProjectCities@asu.edu and ask to be added to the student interest list.

For students, it’s invaluable to work on complex projects that go beyond the classroom.

“This experience was one of the coolest that I’ve ever had in all of my education,” Dellow said. “I’m really appreciative of the university and the way it empowers its students to do more than what I’m sure students at other universities across the nation are encouraged to do. I think that Project Cities is very illustrative of the ASU model and the ASU way.”

PHOENIX -- State lawmakers are moving to subject noise complaints to the same standards as speeding violations.