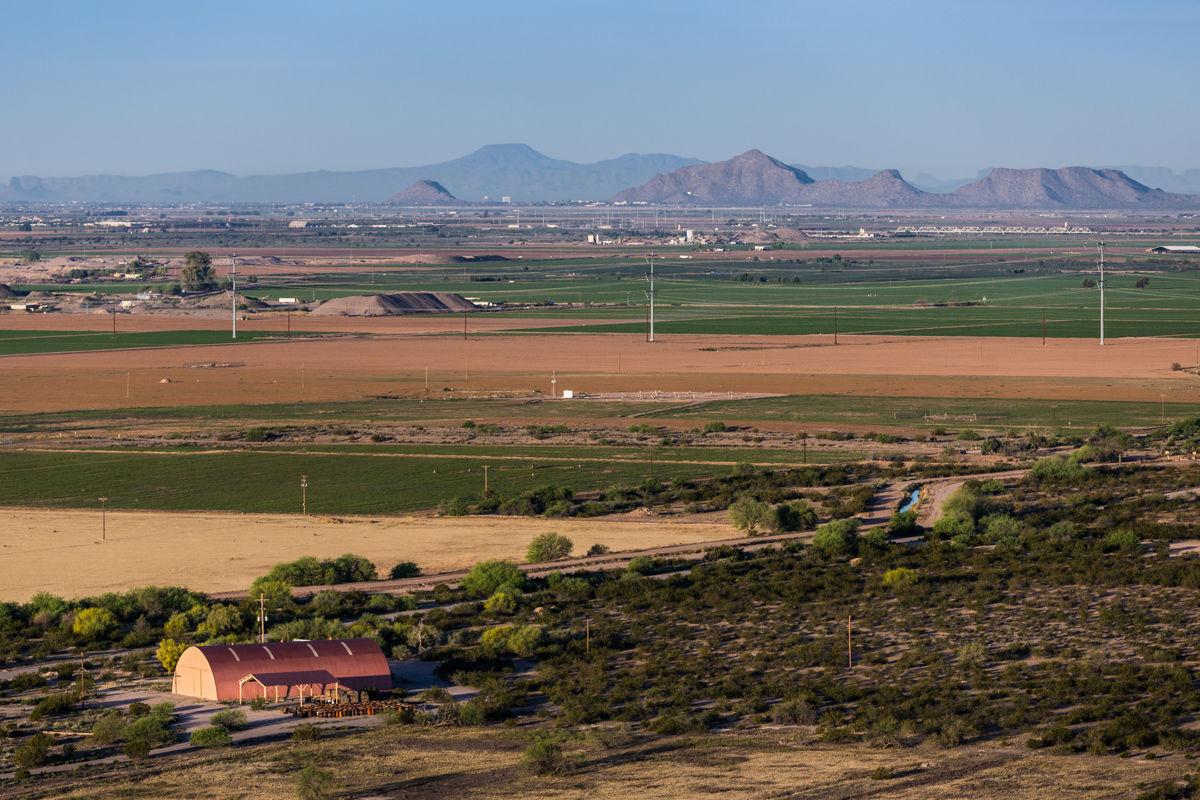 Aerial view of the Florence Copper site near Florence along Hunt Highway. 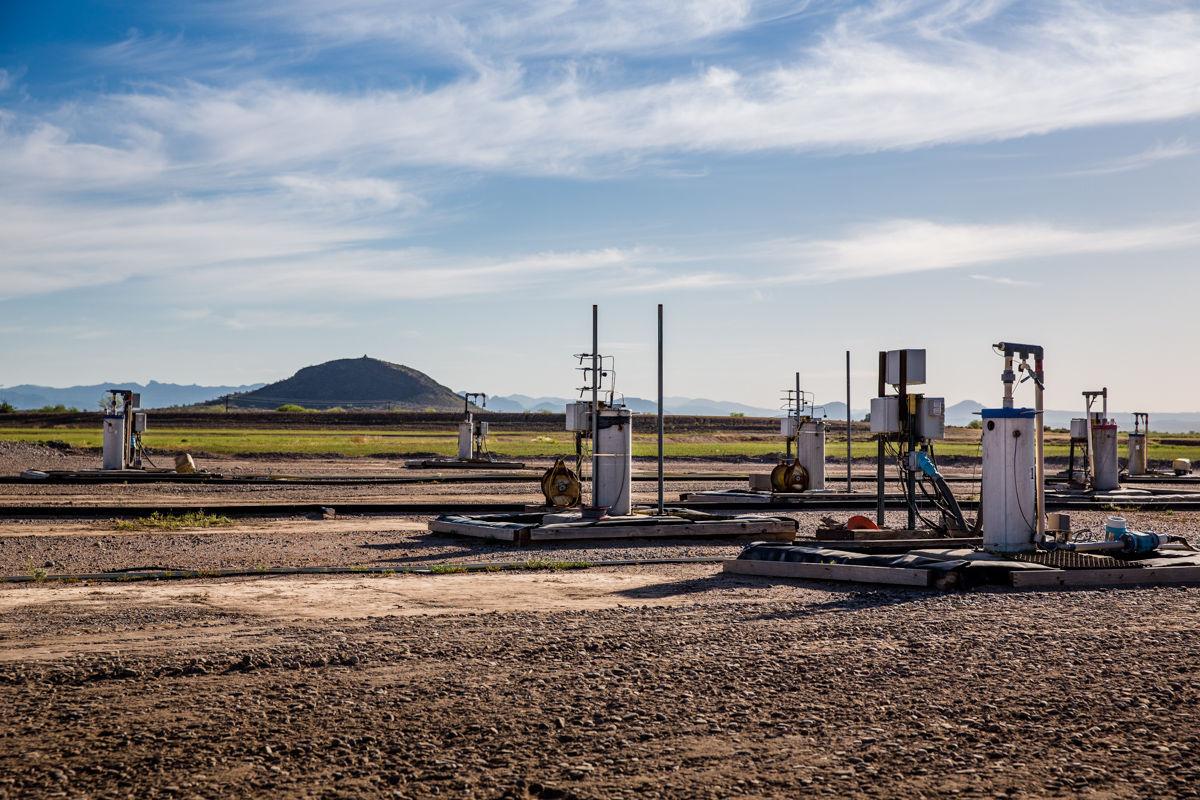 Wells on Florence Copper property, with Florence’s Poston Butte in the distance, are seen in this undated photo. The company currently operates no production wells but believes it’s closer to starting its testing phase. 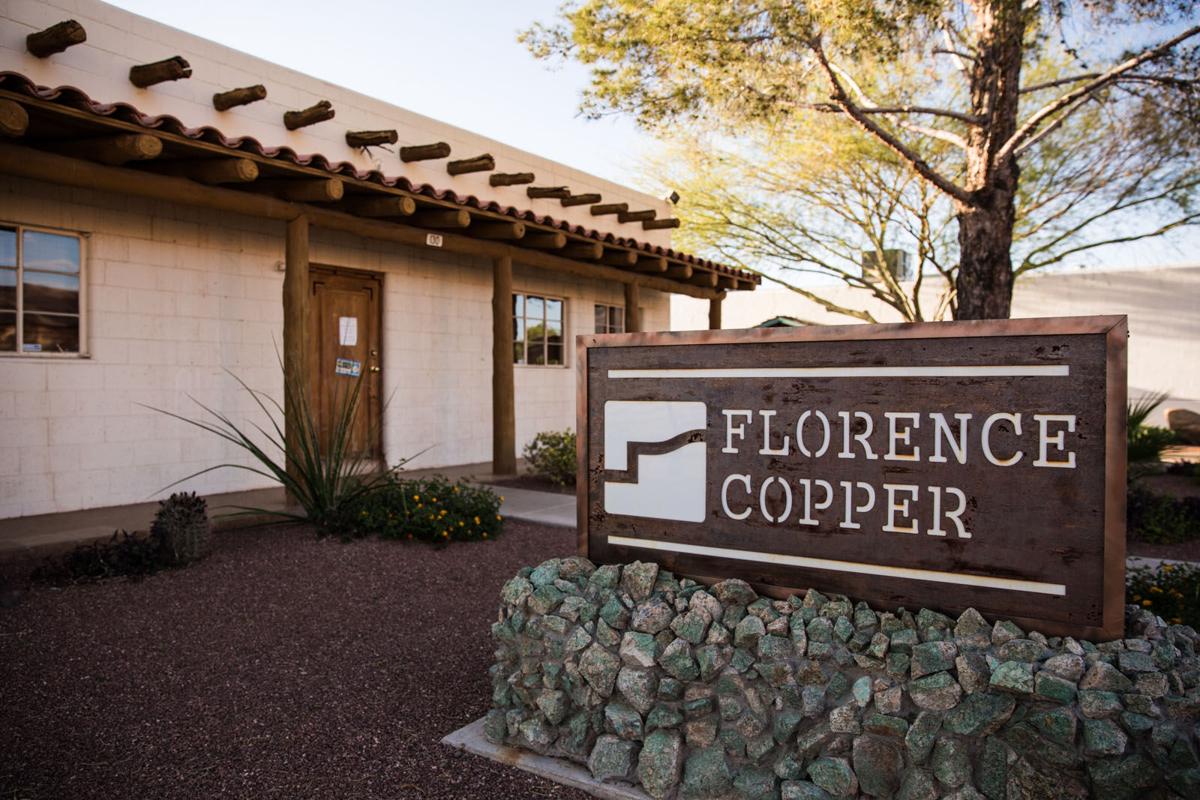 Aerial view of the Florence Copper site near Florence along Hunt Highway.

Wells on Florence Copper property, with Florence’s Poston Butte in the distance, are seen in this undated photo. The company currently operates no production wells but believes it’s closer to starting its testing phase.

FLORENCE — Copper’s value is on the rise, and equipped with new mining technology, Arizona has a promising future in producing the nation’s copper.

Arizona produces 65 percent of the nation’s copper, leading the copper industry in the U.S. As mining continues to become economically feasible, new mine sites have been proposed across the state.

New technology for mining had made the production process more sustainable after the U.S. Environmental Protection Agency set the Clean Air Act into place in 1970 and the Clean Water Act in 1972.

“We better hope it’s very sustainable, because mining is in the foundation of society,” said Brad Ross, the Co-director of the Lowell Institute for Mineral Resources.

Ross said technology to pull copper from the ground is always changing and improving as new technology is created. Copper has become a staple not only in its consumption, but also as a source for jobs and the economics of the state.

There are five proposed copper mining sites in Arizona, including the Resolution Copper Project, Rosemont Copper, Florence Copper, Gunnison Copper and Mineral Park Copper Mine on the way, according to Suzanne Kinney from the Arizona Mining Association.

Mining companies have faced the challenge statewide of producing copper without doing significant damage to the environment around the site.

Save the Scenic Santa Ritas is a non-profit organization, which assembled in 1996 to protect the scenic area on and around the Santa Rita mountains. The proposed Rosemont mine has challenged the group because of the environmental impact it would have on the region.

“It would be a regional disaster,” said Gayle Hartmann, the president of Save the Scenic Santa Ritas.

The organization is against the proposed Rosemont mine, and has worked with members of the community to ensure education and awareness is spread on potential harm the project might cause.

“The damage is permanent.” Hartmann said, “We as human beings need to learn to coexist with our environment.”

Hartmann said Save the Scenic Santa Ritas is working to educate members of the surrounding communities of the harm mining can cause to the environment.

The Florence Copper Project, a Florence based copper mining project, is using new technology in-situ copper recovery in order to preserve the environment above the bedrock. The company is looking to tap into copper in the Historic Copper Corridor in Arizona.

“What makes us unique is we do this in-situ copper recovery,” said Stacy Gramazio, the Manager of Communications for Florence Copper.

The process will leave very little environmental damage when the mining wells are removed. The in-situ recovery method digs beneath the bedrock and injects a solution, which dissolves the copper and allows it to be pulled up through the ground.

According to Kinney, the hard rock mining industry has created 31,800 jobs in the state, with 12,000 directly related to the mines. In 2014, mining brought a total economic impact of $4.29 billion.

While mining is deeply rooted in the history of Arizona, it won’t be returning to any of the historic mining boomtowns any time soon. The proposed mining sites are new sites built with new technology to pull untapped copper.

In many of the towns in the southeastern region that originally supported the state’s copper mining, there are now environmental reclamation processes taking place to recover the environment after years of practice that was not sustainable.

Bisbee, home to the Copper Queen mine, was built on mining copper. The mine that served as the foundation of the town shut down in 1975, and is now used for tourism and education.

Leah Gilchrist is a reporter for Arizona Sonora News, a service from the School of Journalism with the University of Arizona. Contact her at leahgilchrist@email.arizona.edu.

Florence Copper to proceed with mining after town's appeal rejected

FLORENCE — After the latest in a line of legal victories, Florence Copper officials are read…

Superior group to discuss Forest Service study on proposed mine

FLORENCE — Full-time town employees will receive raises of approximately 5 percent, and the …

FLORENCE — Despite federal roadblocks, copper mining still has a bright future in Arizona, i…

Resolution mine official calls permitting process a barrier to business

Pinal mine protesters keep on marching

Appeal of mine permit is denied

Superior group hires lab to test groundwater near mine

SIGNAL PEAK — With three apprenticeship options beginning in January, Central Arizona College will offer training for current and potential Re…

Mining process will occur 'A to Z' in Florence

FLORENCE — Florence Copper claims it has made further strides in controlling airborne emissions at its future operations, but many of those at…

Judge rules in favor of Florence Copper's right to mine

FLORENCE — Florence Copper has a historic right to mine on its property off Hunt Highway, a right it did not lose in the town of Florence’s 20…

Rosemont copper mine suffers another setback in decade of legal battles

WASHINGTON – The U.S. Army Corps of Engineers suspended a Clean Water Act permit for the proposed Rosemont Mine site in southern Arizona, the …

Judge overturns agency's OK for new copper mine in Arizona

TUCSON (AP) — A federal judge in Tucson Monday overturned the U.S. Fish and Wildlife Service’s approval of plans for a new copper mine in sout…

Endangered species throw roadblock in path of Rosemont Copper mine

GREEN VALLEY – A federal judge has overturned environmental permits for the proposed Rosemont Copper Mine, saying the U.S. Fish and Wildlife S…