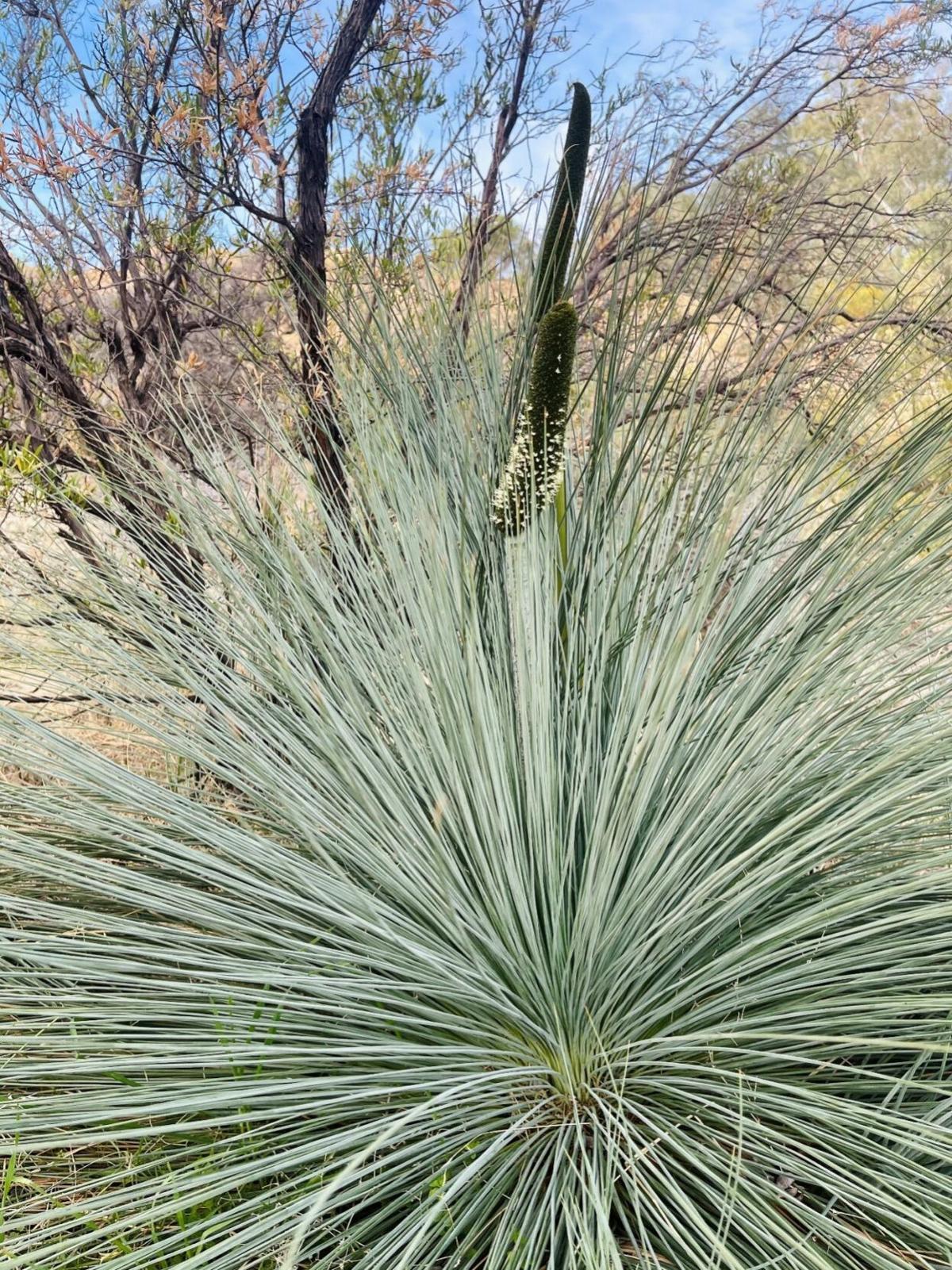 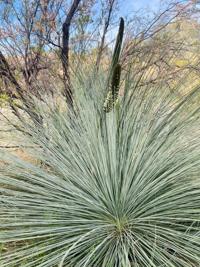 An Australian grass tree at Boyce Thompson Arboretum in Superior. 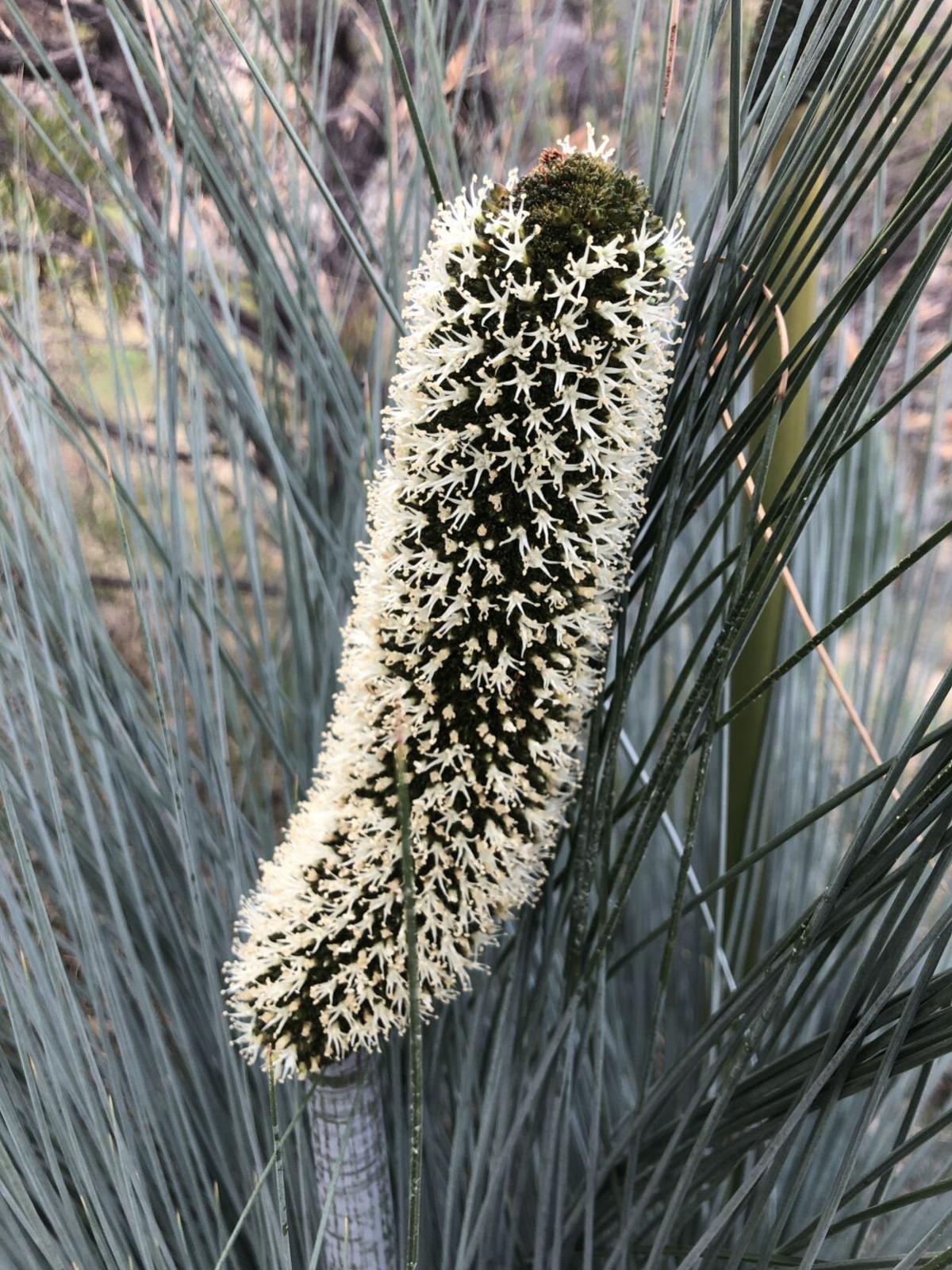 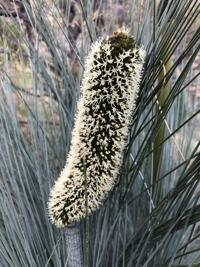 The bloom of an Australian grass tree. 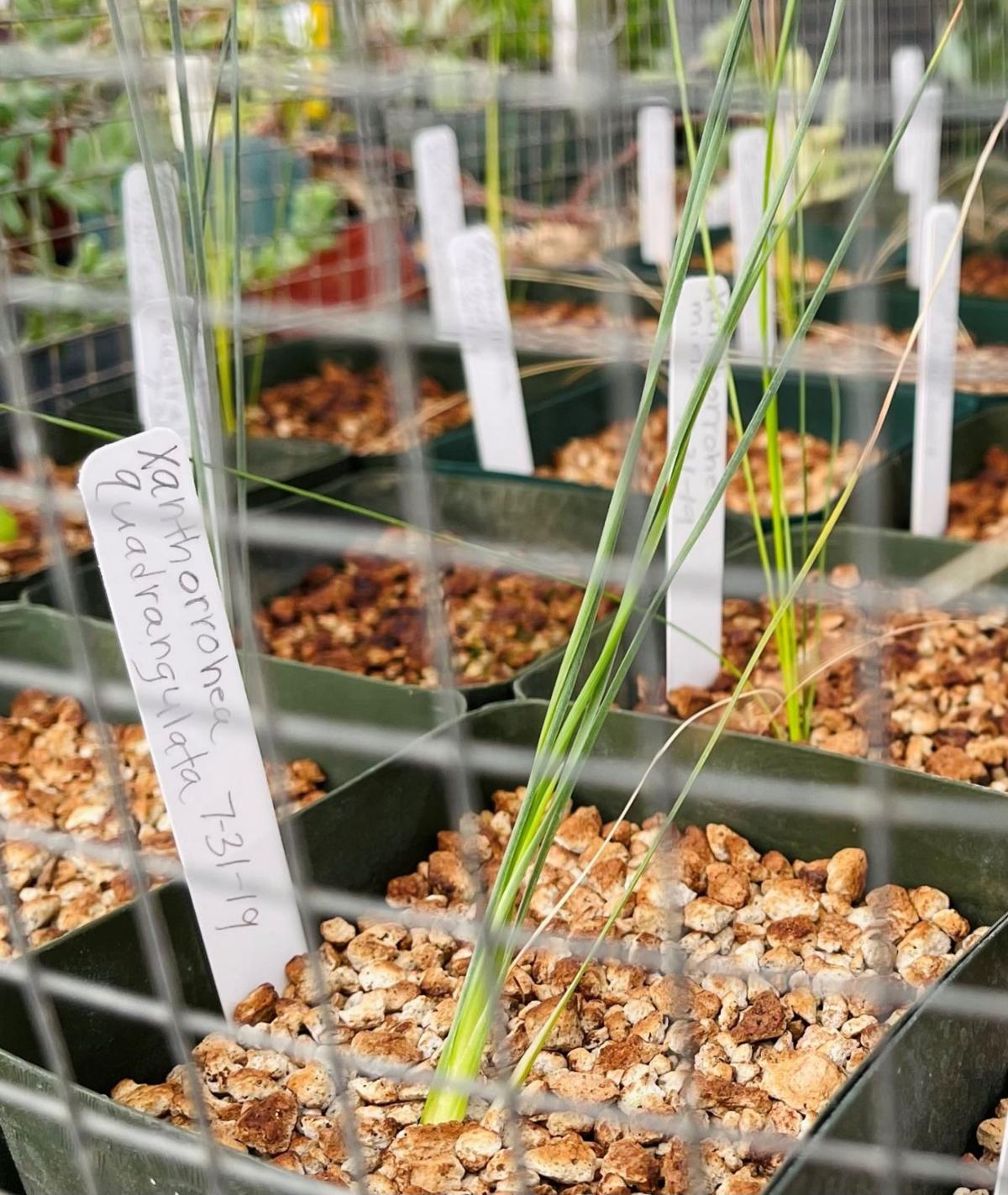 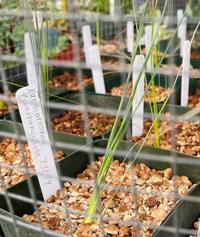 An Australian grass tree at Boyce Thompson Arboretum in Superior.

The bloom of an Australian grass tree.

With a 10-acre swatch of land that pays homage to the plants and trees found “down under,” the Boyce Thompson Arboretum aims to highlight the biodiversity and culture of Australia’s arid and semi-arid regions.

The Australian Deserts exhibit has more than 1,300 plants, including 321 species from 39 different plant families.

Australian grass trees are among the specimens in the exhibit that tend to bloom in the winter and early spring, making now a good time to see them.

“These plants bloom in the late winter and early spring on an irregular basis likely because flower stalk production is stimulated by fire in the wild. Stalks from previous blooms are still visible on some of the plants,” said Becky Stephenson, plants collection manager for Boyce Thompson Arboretum.

Visitors to the arboretum can find the grass trees near the Aboriginal Seep section of the Australian exhibit.

“Our grass trees are planted in a group in a single location,” Stephenson said. “Several of them are currently blooming.”

The trees, which resemble tufts of grass and range in color from green to a silvery blue-green, are unusual for several reasons, according to Stephenson.

“They are one of the earliest flowering plant groups to have evolved,” Stephenson said. “They are closely associated with wildfire, having adaptations to it to ensure survival and to some degree, relying on it to bloom.”

The plants, which are rarely found in collections, are drought resistant and store water in their trunks.

“Once they reach a certain age, they will begin to develop a thick basal stem, which gives them more of a palm-tree shape,” Stephenson said.

If they look a little bit like something one might spot in the desert areas of Arizona, it’s because they are cousins to desert spoons and bear grass, commonly found throughout the region.

“Superficially, they are very similar,” Stephenson said. “The flower stalks look like cattails when they first emerge.”

The grass trees in the Australian exhibit were started from seeds collected in 1992 and brought to the Boyce Thompson Arboretum, where they were raised.

“They grew slowly, as is characteristic,” Stephenson said. “They were finally big enough to plant outside in November of 2005.”

Horticulturists at the arboretum — Jason Wiley and Tammy Knight — are currently growing new grass tree seedlings, including six new species to add to the collection.

“They are still very small and are just shy of two years old,” Stephenson said.

Receiving less than 150 millimeters of rain each year, Australia is the second driest continent in the world. More than 80% of its wildlife is found only in Australia.

The Australia exhibit was started at the arboretum in the 1920s and ‘30s with the planting of eucalyptus and river she-oak shortly after the facility was founded.

“Now around a century old, these trees have grown into forests rivaling those found on their native continent,” Stephenson said.

There are now 103 species of eucalyptus in the collection ranging in size from small bushes to trees towering more than 100 feet tall.

“One of these trees, Mr. Big, is the largest red river gum (tree) in the United States,” Stephenson said.

Recreating Australia’s eco-geography in the Arizona desert took years and trips abroad to collect seeds from wild plants. The seeds were then propagated at the arboretum.

“Many of our Australian plants, including our grass trees, were collected from the wild, making them invaluable as a reserve or genetic material for conservation and research efforts,” Stephenson said.

A visit to the exhibit is designed to make people feel that they are on an Australian walk-about.

“A walkabout is an Aboriginal rite of passage voyage through the wilderness of Australia and leaves those who have undertaken the journey with both wisdom and a sense of fulfillment,” Stephenson said.

The Boyce Thompson Arboretum and Wallace Desert Garden is at 37615 E. Arboretum Way near Superior.

With new mission and new garden, arboretum on track for record attendance

SUPERIOR — Nestled in the Sonoran Desert, with a backdrop of the Picketpost and Superstition…

Picture this: Arboretum group helps photographers ‘bring out the best’ in their work

SUPERIOR — It’s 9 a.m. on a Saturday in mid-July, and the temperature in the parking lot at …