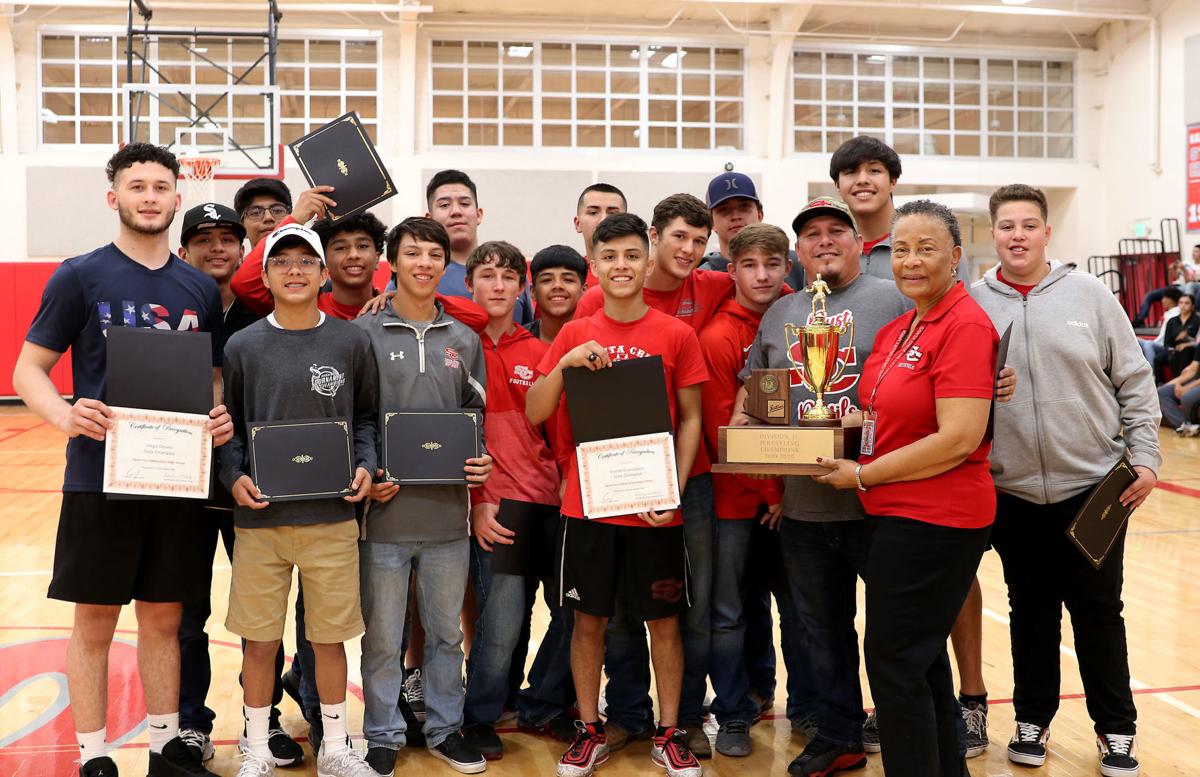 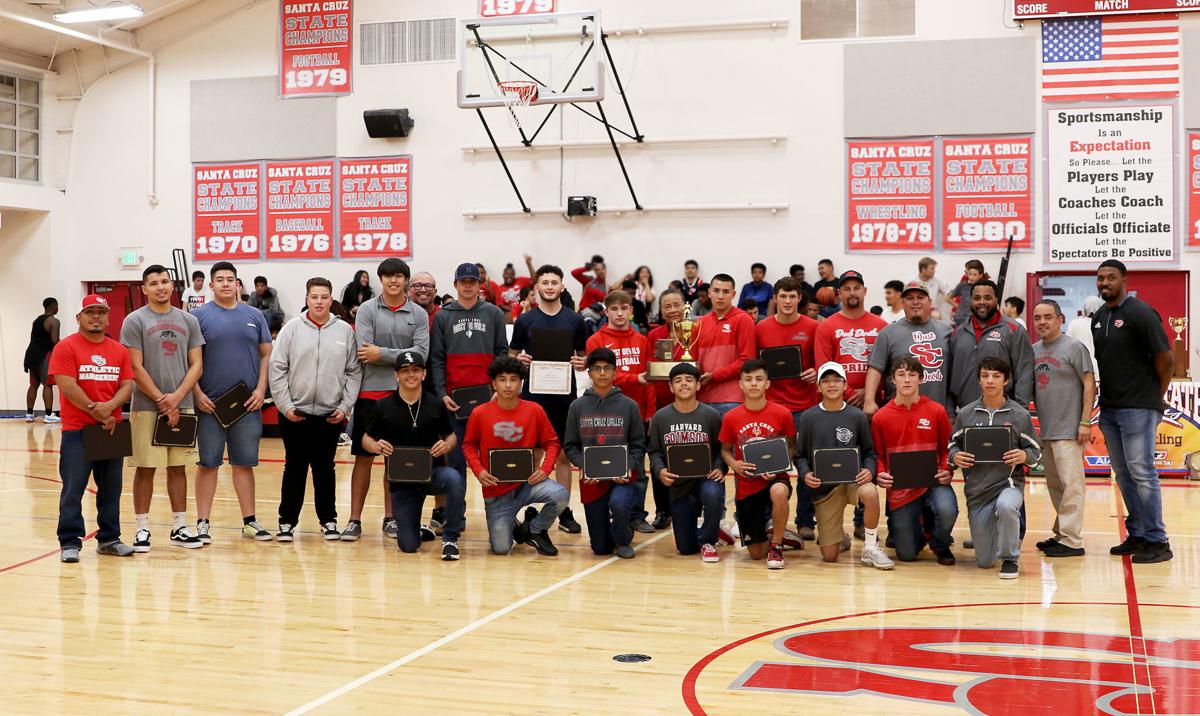 The entire Santa Cruz Valley wrestling team, along with school staff and the superintendent, celebrate the Dust Devils' state championship at an event honoring the team on Thursday night in Eloy.

The entire Santa Cruz Valley wrestling team, along with school staff and the superintendent, celebrate the Dust Devils' state championship at an event honoring the team on Thursday night in Eloy.

ELOY — Much like last year, it was a rainy night as the Santa Cruz Valley Union wrestling team held its trophy presentation at the high school on Thursday night.

For the second consecutive year, the Dust Devils were celebrated by the community for winning the Division IV state tournament.

“We are here to celebrate our wrestling team,” District Superintendent Orlenda Roberts said. “I’m proud of all the students who not only go to class but participate in extracurricular activities and sports. It takes a lot of time and commitment to do that and I’m so very, very proud of our kids (who) have done the impossible and have repeated as state wrestling champions.”

Athletic Director Rishard Davis said he watched many of the team’s meets and was impressed with all its hard work.

“I just want to say that these guys are truly inspirational this year,” he said. “It was an honor to watch you guys play and just the heart and determination that you guys showed every night and especially in the state championship meet.”

Each member of the team and coach was recognized with a certificate, and the team presented Roberts with the state championship trophy.