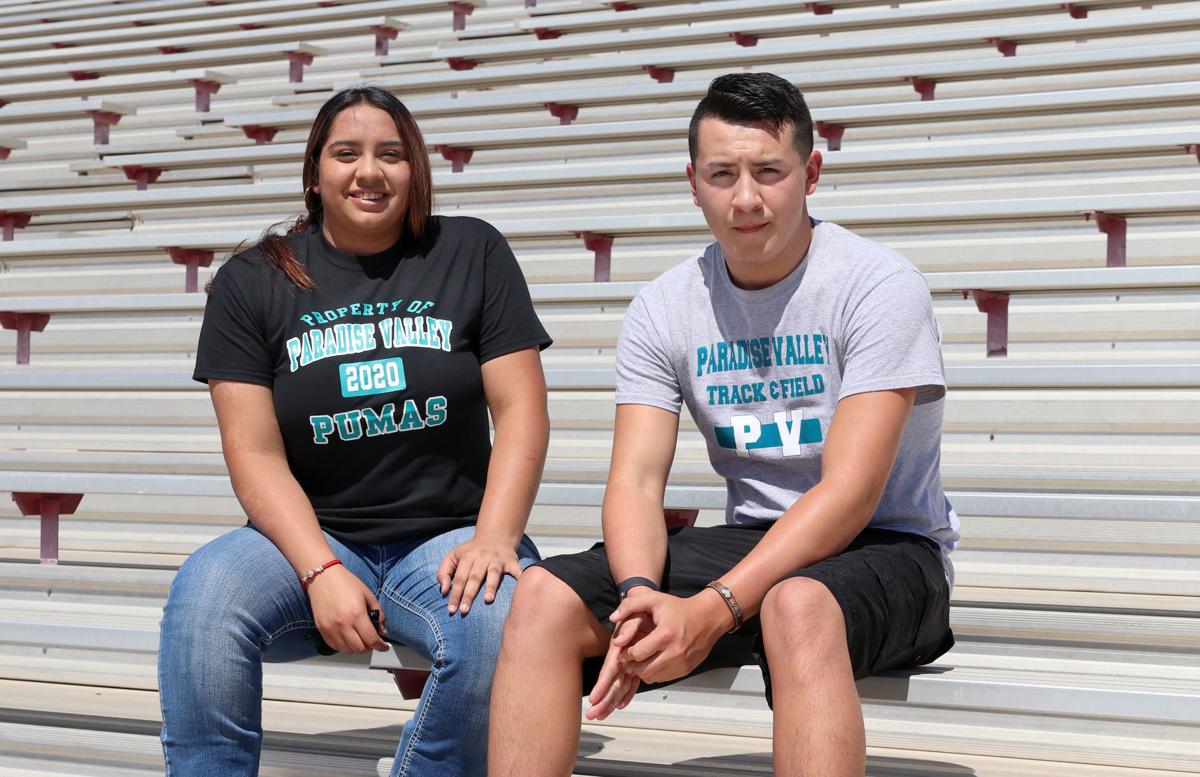 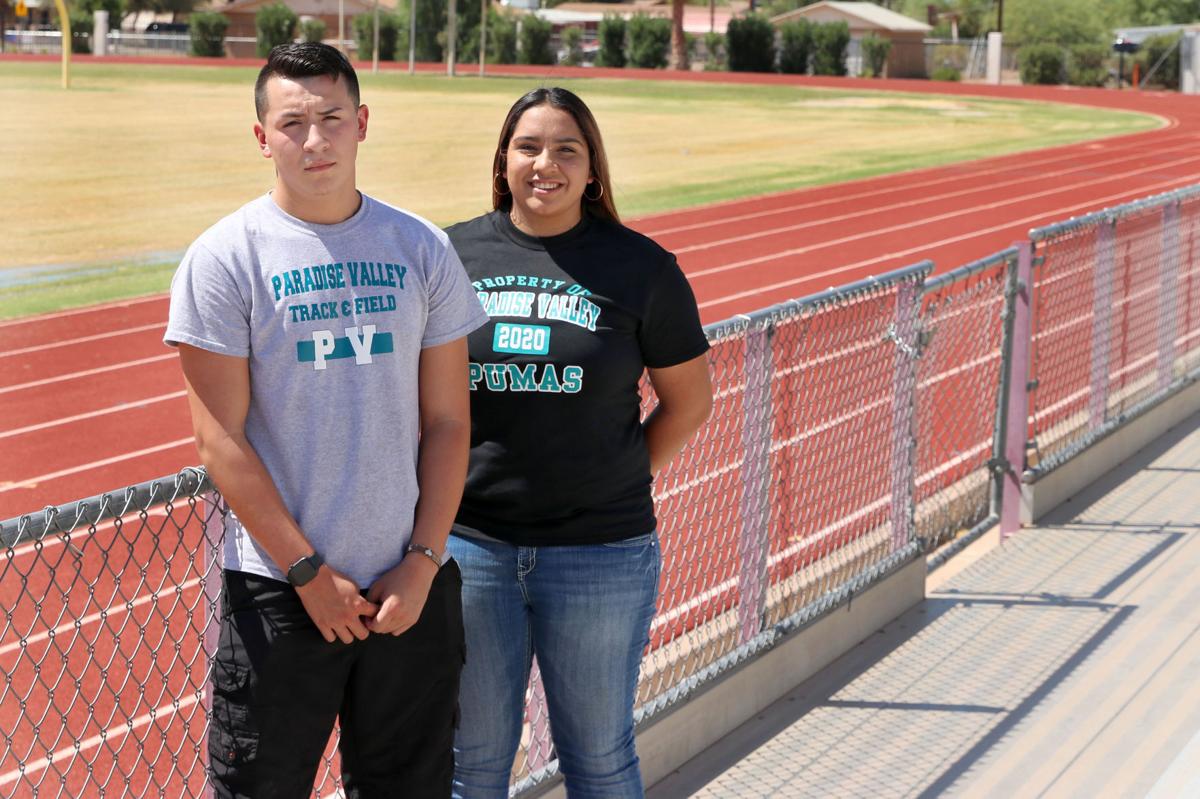 The COVID-19 pandemic ruined that opportunity for them, but the former Dust Devils aren’t too upset about that anymore, as they will continue competing at the college level at Paradise Valley Community College.

“I’m just going to keep going with what I’m doing and no matter what gets thrown at me to never stop,” Tarango said. “This virus, yeah it messed us up, but ever since we got out of school, all we’ve been working on is our throwing. We come here and throw just to keep us going in the routine and improving.”

Both Tarango and Gobea participated in other sports during their senior year at Santa Cruz. Tarango was on the volleyball team, and Gobea was part of the football and wrestling team.

“I finished the two other sports perfectly fine throughout high school,” Gobea said. “But track, ever since this virus got in the way, we weren’t able to finish this. So I was like, ‘I feel like I should finish track.’”

Tarango made it to the state meet in 2019 in three field events; discus, shot put and javelin. In the three track meets the Dust Devils had before the season was canceled, she had already surpassed her personal records in two events.

“I just like the excitement and the adrenaline that comes from them, especially like for jav just throwing it and seeing it go as far as you can throw, and exceeding your own expectations,” Tarango said.

Gobea was recruited for javelin and had already qualified for his first state meet appearance. He also participated in some running events and told PinalCentral that he’s trying to talk to Paradise Valley’s sprint coach to see if he can run the 400 meters.

“I’m just going to learn,” Gobea said. “Coach [Thomas] Paredes says, ‘Just do it for quality and competition, just do that and try to PR in every event.’ That’s what I’m trying to do next year.”

Both athletes received offers from Arizona Christian University, Pima Community College and Mesa Community College, along with other schools, but decided on Paradise Valley because it has their area of study and offered the better scholarship.

“For me it was the coach,” Tarango said. “He was able to help us with what we need, and he used to go to all the big meets, which caught my eye because he can teach me more and be my mentor and help me improve on what I need to do to get to his level.”

Tarango added she’s looking forward to competing against more experienced athletes, as she has only been throwing for two years.

Academically, Gobea and Tarango are interested in health science and physical therapy. Both want to be able to help their families.

“It just caught on to me that I can do that and then when I’m done with school, I can come back and help my family like with my tata (father) and everybody else,” Gobea said.

Tarango wants to help other kids who are special needs like her brother, who have to travel far out of the Eloy area to get the help they require.

Gobea and Tarango admitted that although they’re not very excited about the move, they are looking forward to growing on their own and are a little more at ease knowing they won’t be going through the transition alone.

Gobea is not literally Tarango’s brother, but she sees him that way.

“I’m glad because he’s my brother, so it’s fun to have somebody especially from your hometown that’s doing the same thing and matches your schedule,” Tarango said. “Even if we decide not to make new friends at the college, we always have each other to lean on.”