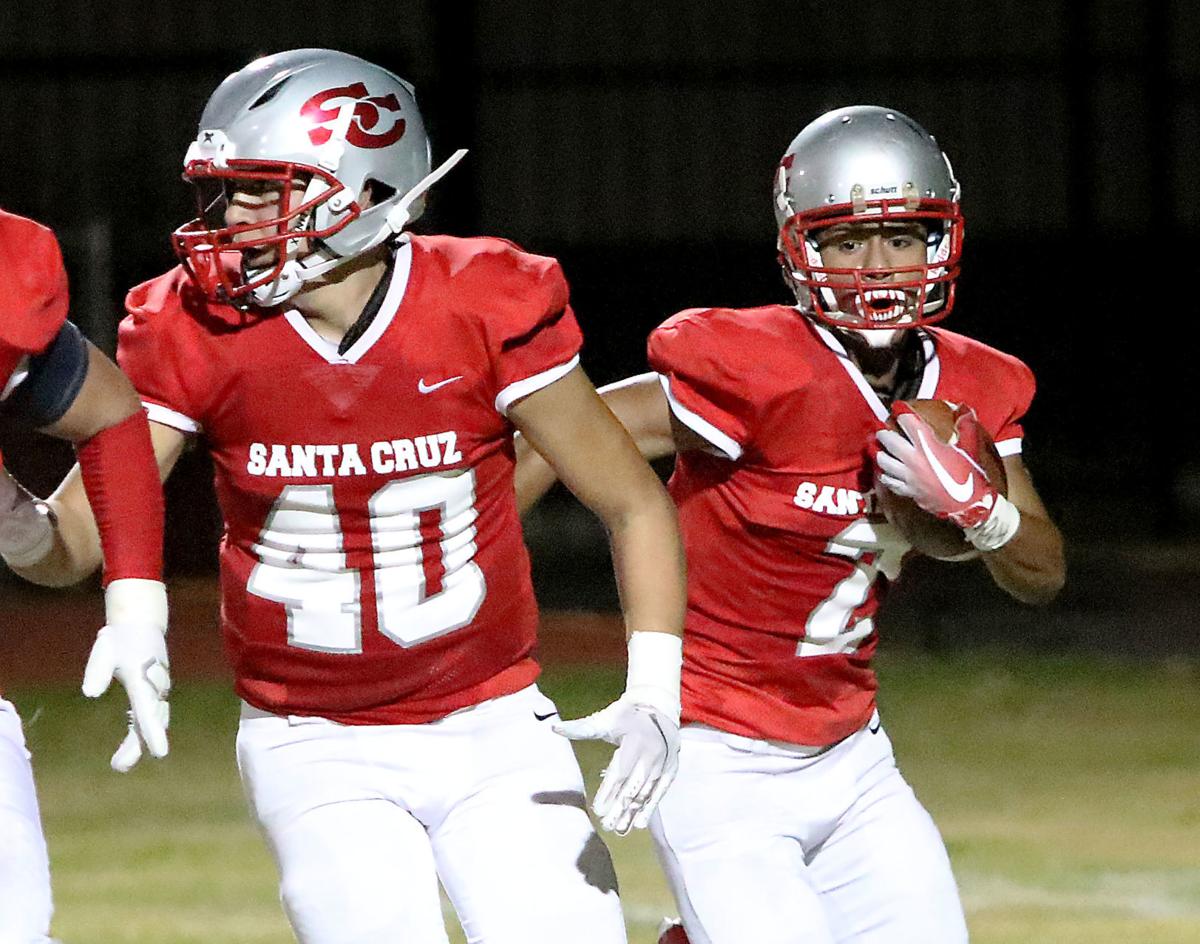 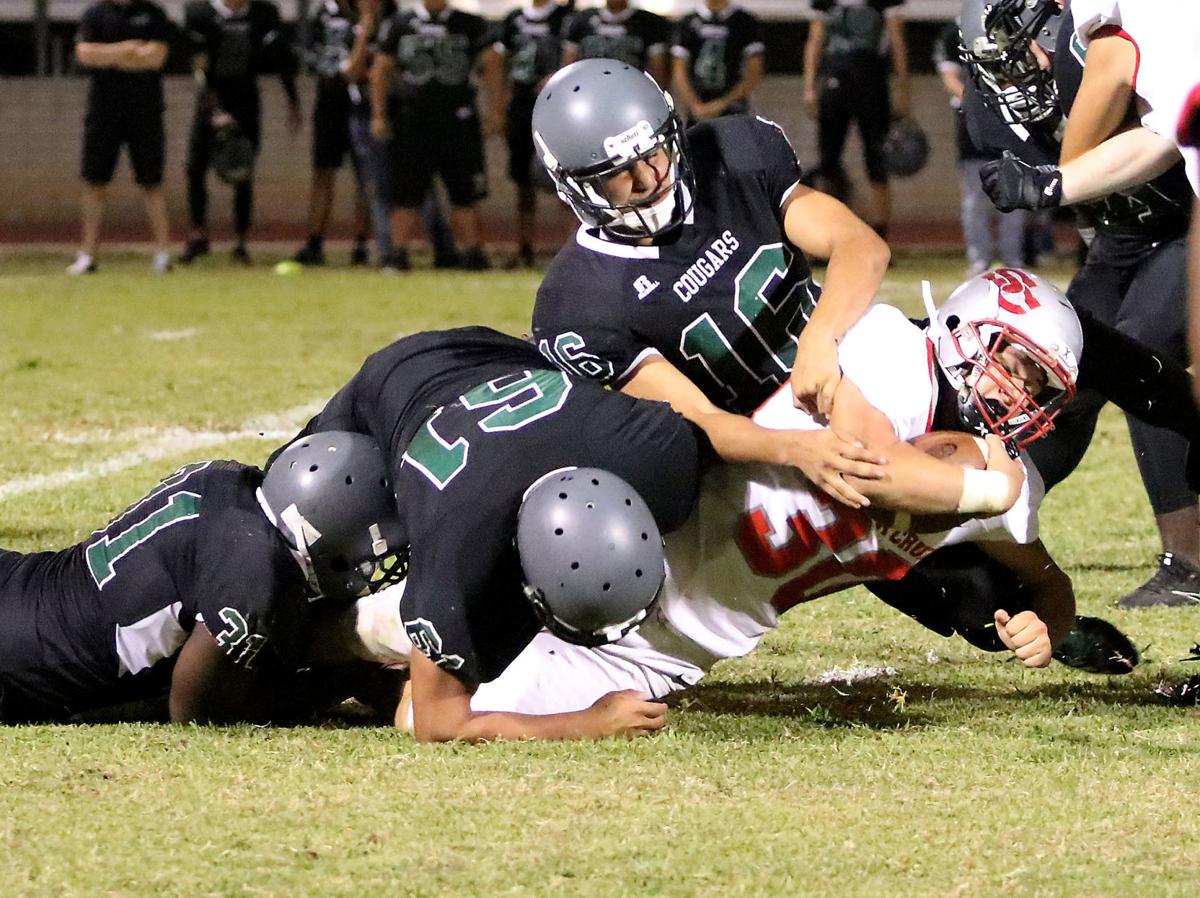 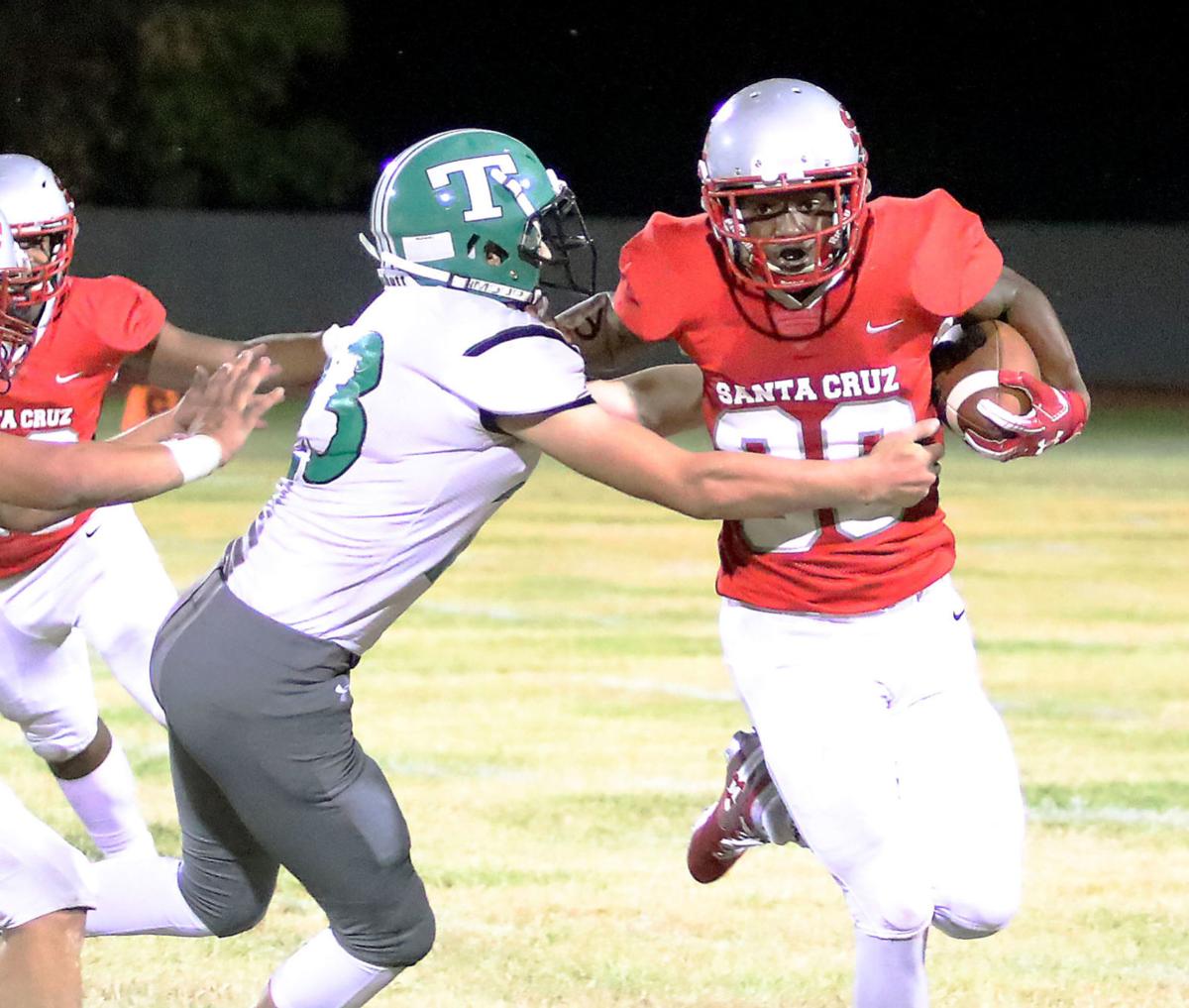 ELOY — During this time last year Santa Cruz Valley was on the outside looking in at the Class 2A playoffs as it finished the season ranked No. 18 in the power rankings.

“We’re just happy to have a playoff game,” Santa Cruz coach Rishard Davis said. “We’re preparing for them and we feel like we should be able to match up to what they do. It’s nothing that we haven’t seen; they run some variation of option and we’ve played three or four teams that run the option this year. They just like to spread you out a little bit more, it creates bigger gaps, but other than that, we don’t see anything that we’re going to have a hard time defending.”

Defending the option was one of Davis’ concerns about his team entering the season. During the first game against Sahuarita, he was surprised by how well the defense stopped the option.

“Option usually kills us every time we see it,” Davis told PinalCentral in August.

Having faced other teams including Thatcher, one of the most dominant teams at running the option, Davis is more comfortable with the Dust Devils defense entering Friday’s game.

“We’ve gotten to a point where each kid is understanding that he needs to be in his spot, his own individual gap,” he said. “In the past, we would coach it every week and on Fridays it was like a totally different story because guys were too worried about making the play, they see the ball and they just want to go to the ball. Teams like this, this is exactly what they want you to do, they want you to come in the backfield because they’re just going to pull it and run it underneath you.”

Chandler Prep’s leading rusher is Samuel Martin, who averages 115.4 yards per game and has six touchdowns.

Quarterback Reese Vilaboy is the Titans’ second-leading rusher with 430 yards and four touchdowns. He has a dismal 38% completion rate with 739 yards, nine touchdowns and 10 interceptions. All nine of his touchdown passes have been to senior wide receiver Andrew Cook.

Some of the anchors on defense for the Dust Devils are Diego and Juan Castillo, who have combined for 52 tackles. Two other players always involved in making stops are Emilio Gobea and Wyatt Ogle.

“They’ve been really solid for us, and it’s not surprising,” Davis said. “Like Emilio, he’s not going to wow you, he’s just a role player. He’s going to do everything right and he’s not going to mess up, same thing with Wyatt. I’ll go back and do stats and Wyatt is around the ball every play. He’s about to catch his brother (Hunter) if we can play four more games because he’s either making a tackle or getting an assist.”

Santa Cruz will look to continue its dynamic running game, which starts with junior running back Hunter Ogle.

“Hunter is just Mr. Reliable,” Davis said. “When we need momentum, we’re going to go through him. A lot of other guys have decent amount of yardage but a lot of it is Hunter himself, people are eyeing him when they play him, their main focus is to stop (No.) 30. Well if you’re worried about stopping him, we’ve got Arik (Padilla) that can run the ball for us, we’ve got David (Avilez), Steve (Calvin) has been playing phenomenal for us the last couple of weeks.”

While Hunter Ogle leads the team with 1,391 yards rushing and 16 touchdowns, Padilla and Avilez have combined for 551 rushing yards and nine scores.

In the last three games, Calvin has 114 yards on seven carries and three touchdowns.

“He’s (Calvin) just a sophomore, and we thought coming into the season that he would help us, but he picked up slowly at the beginning,” Davis said. “The only reason he’s starting to play faster is because he understands. Usually when guys aren’t playing that fast or with urgency is simply they don’t know what’s going on or they don’t know the plays or they don’t know their responsibilities, they’re spending that whole time thinking and trying not to mess up. Now he’s picked up on the playbook, both sides of the ball and now he runs angry, he’s trying to score every time he touches the ball.”

CASA GRANDE — Casa Grande coach Jake Barro gathered his team up following Tuesday’s practice and told them what a great feeling he had.