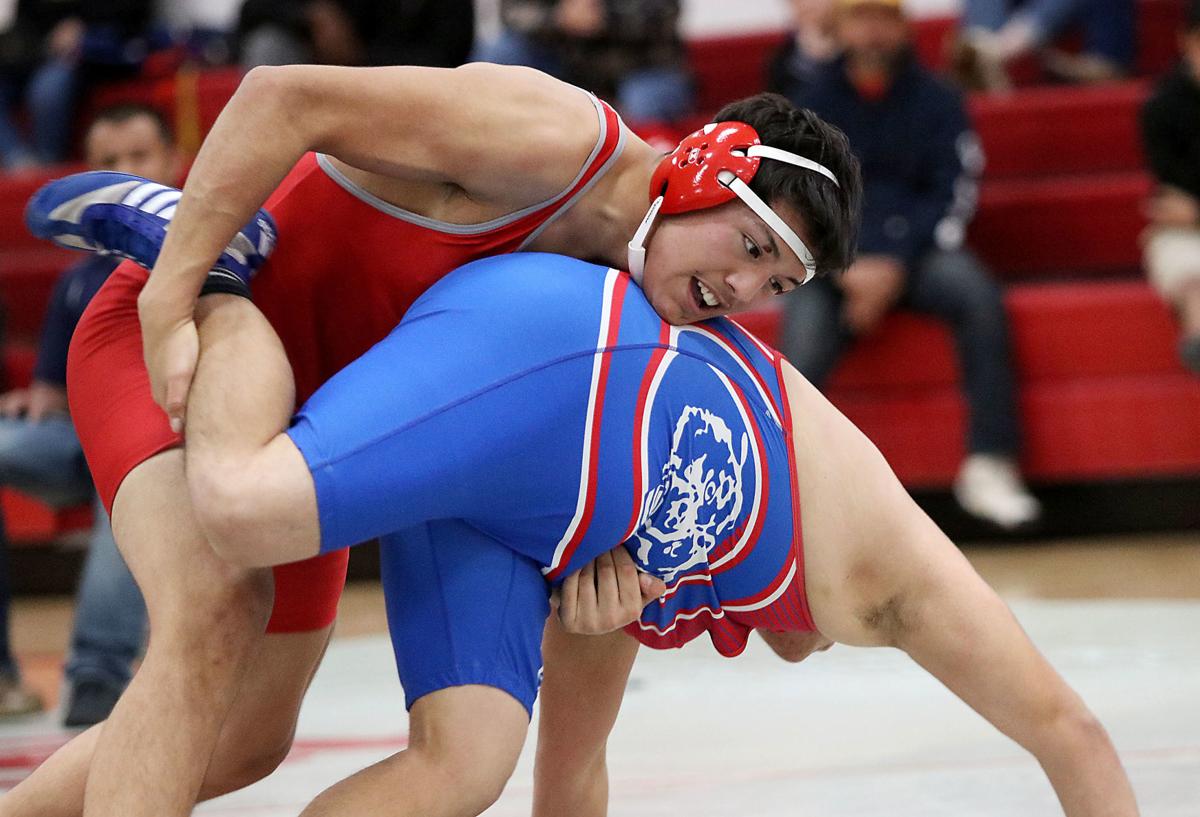 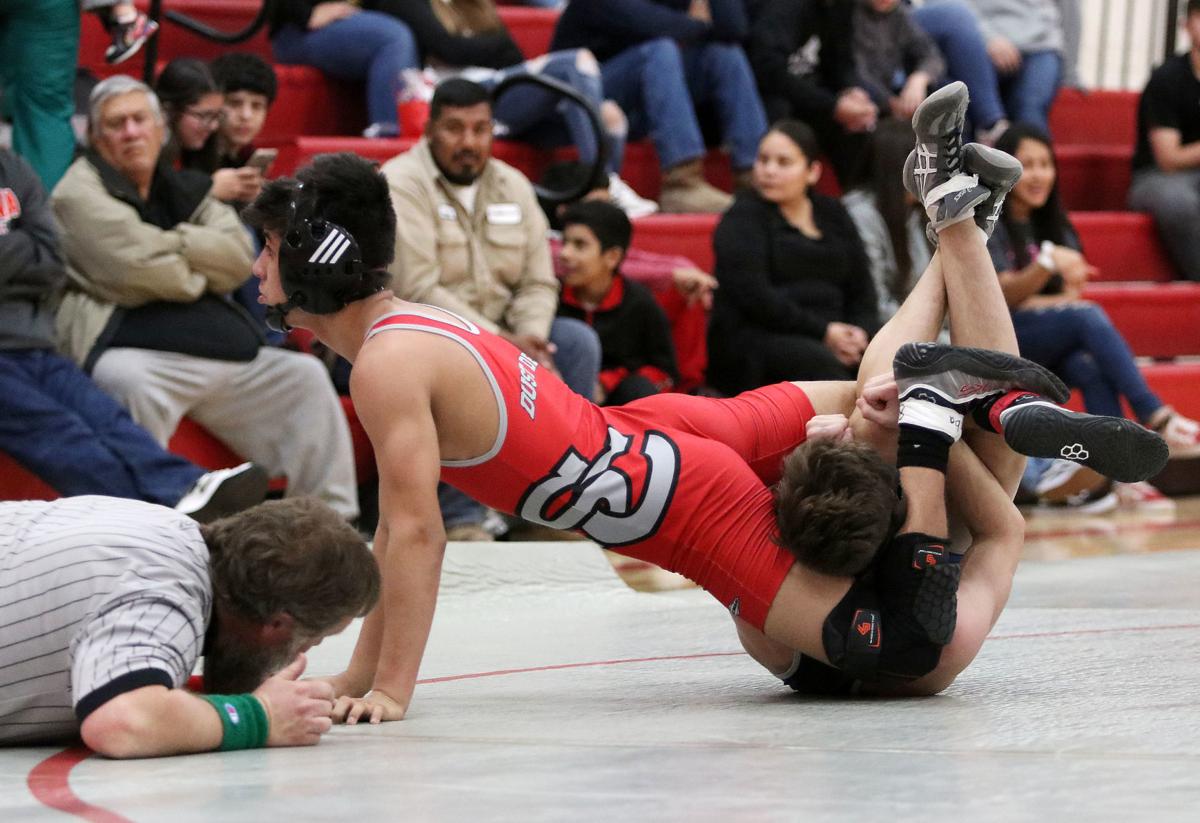 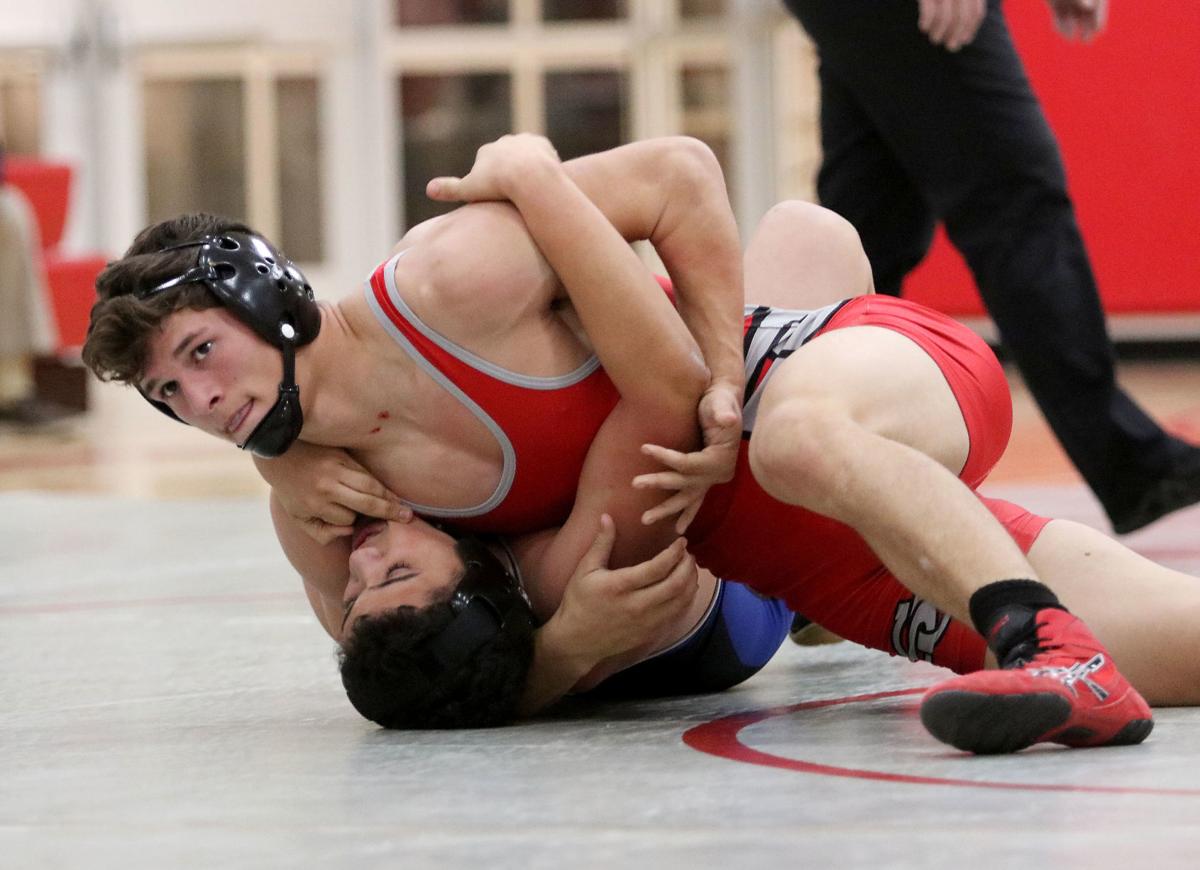 ELOY — With one wrestling meet left on its schedule before traveling to Mogollon for the Division IV Section III wrestling tournament, Santa Cruz Valley is the team to beat.

Before the season began, coach Ray Belloc made sure his team understood the target was on their back this year and the Dust Devils rose to the challenge, as they carry a 21-0 record in head-to-head meets.

Last year the Dust Devils walked away with a load of first-place hardware from the tournaments they participated in, and although they haven’t walked away with many first-place trophies this season, it isn’t for a lack of effort, but the tougher competition which includes defending state champions in the other divisions, such as Peoria Liberty and Tucson Sunnyside.

“That’s what we need,” Belloc said. “We want to be the best, we gotta beat the best, and we fell short in a few of those tournaments, but I think if we met each team head-to-head it would be something different. Next year we already have commitment from Sunnyside to meet us whether it’s here at home or in Tucson at their house, so we’re really looking forward to that.”

Following their fourth-place finish in the Mile High Challenge earlier this month, Santa Cruz placed third in the Peoria Invitational behind Liberty and Sunnyside.

“It’s just made every wrestler in here tougher,” Belloc said. “Again, you want to be the best, you have to go out there and wrestle the best. Those hard grind matches are what get us to the next level. With that being said, I believe we’re there. Before sectionals and state, we’ll grind even harder in this room, and hopefully they’re going to peak at the right time.”

Belloc almost has his whole lineup set for sectionals, except for the 120 weight class.

The Dust Devils have Derek Guanajuato, Joaquin Jimenez and Juan Flores in that group, and they will battle it out to see who represents that weight class, and the other two will wrestle to see who competes in the 132 weight class.

The goal this year for Santa Cruz is to defend its title and repeat as state champs. Given the wrestlers’ individual records and the team’s record, that goal is also an expectation.

“I’d hate to call it like that, but if things happen the way we hope they will happen, but I do see it happening,” Belloc said. “I’m pretty confident; the kids are doing outstanding. They’re putting in the work, they’re grinding, they’re showing it in the matches and the tournaments that they’re wrestling in, and with these wins and losses we’re learning something. They’ve been there, they know when to step it up, and I think we’re going to do just fine.”