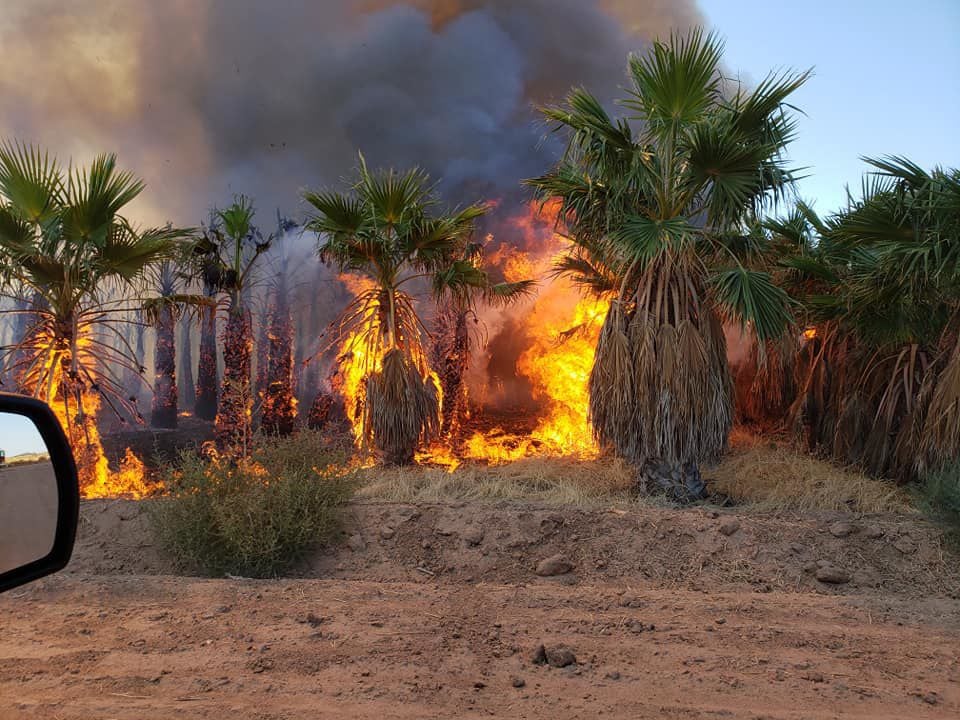 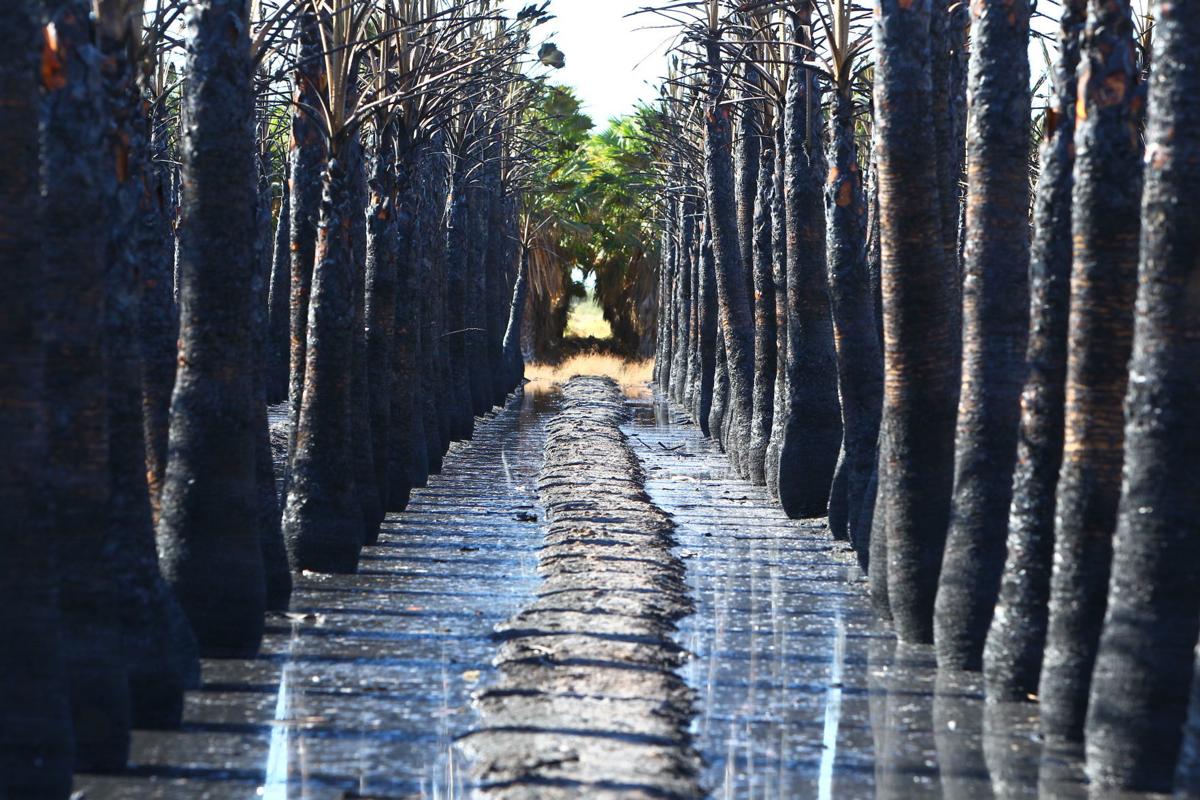 Irrigation water flows at a palm tree farm Wednesday, a day after a fire raged through the property owned by Robson Communities. 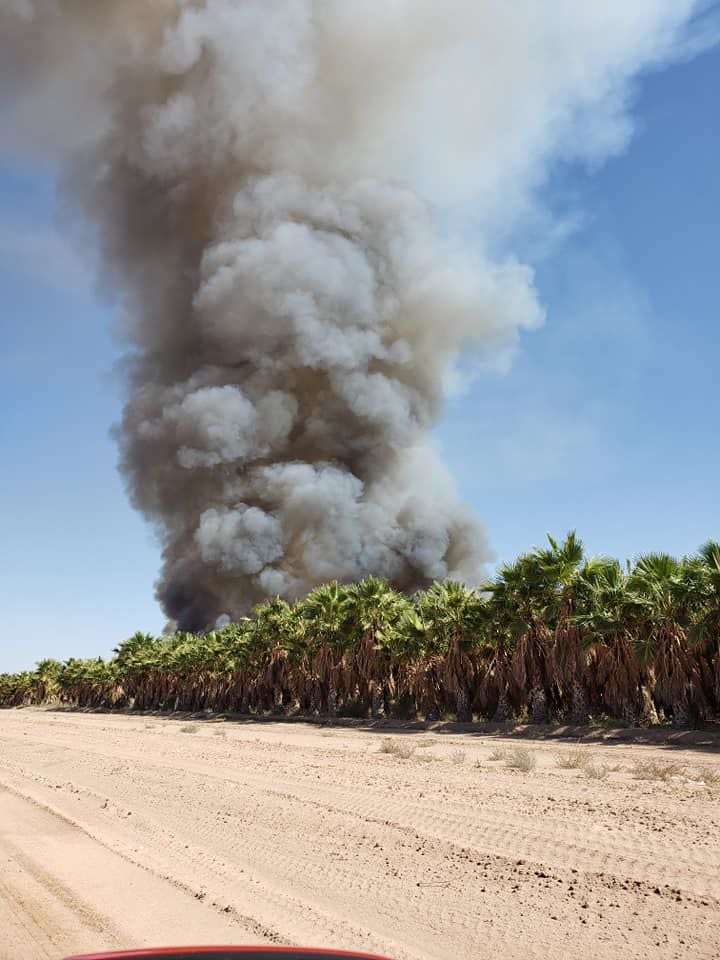 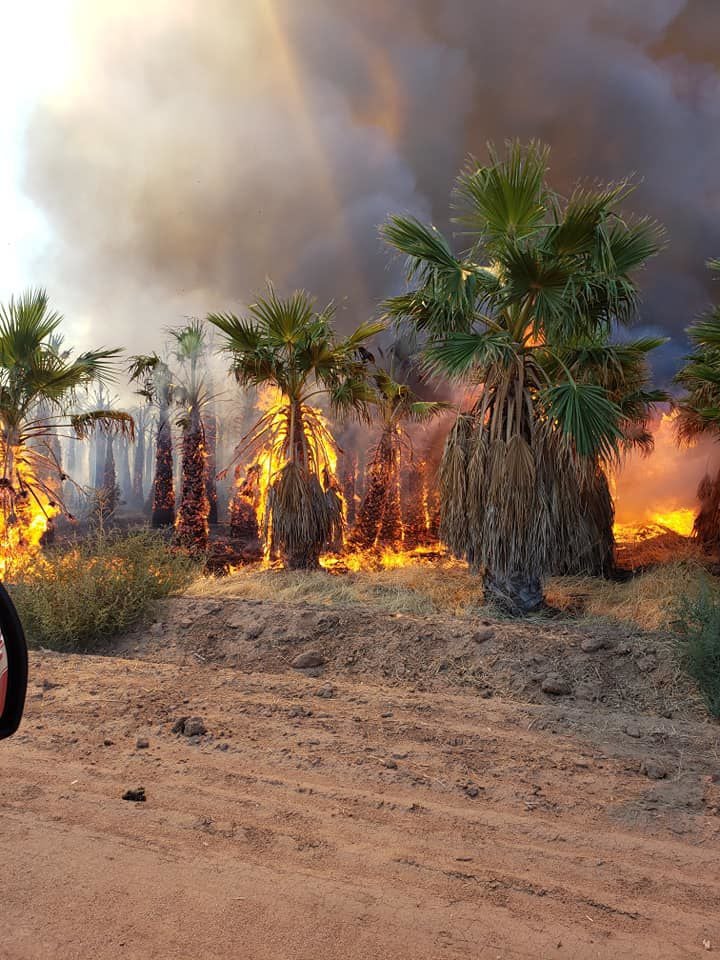 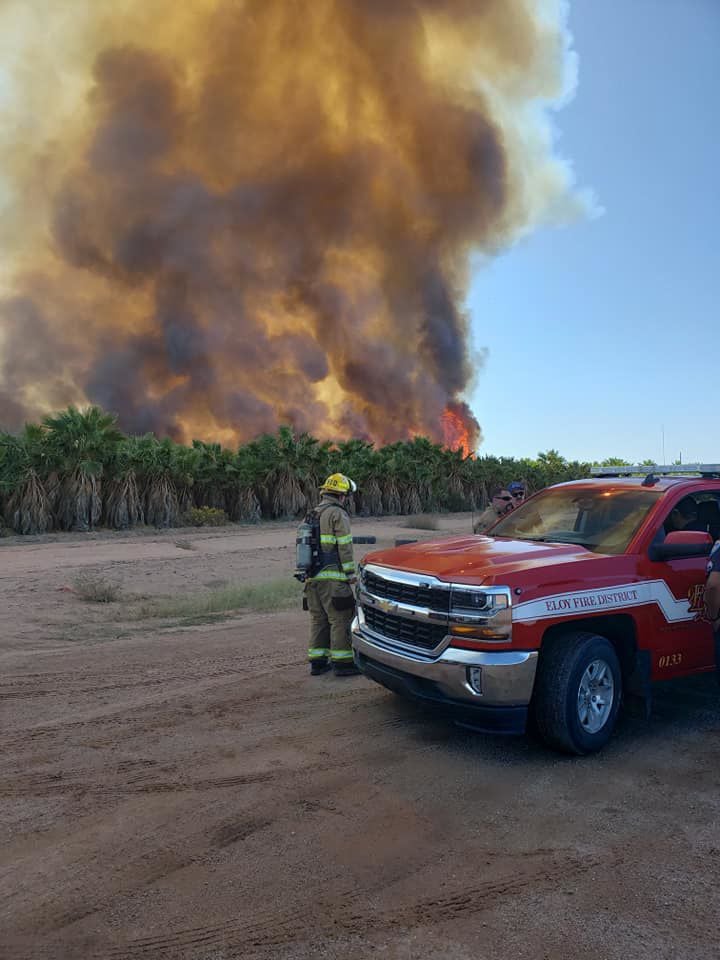 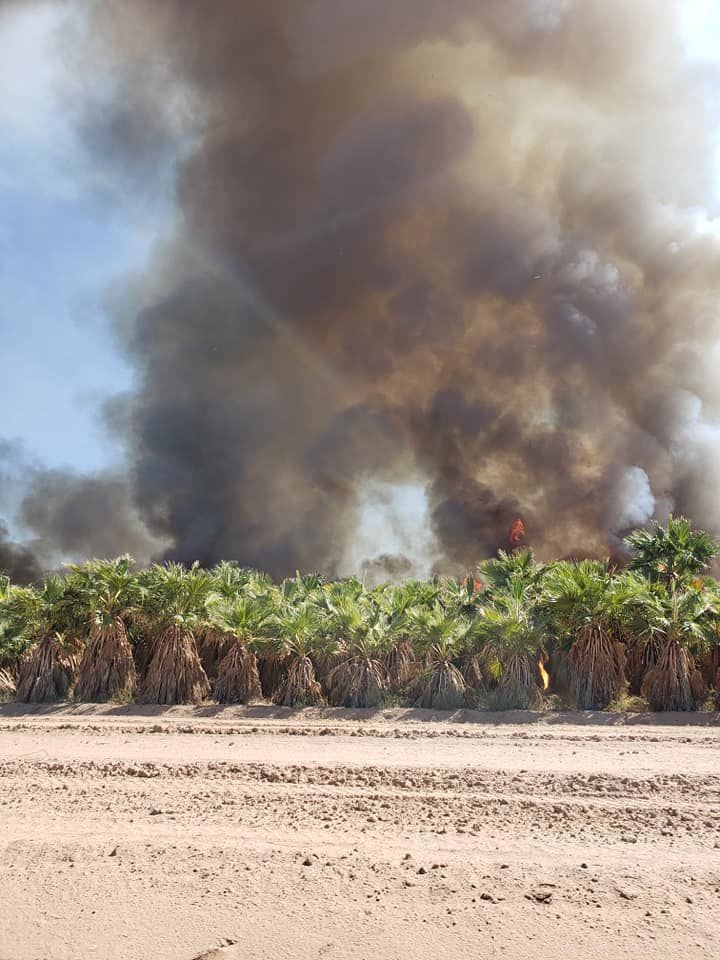 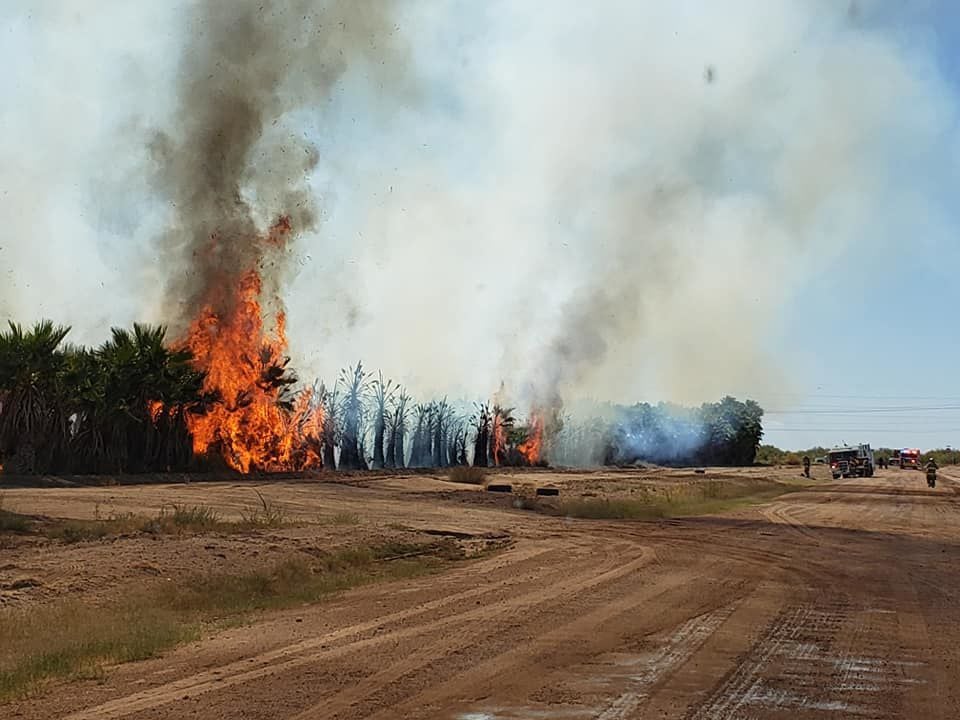 Irrigation water flows at a palm tree farm Wednesday, a day after a fire raged through the property owned by Robson Communities.

ELOY — A palm tree farm owned by Robson Communities burned Tuesday, and the fire may have been caused by safecrackers.

According to a worker on the farm, the fire may have started when someone was attempting to open a stolen safe on the edge of the tree farm, located at Signal Peak Road and Selma Highway. However, the cause of the fire remains under investigation.

Eloy Assistant Fire Chief Robert Maestas said the fire was fast moving when the department was dispatched to the area about 10:30 a.m.

“At that point at least half of the area had (already) burnt. There was a natural break in between the two sets of palm trees and our guys just did some chainsaw work and put down some wet lines. They were able to stop it right there, without it extending into the rest of the farm,” Maestas said. “The crews discovered an item that was referred over to the Eloy Police Department and they’re currently investigating that. It was a little out of place.”

While video of the fire from a television news helicopter, showing large palm trees ablaze, went national, the majority of trees that were burned were small. About half of the tree farm burned.

Eloy Fire District crews fought the fire through the afternoon. There were no structures in the area and only the trees were damaged. There were no reports of injuries. Crews managed to get a quick handle on the fire once on scene.

Wednesday morning a Robson Communities employee was on scene checking out the damage and getting above-ground irrigation started in an attempt to revitalize the burnt palms. He mentioned that a safe was found on the edge of the tree farm after the fire was extinguished, and Eloy Police returned to the scene to examine and collect the safe Tuesday evening.

Sgt. Kristie Barnette, spokeswoman for the Eloy Police, said it remains undetermined if the safe was the cause of the fire and the origin of the safe remains unknown as the investigation continues.

The tree farm is located across the road from Arizona Farm Products at 4789 W. Selma Highway.