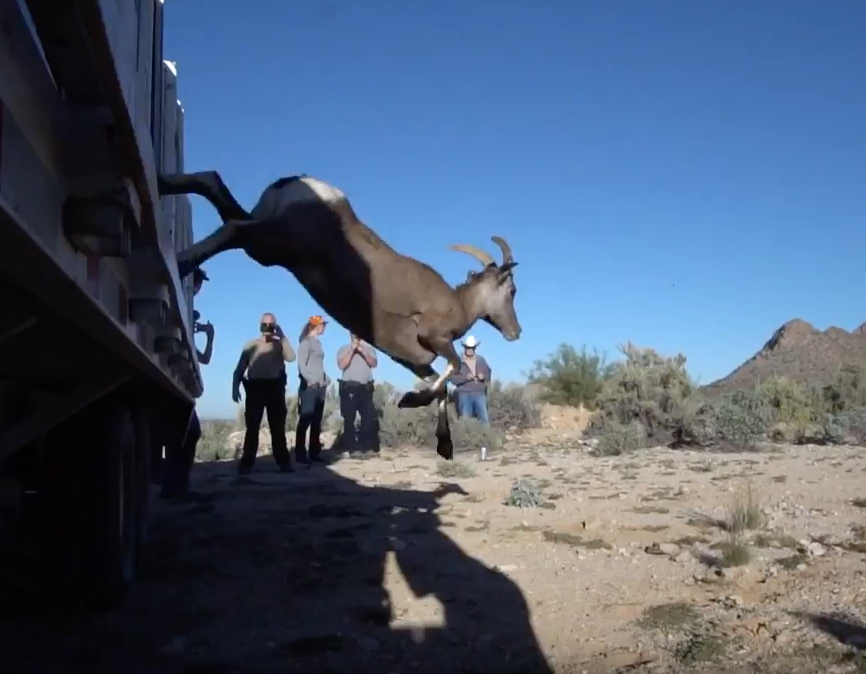 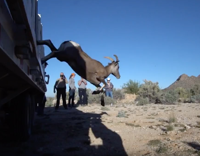 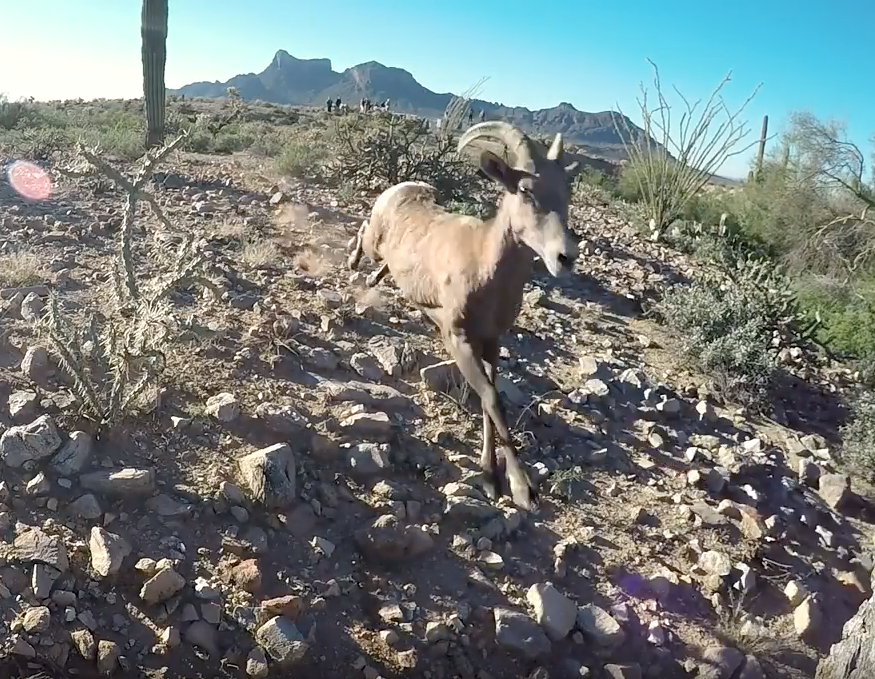 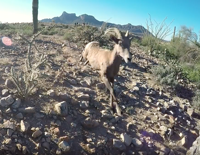 Dozens of bighorns were returned to their historical ranges last week as part of two translocations from robust populations of desert bighorns in the Silver Bell Mountains northwest of Tucson and Rocky Mountain bighorns near Morenci.

The first 30 animals relocated from near Tucson were moved in an effort to re-establish bighorn sheep in their historical range in Pinal County’s Picacho Mountains to the north.

“When we can help re-establish a native species to their historic habitat, we’re truly part of something special,” said Amber Munig, AZGFD’s big game management supervisor. “Projects such as these help us to conserve and protect bighorn sheep by establishing subpopulations within their native ranges, which could help if there ever were a disease outbreak. Such an outbreak wouldn’t have a devastating effect on the entire population.”

Picacho Peak and the Picacho Mountains are separated by a gap through which Interstate 10, Union Pacific Railroad and the Central Arizona Project aqueduct pass.

The bighorn were released in the part of the range to the north of Picacho Peak State Park.

The Tinder Fire, which in April 2018 charred more than 16,300 acres just southwest of the East Clear Creek/Leonard Canyon release site, helped provide proper habitat for the relocated bighorn sheep by ushering in new vegetation such as grasses, forbs and browse plants. Improved habitat conditions should assist in anchoring these bighorn sheep to their new home, which is within historic bighorn sheep range.

The translocations were no small operation as each required extensive planning and expertise of dedicated helicopter pilots, net gunners, muggers — those that exit the helicopter and safely secure the animals on the ground — and dozens of support staff and volunteers to protect and conserve Arizona’s wildlife.

All of the animals were given an identification ear tag and complete health evaluation before being released. A few were fitted with a GPS tracking collar to monitor their movements in their new locale.

The projects were a cooperative effort between the department and its partners, including Freeport-McMoran, U.S. Forest Service Apache-Sitgreaves and Coconino National Forests, State Land Department, the Arizona Desert Bighorn Sheep Society, the federal Bureau of Land Management, the Central Arizona Project, private landowners and volunteers.

PHOENIX – As the drought that has gripped Arizona for two decades grinds on, humans increasi…

Everyone knows Pinal County has its share of snakes, lizards and scorpions, but it also offe…