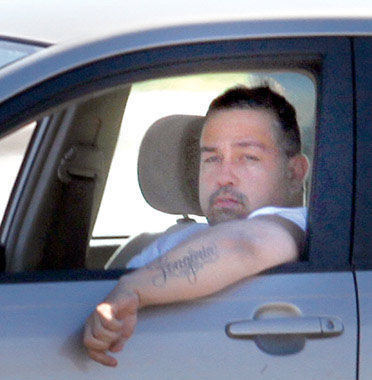 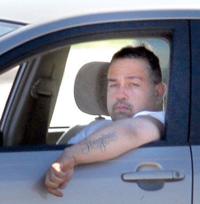 Manuel Longoria was shot and killed in 2014 after a 70-minute chaotic police chase through Eloy. 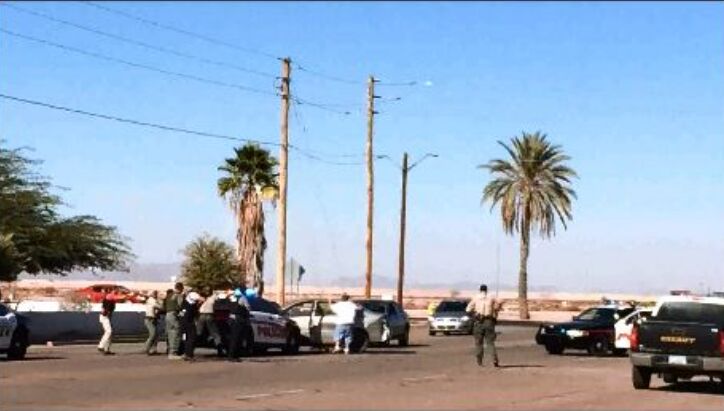 An officer-involved shooting in Eloy on Jan. 14, 2014, resulted in the death of Manuel Longoria. 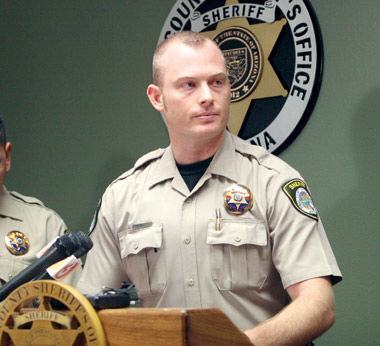 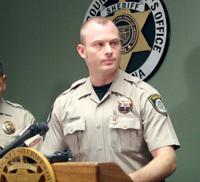 Manuel Longoria was shot and killed in 2014 after a 70-minute chaotic police chase through Eloy.

An officer-involved shooting in Eloy on Jan. 14, 2014, resulted in the death of Manuel Longoria.

The jury found in favor of Pinal County Sheriff’s deputy Heath Rankin and others on the first count of wrongful death under Arizona law but deadlocked five to three in favor of Rankin on a second count that Rankin had violated Manuel Longoria’s Fourth Amendment rights when he shot and killed him.

“It’s difficult to sue a law enforcement officer, but the family felt that the jury gave serious consideration to the case,” said Joel Robbins, an attorney for the Longoria family from the law firm Robbins and Curtin.

Robbins said the family plans to further pursue the case based on the Fourth Amendment count in the near future.

The Pinal County Sheriff’s Office declined to comment on the verdict at this time because of the jury’s decision on the Fourth Amendment issue.

According to court records, on Jan. 14, 2014, Manuel Longoria, 40, was shot and killed by Rankin after a 70-minute chase by Eloy Police officers and PCSO deputies in Eloy. The Arizona Attorney General’s Office cleared Rankin of any wrongdoing in the shooting in July 2014.

According to court records, Longoria was upset over his relationship with his wife, stole his brother-in-law’s car and drove around Eloy. When an Eloy Police officer attempted to stop Longoria in the stolen car, he fled and several officers gave chase.

The chase ended with Longoria crashing his car after the vehicle was disabled by Eloy Police officers.

Rankin was ordered, with his partner, to set up a perimeter at the intersection of Main Street and Battaglia Road with other deputies.

Rankin allegedly abandoned his position at the perimeter when he heard the crash caused by Eloy Police stopping Longoria’s car. Rankin grabbed a rifle and ran to the scene with his partner.

Longoria was hit with several bean bag rounds by Eloy officers and shot with a stun gun by a Pinal County Sheriff’s deputy before he eventually complied with officers, turning to face his car and starting to raise his hands in the air, when Rankin shot him twice in the back, killing him.

Rankin claimed that he saw Longoria bring his hands up in a “shooter stance” before he shot him.

The family’s civil lawsuit was dismissed in 2016 when a federal judge determined that Rankin’s actions were covered by qualified immunity.

Qualified immunity protects government officials from liability for civil damages for doing their job, as long as a reasonable person would determine that the officer’s actions do not violate someone’s clearly established state or federal rights. It also protects law enforcement officers from “mere mistakes in judgment.”

The family appealed the decision to the U.S. Ninth Circuit Court of Appeals. In 2017, that court reinstated the lawsuit and remanded it back to the U.S. District Court of Arizona.

The Ninth Circuit stated in its ruling that video evidence and testimony from officers at the scene undermined Rankin’s claims that he was justified in shooting Longoria and that only a jury could determine which side was correct.

The defendants in the case, Pinal County, PCSO, Babeu and Rankin, asked the Ninth Circuit to reconsider its ruling in November 2017. When the court denied the request, the defendants appealed the circuit court’s decision to the U.S. Supreme Court. In June 2018, the Supreme Court declined to review the case.