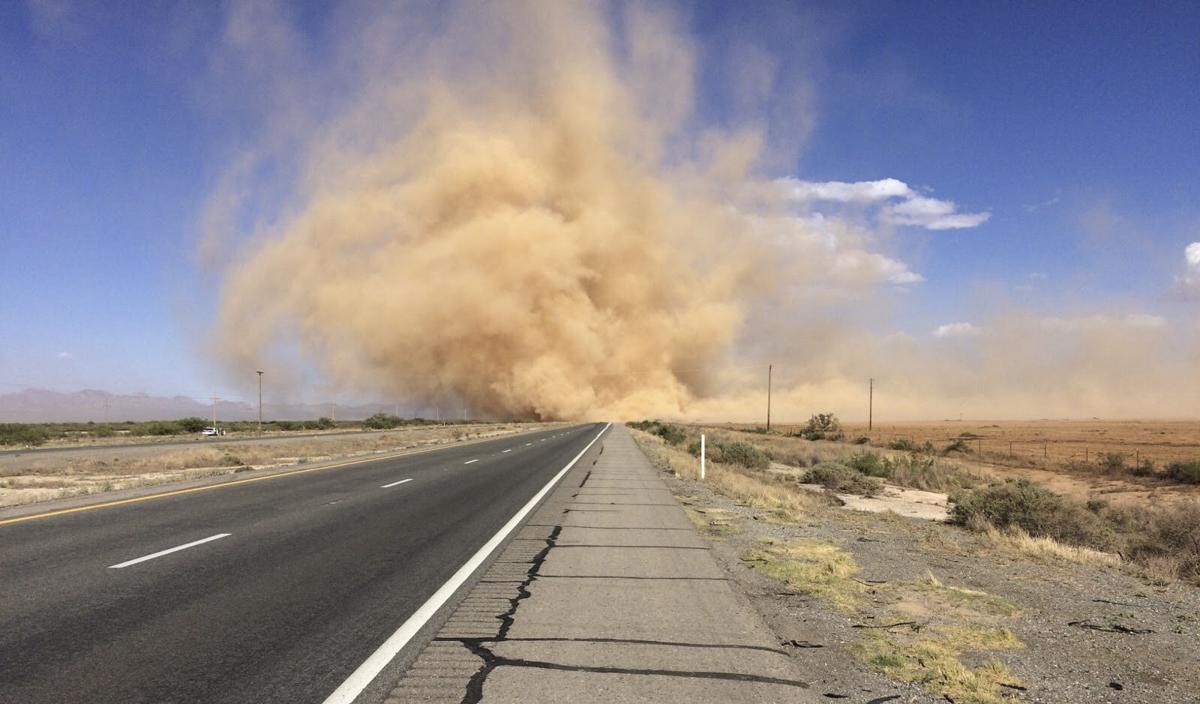 A dust storm moves along Interstate 10 in Arizona. 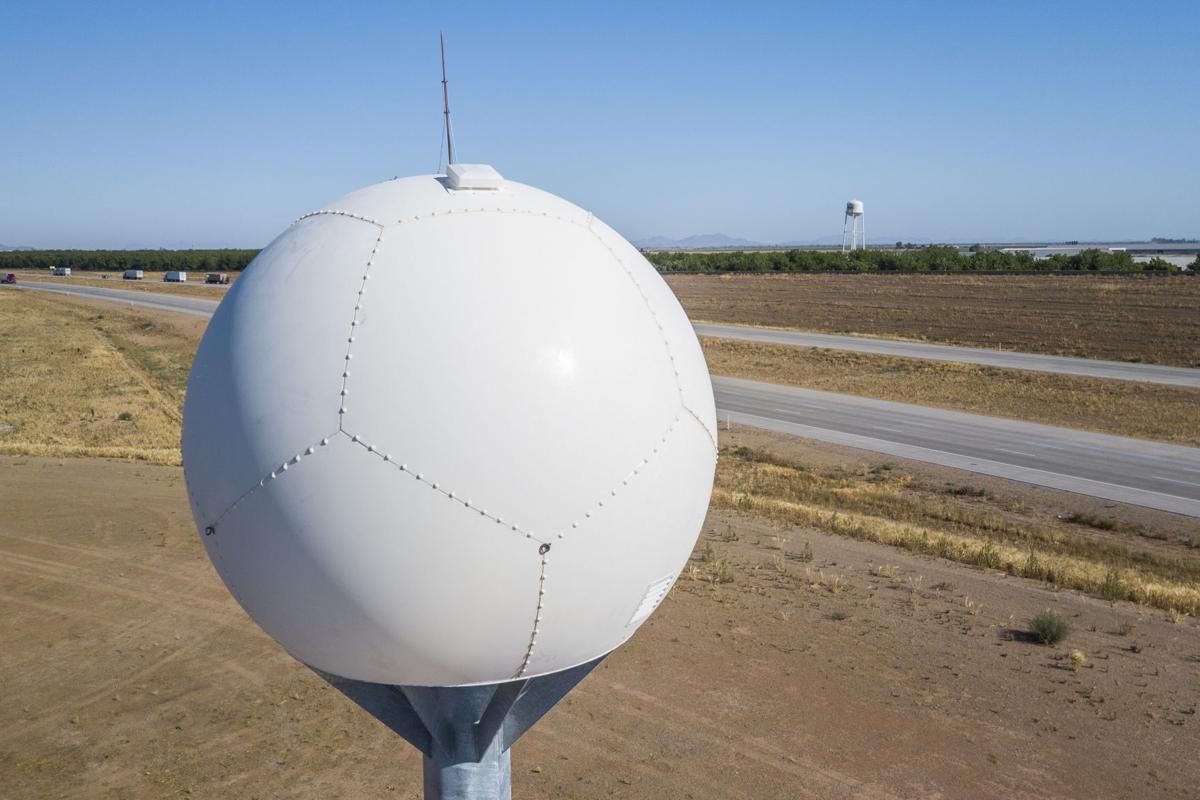 PICACHO — With its first monsoon season under its belt, data shows the state’s innovative dust detection and warning system in Pinal County works as designed.

Monsoon 2020, however, was not the most robust weather event, jokingly dubbed a “nonsoon.”

“It was a mixed blessing,” said David Locher, resident engineer for the Arizona Department of Transportation project. “Less dust storms is obviously a good thing when it comes to driving conditions; however, we didn’t have the normal weather events that would have been ideal for data gathering in our first season.”

There was one 20-minute event that provided measurable data. At one point during that storm, visibility dropped to less than 300 feet, triggering the speed limit to drop to 35 mph, which happens incrementally. How did drivers react to the warning system? The loop detectors showed that the average vehicle was driving about 45 mph, a big drop from the normal 75 mph limit.

“We do know that the system is working — it is doing what it’s supposed to,” said Kevin Duby, statewide road weather manager. “Our next step is to take the data we have to evaluate and determine the efficiencies of the system to improve performance.”

Often debilitating, dust storms in Pinal County between Tucson and Phoenix have been a safety concern for many years. A study from 2010 and 2015 detailed how traffic was impacted along that Interstate 10 corridor, showing 83 dust-related crashes with more than half of them occurring within about a half-mile of each other.

The 10-mile area along I-10 in the Eloy area between mileposts 209 and 219 was identified as the focus of safety efforts. In 2016, ADOT, Arizona Department of Public Safety and National Weather Service staff, as well as vendors and contractors, began creating a system to help Arizona drivers be better equipped to deal with dust storms. Nothing of this nature existed so it was a momentous undertaking and would require substantial funding. A Federal Highway Administration grant was secured to help fund the $72 million project, which also included widening I-10 and improvements to the State Route 87 traffic interchange.

The dust-detection technology employed includes overhead message boards, variable speed limit signs, closed-circuit cameras and short-range detectors for blowing dust. In addition, a long-range weather X-Band radar dish is part of the system, sitting atop a 22-foot-tall pole at the SR 87 interchange that can detect storms more than 40 miles away.

Despite the literally dry run this year, the first-of-its-kind dust-detection and warning system has already received some impressive kudos.

It received regional recognition in the 2020 America’s Transportation Awards contest in the Operational Excellence category. Sponsored by the American Association of State Highway and Transportation Officials, the U.S. Chamber of Commerce and AAA. The National Weather Service also named ADOT as a 2020 Weather Ready Nation Ambassador of Excellence, for upholding the shared mission of protecting life and property through proactive public outreach and hazard mitigation efforts, and specifically cited the dust detection system.

This perfect storm of technology was assembled for this project, and its impact will be measured more in depth as time goes on.

Kim Larson is a writer with ADOT Communications.

I-10 dust detection system in Eloy to include radar

New SR 87 freeway interchange in Eloy can expand when needed

MARICOPA — In spring and fall, dust blows west to east over the desert floor. It’s not the w…

Arizona stretch of I-10 will get dust-storm warning system

Dust storms lead to collisions and fight among motorists near Eloy