Semi trucks travel through the Arica and Sunland Gin roads intersection on Tuesday south of Interstate 10. 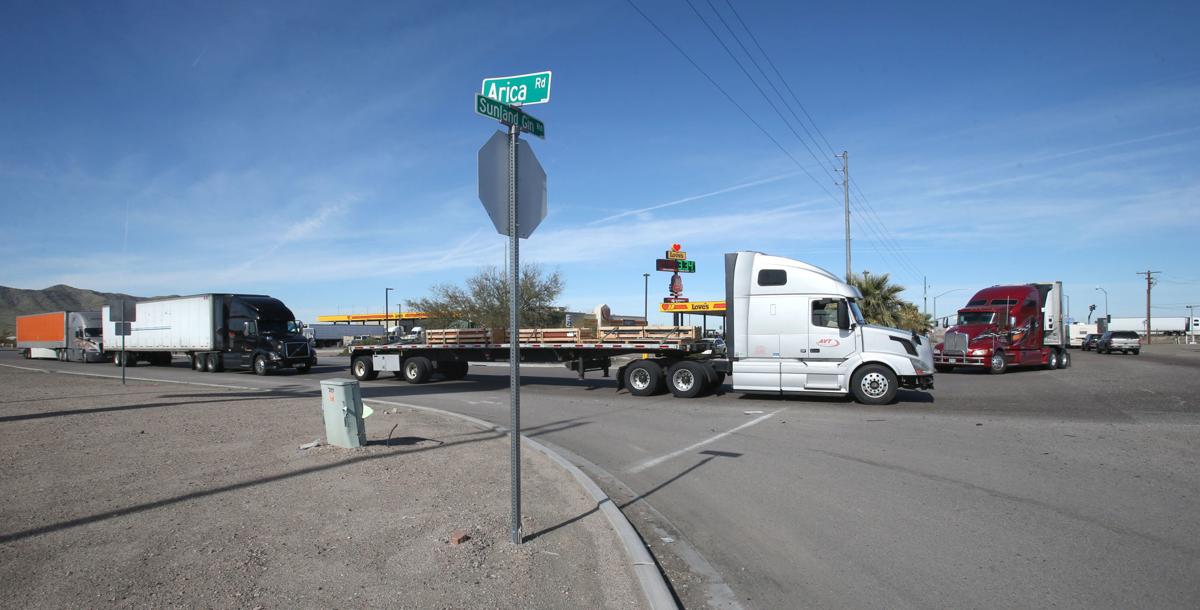 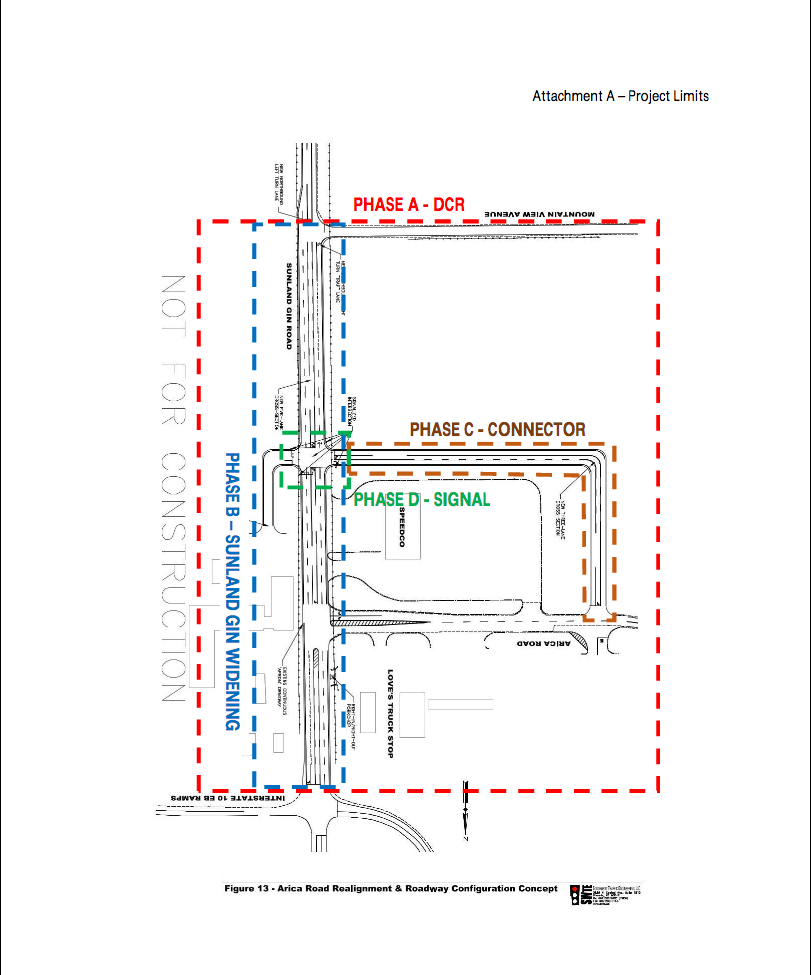 A design Southwest Traffic Engineers provided to the City of Eloy as an alternative solution to the congestion on Sunland Gin Road between Arica Road and Interstate 10.

Semi trucks travel through the Arica and Sunland Gin roads intersection on Tuesday south of Interstate 10.

ELOY — The City Council voted 6-1 to approve a contract with Sunrise Engineering to provide a conceptual design for the widening of Sunland Gin Road south of Interstate 10 and a connector road with a traffic signal to bypass the intersection with Arica Road.

In May 2019 the city contracted Southwest Traffic Engineers to perform a traffic analysis of the intersection and received several alternatives to improve the area.

While Southwest Traffic Engineers already provided a basic design, Sunrise Engineering will develop a design concept report that includes a preliminary design for the overall project improvements such as developing cost estimates and the associated right-of-way acquisitions necessary for the project.

That aspect will be the first phase of the project and will require approximately six months to complete. From that point, city staff will evaluate the available funding for the proposed improvements and determine how to proceed with the right-of-way acquisitions.

City Manager Harvey Krauss told the council that once there is a cost estimate, the city will go to the county and the businesses in that area to plan out how to pay for the construction.

“I have full intention of involving the county on this project and they have tentatively said that they would contribute,” Krauss said.

The second phase of the projects will include the final engineering plans for widening Sunland Gin Road, which will also take approximately six months to complete.

The last two phases would be the connector road and the installation of the traffic signal.

The design by Southwest Traffic shows the connector road starting at Arica Road and going around the Speedco tire shop.

Public Works Director and City Engineer Keith Brown told the council that the city is aware of the many challenges it will face with this project.

“It’s not going to be an easy project but that’s why we want to go through the design concept report and engage the businesses and the agencies,” Brown said.

Vice Mayor Micah Powell asked if Arica Road would still be a two-way road leading up to Sunland Gin Road and added that it would defeat the purpose of having the connector road and the traffic signal.

“Wouldn’t it be best if we turned it into a one-way road right there and then have the new road as the go-to road for anybody coming out of that area?” Powell said.

Brown told Powell and the rest of the council that the first phase of the project with Sunrise Engineering will be to evaluate those options in detail.

“We’ve looked at making it a one-way but we haven’t made that decision yet,” Brown said. “When we go through this process we’ll be looking at those options and recommendations.”

Councilman J.W. Tidwell was the one who voted no on the contract approval and stated that it does not benefit the Eloy residents.

“This is Arizona City. Arizona City is county, why don’t the county and state pay for this interchange?” Tidwell said. “Residents of Eloy will have to pay for this and will see no benefit. I say let’s stay at home and get our own roads fixed before we start fixing any county roads.”