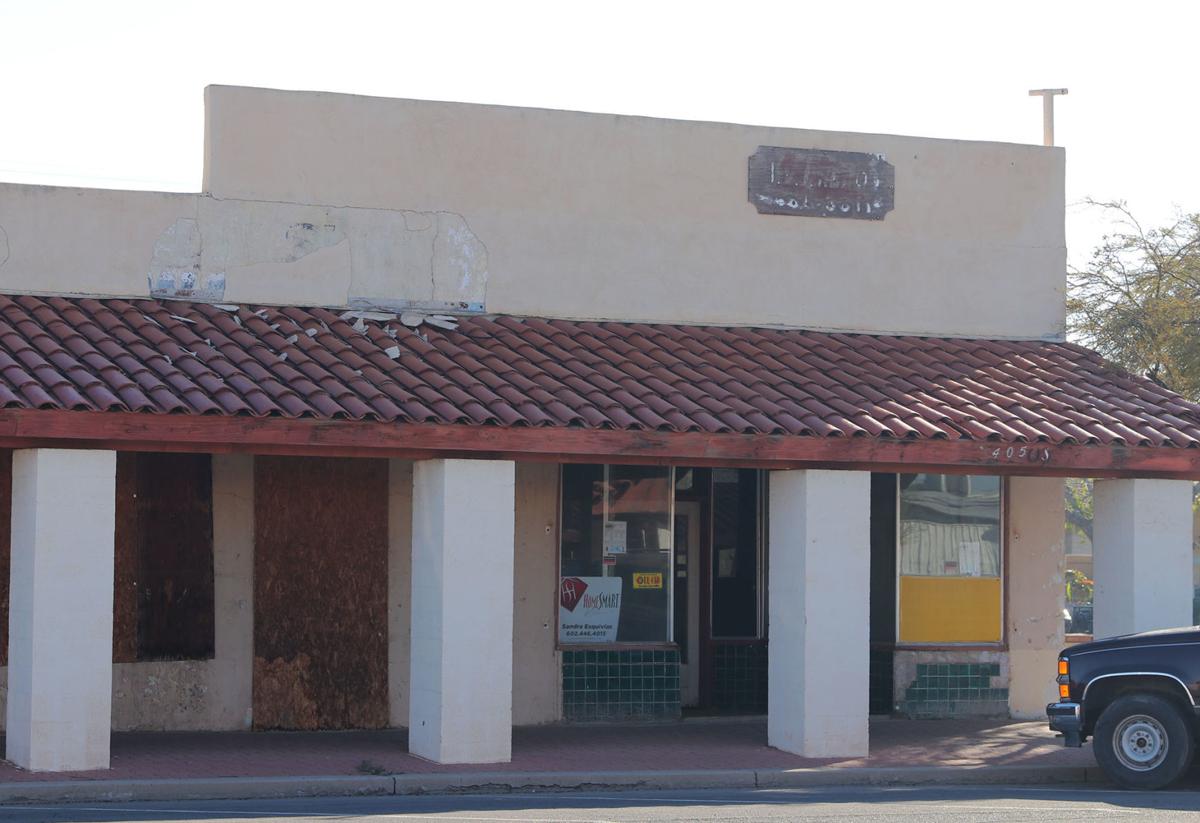 The HomeSmart building along Main Street, with the current canopy and columns, is among the downtown buildings in the arcade-renovation project. 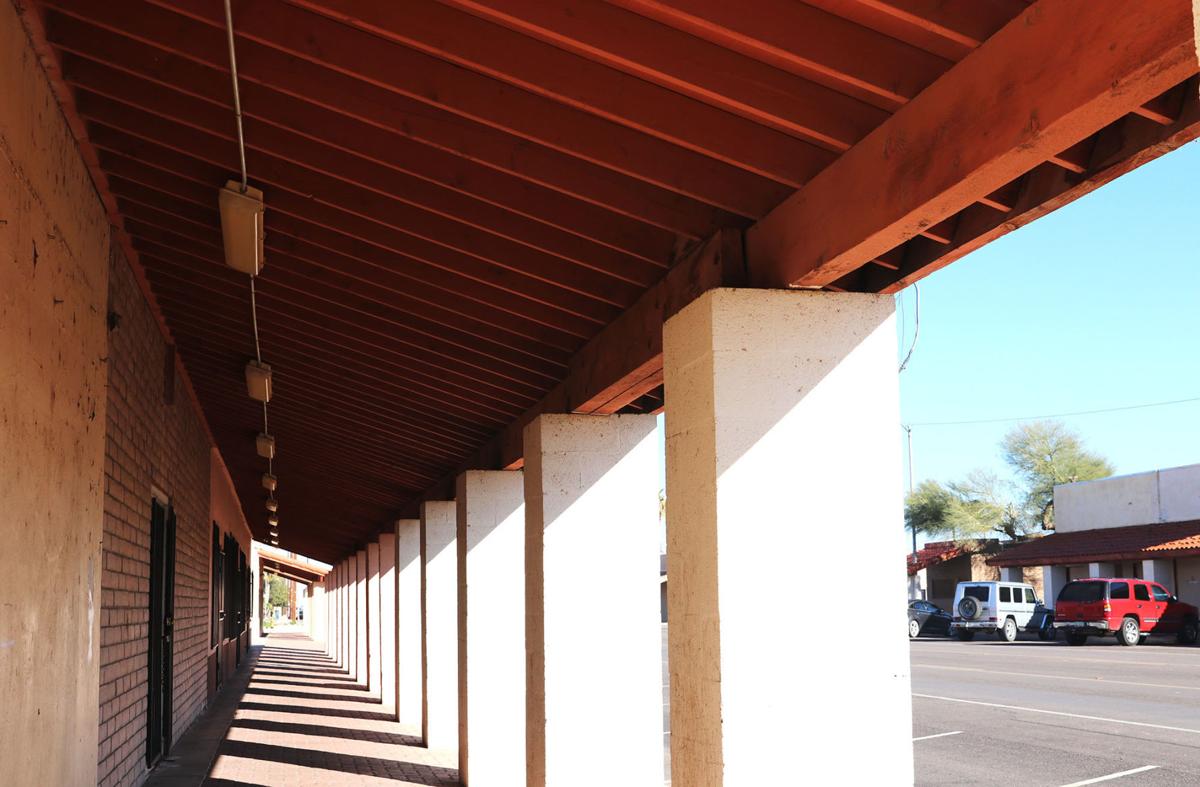 The current canopy along Main Street is proposed for renovation. 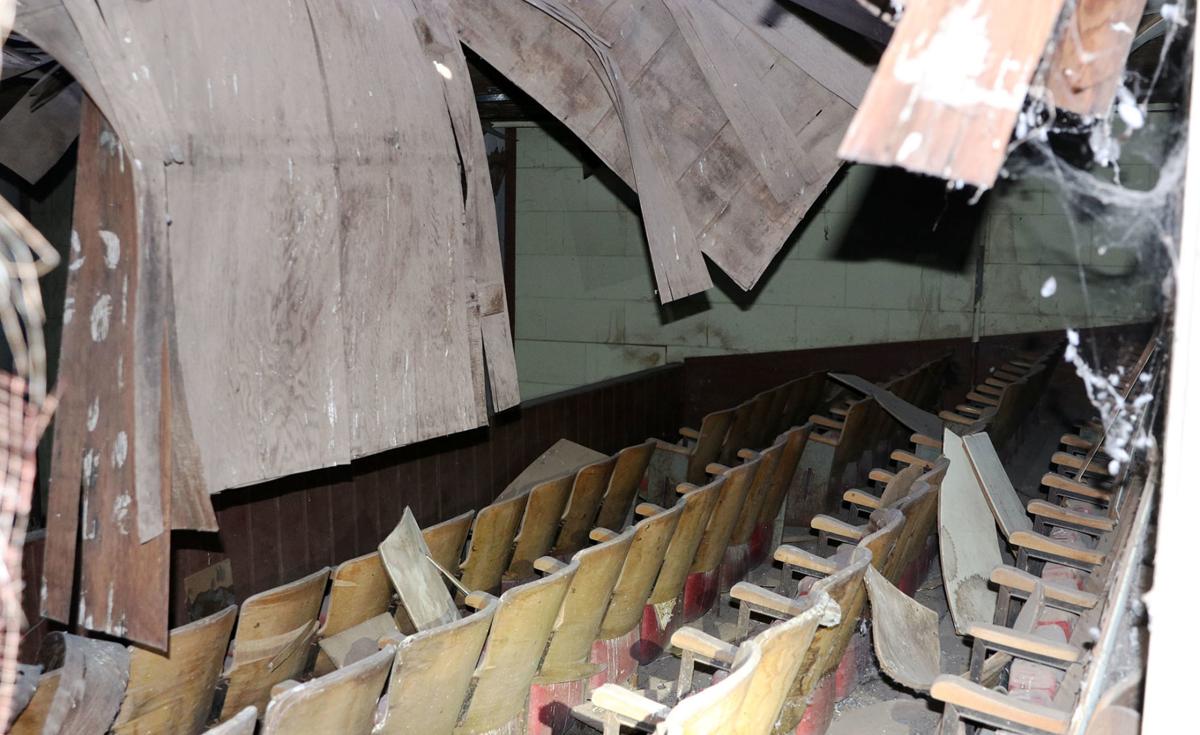 The HomeSmart building along Main Street, with the current canopy and columns, is among the downtown buildings in the arcade-renovation project.

The current canopy along Main Street is proposed for renovation.

ELOY — For the past year the Eloy City Council has constantly discussed the idea of sprucing up and renovating the appearance of buildings on Main Street.

The council has consulted with two different architects and on Jan. 27 the discussion continued on what the city should do to enhance the downtown area.

“It’s very frustrating,” Councilman and business owner Georges Reuter said. “I’m having deja vu, we’ve talked about this. We had the same discussion months ago when I said we talk a lot and we don’t do anything. We should put a deadline on this, since last time we talked and nothing happened. We paid an architect to do stuff and we don’t accept it, we talked to another and again nothing happened. We look like we don’t care.”

Lupe Galaviz, of Home & Auto store, was one of the business owners on hand for the meeting and expressed her displeasure with the city’s inability to do something to the buildings.

“It is well past needed,” Galaviz said. “Nothing is getting done to the buildings and we’re tired of it. We’ve been here for 30 years and nothing has been done to the look at all.”

Galaviz added that if nothing is done to the building she will take her business somewhere else.

“I’m not trying to put pressure on anybody but we are worn out,” she said. “We also own the empty lots next to us and we probably wouldn’t even be able to sell anything, nobody is buying in Eloy. So we probably just board it up.”

Both Reuter and Vice Mayor Micah Powell agreed that it would look bad to have a longtime business leave Main Street, especially when the city is trying to attract new businesses.

“It’s been years and years,” Reuter said. “It’s a lot of talk and no action. We really have to show our constituents that we actually care. All this stuff is happening around us and it looks like we don’t even care, like we don’t want Eloy to get bigger. Why spend all those hours here and there’s no result, it’s just a waste of time.”

Economic Development Specialist Jeff Fairman presented to the council some ideas from the Eloy Downtown Advisory Commission. They include simple fixes in an effort to create a safer street front and give Main Street a much needed “curb appeal.”

After speaking with the two previous consultants, the Main Street renovation project had an estimated cost of around $160,000 but slowly increased to almost $1 million.

“We sat back and started to rethink,” Fairman said. “What’s necessary? What needs to be done? How can we make this work? We are just fixing what we have and making it look a lot better.”

The first priority for the downtown commission is to repair the wooden overhang structure and replace the roofing underlayment and tiles with similar materials.

“Some of the tiles are missing, some are broken and some are actually falling off,” Fairman said. “It’s time to do something about that. It doesn’t necessarily look like a town that wants to take care of itself. So what I’m trying to do in cooperation with the downtown advisory commission is improve our front door.”

Galaviz supported the idea of having the roofing tiles replaced, adding that there’s always a chance of a title falling on people or their cars and that it is a hazard to walk and park in that area.

The next steps would include a fresh coat of paint for the buildings and columns while adding a style similar to the new City Hall and the renovated Police Department building.

According to Fairman, the total project is expected to have a budget of $250,000. He added that business owners and members of the downtown advisory commission will approach various organizations in an effort to raise additional money.

Other phases to the project include repairing the sidewalks and possibly adding some murals to the sides of buildings.

“I don’t think it’s beyond the realm of possibility,” Fairman said. “It looks great, it adds color, it creates a sense of place and all that is going to be advantageous to us moving forward. Just something to create a level of excitement. It’s not unusual to see people in front of these murals taking photographs and I think that’s a wonderful way of showing our community pride.”

The old Dust Bowl Theatre building also was briefly discussed, but that is currently a separate focus from the businesses currently operating on Main Street.

Fairman did point out that since he arrived in Eloy, he’s heard different numbers on what the estimated cost would be to renovate the theater.

He added that the first step in deciding what to with the theater is to get accurate estimates of the costs to either demolish it, rebuild its shell or to rebuild it to function as a theater again.

At the meeting, $250,000 was approved only for repairing the overhangs and tiles and painting the structures on Main Street.

“We’re going to look at phase one, and phase one is going to get us to a certain point where we can do a lot of other stuff,” Fairman said. “Once this is done, we can come back and talk about a lot of different things and they can come in a future phase.”

Dust Bowl Theatre: To save or not to save, Eloy officials must decide

ELOY — CORE Construction and Architekton may have to set up a permanent office in Eloy.