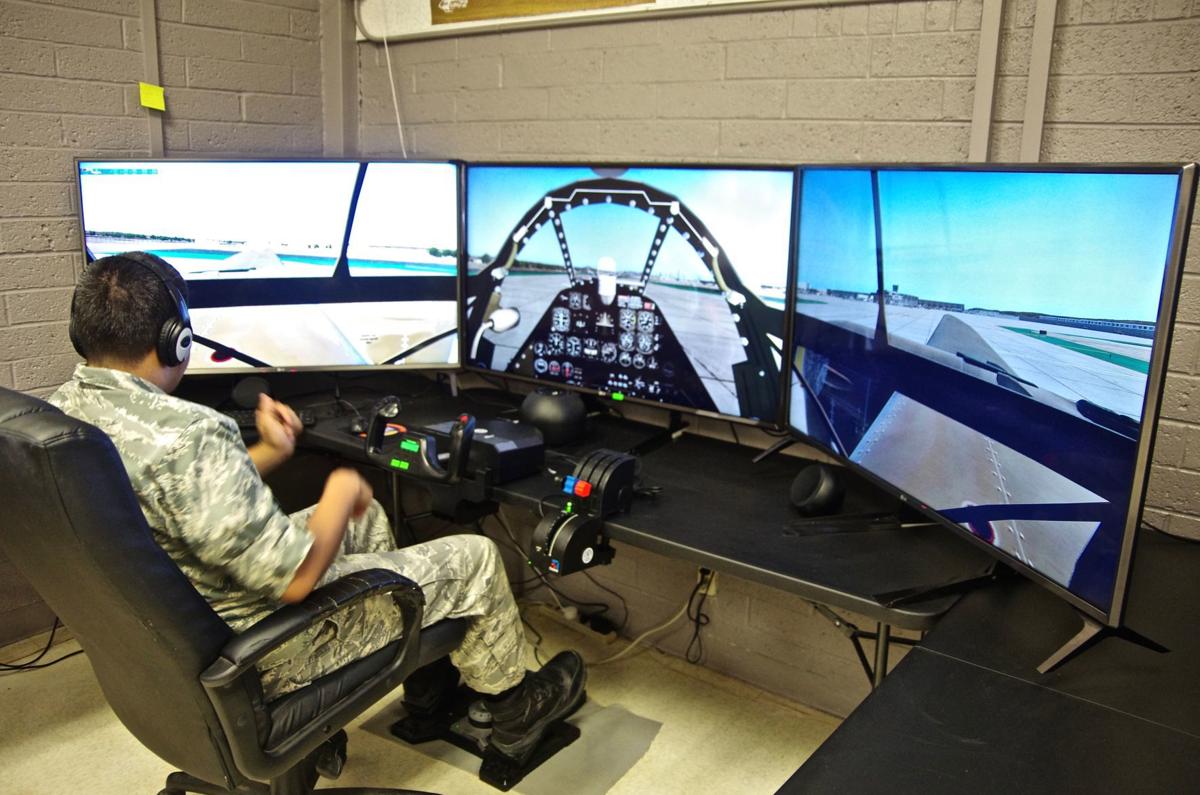 A member of the Eloy Composite Squadron practices his flying on a simulator at the Aerospace Center in Eloy. 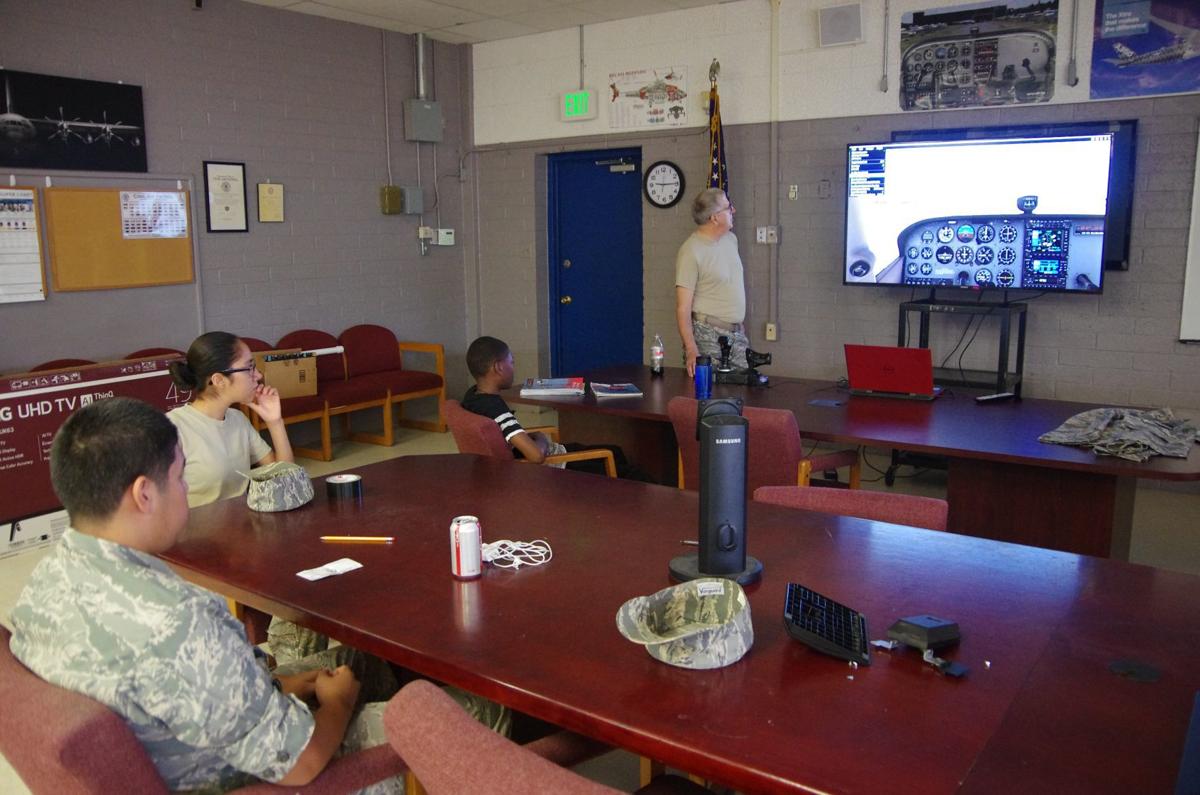 Eloy Composite Squadron Commander Capt. Kevin Rattey lectures some of his cadets on flying at the Aerospace Center in Eloy. 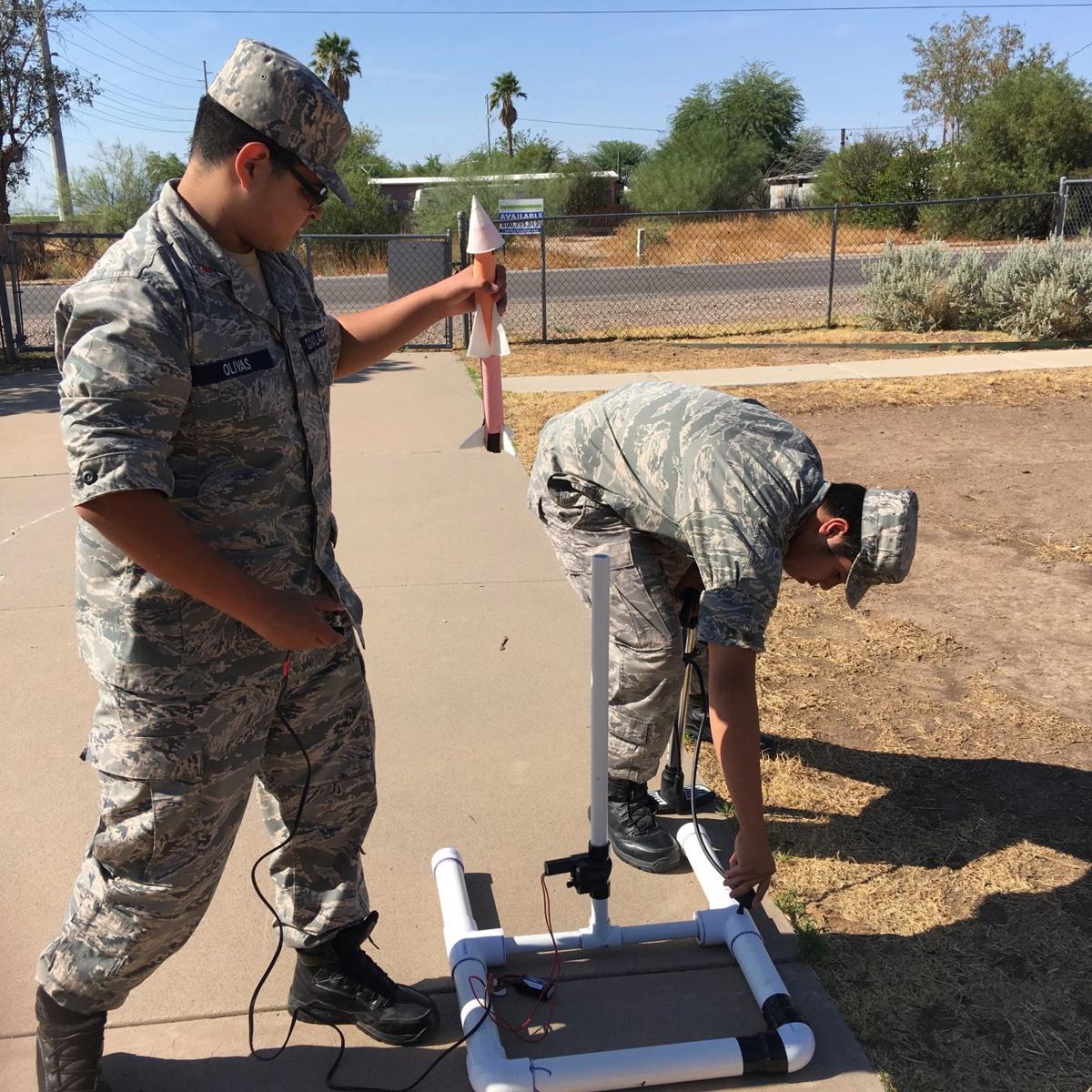 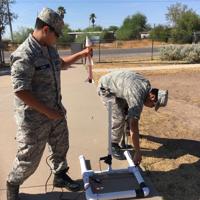 Cadets of the Eloy Composite Squadron launch rockets outside of the Aerospace Center in Eloy. 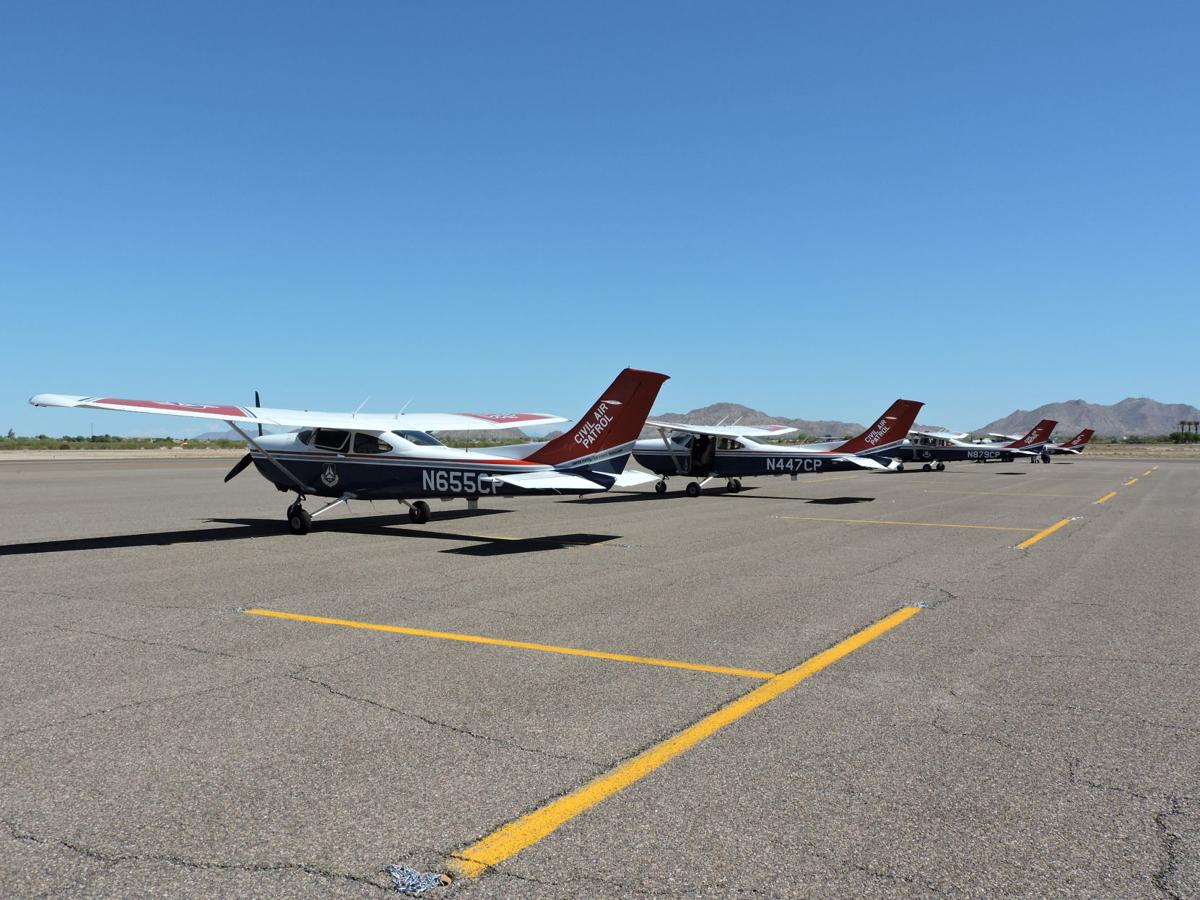 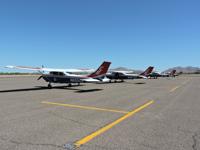 Civil Air Patrol aircraft that members of the Eloy Composite Squadron get to fly after practicing on simulators at their Aerospace Center.

A member of the Eloy Composite Squadron practices his flying on a simulator at the Aerospace Center in Eloy.

Eloy Composite Squadron Commander Capt. Kevin Rattey lectures some of his cadets on flying at the Aerospace Center in Eloy.

Cadets of the Eloy Composite Squadron launch rockets outside of the Aerospace Center in Eloy.

Civil Air Patrol aircraft that members of the Eloy Composite Squadron get to fly after practicing on simulators at their Aerospace Center.

ELOY — Although the Eloy Composite Squadron and its Aerospace Center have been around for a little over a year, Squadron Commander Capt. Kevin Rattey feels the timing is right to invite the surrounding communities to join the Civil Air Patrol.

Originally the squadron met on Fridays because there’s no school on Friday in Eloy. But they decided to move the meeting day to Saturday so kids in Casa Grande and Arizona City could also participate.

The Aerospace Center is for kids ages 12 to 18 who are interested in aerospace. They will learn elite flight training on anything from a glider to a fighter jet.

“What’s really cool for them is the ones that really want to go into flying, is every couple of months we take them to Casa Grande and put them up in the CAP aircraft,” Rattey said.

The Civil Air Patrol is the official civilian auxiliary of the Air Force and can eventually lead the cadets into the military via a scholarship.

“If they want to do flying, there’s so many scholarships in flying right now,” Rattey said. “All they have to say is, ‘I want to be a pilot,’ and the Air Force will take them in a heartbeat. We’re short of pilots, so anyone who wants to fly has a guaranteed career. Even airlines are bugging everybody, a fight’s breaking out over who gets them. Our job here is to get them to the point that whatever your particular interest is, we’ll find some school or some business that will take you.”

The goal Rattey has for his cadets is to see them go on and be successful.

“I try to tell them that geography and your economic situation doesn’t dictate your ability,” he said. “Your ability will take you where you want to go, you just have to find a way to get there but don’t let the poverty issue or the economic issues shut you down. That’s what I try to teach these guys, don’t worry about all that crap. What do you want to do and where do you want to go? We’ll find a way to help you out, there’s always a way if you’re willing to work for it.”

He added that the only limitation is in the cadets and how much effort they put into it.

“You can bring them to the well but they just won’t drink, no matter how thirsty they are,” he said.

The CAP is self-directed and allows cadets to progress at their own pace. The cadets can be promoted every 60 days, once they complete an online test, drill test and a physical test.

“We encourage them but we’re not going to hold their hand and force them to come along,” assistant instructor Arvin Van Ry said.

Rattey added that some kids just are not interested in being part of the program and should not be forced to participate in it.

“I tell the parents, don’t force your kid to come here because all we’re doing is babysitting them,” Rattey said. “We don’t like to carry anybody and we don’t want to be a babysitting service. We want them to earn their rank, we don’t give away anything here. You want to be a pilot? We’ll get you there, but you’re going to have to work at it. We don’t chase the kids, we don’t coddle them, we guide them and mentor them and hopefully they’ll develop and want to do this.”

The program also offers kids the opportunity to come out of their shell or keep from getting involved with the wrong crowd.

Rattey recalled one cadet who was so shy that he was "afraid of his own shadow" and he would not talk to any one. The squadron took a field trip to Casa Grande to fly planes and after seeing all the other cadets enjoying themselves, the shy cadet decided to try it out.

“He went up and we thought well, there’s five minutes, he’ll be back, so don’t leave,” Rattey said. “Then 45 minutes and he’s not back. He comes and he lands and he’s grinning ear to ear. He said he wanted to go to camp, we sent him to camp and he’s a new man, now he’s a sergeant.”

The center offers different simulators that are connected on a network and interact, which allows for air traffic control, formation flight, aerial combat and more.

Instructors control the instructor stations and can change the weather and alter the cadet’s flight instruments to fail, to see how they handle the situation.

The center has seven seniors including Rattey and Van Ry to help guide the cadets. Each adult comes from a different background outside of aerospace such as computers and counseling.

Overall the Aerospace Center emulates what the Air Force does as far as training the cadets with the flight simulators. However, being involved in the squadron does not mean that the kids have to continue on into the military.

“There’s a couple (students) that we have that are natural fighter pilots,” Rattey said. “We let them play. It’s getting them to learn while they don’t think they’re learning. We try to be an active squad with a lot of hands on if we can. They’re still kids even though we have the uniforms and the structure, at the end of the day they’re still kids and sometimes you have to stand back and let them do what they do.”

For more information on the Civil Air Patrol and how to join the Eloy Composite Squadron visit www.eloycap.org.

ELOY — Cadets from the Civil Air Patrol 131 Squadron traveled to Casa Grande on Dec. 6 and took to the sky.