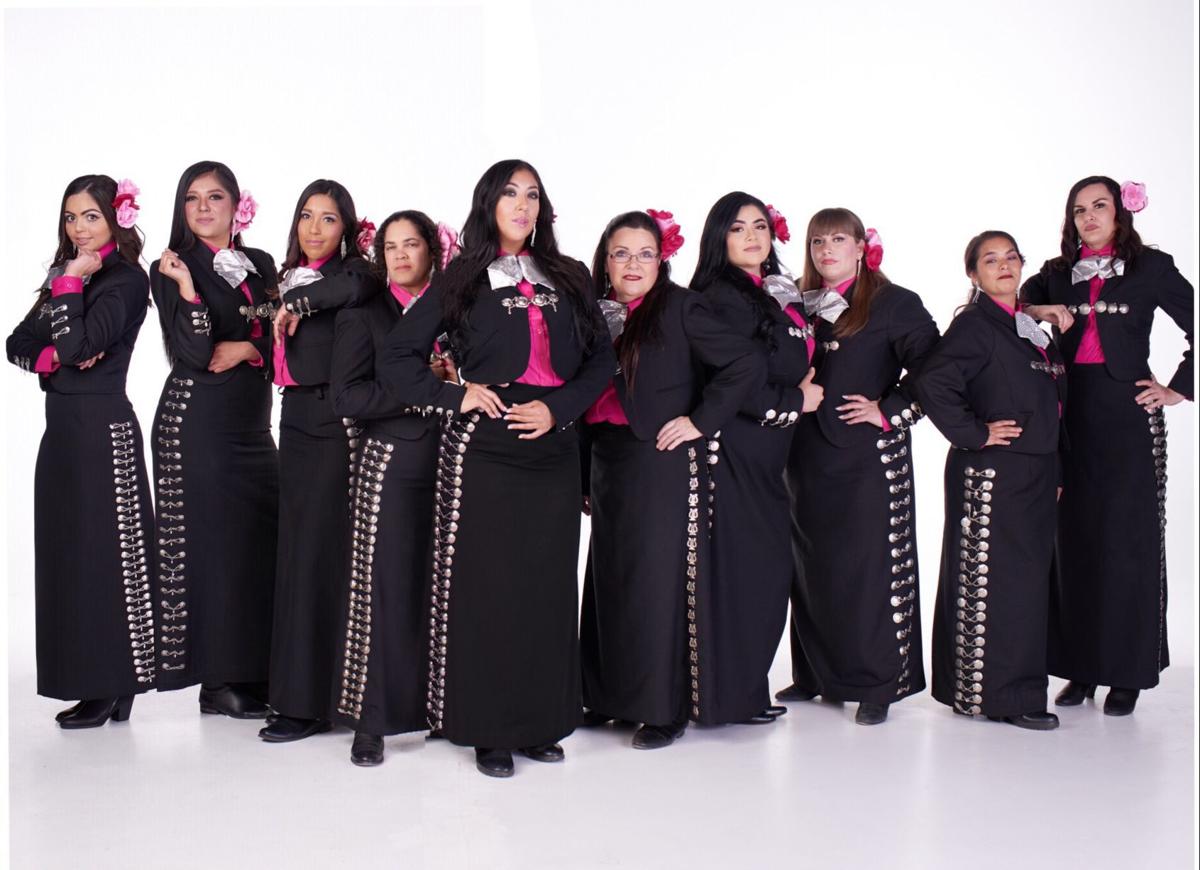 Mariachi Rubor is made up of 11 women from different backgrounds who met and started playing together at Arizona State University. 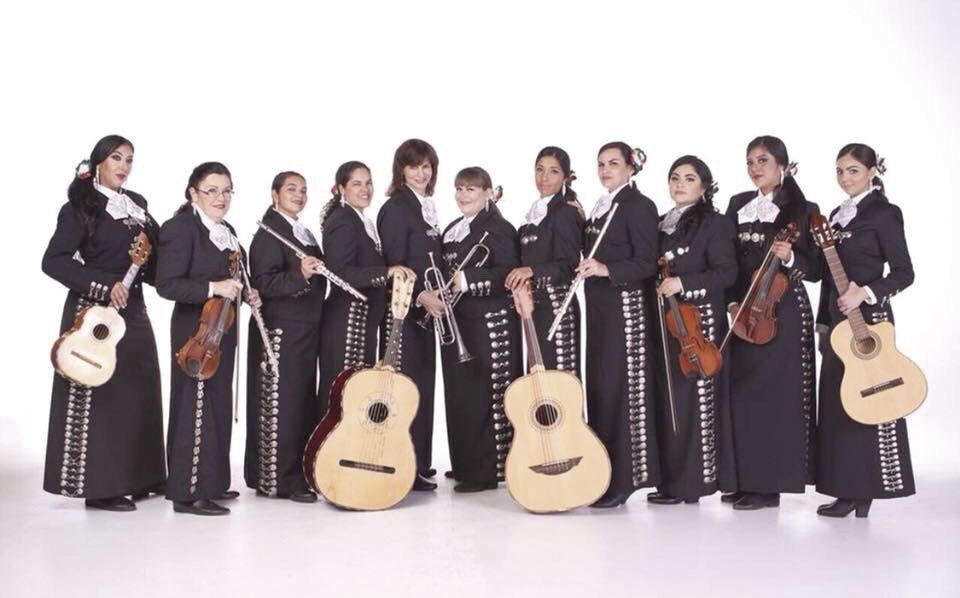 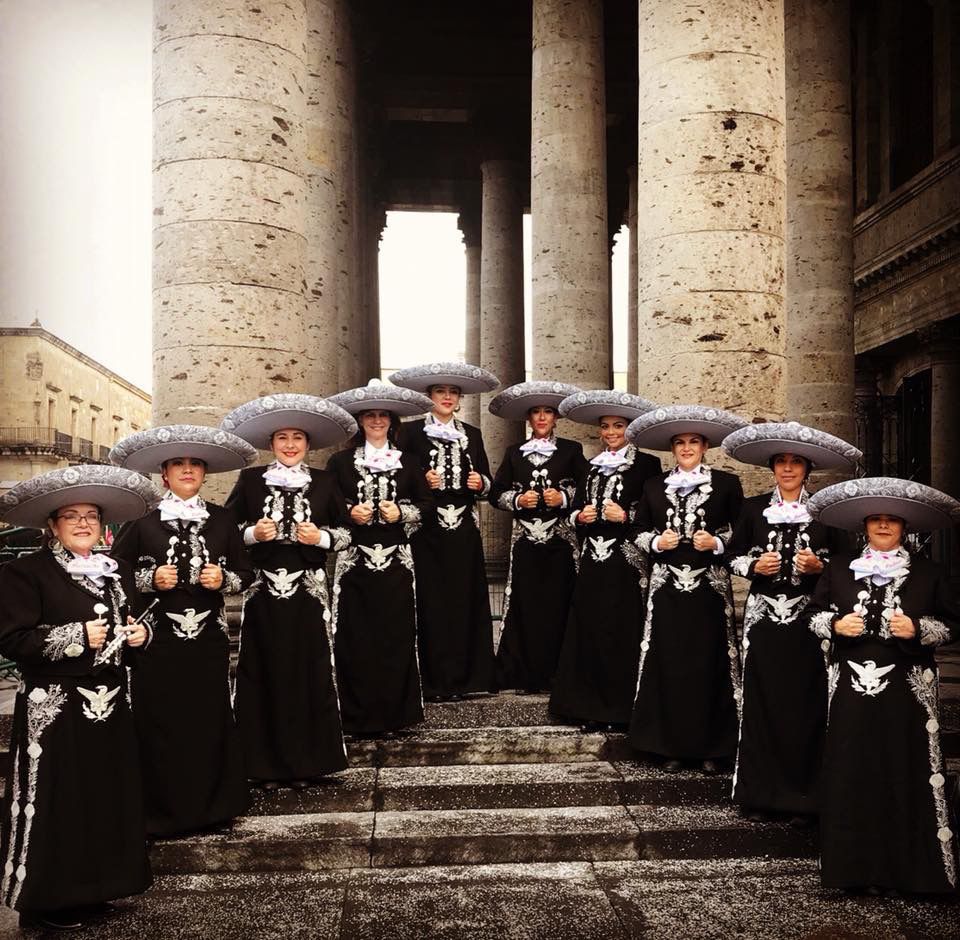 Mariachi Rubor is bringing something rare to Fiestas Patrias — an all-female band.

Mariachi Rubor is made up of 11 women from different backgrounds who met and started playing together at Arizona State University.

Mariachi Rubor is bringing something rare to Fiestas Patrias — an all-female band.

There are a few well-known female singers who do perform alongside a mariachi group, but most of them have gained their recognition through other genres.

An all-female mariachi group was once a rarity in the genre that is a staple of the Hispanic culture, but it has slowly gained traction with newer generations.

Mariachi Rubor is an all-female band, comprised of 11 members with the majority of women meeting at Arizona State University, where they started playing together.

“We come from different backgrounds,” Yvonne Lopez Garcia said. “We have a police officer, nurses, teachers, some of us are moms as well. We all work in different fields and play mariachi music.”

The band also includes the professor who taught the mariachi class at ASU.

Lopez Garcia added that with all the members having different jobs, scheduling performances and practice time is very difficult but they make it work.

”We love mariachi so much that we try to schedule a time for it because it’s not only a hobby, we do it as a stress reliever,” she said. “It’s kind of like our little getaway. Some people go to the gym. We schedule this because we enjoy it. Being moms, having a full-time job, some are stay-at-home moms, so it’s very hard to coordinate.”

A big reason the ladies decided to form Mariachi Rubor is because they really enjoy the Hispanic culture and like being able to represent that culture by performing.

”We wanted to become more of a performing group instead of just doing celebrations,” Lopez Garcia said. “We love doing weddings and quinceañeras, but we wanted to be more of a performing group and represent our culture internationally. We like the music and keeping our culture alive and being able to celebrate with people and just seeing the reaction to when we start playing.”

She added that people are still surprised when they see that Mariachi Rubor is an all-female group.

”Mariachi is a male-dominated genre and we want to show that we can play just as good as the men,” Lopez Garcia said. “We don’t just go out and represent mariachi and the culture, but women as well. You’ll be able to see our culture through our music and just experience a female mariachi. I know a lot of people are still very wowed by us because we’re all females, so they’ll be able to experience something that’s uncommon.”

Mariachi Rubor was part of the first ever Women’s Mariachi Festival earlier this year and will also participate in a similar event Cocula, Jalisco later this year.

”It’s a big deal for us because this is the second time we are invited to Mexico to play,” Lopez Garcia said. “It is the first female mariachi festival in Mexico, which is a huge deal especially in Mexico.”

The band plays many of the traditional mariachi songs as well as some English songs.

”We like to keep it traditional and we like to do songs by Vicente Fernandez,” Lopez Garcia said. “Songs that are not usually played by women are the ones that we really like most. We also do more popular songs like from (the movie) ‘Coco’ or we’ll grab a traditional and put a little flavor in it. We try to incorporate different genres, but we try to put our little mariachi twist to it.”

Car show bringing all makes and models to Fiestas Patrias

Along with the mariachi music and ballet folklorico, the third staple in the Eloy Fiestas Pa…

They’re originally from Mexico, but they came together and formed a norteño group three year…