MARICOPA — It wasn’t supposed to be this easy for a charter school coming to play in the Arizona Interscholastic Association, but Sequoia Pathway made everything look easy in its home opener Friday night.

Not only did the Pumas (2-0) score a touchdown on every drive except the last one when they ran out the clock, but it never took them more than five plays to do so during its 55-0 rout of Tombstone (2-0). Quarterback Alex Montano had his pick of weapons throughout the night, completing 7-of-9 passes for 246 yards and four touchdowns.

“We played a heck of a game, my (offensive) line especially, along with my skill players,” Montano said. “I realized last week that I hadn’t spread the ball around very well, so I came in wanting to do that.”

Izaiah Stewart got the bulk of the plays, combining for 156 yards and three touchdowns through the air and on the ground, not including a punt return for a touchdown. Yufiel Jones only had two catches, but he made them count, gaining 116 yards and scoring two touchdowns.

The Pumas’ first score came before they even ran their first play, as Stewart’s eyes lit up with how much green field he had in front of him on a punt return. Almost untouched, he easily juked around any defender who came near him, which wasn’t many, en route to an 85-yard punt return.

Pathway quickly got the ball back, and immediately got its second touchdown on a beautiful, high-arching, 63-yard pass from Montano to Jyrie Gamble. The Pumas then recovered a loose kickoff, and Stewart ran it 25 yards for his second touchdown. A botched extra point attempt led to a bizarre scoop pass for a 2-pointer that put the Pumas up 21-0.

Then it was Jones’ turn to get involved. Montano found the 6-foot-3 tight end on consecutive drives facing pretty good coverage. The defense didn’t matter either time, though, as Jones leapt to bring the ball down then rather easily shook off multiple defenders to run the rest of the way for his two touchdowns. At halftime, the Pumas were already up 35-0.

“I think teams are going to have to cover the whole field when they face us,” Pathway coach Donnie Margerum said. “We have a lot of weapons, and today I was even able to get the freshmen some work, which we’ll need as the season really gets going.”

The second half started much like the first, with Stewart bringing a kickoff to the Tombstone 40, then taking a pass the rest of the way on the first play. Andre Smith then got on the board with a 3-yard run, and Stewart finished off the scoring in the fourth quarter with a 26-yard run.

For Tombstone, Brandon Redenbo put in a courageous performance up against Pathway’s big and tough defense. He ran for 45 yards and completed a 25-yard pass right as he was being hit hard to the ground.

“They ran the triple option, and I liked the way he ran the ball,” Margerum said. “I think that was something good for our boys to see early on in the season.”

The Pumas will get a big test in their next game when they host Chandler Prep. The Titans moved to 2-0 on Friday when they beat North Pointe Prep 52-6. The game will take place at 7 p.m. Friday, and Margerum expects opponents will be taking his team seriously.

“We’re ready,” Margerum said. “We’re not just here to be here. We’re here to get into the championship game and take home another ring.”

MARICOPA — In spite of the challenging school reopening this year due to COVID-19, it seems Maricopa Unified School District has remained on a steady incline in both teacher hires and retention.

Teacher employment has also been on the rise in Maricopa, increasing from 295 teachers in 2015-16 to last school year. In March, MUSD approved a 6% across-the-board raise for its staff, continuing a trend of raises to keep the positions “competitive.”

Data from this current school year was not included, but teachers voiced their concerns during call to the public at a Sept. 23 board meeting. One teacher told the board there was a crisis in teacher morale, pointing to recent losses.

“The high school alone lost two amazing teachers last week and you need to fix things now before we lose more,” she wrote.

A report released last month by the Arizona School Personnel Administrators Association finds that schools surveyed were able to fill just 28% of the vacancies they had due to retirement and other reasons that teachers leave their jobs.

That’s not to say there weren’t adults standing in front of classrooms. But districts had to make up the difference, largely with having their current teachers work extra hours or using long-term substitutes.

Justin Wing, the organization’s immediate past president, acknowledged that filling vacancies has been a perennial problem in Arizona schools. But Wing said there’s something different in this year’s report: the number of experienced teachers who resigned as the school year began.

In “normal” years, Wing said there always are new teachers who quickly conclude that the job isn’t what they expected and decide to pursue another career. This year, he said, the problem appears to be directly related to COVID-19.

The 145 school districts and charter schools that responded to the survey reported 751 teachers leaving at the beginning of the year.

Of that, 326 of those resignations were teachers who said they were quitting outright or retiring while citing the coronavirus as the prime reason. And another 342 said they were taking a year off, without pay, due to COVID-19.

The districts also reported 633 other non-teaching staff who resigned or retired, citing the virus as the primary reason.

A juvenile bobcat hangs out in a tree Thursday at Wild Horse Pass.

A bobcat is seen on a trail at Wild Horse Pass.

MARICOPA — Maricopa resident and local irrigation technician Frank Reyes got the fright of his life Thursday morning while working at Wild Horse Pass on the Gila River Indian Community.

At around 11:30 a.m., Reyes was getting ready to do a routine check on the irrigation system outside the Shelde Building, one of the many buildings of the Wild Horse Pass entertainment complex, when he turned a corner and locked eyes with a bobcat on the trail.

“Our eyes met as soon as I turned the corner, (and) he jumped up into the tree,” Reyes said. “I’m like, ‘Should I move back? He’s only within like six feet of me. … I’ve never encountered this before.’”

Reyes said the bobcat was fairly small in size and seemed pretty calm but stared intently at him from its perch up in the branches while he snapped a few photos.

This is far from Reyes’ first run-in with wildlife while on the job. He’s come across rattlesnakes, Gila monsters, roadrunners and the occasional coyote, but his encounter with the bobcat was a little too close for comfort.

“It was kind of scary because I’ve never encountered a bobcat that close. I didn’t know if they’re aggressive or if they stand their ground or what,” Reyes said.

Security had warned Wild Horse staff that a mother bobcat and her three cubs had been spotted not too long ago on the property, and Reyes speculates he bumped into one of her juvenile cubs.

“I was also afraid that the mom might be close by,” he added.

The bobcat watched him for a few minutes, climbing its way farther along the branches that overhang the pathway Reyes stood on. It reminded Reyes of the many times he and his coworkers have been in that area, not knowing what might’ve been hanging out right above them.

“I don’t know how many times I’ve been at the Shelde Building and never looked up in the trees,” Reyes said. “It could have been watching us the whole time we were over there working.” 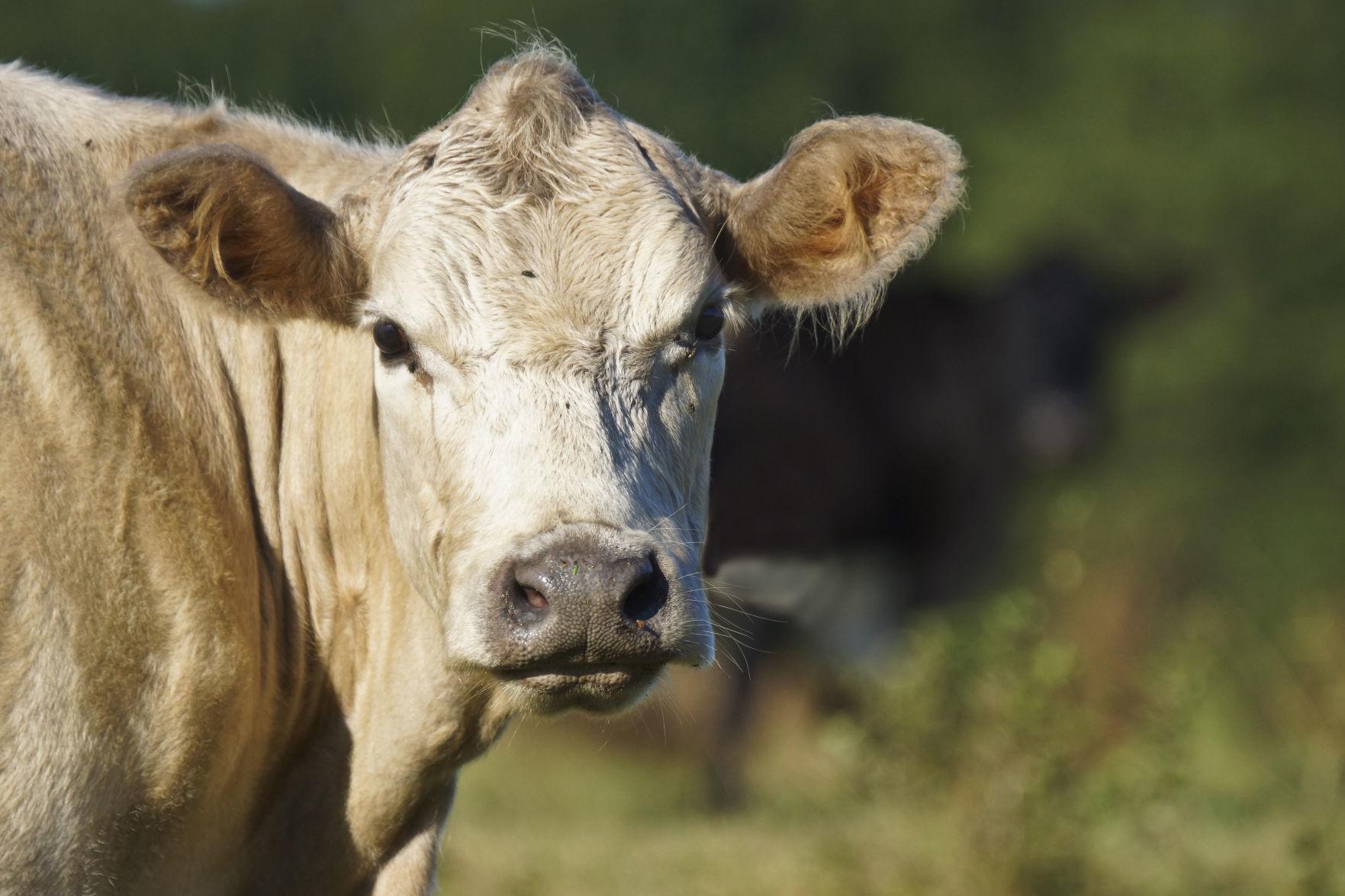