Restoration work on the Cuen House is nearing completion.

The Cuen House had become rundown and neglected and was considered to be an eyesore several years ago.

FLORENCE — When work is finished on the historic Francisco Cuen House and Butcher Shop next month, it should be nearly 90% of what it was originally on the Main Street side, the general contractor said.

The living quarters, which were built later along 11th street, should be close to 70% of what they were originally. Only the 20th-century addition to the rear, which closed up the L-shape, is completely new and includes a modern restroom, coincidentally over the spot where the Cuens had their outhouse.

Preservation specialist Reggie Mackay discussed the journey of saving the simple little 138-year-old adobe in an interview with PinalCentral. Historic preservation projects aim to restore a building to a particular era, not necessarily to when it was new.

“The further you take a building back, the more costly it gets,” Mackay said. “So with the Cuen building, what we’re trying to achieve is the early 1900s,” when it housed the town’s first telephone operators. “We have to pick a time that is still considered history-worthy” and save the features of the prominent architects or builders who had worked in it by that time, he said.

“The Cuen building is a small example of three different periods of time that made it one complete building.” For historical purposes, it was important to keep the same roof design and roof line. 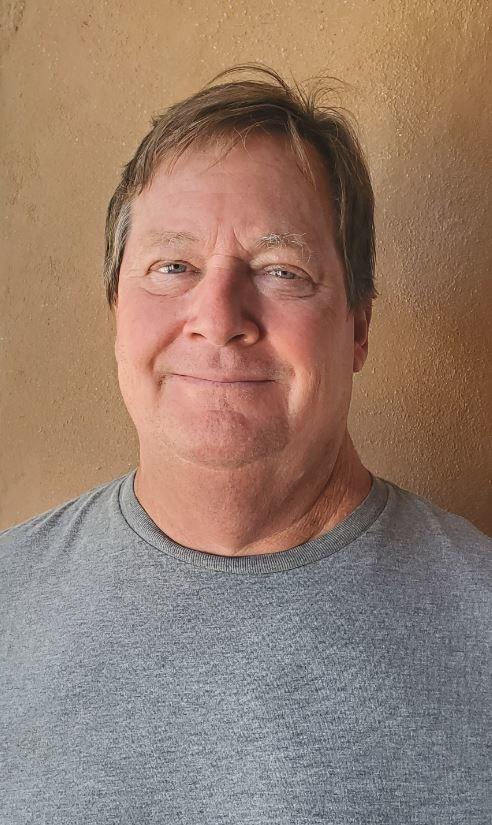 The original Main Street building is believed to have had a flat roof. The pitched roof appeared after the 11th Street side was added. The roof on Main Street started out as a 5-12 pitched roof (rising five inches in a length of one foot) that became a 6-12 as it neared the Fitness Center.

“The easiest way to fix that is to take it down and redo it. But if we take the roof down, we’re taking apart some of the most historic elements, because that was all conventionally framed. It was framed in the old period, by craftsmen. If we take that apart, now we have to put engineered truss in it,” which removes the historic element, Mackay said.

The Main Street building was 6 ½ inches out of square, and none of the building’s corners were true 90-degree angles when Mackay started working on it. “We had to bring the walls as close as we could to true, so that our finished ceilings, finished roofing, finished flooring, all looked pretty close to an element of being square.”

Mackay had to make 1,000 adobe blocks for the project. The weather mostly cooperated, although one rainstorm destroyed 300 blocks before they were finished. Other parts and supplies were also hard to come by as the pandemic spread.

It was necessary to do more shopping online, Mackay said. “Even electrical and plumbing; shelves were wiped out. … We had to shop a little harder and more diligently. Maybe we had to go three places, instead of one, to get four items. It’s still like that a little bit, maybe not as bad.

“Because we’re dealing with historic windows and doors, historic hardware, trying to use components that meet or exceed the historic look and character of the building. It’s not like just going to Home Depot and buying a window.”

With the building being just 2 or 3 feet away from the buildings behind it and beside it, “it was all hands — no wheelbarrows, no tractors, no Bobcats, no heavy equipment.” Because the building is small, with under 1,000 square feet of interior, there wasn’t much room to store supplies inside and still have room to work.

After the telephone era, the building was known as the McFarland-Fulbright law office. The office’s front door still exists and is at McFarland State Park. Mackay believes it should be encased and displayed at the Cuen building, “but that would be up to Arizona State Parks.”

Tom and Lynn Smith made the decision to buy and save the Cuen building, even though they knew Tom was unlikely to live long enough to see it finished. Mackay said after Tom died on Feb. 5, “we decided we’d put some special love and care into the building as a tribute to Tom Smith.”

FLORENCE — Repair and restoration of the historic Francisco Cuen House will take about 1,000 adobe blocks, which are being manufactured behind…

FLORENCE — New architectural plans for the preservation of the Francisco Cuen House are finished and have been presented to the Town Council, …

FLORENCE — Tom and Lynn Smith, who previously indicated their wishes to save the Francisco Cuen House, officially took ownership of it Monday …

FLORENCE — The town’s historic Francisco Cuen House isn’t too far gone, and the State Historic Preservation Office wants to be a resource for …

FLORENCE — A couple who lives near the 137-year-old Cuen House is offering to save it just as a demolition contractor is preparing to level it.

FLORENCE — The burned-out remains of the historic tavern last known as the Kokopelli Moon Saloon will be cleared, and the tiny adobe with hist…

Hancock Communities proposes to build 243 single-story one-, two- and three-bedroom rentals on 27.7 acres on the west side of Hunt Highway.

SAN TAN VALLEY — High-density rental housing is being proposed for San Tan Valley, but it’s unlikely to be the community’s affordable-housing solution.

Hancock Communities wants to build 243 single-story one-, two- and three-bedroom units on 27.7 acres on the west side of Hunt Highway, south of the commercial area at Gary Road. The project would have a density of almost nine homes per acre, compared to about 3.5 per acre for its neighbor immediately to the south, Solera at Johnson Ranch.

They’re not cheap units and will rent for perhaps $1,700 to $2,300 per month, attorney Sean Lake, a member of Hancock’s development team, told neighbors gathered for an online community meeting on Aug. 19.

The homes won’t be built with any federal subsidy or be marketed as affordable housing, Lake said. Lake called it “a nice high-end, above-market community” and said no units would be available as vacation rentals.

Hancock builds for five different owners and won’t be the owner of this community, a representative said. Greystar will be the property manager.

Hancock hopes to begin construction in June next year, and the community should take 28 months to build, a Hancock representative said. Before that, the community would need various approvals from Pinal County, including a minor comprehensive plan amendment, a San Tan Area Plan amendment and rezoning.

Hancock is planning two outlets to Hunt Highway, but Pinal County will also require access to Gary Road, according to a county staff report. Additional traffic on Hunt Highway was a major concern of meeting attendees last week.

One resident said it’s already difficult to make a left turn out of Solera “without risking lives.” Another said she didn’t want to see the road revert to its previous traffic problems and asked if Hancock will contribute to improvements.

Lake said they will be making improvements to Hunt Highway, along with paying county impact fees for each housing unit, which the county uses for public improvements.

Another resident said he didn’t think high-density residential fits on the property, considering the traffic on Hunt Highway, as others also mentioned. He said traffic issues couldn’t be resolved without a stoplight, which isn’t a good idea given the number of other stoplights, including the one at Gary Road.

The land west of Hancock’s community is zoned commercial and is large enough for a big box store, Lake said.

“We also think it fits in really well because the homes that we are proposing here are single-story as opposed to an apartment complex that might be three stories,” Lake said.

A Hancock representative replied the majority of renters are people who are downsizing and have no problem with the walk. These projects lease an average of one unit a day.

There will be garages, covered parking and open parking. One neighbor said that even though the proposal “over-plans” for parking, “you may end up with more vehicles than you think.”

As for square footage, a Hancock representative said the smallest unit is 35 feet wide and 27 feet deep, with an additional 10 feet for a two-bedroom and 10 more feet for a three-bedroom. Each rental has five feet on each side, or 10 feet between units. If Pinal County asks for more space, the project probably won’t go forward, according to a Hancock representative. Backyards are 45 feet wide.

There will be a solid masonry wall, 6 or 7 feet high, on the south side. Hancock will also propose several trees in the backyards, for visual screening “in a softer manner.”