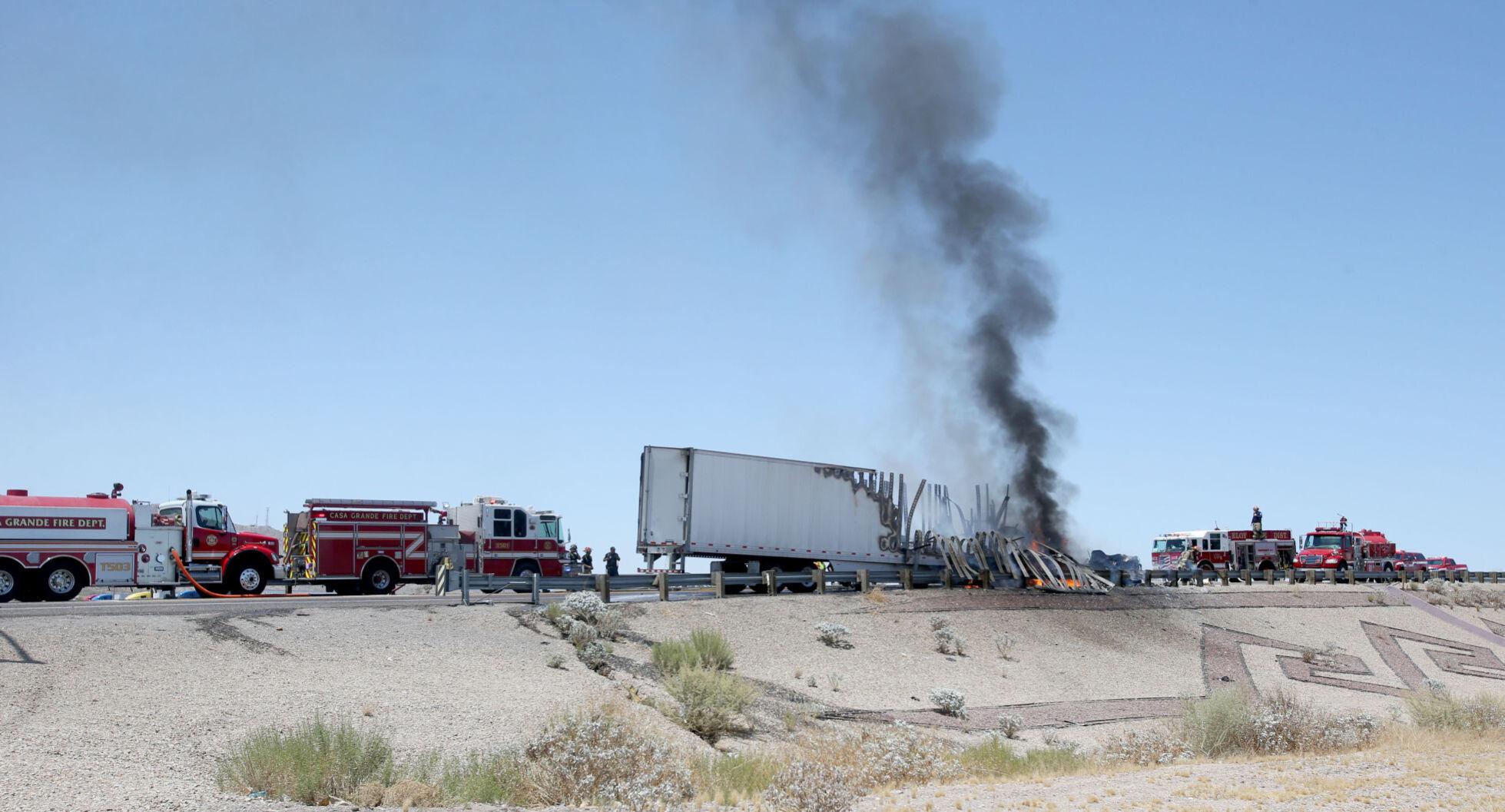 Eloy Fire and Casa Grande Fire departments extinguish a tractor trailer fire just before noon Tuesday August 11, 2020 on the Sunland Gin Road overpass at Interstate 10. The overpass was shut down as firefighters battled the blaze.

The city of Eloy puts down about 40% of animals that end up in its control shelter.

ELOY — Anyone who has ever rung the doorbell at City Councilman Georges Reuter’s business on Main Street has most likely been greeted by loud barks and the tip tap of Dexter’s and Luna’s little paws.

Reuter is the proud owner of two beagles, and since he joined the Eloy City Council two years ago, he has wanted not only to improve the quality of life for Eloy residents but also their pets.

During the past months, Reuter has pushed for the county to take over operations of the city’s animal control services. He believes that although this is a small step, it is a step in the right direction in order to improve the city’s image.

“That's how it starts,” Reuter said. “We have to improve the lives of our animals because people come, and if they see chained dogs and mistreated dogs, they will see that it is not a place to come. It’s not very inviting. In order to create a more attractive environment for businesses to come, you have to create a more inviting environment for people to live and one part of that is a very humane animal control.”

About two years ago an Eloy resident approached the council about considering an ordinance that made it a violation to have animals tethered outside during extreme weather. The city later approved an update to animal control regulations. 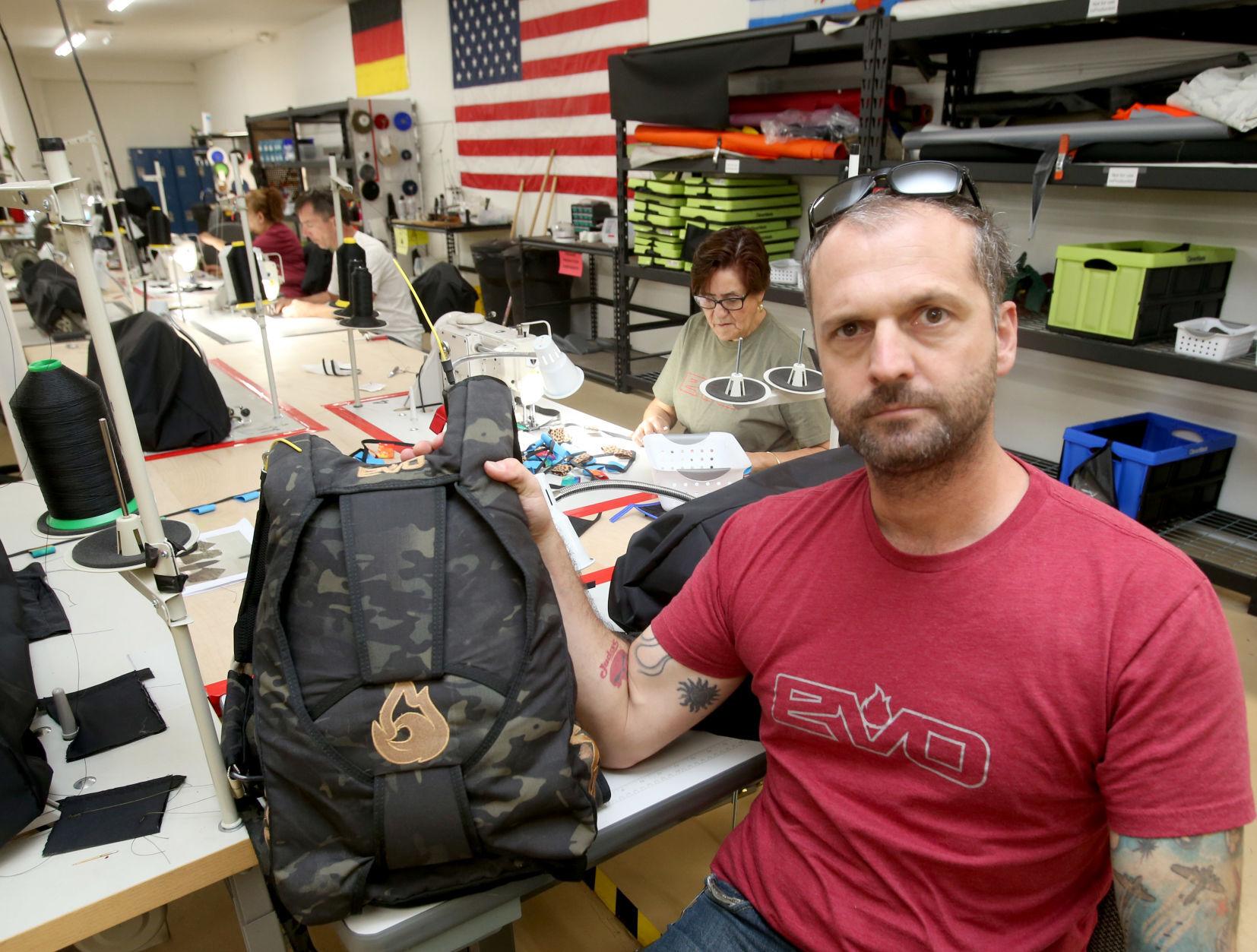 Reuter told PinalCentral that he has been approached by many people complaining about roaming dogs, aggressive dogs and when they call animal control, nothing really happens.

The city’s animal control is currently under the Police Department and there is one officer who has been working for many years.

“I figured in talking with police officers that you get tired of the job,” Reuter said. “I pushed that we recruit more animal control officers. I want to see our animal shelter get grass, that we improve our social media to get more dogs adopted. As usual there was a lot of talking and not a lot of doing.”

Reuter added that he knows a lot of people do not care about animals and that the lone animal control officer cannot enforce everything and neither can police officers because they have other tasks.

In speaking with police officers, Reuter found out that many of the animals that arrive at the city’s animal shelter do not make it out alive.

“I asked the numbers in a meeting,” he said. “Harvey (Krauss) told me that they’re so bad he doesn’t want to tell them to me. He was embarrassed. I think that’s where Harvey realized that we have to change. I never inquired how (the officer) puts them down, I hope it’s in a humane way.”

After hearing that the Pinal County animal shelter had a beagle, he inquired about the dog and was immediately impressed with how the county operated its animal control services.

Reuter later went to Krauss and asked if it were possible to work out a deal with the county to take over the city’s services.

“We’re in the process of negotiating with the county an IGA (intergovernmental agreement) for them to assume responsibility for our animal control services,” Krauss said. “George suggested that we look into it because he would like to reduce the number of euthanasia that we do at our shelter, and I thought that was a great idea. It seems like a win-win. They have more resources, they have a bigger staff, they have a better facility, they can absorb our territory.”

Additionally the county’s flat fee is less than half of what the city currently has budgeted for animal control under the Police Department.

Once all the paperwork is approved by the City Council and the county, it will be a seamless transition for Eloy citizens. The only difference will be that a Pinal County employee will be responding to their calls.

“I think that it’s important to show that Eloy can get away from this ghetto, dirty image that the press and criminal statistics portray of us,” Reuter said. “If you want to hang out at the bar and you want to be attractive to the ladies or to the boys, you clean yourself up. You put a little bit of cologne on and you talk nice. We as a city have to do the same if we want to be attractive. We can’t look like s---. Animal control is just one little piece of the puzzle, it’s a checkmark in making Eloy look better.”

ELOY — Some much needed road work will be done on Toltec Road after the Eloy City Council approved a project to chip seal 2.5 miles of the road south of Interstate 10.

On Monday the council approved a contract for approximately $759,000 with Cactus Asphalt to chip seal the portion of Toltec Road as well as one block of Fifth Street and the three gravel road sections in the Eloy Cemetery.

The 2.5-mile section of Toltec Road between Alsdorf Road and Phillips Road will be reconstructed following many attempts to repair potholes.

“That’s starting right where the city’s landfill is,” Public Works Director Keith Brown told the council. “That’s the worst section of Toltec Road. We’ve received quite a few complaints, just a lot of potholes, and our street crew spends a considerable amount of time on the roadway.”

Brown said that the roadway will be demolished and rebuilt with added cement to strengthen it. He added that Toltec Road will be closed off in portions as the street crew works on it.

Additionally, the City will repair potholes and place chip seal on Fifth Street between 11 Mile Corner Road and Madison Avenue.

“It’s in very poor condition as many of you know who have been out there,” Brown said. “When I first got there, I thought it was just gravel but there’s actually some pavement underneath it. Our own streets crew has been out there repairing potholes and doing some damage control out there in preparation for the chip seal.”

Road work is expected to begin in late September.

During the meeting, the council also approved the authorization for city staff to begin the process of retaining an experienced landscape architect to design the Frontier Street Community Tree Project.

Council member Jose Garcia said during the meeting that the project was brought forth by a resident who wanted to help out the community.

The project features having trees placed along the south side of Frontier Street near the downtown area, between Myers and Stuart boulevards to not only provide a welcoming gateway and enhance the aesthetic natural environment but also improve air quality and reduce storm water runoff.

Council member J.W. Tidwell expressed his concern about who would help maintain the trees and keep the area clean.

Community Development Director Jon Vlaming responded to Tidwell’s comments stating that by getting a landscape architect involved, there would be a better understanding of what type of trees would fit the area best, such as being drought tolerant and other characteristics.

Following Monday’s approval, there will be a work session at a later date to discuss more details about the tree project as well as allowing the community to provide input.