The Dust Bowl in Eloy is shown sometime after it closed but before the marquee was removed. I-10 hurt traffic in the city.

Eloy’s Fourth of July parade moves past the Dust Bowl in 1949, before I-10 hurt traffic in the city.

ELOY — The Dust Bowl Theatre has been a hot topic in Eloy this year as the City Council is still deciding what to do with the deteriorating building.

During Monday’s work session the council received cost estimates for different possible options for the theater.

The different options presented by Economic Development Specialist Jeff Fairman had costs ranging from $200,000 to more than $5 million. 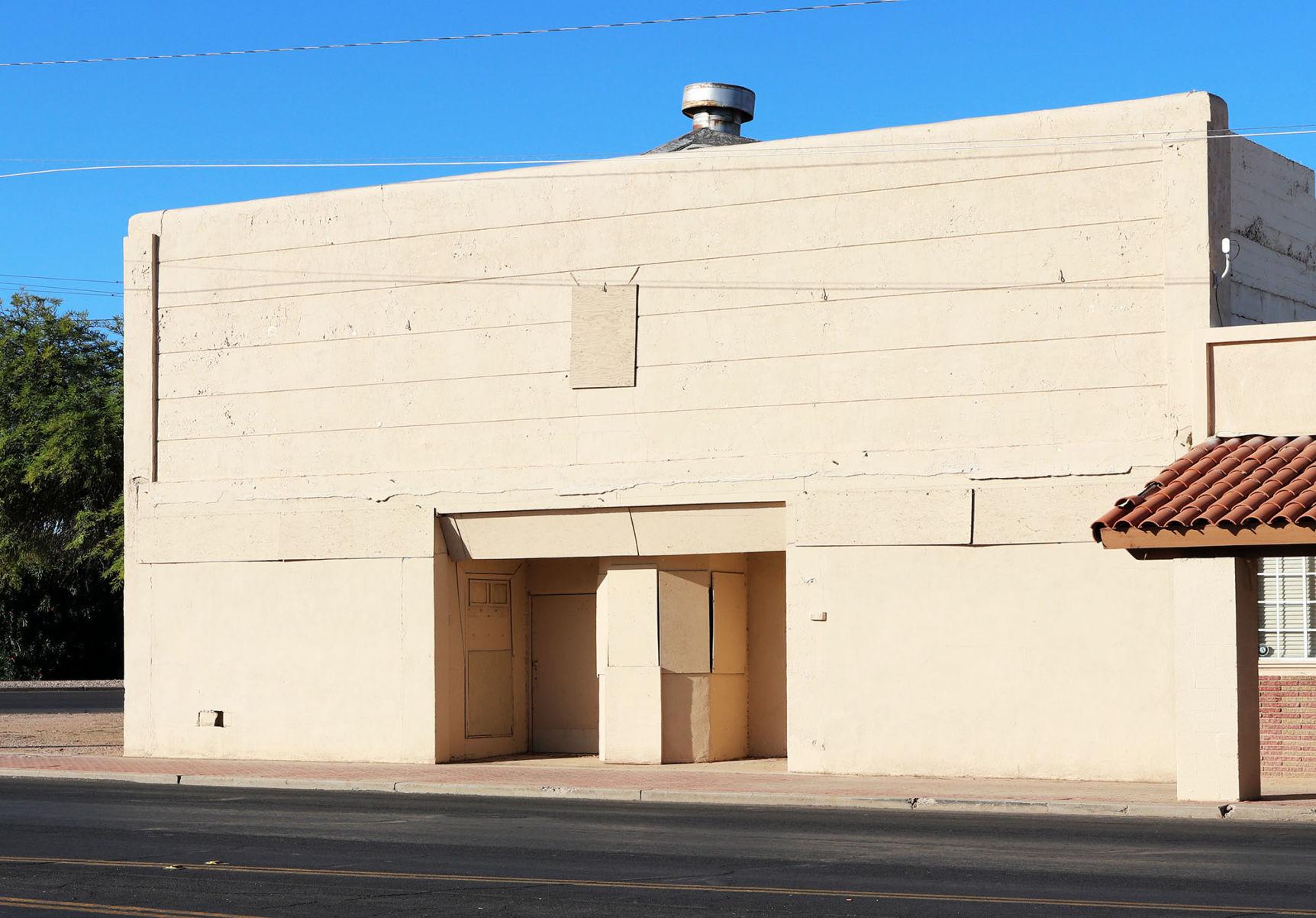 The first option is to restore the building to a functioning theater, which is estimated to cost $5.2 million. This option does not include all the things necessary to operate a movie theater such as a projector.

Option two is estimated at $2.5 million and would restore and repair the existing structure to a commercial shell space.

For $1.1 million the building could be stabilized and have a new roofing frame to keep out water and bird damage. The option does not include any interior work.

The stabilization option could be part of the cost for the first two options if the council decide to go that route.

A fourth option was presented with two alternatives at $200,000 each to knock down the existing structure.

There are two alternatives because the theater shares a wall with the Veterans Center.

Fairman told the council that even with all the work that has gone into the Veterans Center, there is some uncertainty about the viability of its structure.

All the estimates were provided by Rider Levett Bucknall.

“Here is data that we didn’t have before and we’re hoping that can help you in future discussions that you might have,” Fairman said.

Fairman added that if the building is knocked down there are no plans at the moment for what the lot would be used for.

Councilman Jose Garcia told City Manager Harvey Krauss that he has seen many comments on Facebook of former citizens wanting to support funding the restoration of the theater though a nonprofit. 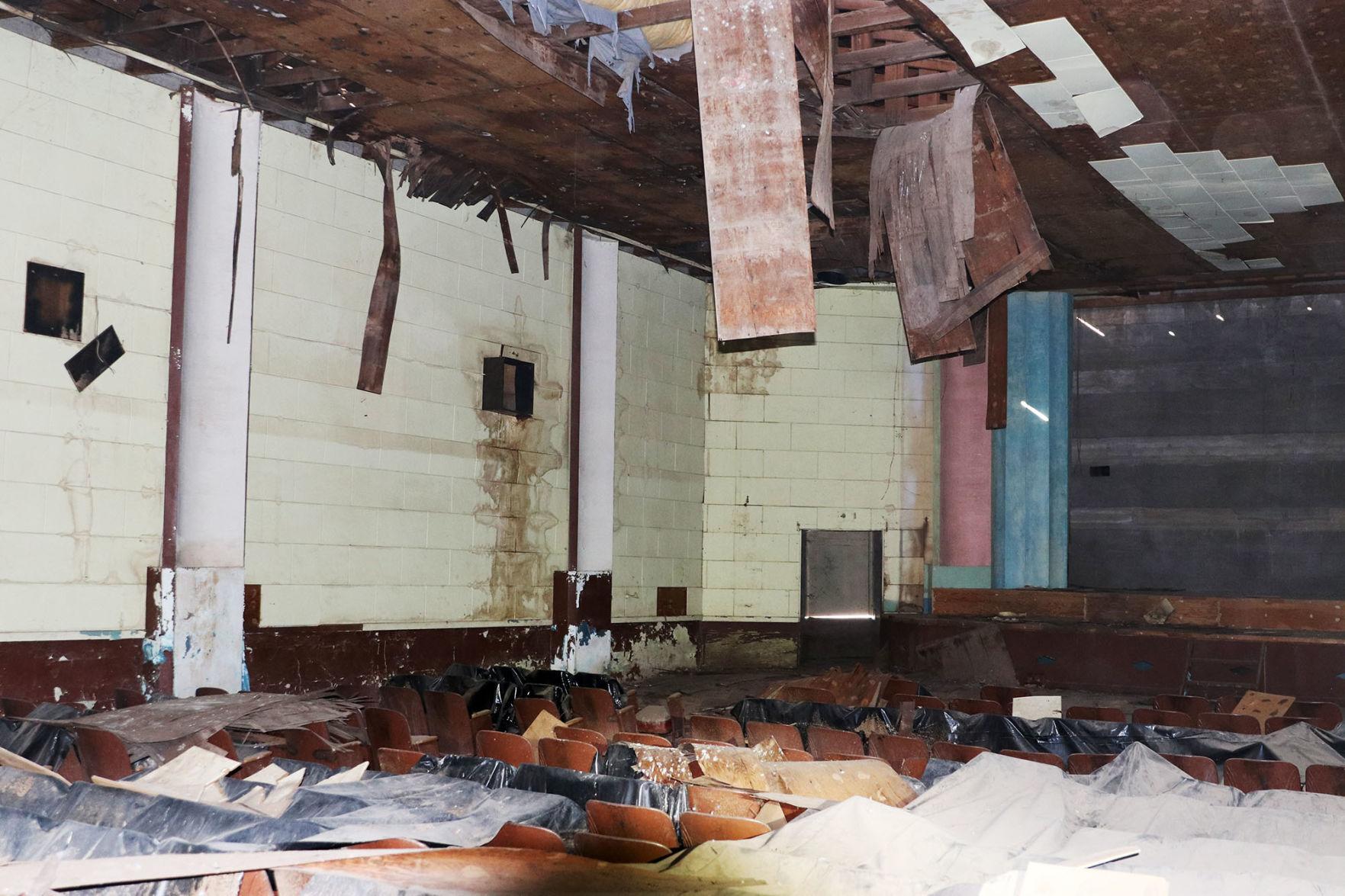 Mayor Micah Powell asked if there was a way for people to actually see what the inside of the building looks like.

“Until you go in there and you actually see what's inside there yourself, it’s a whole different ball game,” Powell said. “It’s terrible. One thing I keep telling people is at what cost do we do this as a city and is it a want or a need? What do we need to do to find that common ground, some people can argue it needs to stay here and some people can argue it needs to go away.”

Powell questioned that if there is a potential plan for building in the future, where would the money come from and how long would it take to build up the funds from a nonprofit entity.

Councilman Georges Reuter asked if private partnerships are also an option and if there are any larger available spaces where the Veterans Center could possibly move to.

Councilman Dan Snyder asked for staff to provide a plan for each of the options, such as where would the Veterans Center go if the that whole section is demolished.

“I think this is a good first step because it gives us costs, which is something we didn’t have before,” Snyder said. “But now I think we need to start thinking about each one of these options and so if we decide to do this, there’s a business plan.”

Reuter and Councilwoman Sara Curtis agreed, stating that they also need to see the bigger picture for the downtown area and how the area can fit in with what the city is planning for the rest of the downtown area.

The council members did not take any action on what to do with the Dust Bowl Theatre as Schwann Hanns came before them and asked for them to allow him and his private company one month to come up with a plan to present to them.