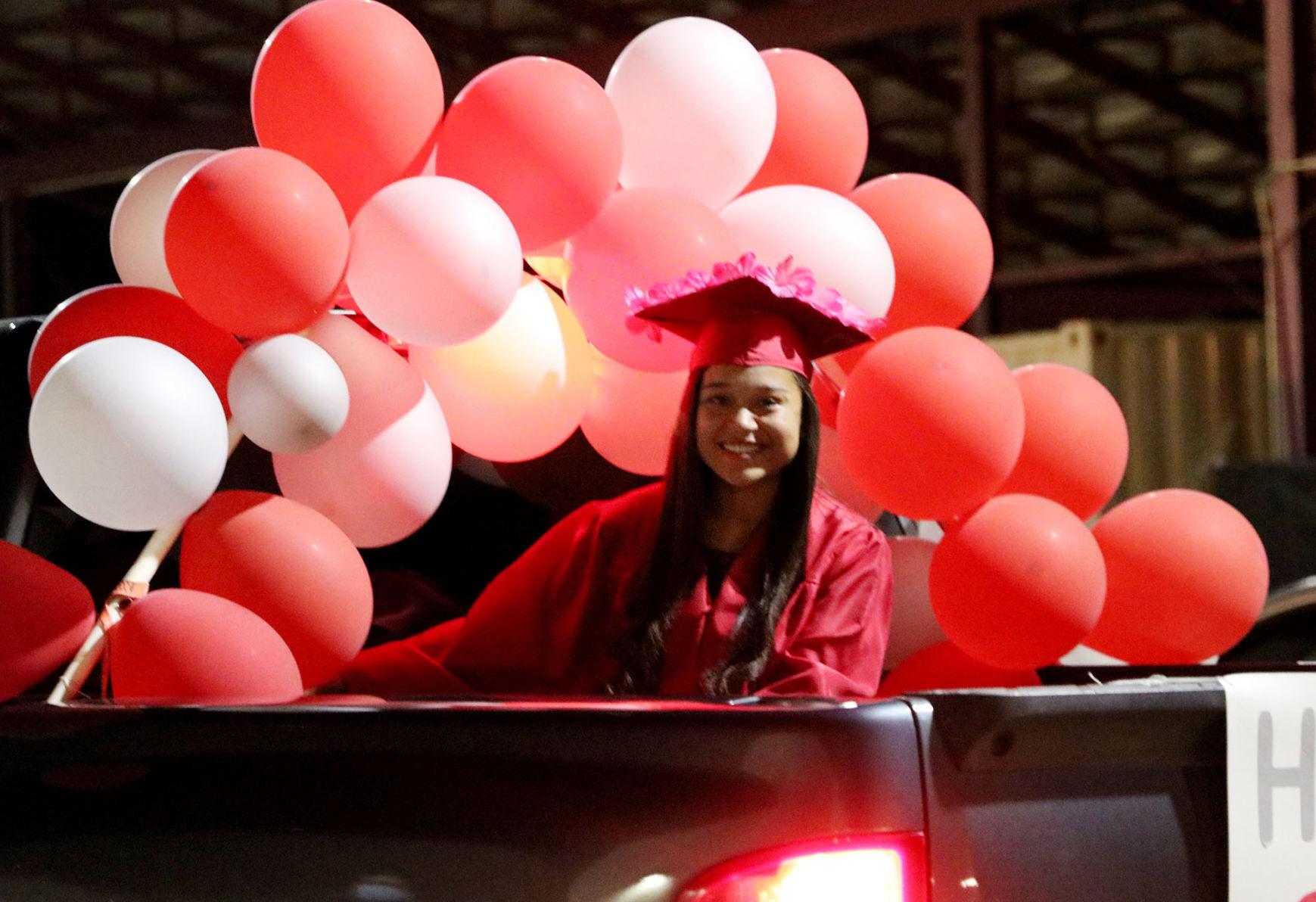 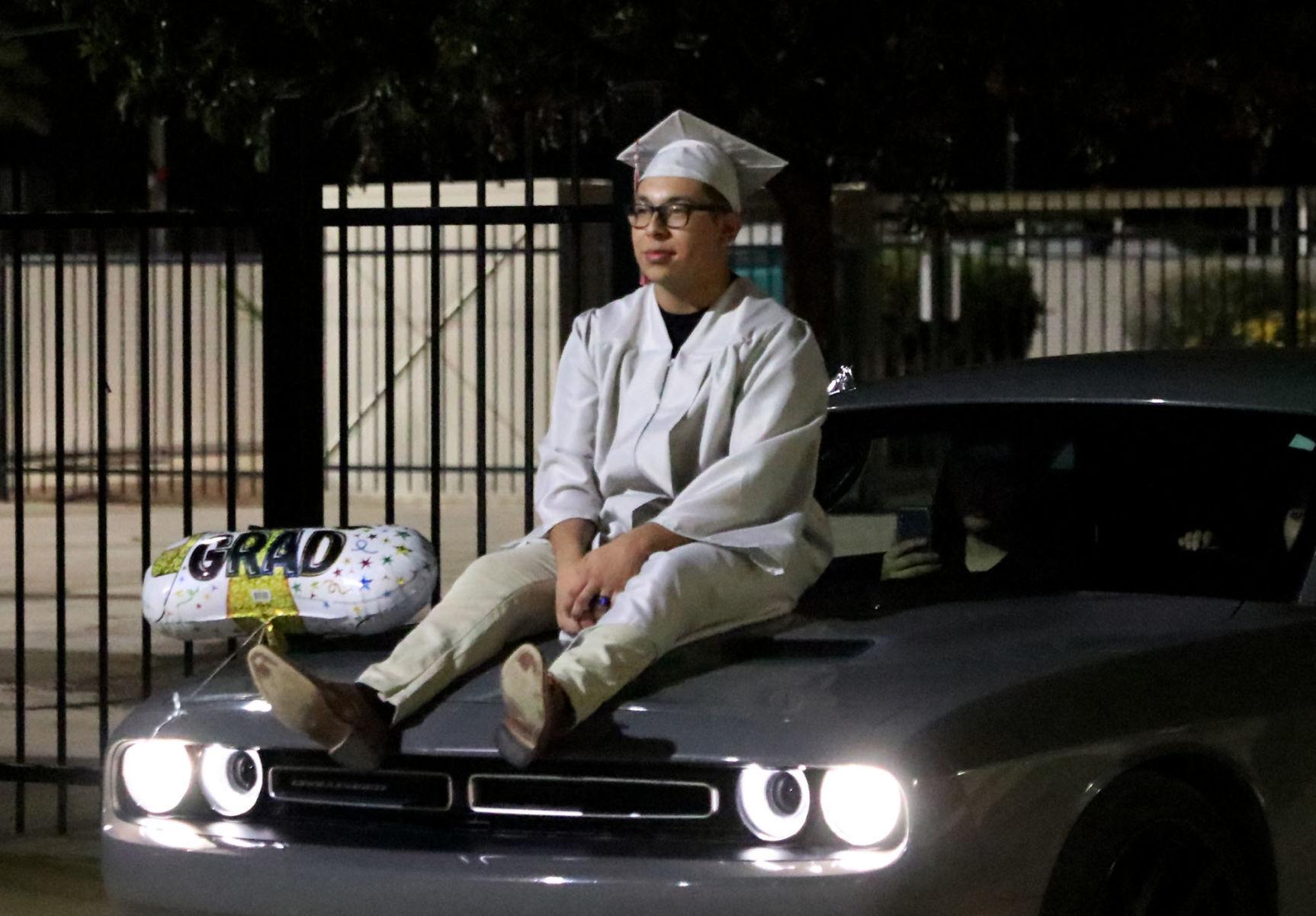 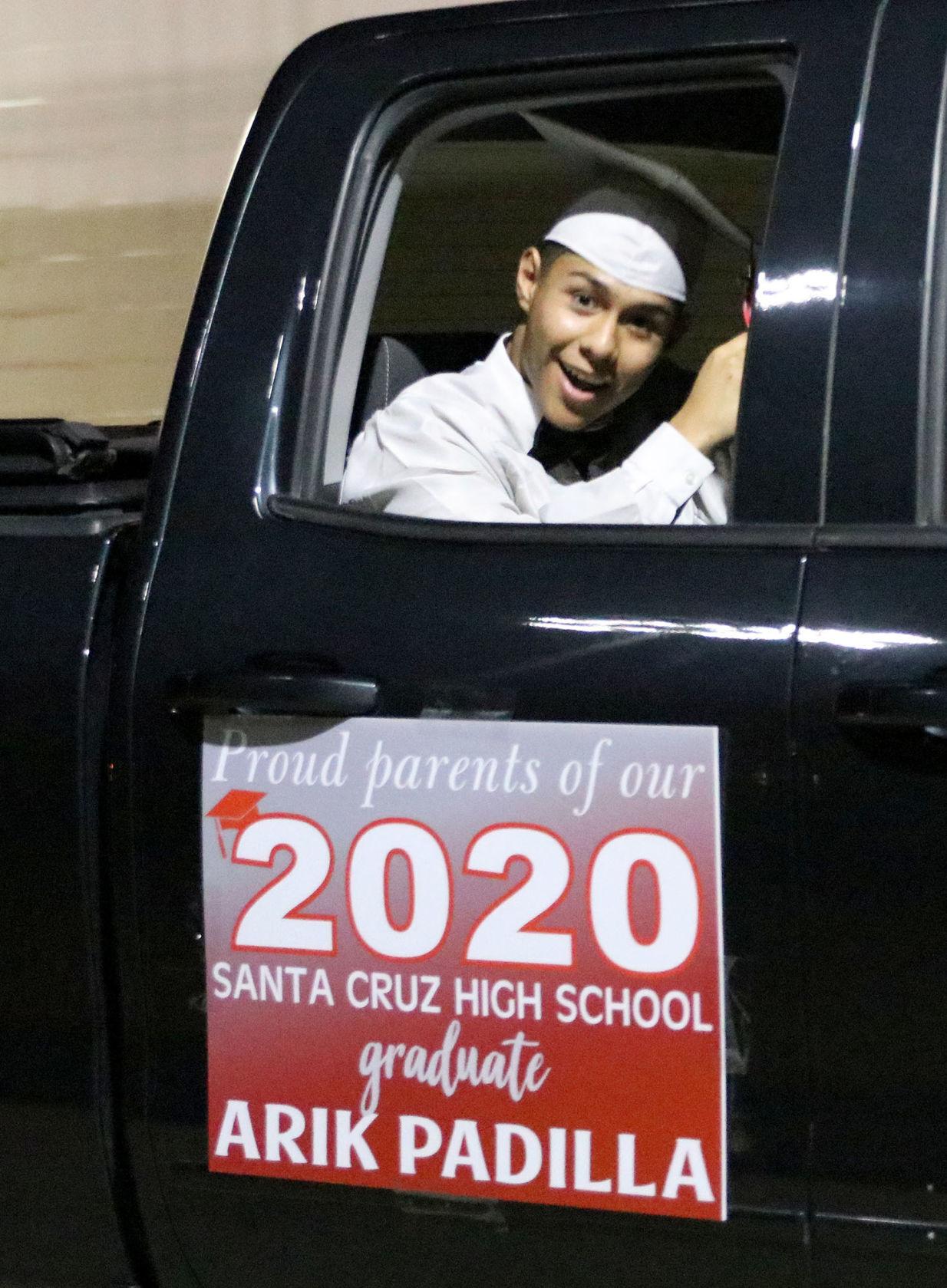 ELOY — The city plans to apply for $500,000 in grants to use for a low-income housing rehabilitation program.

The Eloy City Council adopted a resolution for Community Development Block Grants after holding a public meeting during its regular meeting Monday. The hearing was the second one for a CDBG State Special Project accounts to discuss the proposed activities to be submitted for funding consideration.

“This is actually the city’s last opportunity to apply for the SSP grant because the city went under Pinal County and when we did that, that took our opportunity away for any funding from the state SSP grant,” finance director Brian Wright told the council.

Wright added that the city will apply for the maximum amount of $500,000 which will go towards the Owner Occupied Housing Rehabilitation Program.

According to Wright, there are approximately 35 families on the waiting list of the housing program. If the city receives the full funding, it would be able to rehabilitate four houses.

In addition to adopting a resolution to submit the grant, the council committed $55,000 to increase the city’s chance of funding.

Wright added that the grant funding would also pay part of the grant administration’s salary.

The council also approved the adoption of policies and guidelines for establishing revitalization districts in the city.

City manager Harvey Krauss told the council that this is a new tool similar to community facilities districts and local improvement districts.

The revitalization district is a special taxing district that has a board of directors formed by landowners within the district. Those owners will be responsible for the operations of the district and the board will determine the amount, timing and form of financing used by the district.

Krauss told the council that the landowners will be those who have commercial or industrial development in mind and once a district is formed, the city basically does not have a say because the board of the directors are the ones overseeing everything.

Revitalization districts receive no city funds and must be self-supporting.

“The landowners within that area would come to us and, according to these policies and guidelines, they would make an application to the city to form a revitalization district,” Krauss said. “They would pay a proposed $10,000 fee. There is no financial obligation on the city and the city can have multiple revitalization districts. It’s another tool for us to use in economic development purposes.”

The Municipal Airport Advisory Board has an open seat and a subcommittee was formed to review the four applications that were received to fill the open seat and then recommend the best candidate for the council’s approval.

The subcommittee will include two council members, two members from the advisory board and a city staff member. 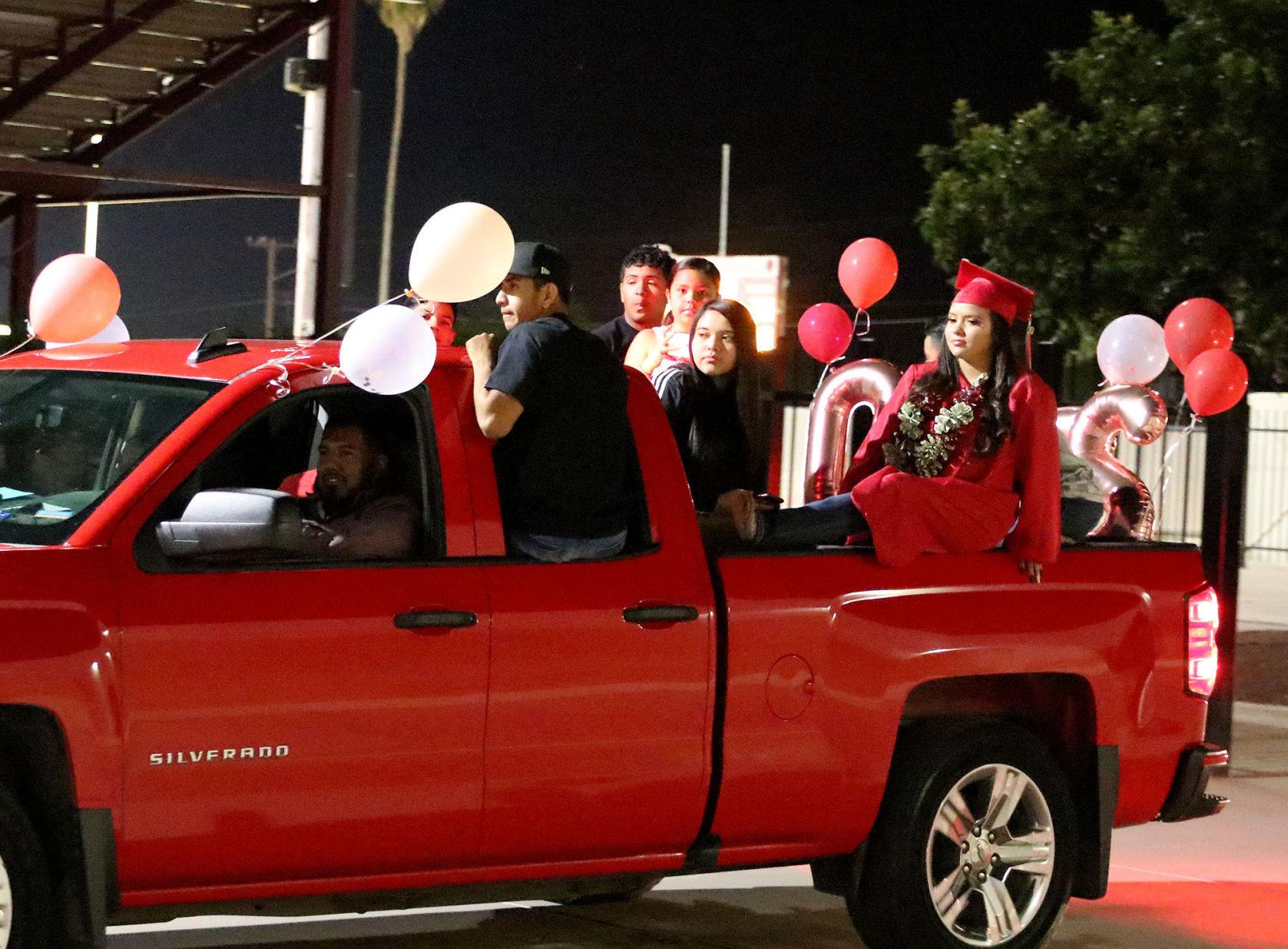 The current Toltec School District logo is a drawing of a school no longer used as a school.

ARIZONA CITY — Over the past two years the Toltec School District has been updating its curriculum to include a digital component.

The district approved a six-year license of nearly $89,800 from Houghton Mifflin Harcourt for a social studies curriculum that aligns with new state learning standards for the junior high students and offers magazine-style lessons for the elementary grades.

The magazine lessons can be taken home and do not require textbooks for the lower grades. Students are already familiar with the online component, which is similar to the one used in language arts.

“This is actually the lowest amount that we’ve paid for curriculum,” Superintendent Denise Rogers told the school board May 11. “This is our third year in buying a whole subject of curriculum. Next year will be science, but we’re waiting for standards to be finished. After next year our classrooms will be equipped with curriculum for every subject.”

Parents and guardians will have a new way to enroll their student next year through a digital program.

Rather than filling out an entire paper packet, parents will be able to register their child online from home or they could come to the schools if they do not have access to the internet. The paper packet will still be available for those who prefer that method.

During the meeting, the board also discussed the idea of looking into getting a bond issue on the ballot in the upcoming election.

Rogers asked the board members for their input before looking into everything that would be needed for the district to go for a bond vote.

“You know that our facilities are in great need of help with some renovations and there are things that we don’t have the finances to do,” Rogers said. “There’s some things that we have to do that we’re having to do very slowly because we have to prioritize, and the priority right now is curriculum.”

After two years, the district is back in compliance with the state and now the district can opt for taking a bond vote. Rogers said that bonds can be used for capital outlay, which would include school bus maintenance and possibly adding preschool programs to both schools.

With November including a presidential election, Rogers believed that it would be a good time to put a bond measure on the ballot, but then the COVID-19 pandemic hit.

Board member Dennis Callahan believes that the district has needed a bond issue for a long time but has not asked for one.

“You don’t have it if you don’t ask,” Callahan said. “We’ve done a substantial amount of work in the last three and a half years to improve things. We have used what we had to do the best we could, and I think we’ve done a great job, and I think that a bond is not beyond asking the taxpayers to help us complete the work we’ve started.”

Callahan mentioned that the district needs to be specific about what the bonds will used for and offer a specific number of what the increase will cost taxpayers. He also brought up the Adjacent Ways project that the district was planning a few years ago that was stopped and ended up with money being returned to the taxpayers.

“I’m all for it,” Callahan said. “We really need to start the process because it might take us three tries to get one.”

Board member Pam Long agreed with Callahan about being specific about the numbers and what the bonds will be used for as well as providing the community with all the necessary information before people vote.

ACES gets new principal
By MARIA VASQUEZ, Staff Writer
May 27, 2020

ARIZONA CITY — Students at Arizona City Elementary School will have a new principal when the next school year kicks off.

ELOY -- Hawaii’s jail and prison oversight commission is demanding an investigation by the state's Department of Public Safety into an attorney’s claim that more than a dozen correctional staff at the Eloy private prison housing Hawaii inmates have COVID-19.

CoreCivic, the prison’s operator, said that two staff members have been confirmed to have COVID-19 at the Saguaro Correctional Center in Eloy, Arizona, where more than 1,100 Hawaii inmates are housed under an agreement with the Department of Public Safety.

Amanda Gilchrist, a CoreCivic spokeswoman, said the two Saguaro staff members have both completed a 14-day self-isolation and were medically cleared to come back to work.

In a May 13 letter to Hawaii Public Safety Director Nolan Espinda, the Hawaii Correctional Systems Oversight Commission laid out a number of other allegations made by the Nevada attorney whose client is housed at Saguaro, including that guards only recently began wearing masks and that social distancing is not being practiced.

ELOY — Three days after U.S. Immigration and Customs Enforcement officials claimed in court filings that there were no longer any active or su…