The new Coolidge aquatic center is being built by Haydon Building Corp.

The centerpiece of the new aquatic center in Coolidge, a water slide, towers over the site, which is still under construction.

One of the final pieces of the slide lies waiting to become part of the whole at the construction site for the new aquatic center in Coolidge.

A closer look at the final descent of the water slide at the Coolidge aquatic center still under construction.

A cement mixer stands at the ready last Thursday at the bottom of an empty pool, one of two under construction for the new aquatic center in Coolidge.

COOLIDGE — This summer, Coolidge residents should be able to celebrate the end of the school year — and hopefully the waning days of the pandemic — with a brand new pool complex just outside of the high school.

Construction of the centerpiece water slide caught the eye of locals this past week, as the final pieces were being installed and the cement lining of the pools was underway.

The center is the result of an intergovernmental agreement between the city and the school district. According to Parks and Recreation staffer Kassie Palacios, in addition to the pools and slide, the site will have a rock climbing wall and ample shading.

Palacios said the goal is to have the center ready by the end of May, and that the construction may even be ahead of schedule.

“People are very excited for it,” Palacios said. “The old pool was just a plain old pool, so people are excited for children to actually have a slide. People are already calling and asking about pool parties.”

Less exciting, but still important, is the adjacent roadwork that is due to occur along Northern Avenue. City Engineer Matt Rencher said the city is working with a contractor to replace irrigation pipe below the street that has been causing leaks, before repaving the roadway. The work isn’t expected to stall the opening of the pools.

Rencher called the aquatics center “long overdue” and praised the contractors for their hard work. Rencher said that the project is built to last at least 20 years.

At the moment, the pandemic situation isn’t expected to delay a formal opening. Once the summer starts, the center is expected to have a capacity of over 200 people.

Palacios said that it could draw not just from Coolidge but bring in people from around the region.

COOLIDGE — When he was elected last year, T.J. Shope became only the second state senator from Coolidge. Having represented the district as a member of the House of Representatives since 2013, Shope said despite the “light-years’ difference” between the two offices, he was committed to help fight for Coolidge and the local economy.

At the Coolidge Chamber of Commerce’s monthly luncheon Wednesday, March 17, Shope outlined recent legislation that he’d been involved with that would affect the region.

One significant bill that Shope sponsored was funding for the widening of Interstate 10 between Chandler and Casa Grande. That includes a replacement for the current I-10 Gila River Bridge; construction is expected to begin in 2022. Shope said the widening of the highway is important for businesses like Nikola Motors and Lucid Motor Company, and he also praised the Gila Indian River Community for being a “fantastic working partner” on the legislation.

Shope also sponsored a bill supporting an early childhood literacy program, which passed in the Senate earlier this month and passed the House Education Committee on March 16. Shope the bill has bipartisan support and would help both young learners and teachers in Arizona.

Two broader issues that Shope suggested had implications for the region are the sale of Johnson Utilities to EPCOR, an issue he’d been working on for the past four years, and the proposed Resolution Copper mine in Oak Flat, which he supported.

“I was in (late Sen. John) McCain’s office the night the land swap was approved by the House,” Shope said about the latter. “It was a major accomplishment for him.”

Shope acknowledged that the mining operation would scar the land but that he believed advances in reclamation technology would mitigate environmental damages in a timelier fashion than past mining projects.

On the EPCOR purchase, Shope said he was discussing concerns with Coolidge city planners such as Economic Development Director Gilbert Lopez to make sure a similar situation wouldn’t occur again.

“If we look into the future, we will be interconnected communities even more so than we are today,” Shope said. “Problems that affect neighbors will have an indirect impact on our daily way of life.”

Shope offered a mixed assessment of the role government should play in mitigating concerns over water resources. He had previously praised the agreement between EPCOR and Johnson, saying “the utility nightmare is finally over” in January, but said he opposed current legislation that would make it easier for agencies to step in and expedite similar takeovers in the future.

“It should be a difficult process,” Shope said. “That is government putting a business out of business.”

Similarly, on both water issues and the pandemic, Shope said that enforcing water conservation is necessary but that localities should have flexibility in crafting their own rules and regulations.

“I am happy many have followed plans to make sure people stay healthy but continue to live their life,” Shope said of the pandemic.

Shope also mentioned that his office is available for small businesses that needed help securing federal CARES money, or individuals who are trying to collect unemployment benefits. According to Shope, in-state support during the pandemic has been crucial to keeping local economies afloat.

“Arizonans are helping local businesses survive,” Shope said. “That is not to say things are great. Communities are seeing a hit but people are being creative.”

Before Shope’s discussion, several business representatives spoke up about their opening procedures as the pandemic recedes. Carolyn Richel with Hospice of the Valley said that families could once again be with patients in their care units, which she described as a “blessing.”

During the month of February, the chamber added two new members in the reopened Coolidge Cleaners and the Coolidge Solar Center.

Richmond American Homes is building at the Seasons of Tamaron community in Casa Grande.

COOLIDGE — Not even the pandemic could stop the building boom in Pinal County, according to some high profile developers.

With the construction of new homes, especially with the filling out of “zombie” subdivisions left over from the recession, the county has continued to see a steady rise in home ownership.

At a talk on Friday morning moderated by Pinal Partnership, three developers discussed their market and why homes valued at $200,000 or above are in high demand.

“We are seeing a tremendous amount of housing demand that none of us can keep up with,” said Ryan Huffman, division president of Richmond American Homes.

Huffman said that 40% of Richmond American’s new communities are in Pinal County, and they’d gotten over 200 permits approved for this year. The company has six communities in Casa Grande and two in Coolidge. Huffman described RA’s “bread and butter” as single-story ranch homes, although they are launching some models with large “ultra-garages” for RVs in Maricopa. 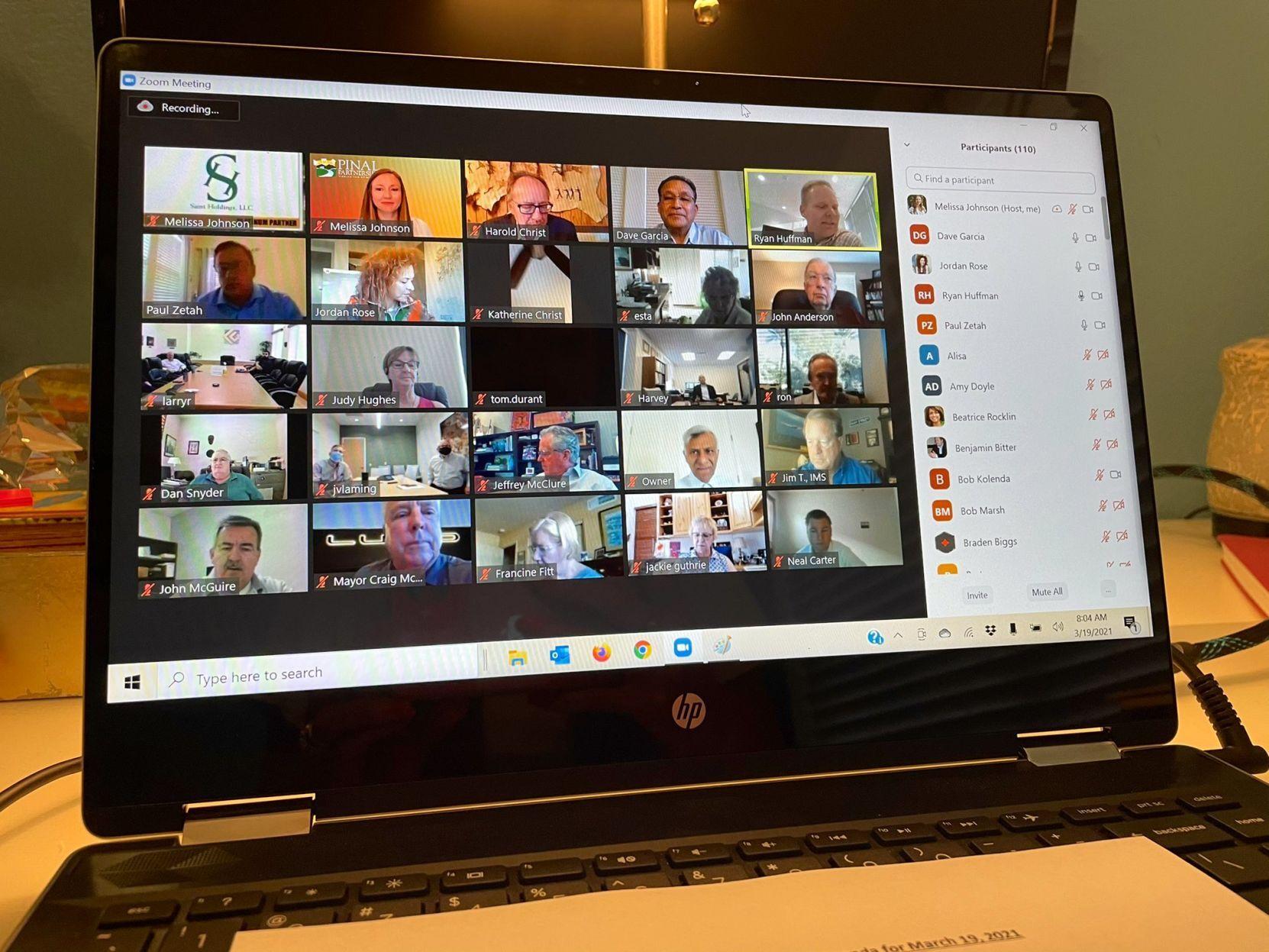 The Pinal Partnership meeting Friday was held by teleconference.

According to Huffman, the scope of construction has actually created a labor shortage, especially around Phoenix, as there aren’t enough workers available to build the projects.

All three developers agreed that the relative affordability of homes compared to the Phoenix metro area was driving families to Pinal County. They also noted that a lot of the influx of residents from out of state was coming from California. Another major appeal county-wide has been the rural character and sweeping vistas.

That is why Dave Garcia, vice president with Shea Homes, said his company is developing a new community, Borgada, in San Tan Valley. Garcia said they would continue to monitor Pinal County as an attractive submarket, though he acknowledged that Borgada would be at a higher price point than most area developments.

Although those purchasing homes are largely families, Garcia speculated that some individuals who are now working from home are part of the housing boom as well.

“I think people when they got homebound decided they’d rather live in a home instead of an apartment,” Garcia said. 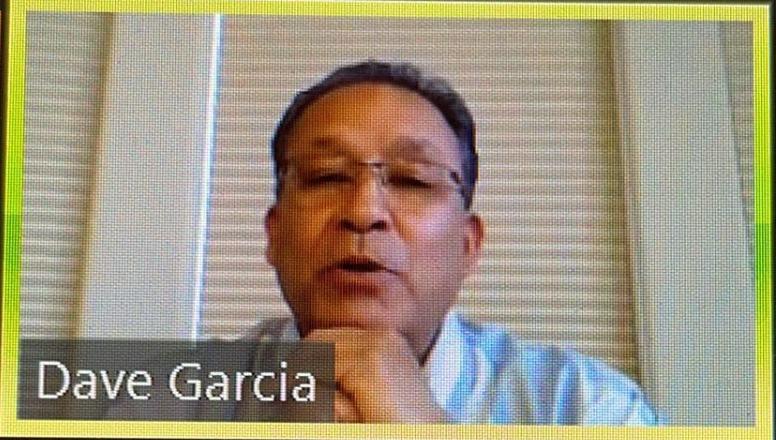 Garcia mentioned that his company is looking at different ways to accommodate office functions within the home, including new layouts and lighting options.

According to the speakers, Coolidge is where the most affordable homes are among their portfolios. Garcia said that if homes become too expensive, or they start seeing “benched product,” developers could try to switch out yard space with more common areas within communities.

“Everyone has a price point and has to sacrifice something,” Garcia said. “Some will give up a bit of yard to maintain the size of their home.”

While all three said they took a hit immediately after the COVID-19 shutdowns began last year, the market picked back up. The ability to conduct the sales process virtually was one advantage created by the situation.

“I can’t build homes fast enough,” Zetah said. “When COVID hit we shut down operations, assuming we’d have a lot of inventory on our hands. But there was no reduction of more than a few weeks.”

Although Garcia said that he would like to see more streamlining of the process to help shorten timelines, the developers praised local officials and engineers for cooperating on permitting.

At the end of the meeting, Pinal Partnership announced a change in the leadership structure, as President and CEO Harold Christ is stepping down to become part of the partnership’s executive committee.

Former Pinal County Supervisor Anthony Smith will be the next president of the public-private nonprofit organization, working with Executive Director Melissa Johnson.

“It’s been a wonderful seven years,” Christ said. “I always approached the time here with faith, hope and love. Pinal County is an amazing place. We love not just the physical part, but the people here are very unique.”

COOLIDGE — The good news, according to city officials, is that homes in Coolidge are going up at a steady rate and the economy is recovering from pandemic lows.

But with new growth comes the specter of new taxes. During their meeting on Monday evening, the Coolidge City Council began a discussing that will extend through the coming months on potential property tax increases for the 2021-22 fiscal year.

“We have a lot of growth, a lot of new houses,” Finance Director Gabriel Garcia said. “Likewise, there’s new area we have to cover, and a lot of new things that go along with that. This is unfortunately how we pay for all that stuff.”

By law, even if there is no property tax increase, the city has to post a 60-day notice of intent so the public is made aware. The city will be reviewing budget proposals in May.

Earlier in the meeting, Mayor Jon Thompson declared April 4-10 “national library week.” According to staff member Joyce Baker, people are coming back to the library, and with the Florence branch closed, Coolidge was temporarily taking on a larger role in the region.

“Libraries are cornerstones of democracy, promoting the free exchange of information and ideas for all,” Thompson said. “They long serve as trusted and treasured institutions for all members of the community.”

During a monthly report by the Coolidge Chamber of Commerce, Executive Director Lynn Parsons said the chamber was filming a series of marketing videos on “reasons to live in Coolidge, do business in Coolidge and visit Coolidge.”