PICACHO -- Some Picacho residents feel that little by little, their town is disappearing.

“Picacho has become the real-life Radiator Springs,” said Traci Kile, a longtime resident who serves on the Picacho Elementary School District board.

Radiator Springs is the fictional rundown town in the Disney movie “Cars.”

But Kile said that Radiator Springs is far from the image she had of Picacho when she was growing up there.

“It was a great little town. Everyone knew everyone,” she said. “I served in the military and went away for a while, then I came home, got married and raised a family here, but little by little, we’re losing everything in this town.”

The town once had a restaurant and bar as well as a gas station and a small store.

But with the widening of Interstate 10, things changed. The widening to three lanes on each side had been delayed because of the planning needed to reroute and straighten the road.

“We lost our on and off ramps on the highway and some of the roads, including the road to Picacho Elementary School,” Kile said. “When a kid misses the school bus, they sometimes have to jump the fence and run across the freeway.”

Picacho Elementary School, on Vail Road, is the only school in the unincorporated community.

Although Kile can see the school from her house, driving there on the rerouted roads now takes her about 8 miles out of the way, she said. 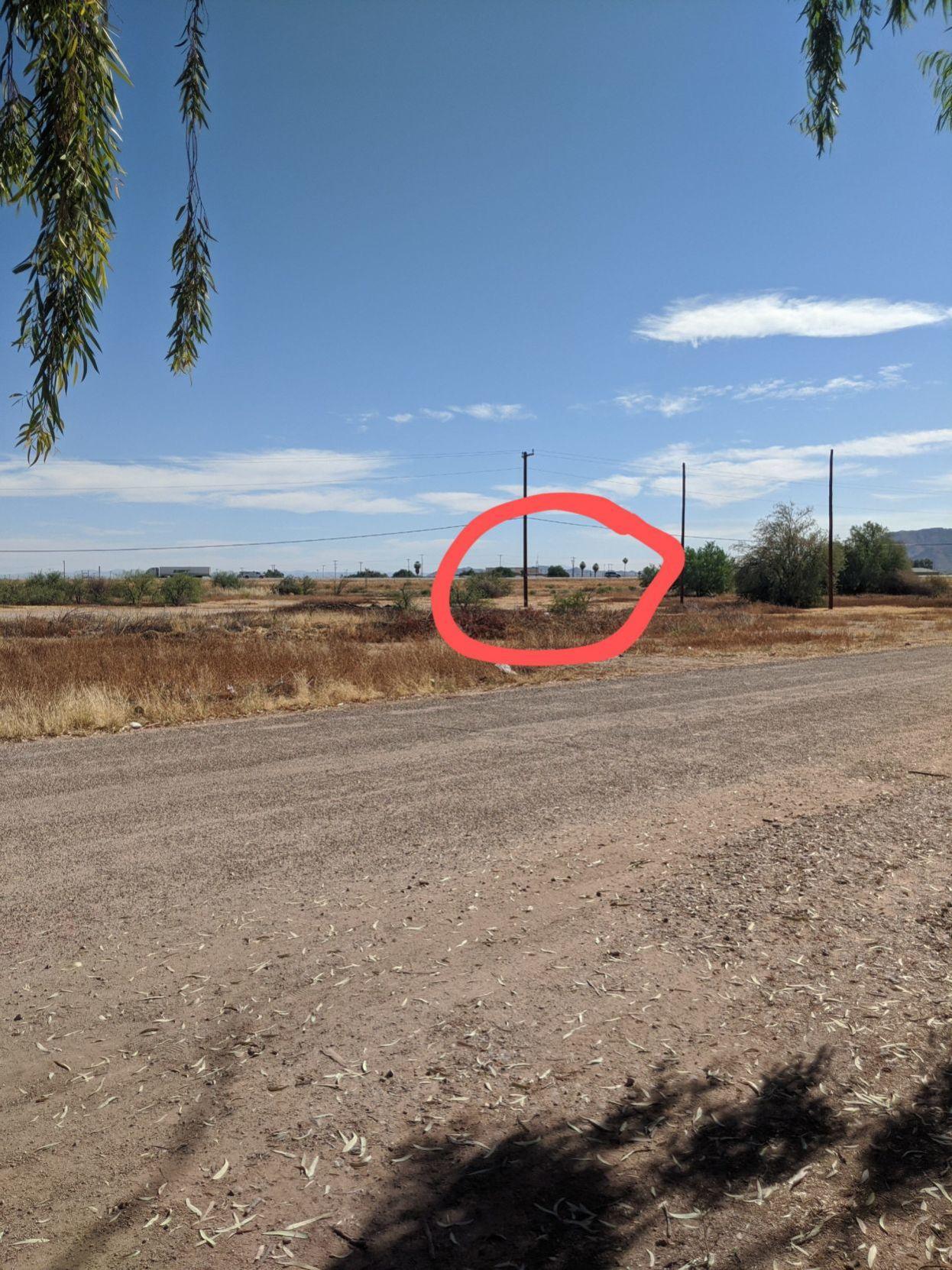 Although Traci Kile can see Picacho Elementary School from her house, driving there takes her more than 8 miles out of the way.

For Christine Pickering, who grew up in Casa Grande, Picacho has been an ideal place to raise her children, except when her kids miss the school bus.

“On days that they miss the bus, it can be aggravating and stressful on the kids,” she said.

Pickering lives about a half a mile from Picacho Elementary School but because Interstate 10 blocks direct access to the school, the route to drive her children to school takes her 16 miles out of the way.

Another route, a dirt road, is only accessible in good weather, she said.

“That’s a shorter route, but on days when it’s raining, we can’t go that way,” she said. “Either way, we have to cross train tracks and one day, there was a train sitting on the tracks for about 45 minutes, blocking access to the school. A lot of kids and teachers were late that day and kids were sitting on the bus for more than 45 minutes.”

If a pedestrian overpass were built over the interstate, her children, Bryan, a sixth grader, and Shyanne, a fourth grader, and others could easily walk the half mile to school, she said.

“A few years ago, they closed the post office. Now the Postal Service is talking about possibly no longer delivering mail to Picacho, which means we’d have to go to Eloy to get our mail,” Kile said. “There’s an elderly woman who lives here who walks to that mailbox every day. It’s her way of staying active and social.” 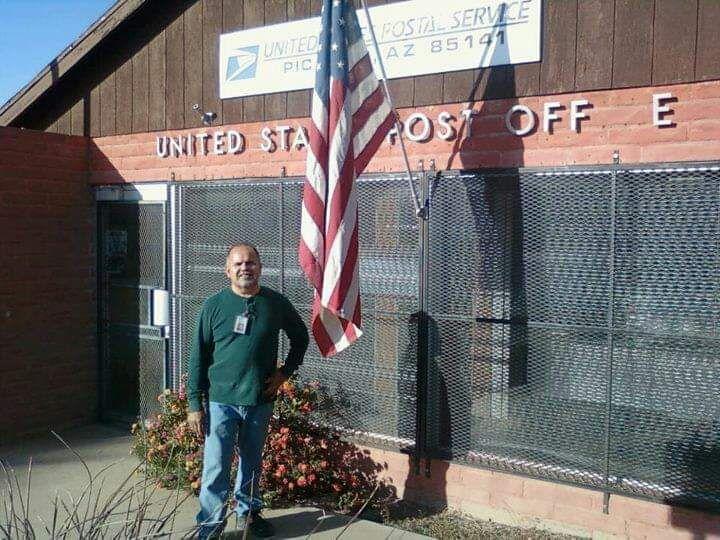 The Picacho Post Office was once a place where neighbors and friends would see one another. In this photo, the post office's last postmaster, Abel Garza, stands in front of the building before it was demolished several years ago.

In a letter sent March 11 to postal customers, the U.S. Postal Service announced that it was “conducting a discontinuance feasibility study of facility operations.”

“A discontinuance feasibility study involves a review of delivery and retail operations of a postal facility. The purpose of the study is to evaluate the facility’s operations in a continuing effort to meet customers’ retail needs, improve productivity, increase efficiency and cut costs,” the letter said.

The letter also says that if service is discontinued in Picacho, residents may receive their mail at a post office box in Eloy.

Calls from PinalCentral to the phone number on the letter were not returned.

Kile said she remembers when the Picacho post office building served as the center of town and a place where people would see friends and neighbors. The building was demolished and Interstate 10 now runs through the spot where it once stood.

“The road that the post office and the majority of residential properties lost was Camino Adelante,” Kile said. “It turned into Frontage Road that led to Picacho Peak. It was also the same road that people would take to get to the school. They closed our post office seven years ago and now they want to take away our mail delivery too. Our hometown is slowly dying.”

In a pair of 2-1 decisions Friday, the 9th U.S. Circuit Court of Appeals said the president “lacked independent constitutional authority’’ to authorize the transfer of the dollars.

“These funds were appropriated for other purposes, and the transfer amounted to drawing funds from the Treasury without authorization by statute and thus violating the Appropriations Clause,’’ Chief Judge Sidney Thomas wrote for himself and Judge Kim Wardlaw.

Thomas acknowledged that Congress did give the Department of Defense the authority to transfer money to respond to an “unforeseen military requirement.’’ But he said that was not the situation here.

“The border wall was not an unforeseen military requirement,’’ Thomas said. And he noted that Congress actually had refused to provide the funds.

And the judge said allowing the administration to move money around in this fashion essentially would incentivize the defense department to submit budget requests after it has submitted its final budget to Congress “in order to skirt the congressional appropriations process.’’

Only Judge Daniel Collins dissented, saying the transfers were lawful.

The net effect of the ruling, however, is less clear.

Last year the U.S. Supreme Court, on a 5-4 vote, agreed to let the administration start spending the cash while the cases were making their way through the courts. And just last month, the government awarded a $1.3 billion contract for a 42-mile section of the wall in Arizona.

Dan Mills, borderlands program manager for the Sierra Club Grand Canyon Chapter, acknowledged that, given the Supreme Court action, construction can continue while the Trump administration appeals. He said that includes stretches through the Organ Pipe Cactus National Monument and the San Bernadino National Wildlife Refuge in Cochise County.

That raises the possibility that, depending on how quickly this case goes back to the nation’s high court, the victory on Friday could prove moot.

“It would be devastating for Southern Arizona,’’ Mills said. “There would be a wall across the Santa Cruz River.’’

California Attorney General Xavier Becerra said the ruling “reminded the president — once again — that no one is above the law.’’

“While the Trump administration steals public funds to build an unauthorized wall at the southern border, families across the country are struggling to pay their bills,’’ he said in a prepared statement.

“That is interference of the courts with the power that the president has been given to act as the executive of the nation,’’ he told Capitol Media Services.

He said that Trump, charged with protecting national security, has the power to move around those dollars, especially after the Democrat-controlled Congress refused to act — a refusal Finchem said is based on the party’s desire to keep immigration alive as a campaign issue. And he defended the committee’s decision to intercede to defend the president’s decision.

“The state has an interest in this,’’ Finchem said.

“It’s our border,’’ he continued. “And we’re the ones responsible for managing what happens inside of our border. 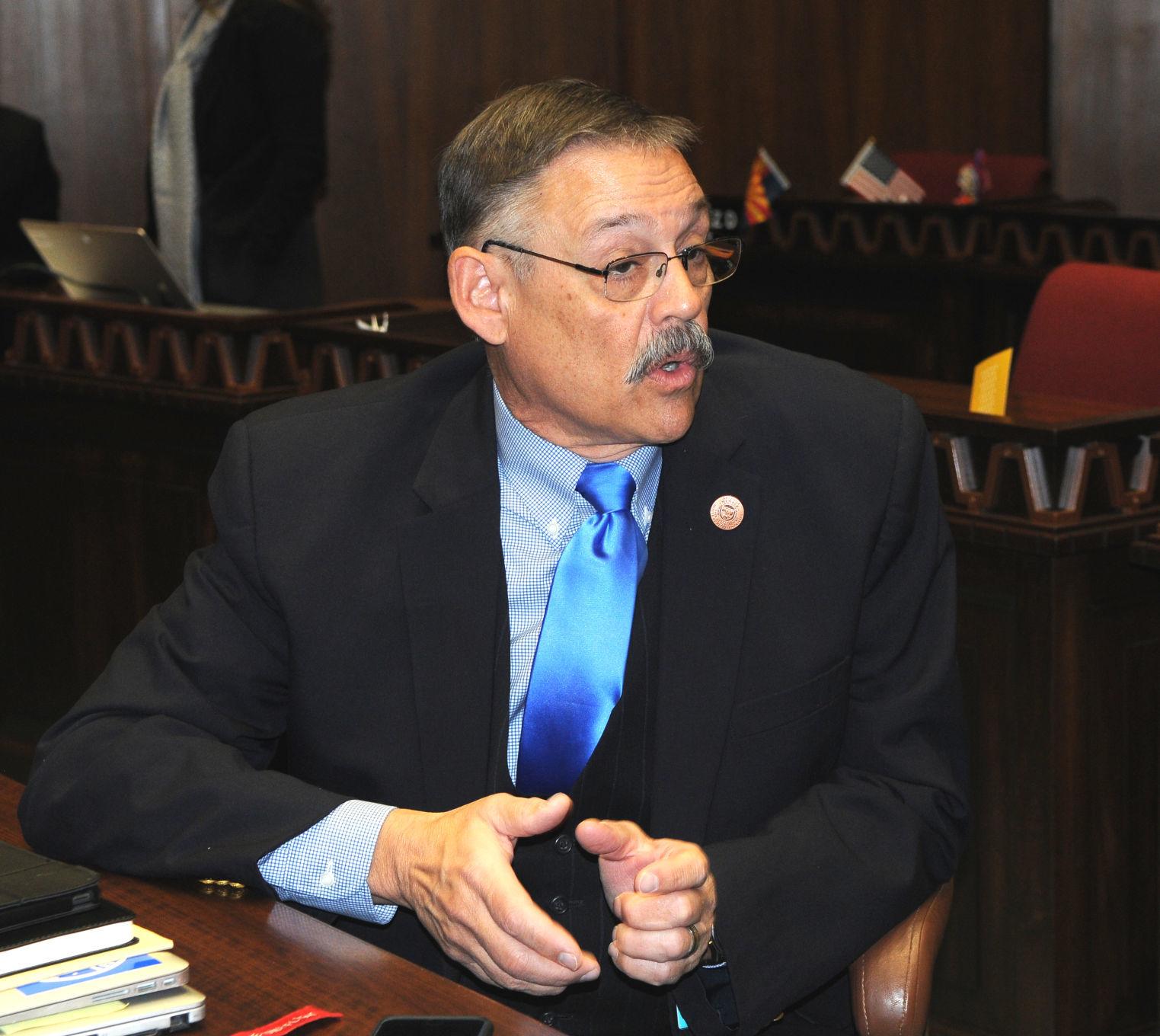 On the other side of the issue, attorneys for the Tohono O’odham Nation argued that construction of a new section of the wall in the Tucson sector would not just cause environmental damage but actually would result in more criminal activity, trash, debris, damage to cultural resources and wildland fires caused by migrants as they effectively would end up there to avoid the fence.

The judges accepted similar arguments advanced by attorneys for several states — not including Arizona — who had filed their own challenge. And they said that California and New Mexico “demonstrated that border wall construction injures their quasi-sovereign interests by preventing them from enforcing their environmental laws.’’

In seeking to block the action, much of the brief filed by Finchem’s committee claimed the Sierra Club lacked legal standing to sue in the first place.

The court didn’t see it that way, with Thomas noting that thousands of the club’s members live near and frequently visit the areas along the border.

“They obtain recreational, professional, scientific, educational and aesthetic benefits from their activities in these areas, and from the wildlife dependent upon the habitat in these areas,’’ he wrote. “The construction of a border wall and related infrastructure will acutely injure these interests because the Department of Homeland Security is proceeding with border wall construction without ensuring compliance with any federal or state environmental regulations designed to protect these interests.’’

Finchem was angered at the decision to let the Sierra Club sue. And he was particularly miffed that taxpayers could end up paying the organization’s legal fees.

“The unrestricted use of taxpayer dollars to pay for the Sierra Club to sue the taxpayers is never what the Equal Access to Justice Act was about,’’ Finchem said. That law says a prevailing party in a legal action against the federal government is entitled to its legal fees unless the federal agency shows that its position “was substantially justified.’’

And Finchem, who is in running to become the speaker of the House, lashed out at members of Congress who he said were “standing in the way of the president doing his job.’’

“Imagine how much more effective the president would have been had these ‘resist’ bozos not been running around doing everything they can to interfere with the operations of our government,’’ he said. It was that lack of cooperation, Finchem said, that forced Trump to find “alternative means’’ of getting funds for the wall.

“The fact that money was taken away from some Democrat congressman’s district in the form of a military contract to move the money into some other national defense purpose, I guess they should have thought about that before they voted against building the wall which, by the way 78 percent of Americans want,’’ Finchem said.