FILE - In this Sept. 17, 2019, file photo, migrants who are applying for asylum in the United States go through a processing area at a new tent courtroom at the Migration Protection Protocols Immigration Hearing Facility, in Laredo, Texas. The U.S. government on Thursday, Jan. 2, 2020, began sending asylum-seekers back to Nogales, Mexico, to await court hearings that will be scheduled roughly 350 miles away in Juarez, Mexico. Authorities are expanding a program known as Remain in Mexico that requires tens of thousands of asylum seekers to wait out their immigration court hearings in Mexico. (AP Photo/Eric Gay, File)

PHOENIX — Gov. Doug Ducey said Wednesday he wants some answers from the federal government on how the decision to again process asylum seekers will affect Arizona.

In a letter to Alejandro Mayorkas, the secretary of Homeland Security, the governor complained that the agency has not consulted with local law enforcement and health officials about what he called the “hasty announcement’’ by the Biden administration to repeal the Migrant Protection Protocols that had been instituted by former President Donald Trump. That had all but locked down the program, forcing those seeking admission to wait in Mexico.

Now the Biden administration is expected to restart the program as early as Friday, though the White House says no one is being admitted just yet.

The problem with all of that, the governor said, is no one has apparently bothered to check with the people in Arizona who will have to deal with the influx.

Gubernatorial press aide C.J. Karamargin acknowledged that asylum applications were being processed for years before Trump changed the policy. And he said that Ducey has never been among those who have advocated for sealing the border with Mexico.

But he said what the Biden administration announced is not simply a return to the way things were before.

“One of the big differences between now and then is COVID-19,’’ Karamargin said. And that, he said, has resulted in lots of questions from those on the ground.

“So we are conveying the questions that we’ve received to DHS,’’ Karamargin said.

Ducey was very specific in his letter to Mayorkas about what he wants to know.

“How will individuals be monitored for health concerns and protected from COVID-19,’’ the governor asked.

He also wants to know whether the administration has plans to keep migrants distanced from one another while awaiting testing results. And Ducey wants a commitment from the federal government to quarantine all migrants who test positive for the virus so they are not released while contagious.

There was no immediate response late Wednesday to inquiries to Homeland Security about the governor’s letter.

In a press release Tuesday, the White House announced it will begin to process eligible individuals to have their claims of asylum heard in the United States. There will be a “virtual registration process’’ accessible from any location.

“Once registered, eligible individuals will be provided additional information about where and when to present themselves,’’ the statement said, telling people to not approach the border until advised.

All that is designed to begin to scrap the Migrant Protection Protocols which Trump launched in 2019, dubbed the “remain in Mexico’’ program, amid the former president’s claims that the asylum system allowed people with meritless claims to apply.

Administration officials said they will begin by processing about 25,000 migrants now in Mexico with active claims. That requires not just registration but being tested for COVID-19 before coming to a U.S. port of entry.

Not everything the governor is asking about is related to COVID.

For example, Ducey wants Mayorkas to tell him how his agency will be held accountable to ensure that those who are admitted while awaiting hearings actually show up. There also are questions about whether additional asylum judges will be needed and how the administration intends to deal with asylum seekers who have criminal records.

On a more practical level, the governor said the faith-based and community organizations that tend to help migrants have been hampered by challenges to fundraising during the pandemic. That, he said, leads in turn to questions about whether the federal government intends to provide resources and personnel to provide needed services to asylum seekers.

Karamargin sidestepped the question of whether Ducey is demanding that the administration not implement the policy change until the governor gets the answers he wants.

“He is pointing out that the policy appears to have been implemented without contacting the folks on the ground, and then asking a series of questions about what the impact might be,’’ Karamargin said.

The administration has suggested it would be handling the processing at three border entry points. But there has been no announcement whether that will include any of the crossings in Arizona.

HOUSTON — The day after she gave birth in a Texas border hospital, Nailet and her newborn son were taken by federal agents to a holding facili…

NOGALES, Mexico -- On his second round of executive orders on immigration, President Joe Biden said his administration will promptly review th…

WASHINGTON (AP) — The Biden administration is withdrawing the U.S. from agreements with three Central American countries that restricted the a…

SAN DIEGO — The Biden administration on Tuesday announced steps to address harm to thousands of families that were separated at the U.S.-Mexic…

Avocado is a green monster puppet who regularly visits tourist destinations and other spots throughout Arizona, making videos highlighting specific areas. The puppet also sometimes lip-syncs to music or demonstrates such things as pumpkin carvings.

The puppet has about 20,000 subscribers on YouTube and has visited such places as Pioneer Living History Museum, Meteor Crater, a carnival funnel cake stand and other locales. 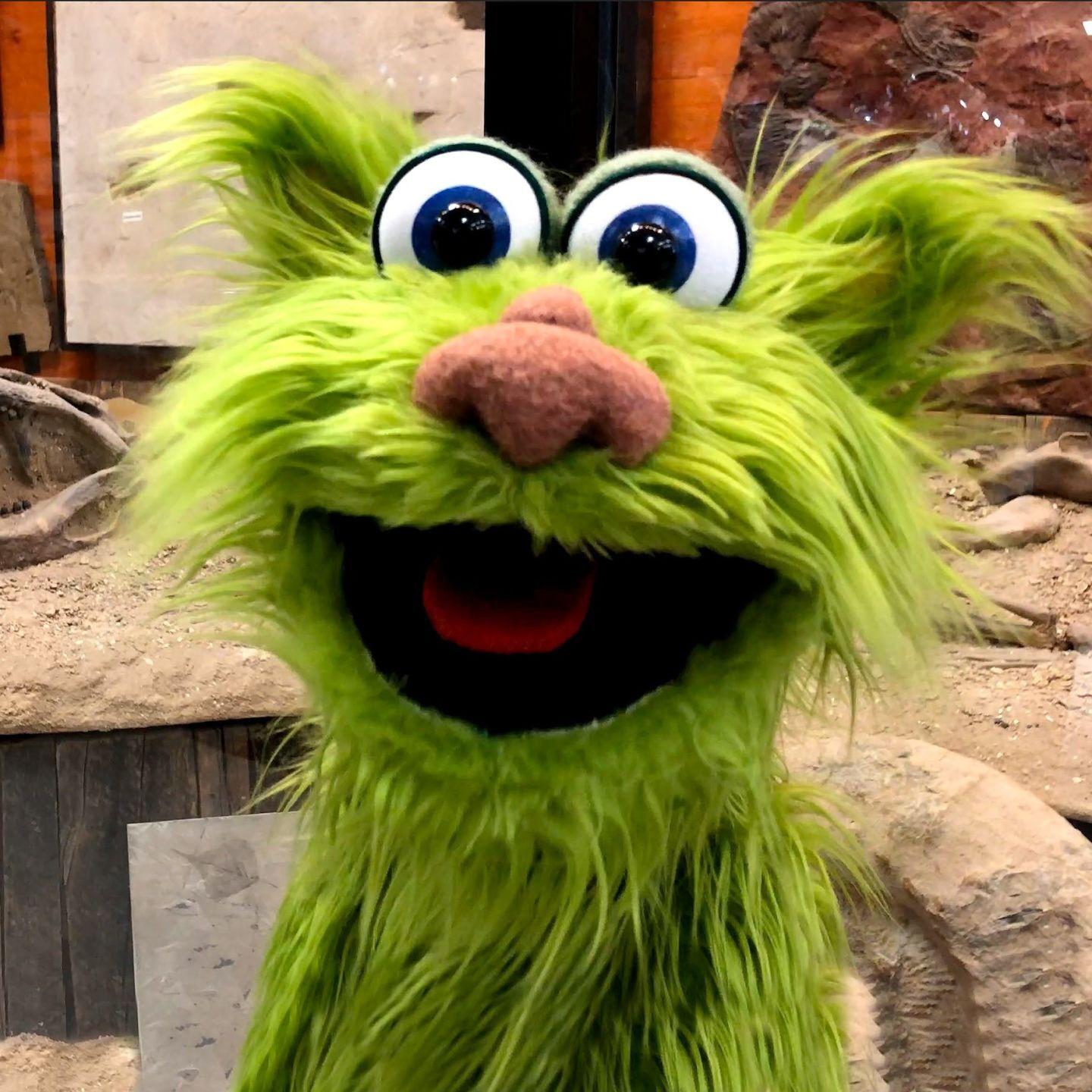 In the Neon Sign Park video, uploaded to the “I’m Avocado” YouTube page on Monday, the friendly furry monster gives a few details about the park.

“All these signs were retired from the 1940s and ’50s,” the puppet says in the video, before taking viewers on a tour of the park in the daytime, then at night.

“Join me while I visit this awesome Neon Sign Park in Casa Grande,” the puppet’s description of the video reads. “There are 14 neon and vintage signs from the city of Casa Grande, most from the 1940s and ’50s. The signs were restored with real neon and turned on April 13, 2019.”

The four-minute video has already had more than 1,800 views.

While in the Casa Grande area, the puppet, whose true identity is not known — I’m Avocado is listed on YouTube as a comedian — also visited the abandoned Domes near Casa Grande and the Casa Grande Ruins National Monument in Coolidge to make two additional videos that will be uploaded soon.

The video can be seen on YouTube on the I’m Avocado page.

Join me while I visit this AWESOME Neon Sign Park in Casa Grande, Arizona! There are 14 neon and vintage signs from the city of Casa Grande, m…

The Don Market sign has been donated to be restored one day and placed in the Neon Sign Park.

The Don Market sign has been donated to be restored one day and placed in the Neon Sign Park.

According to a Facebook post, Don Market originally opened in the 1890s, then moved to its later location at Florence and First streets in the 1940s.

“This beautiful Monday morning seemed like a great day to preserve some Casa Grande history,” Casa Grande Main Street said on a Facebook post on Feb. 8.

Outdoor Illuminations and Arizona Public Service Co. were both thanked for their role in taking the sign down and storing it.

“Sad to see it removed but also excited knowing it will be restored and displayed for many more years! Neon Sign Park is a blessing,” one Facebook commenter said.

However, according to Main Street, there is no time frame for the work.

“It is a very long and very expensive process to restore a neon sign and set it up,” Director Holly Rakoci said. “At this time, due to lack of funding and lack of fundraising opportunities, Main Street is struggling to simply keep its doors open and be operational.”

According to Casa Grande Main Street’s vision statement, the nonprofit organization hopes to enhance the economic vitality of downtown, promoting and marketing the district, fostering partnerships and acting as the lead advocate for downtown and its historic preservation.

The Neon Sign Park is located at 408 N. Sacaton St. The park is free and open to the public. The signs are lit from dusk until 11 p.m.

CASA GRANDE — Casa Grande Main Street’s efforts to preserve the city’s history through the construction of an outdoor sign museum, the Neon Si…

CASA GRANDE -- The lights are now on at the newest community attraction in Casa Grande — the Neon Sign Park.

CASA GRANDE — Downtown Casa Grande is set to be a little more electrified.

During February’s Planning and Zoning Commission meeting, a resident asked a representative from the construction company if the Dollar General would be a new style known as Popshelf.

“Well, I’ll be more than happy to answer that, yes, this is the new style store,” the representative said when answering the resident.

However, on Tuesday, a representative from Dollar General said the proposed store would actually be a standard Dollar General with some upgrades from an initiative that launched in 2018.

“The new ‘style’ that they referenced is the internal store layout versus the external branding,” said Crystal Ghassemi, senior director of public relations for Dollar General. “To confirm, the proposed store on East Kortsen Road will be a traditional Dollar General store.”

However, the store will offer some expanded assortment of products.

“We have an initiative called NCI (non-consumable initiative) that launched in 2018 that’s a bold and expanded assortment of products in home, domestics, housewares, party and occasion,” Ghassemi said.

According to Ghassemi, more than 5,200 stores across the country carry the non-consumable mix and the new Casa Grande store is scheduled to carry the merchandise.

The store was approved with a technical modification to the major site plan to provide for a wall along the northern and western boundaries with a residentially designated area. According to the agenda, the wall is to be 6 feet in height as measured from the grade of the abutting property.