In an executive order Thursday, Gov. Doug Ducey dissolved all the limits he had previously imposed on how businesses need to operate. That eliminates any remaining requirements to limit the number of customers to ensure social distancing and to require that staff and patrons wear masks.

Dr. Cara Christ said the main reason that restrictions were imposed and bars were closed entirely was the fear of overwhelming the state’s health care system with COVID-19 patients.

Now, she said, the use of hospital and intensive-care beds is way down. More to the point, Christ said many of the people who are most at risk, meaning the elderly, already have been vaccinated.

The health chief acknowledged that some businesses are not following her advice that, despite dissolution of the gubernatorial orders, they should continue to enforce mask use and to maintain social distancing. There even were reports of at least one bar promoting the idea that customers are now free to crowd in.

But that, Christ said, is no reason to continue to make that illegal. She said individuals now need to assess their own risk of severe complications.

“Hopefully, there weren’t a lot of our older Arizonans at those bars,’’ she said, the kind of folks who are more likely to get seriously ill.

Christ also pointed out that businesses remain free to enforce mask and social distancing requirements. And she is suggesting they do that.

But she brushed aside questions about whether the new order undermines their ability to gain compliance as customers could argue that the governor has said it’s OK to go maskless.

“They can extend that,’’ she said, and enforce things like mask mandates at the door in exactly the same way. “They do have the authority to be able to require those types of mitigation strategies.’’

All that, however, leaves the question of exactly how the decision to convert health requirements into recommendations was made.

While Christ said hospital capacity was a key factor, the health director conceded she and the governor did not consult with any of their top officials. In fact, several of the state’s major hospital chains released a statement calling Ducey’s move to jettison mandatory distancing and mask requirements as premature.

“A downward trend is not synonymous with the elimination of the virus,’’ they said in a joint statement.

Christ did not dispute that contention.

“We could see another spike in cases,’’ she said. But Christ said that’s not the metric that drove the original decisions to impose restrictions. And she said it should not be the metric to decide whether to lift them.

“Really, what we were trying to prevent is an overwhelming of our hospitals and our health care systems,’’ she said. That also is the reason that health care workers and those at the highest risk of developing complications from the virus — and needing hospitalization — were among the first to get the vaccine.

“We’ve got higher vaccination rates in those vulnerable populations, which is going to keep our hospitalizations down,’’ she said. “The severe outcomes are really what we’re trying to prevent, those hospitalizations and those deaths.’’

Put another way, Christ said, the overall number of people infected is not, in and of itself, significant — and not a reason to have state-imposed mandates.

“If it’s just cases and you’ve significantly reduced the hospitalizations and deaths, do we do that with other diseases?’’ she asked.

“We don’t’’ Christ continued. “Everything is a recommendation.’’

Beyond that, Christ said she and Gov. Doug Ducey made the decision that Arizona has to return to a point where people have make their own decisions about the risk the virus poses to their own health. She said that’s no different than any other disease, like the flu, where her department makes various recommendations but ultimately leaves it up to individuals to assess their own health risks.

“It’s really about that personal responsibility,’’ she said.

“We’ve recommended for years that everybody get a flu shot, wear a mask, to stay home when you are sick,’’ she said. “All of that works for influenza, just like it does for COVID.’’

But Christ pointed out that those flu recommendations never translated into mandates, even as the state sees a surge in hospitalizations every winter.

The decision to scrap mandates comes as the state remains far short of having 70% of its population vaccinated, the point at which Arizona would approach “herd immunity’’ so that a new outbreak would not spread rapidly.

As of Friday, the state reported only 1.2 million were fully inoculated, whether with the second dose of the Pfizer or the Moderna vaccines or the single-dose Johnson & Johnson vaccine. That is only about 22 percent of those 16 and older, the age at which the vaccine has been approved for use.

While there continues to be a demand — and people who say they’re still having problems getting appointments — that raises the question of whether the new order scrapping any mitigation mandates sends the message to some that inoculation is no longer necessary.

“I don’t know that would necessarily be based on us lifting the restrictions,’’ Christ said.

“There are a lot of people that don’t like getting shots, that are vaccine hesitant, especially about this specific vaccine,’’ she said, despite assurances that it is safe and effective. “But we know we are going to have demand decrease as we continue through the next few weeks.’’

That, Christ said, will take a shift in “messaging,’’ getting out into communities as opposed to simply having large inoculation sites.

“We will hit a point where it’s going to be more about convenience and having it be in the neighborhood or having it being administered at a doctor’s office while they’re doing something else,’’ she said.

A man robbed two banks in Casa Grande Friday afternoon, the First American Credit Union on Pinal Avenue and the Bank of America on Florence Boulevard. He escaped with an undisclosed amount of money.

Police officers respond to First American Credit Union on Pinal Avenue after a report of a bank robbery Friday afternoon in Casa Grande.

The man is described as a Hispanic male about 5-foot-10 to 6-foot tall, weighing around 200 or more pounds, said Casa Grande Police spokesman Thomas Anderson.

The man robbed the First American Credit Union in the 1000 block of North Pinal Avenue at 3:17 p.m. Surveillance video shows him wearing a blue surgical-type mask with a white shirt and a gray zip-up hoodie, Anderson said. The man threatened harm and left with an undisclosed amount of money.

A little less than an hour later, at 4:06 p.m., the man entered Bank of America on Florence Boulevard, threatened harm and demanded money, Anderson said. This time, surveillance video shows him wearing a blue shirt with a white shirt underneath it and a blue surgical mask. The man left with an undisclosed amount of money from this bank as well. 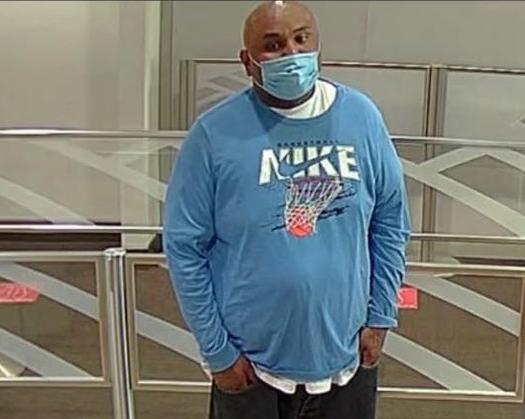 A man robbed two banks in Casa Grande Friday afternoon, the First American Credit Union on Pinal Avenue and the Bank of America on Florence Boulevard. He escaped with an undisclosed amount of money.

It is unknown what type of vehicle the man was driving or riding in and which direction he went when leaving the bank.

Anderson said the man is considered armed and dangerous. Other law enforcement agencies have been notified of the robberies and given the man’s description. The department had two teams of officers working the crime scenes.

Anderson said they’re still investigating, and he didn’t know what the man used to threaten the tellers. 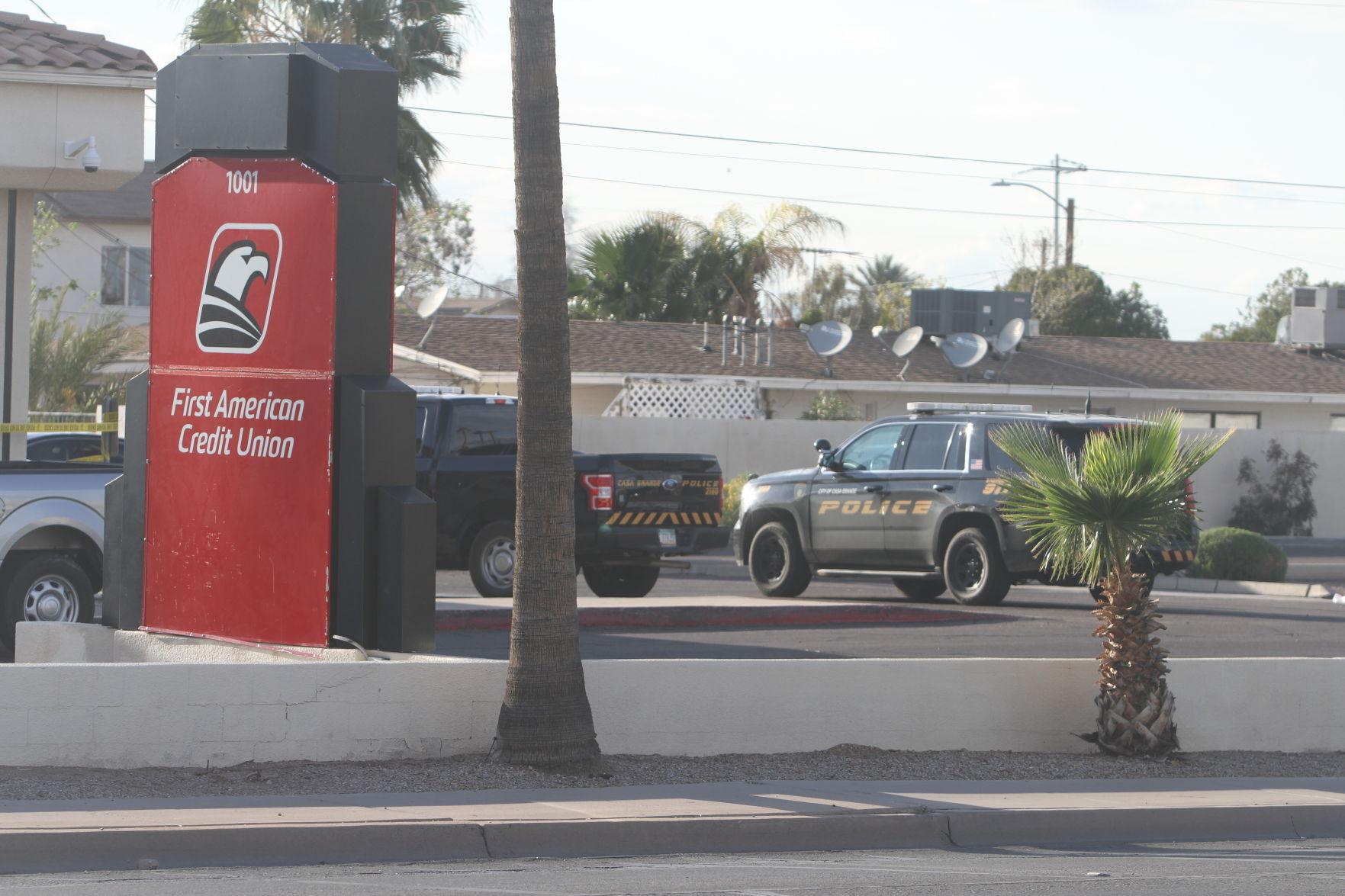 Police officers respond to First American Credit Union on Pinal Avenue after a report of a bank robbery Friday afternoon in Casa Grande. 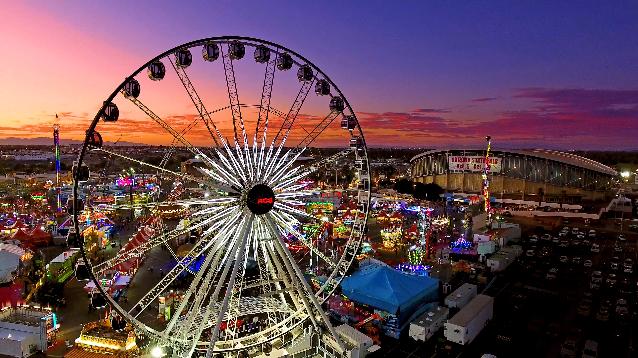