A view of where the Pinal County Technology Park fits into the Casa Grande industrial corridor.

A view of where the Pinal County Technology Park fits into the Casa Grande industrial corridor.

CASA GRANDE — The City Council approved an “enthusiastic” motion for a development agreement with Kohler Co. that will allow a manufacturing plant to employ hundreds of people.

City staff elaborated on plans for the Kohler plant during a special council meeting on Tuesday night. The project, formerly teased as “Project Buckshot” before negotiations could be made public, calls for a 1-million-square-foot plant on 200 acres in the city’s industrial corridor.

“We’ve had a fair amount of activity, both industrial and residential these last 18 months,” said City Manager Larry Rains. “This is just some of the fruits of that labor. Staff is extremely excited to bring this company to our community.”

Rains credited not only the city’s economic development staff but also Pinal County on cooperating to coordinate infrastructure improvements. The city will expand and improve roadways around the site as part of its 2022 Capital Improvement Program in conjunction with the county. The site is across the road from the Frito-Lay plant on the west side.

Rains also noted that the plant is the first major project that would be built at the site known as Pinal County Technology Park, a 1,000-acre tract roughly between Clayton Road and Maricopa-Casa Grande Highway. According to Rains, there are several other potential companies looking at the tech park for future industrial projects.

Work on the property site, including annexation into the city and rezoning, had initially been planned for Nacero LLC, a Texas-based gasoline company, but that project fell through last year.

Kirk McCarville, an associate broker with Land Advisors Organization and a former vice mayor on the City Council, spoke briefly on the work the organization had done to facilitate the site selection. McCarville said that Nacero’s withdrawal was “heartbreaking” but also spoke glowingly of the city’s staff, who he said was developing a “big and good reputation” for bringing more companies to the table. 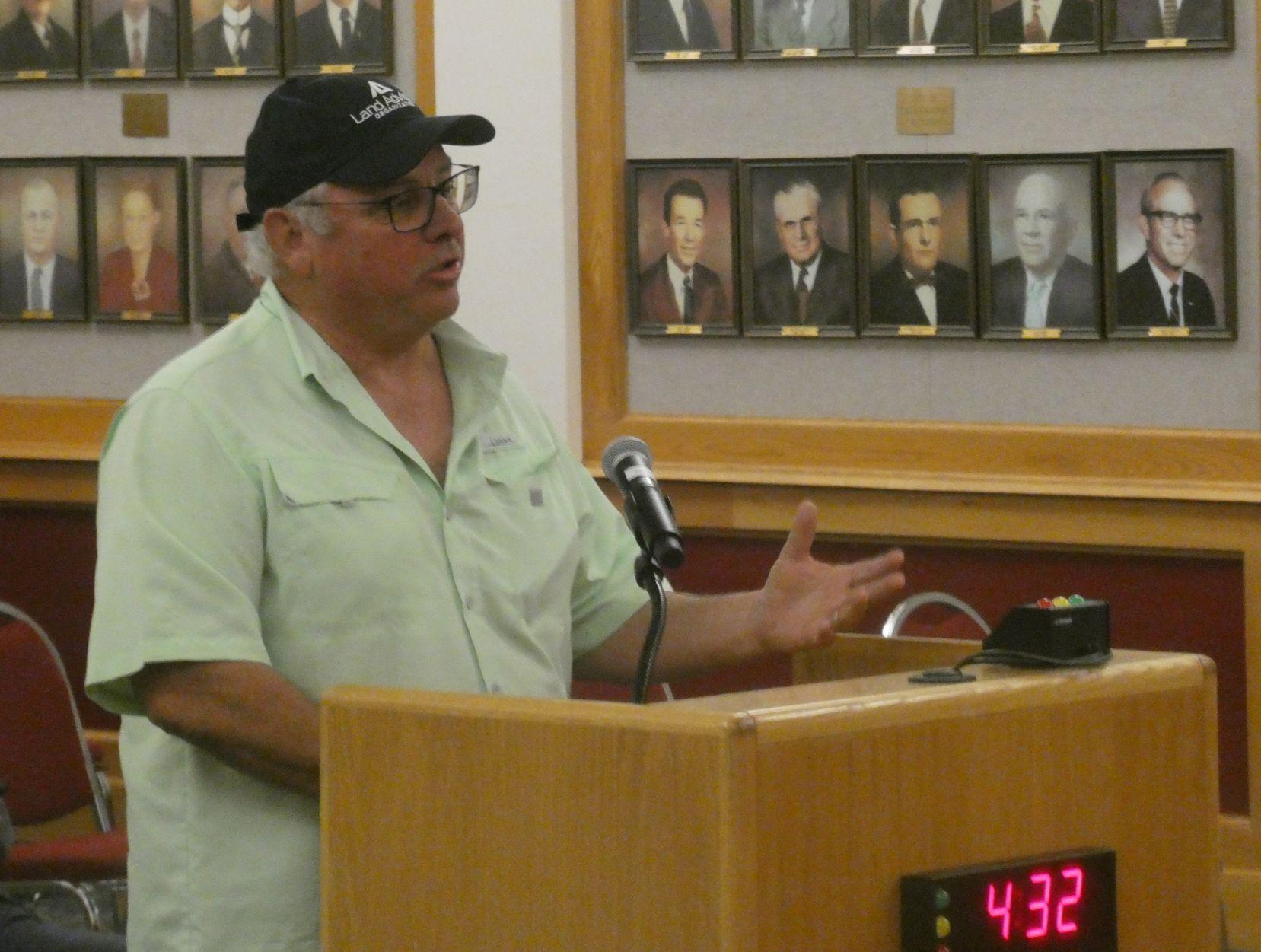 Kirk McCarville, an associate broker with the Land Advisors Organization, describes the development process of the Pinal Tech Park, praising Casa Grande’s staff for helping to facilitate an agreement with Kohler Co. on a new manufacturing plant.

Kohler, which makes bath and kitchen products such as sinks and cabinetry, is based in Kohler, Wisconsin. According to the staff notes, the manufacturing plant will take 18 months to construct and will create around 425 jobs over a five-year time frame. It is also expected to generate over $13 million in tax revenue and generate a $1.1 billion economic output for the region.

Kohler may help develop internship training programs with local schools once the plant is running, and the city is planning to connect Kohler with the Arizona@Work agency to help in the future hiring process.

“Kohler has been good to work with,” said Mayor Craig McFarland. “They will be a really good corporate citizen here in Casa Grande, and they are a quality company. I personally am ecstatic to have them here in town.”

CASA GRANDE — Over the past few months, city officials have mentioned negotiations with large companies about potential projects coming to the…

Students pay tribute to veterans during a ceremony Wednesday at the flag pole of Palo Verde Elementary School.

Cartwright, of Casa Grande, joined the Navy in 1943 and fought in World War II, stationed on a ship in the Atlantic Ocean.

In the audience with him were several family members, including his grandson (and Bailey’s uncle), Michael Amado, who currently serves in the Air Force. 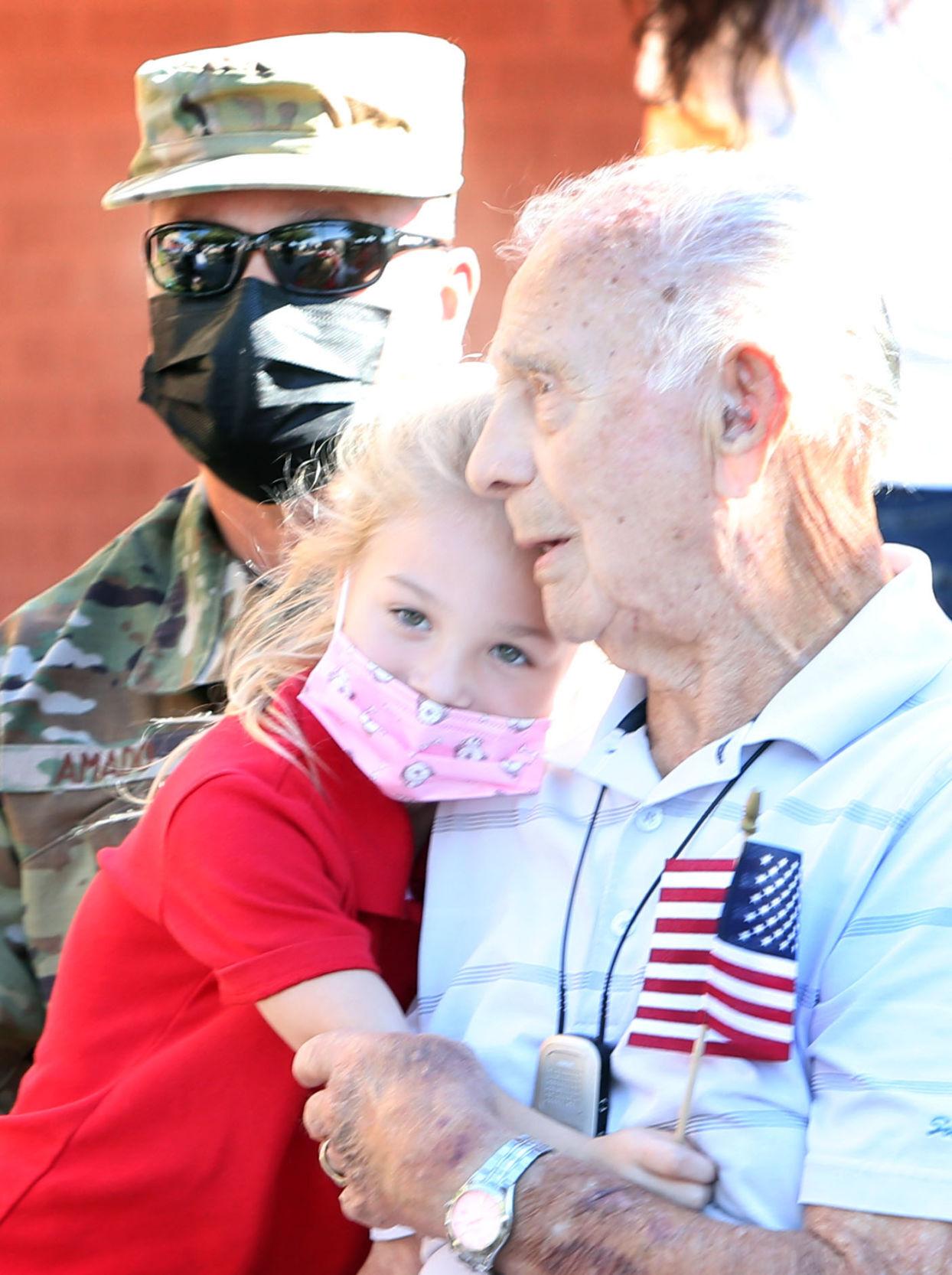 Bailey Amado hugs her great-grandfather Ray Cartwright after students pay tribute to veterans during a ceremony Wednesday at the flag pole of Palo Verde Elementary School. Cartwright served in the Navy and his grandson Michael Amado, back, is currently in the Air Force.

Veterans in the audience served in Korea, Vietnam, Iraq and Afghanistan as well as at bases and posts throughout the world. Three teachers at the school were among the veterans in attendance.

Students sang in groups with those in fourth and fifth grade singing first followed by the second and third grade classes, then the first grade and kindergarten classes.

The veterans appreciation concert was led by school music teacher Vicki Sutera, who was recently named the Arizona Teacher of the Year by the Veterans of Foreign Wars.

At the end of the program, students in first grade and kindergarten sang “Happy Birthday” in honor of the 246th birthday of the U.S. Marine Corps, celebrated on Nov. 10.

ELOY — Decorated with American flags and other patriotic symbols, golf carts will roll through Robson Ranch to honor veterans on Thursday.

Actors with BlackBox Foundation rehearse a scene from “Alice in Wonderland.”

CASA GRANDE — With two shows debuting this weekend and next, the doors are open once again at the BlackBox Foundation’s Woman’s Club theater.

The theater doors were closed due to the COVID-19 pandemic in March of 2020.

BlackBox Foundation partnered with Central Arizona College in October to present the play “Jekyll and Hyde” in the Pence Center on the CAC Signal Peak Campus, but this weekend’s show signals a return of events at the organization’s home base.

An adult cast of local actors star in the BlackBox production of “Picnic” next weekend, Nov. 19-21, at the Woman’s Club.

“The exciting thing about ‘Picnic’ is that this was the show that was scheduled when COVID shut the theater down,” McQueen said. “It was very disappointing for the actors who had worked months rehearsing for the show.” 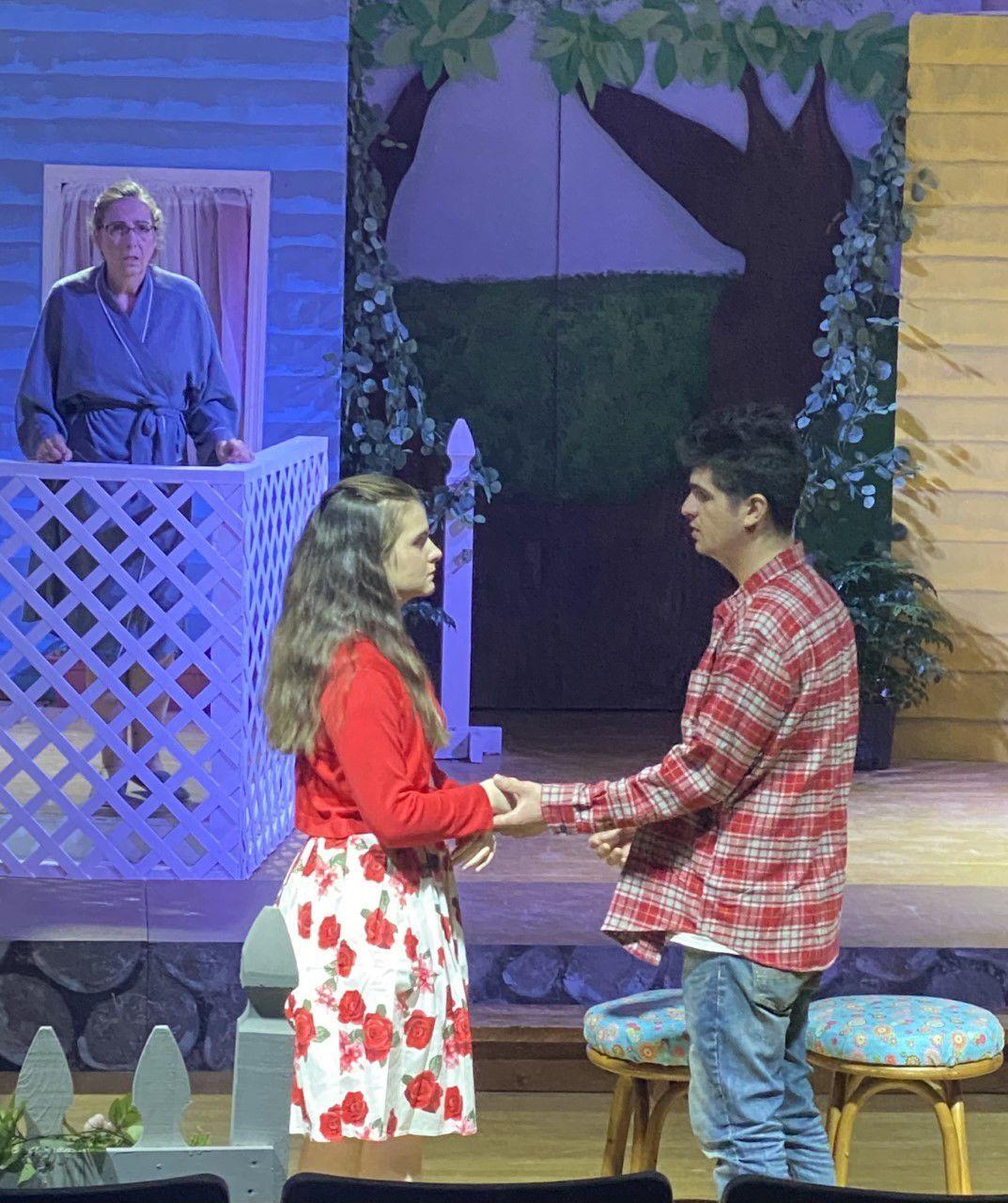 “Only three of the actors were in the original, pre-COVID production,” McQueen said.

McQueen is the director of “Picnic,” which opens on a warm Labor Day morning in Kansas as several women in the community are preparing for their annual picnic.

“This seemingly placid feminine environment is disrupted when Hal Carter, a muscular and charming young drifter who happens to be a former fraternity brother of Alan’s, hops off the freight train and goes straight into Mrs. Potts’ hospitable home. Hearts are broken and lives are changed in the following 24 hours as Hal’s lively, dangerous, masculine energy wakes up the sleepy community,” a description of the show said.

“It’s a classic,” McQueen said. “It’s a drama but there are funny parts too.” 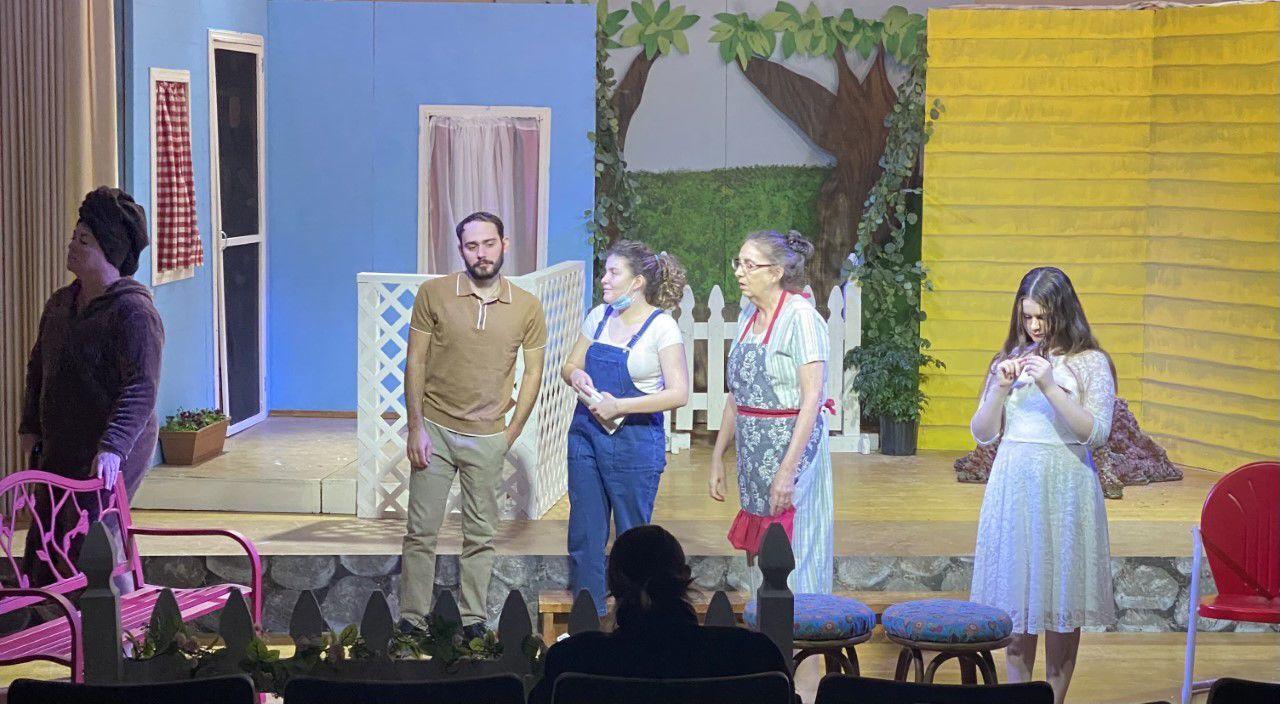 Tickets are $15 and may be purchased on the organization’s website or at the door.

Children will also take the stage this weekend with the BlackBox production of “Alice in Wonderland.”

Based on the Lewis Carroll book, the play takes audiences inside Wonderland and features an unexpected twist ending.

“When Alice tumbles down a rabbit hole, she is immersed into a fantastical wacky land,” a description of the show said.

All the actors involved are excited for their roles, McQueen said.

“For the first time ever, we had more children and teens try out for the show than we had roles available,” McQueen said. “Many of the actors are new to BlackBox. And the director is amazing.”

The show is directed by Emily Rakoci. 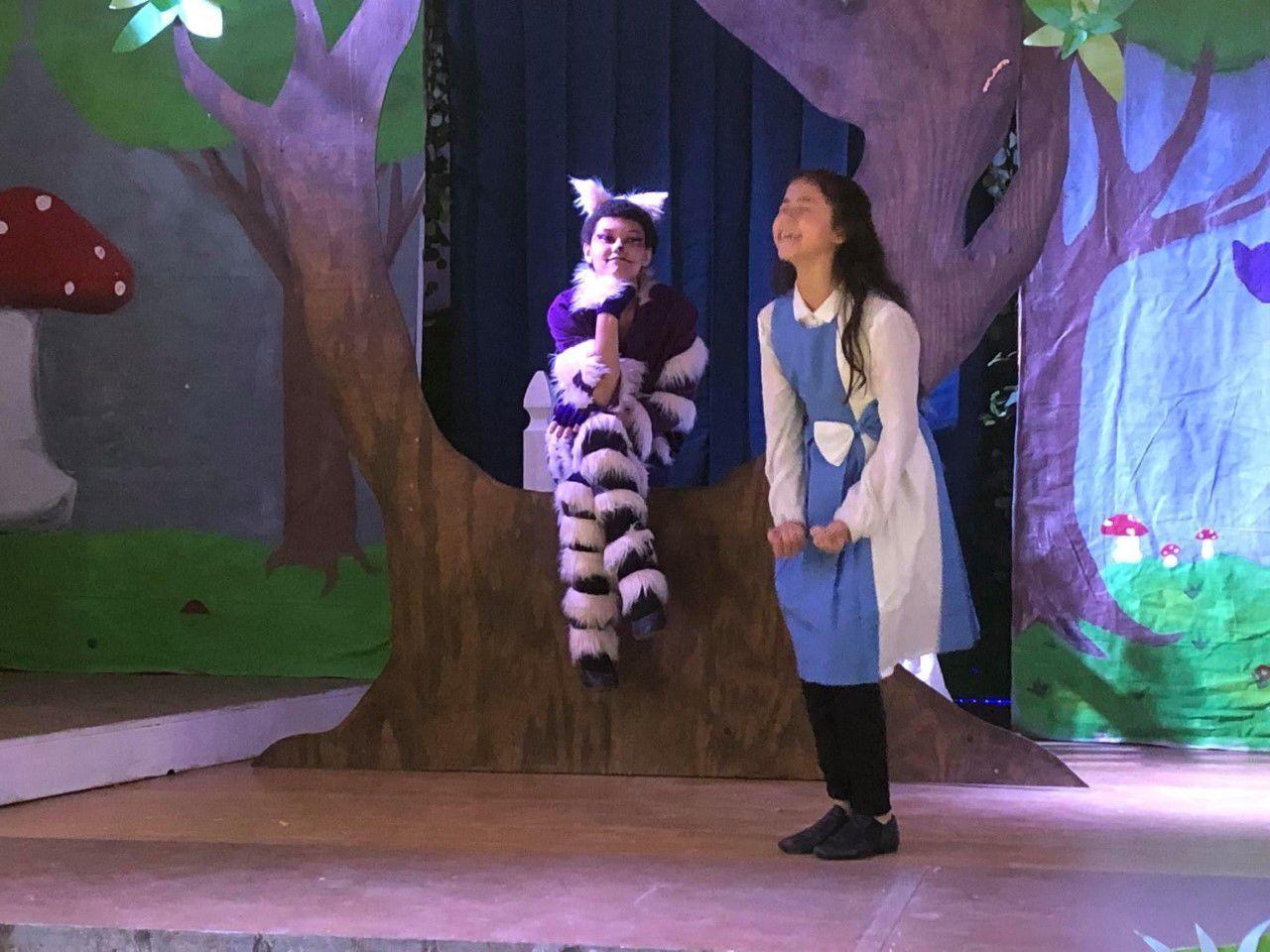 Actors with BlackBox Foundation rehearse a scene from "Alice in Wonderland."

There are two chances to catch the show: 2 p.m. this Saturday and Sunday.