PHOENIX — Arizonans will get a chance to decide if they want to hike taxes on the state’s most wealthy to help fund K-12 education.

In a brief order, the justices concluded that the 100-word description on petitions for the Invest in Education measure “did not create a significant danger of confusion or unfairness.” The unanimous decision reverses the decision by Maricopa County Superior Court Judge Christopher Courty who concluded that backers of the measure “circulated an opaque Trojan horse of a 100-word description, concealing principal provisions of the initiative.”

The high court also found that various methods of providing bonuses and incentives to paid petition circulators did not run afoul of state laws which prohibit paying people on a per-signature basis.

Backers said they submitted more than 435,000 signatures. A preliminary screening by the secretary of state reduced that to 377,456; individual counties are still checking random samples to ensure that at least 237,645 of these are valid.

Wednesday’s ruling is most immediately a setback for the Arizona Chamber of Commerce and Industry which financed the successful legal bid to keep a nearly identical measure from going to voters two years ago. That means the business group and its allies now will be forced to make their arguments to voters that a tax hike — even one that affects only the top 4% of wage earners — is bad public policy.

But proponents contend that the current tax structure, including income, sales and property taxes, actually benefits the richest Arizonans, saying they pay proportionately less of their income to support government and public education than those at the bottom.

And anyone whose income did not reach the threshold would be unaffected.

Proponents say that could raise $940 million a year; legislative budget staffers put the anticipated take at $827 million for the first year.

Of whatever is collected, 50% is earmarked for hiring and raises for teachers and classroom support personnel, with 25% for other support personnel and 10% for program to attract and retain new teachers.

Another 12% is for career and workforce training programs, with the balance set aside for the Arizona Teachers Academy which provides free college tuition to those who agree to go into teaching.

Jaime Molera who chairs the chamber-financed opposition group, called Wednesday’s ruling a “disappointment,” saying he still believes that proponents “deceived voters with a flawed and misleading 100-word petition summary.” But he said the ultimate appeal will be in the “court of public opinion.”

Molera is focusing on the fact that, for top wage earners, the tax rate would go from 4.5% to 8%, a 77.7% increase. And he argued that will create a “damaging” increase to small businesses.

That is based on the argument that some businesses are set up not as regular corporations but in other forms, where the company pays no income tax and the earnings pass through to the owners who report it on their personal tax forms.

But David Lujan, who helped craft the initiative, said that is leaving out one crucial component.

He said owners do not pay taxes on the gross proceeds of their businesses but only on the net profits, after paying employees, rent and other operating costs. And Lujan, director of the Arizona Center for Economic Progress, said those earnings more than $250,000 a year as individuals or $500,000 as couples should contribute more to funding K-12 education, regardless of the source of their income.

Amber Gould, who chairs the Invest in Education campaign, called Wednesday’s ruling “an important victory because it gives millions of Arizona voters the opportunity to put more resources into our schools.” And she said that focusing the burden on the most wealthy ensures that it will not impact working and middle-class families who have been impacted by the COVID-19 pandemic.

One core issue of the campaign will be whether the state is providing enough money to properly finance the K-12 system.

Molera, for his part, said the state was able to implement a 20% pay hike over four years for public school teachers, all without having to increase the tax burden.

That still leaves the question of whether the state is keeping pace.

Legislative budget staffers say the state is now providing $5,762 per student, compared with $4,163 in 2001. But the same analysis shows that, after adjustments for inflation, state aid now is actually 4.5% less than what it was in 2001.

Gov. Doug Ducey already has staked out a position against the tax hike on he most wealthy.

“That’s a whopping amount, especially considering that our economy is recovering from recession and high unemployment,” he wrote in a statement against the measure.

The justices still need to decide the fate of whether three other measures will be on the ballot:

Trial judges rejected challenges to the first two but ruled the third could not appear on the ballot. But all of those decisions are being appealed.

Separately, a judge found there were insufficient valid signatures on the petitions for the changes in sentencing laws. But that, too, is subject to appeal.

Decisions need to come soon. Election officials say they need to send General Election ballots to the printer by the end of the week.

PICACHO — Nestled in the shadow of Picacho Peak, an area recreational vehicle and manufactured home park is poised to nearly double in size with the addition of new upscale residences, larger sites and more amenities.

With his plan to expand the park, Wirth expects to attract hundreds more visitors who will spread their money throughout the area, he said.

“The demand for RV spaces and affordable housing in the area is skyrocketing,” he said. “At Picacho Peak RV Resort, we’re busting at the seams.”

Since 2013, the front part of the park property has had a zoning classification of Manufactured Home Park Planned Area Development.

On Aug. 5, the Pinal County Board of Supervisors approved reclassification of about 90 unused acres at the back of the park to match the zoning of the front of the park, allowing the expansion to move forward, said Adam Baugh, an attorney with Withey Morris of Phoenix who is working on the zoning and legal matters related to the expansion.

The zone change requests were approved by county planning officials in July.

Picacho Peak RV Resort currently has 306 lots. With the expansion, another 252 spaces will be added, including premium, larger lots with high-end manufactured homes.

“These are not your grandma’s motor homes,” Baugh said. “These are high-end units with gables and shutters.”

Rezoning the back portion of the property was the first step in moving the project forward, Baugh said. With that complete, having the site plan approved by the county is next. Work on the expansion will begin soon after it is approved, he said.

The project has had some challenges. A park neighbor spoke out against the expansion to county officials and some county supervisors expressed concern over the availability of water.

“We were able to overcome the concerns people had about the water,” Baugh said. “And the availability of water is an important question. No matter where we build in Arizona, water is always a concern.”

The park has a sufficient 100-year water supply provided by Picacho Peak Water Company, although one of the water provider’s wells needs updates, Baugh said.

“The water company has two wells and the second well is currently inoperable,” Baugh said. “It has a crooked and failed line.”

A new 8-foot replacement well will soon be drilled near the existing well to provide adequate water for the project, according to Baugh.

Picacho Peak RV Resort was built in the 1980s. It was purchased by Wirth and expanded about 20 years ago.

Since then, he has invested in the park, adding amenities including pickleball courts, a dance hall and other features that encourage visitors to stay long-term.

The majority of those staying at the park are from out of state.

“For the people who visit this park, the experience is important. They form bonds and create memories,” Baugh said. “But it’s affordable.”

Work to expand and improve the park is expected to begin next year. As well as accommodating more homes, the project will include adding more amenities and landscaping.

Baugh said the expansion will improve what he calls the “Picacho tourism corridor.”

“When you drive down that stretch of highway, you have the ostrich farm, the state park and all those pecan trees,” he said. “It’s an important stretch of highway. The RV park is a place for seasonal and long-term guests to stay and really enjoy the area.”

The impact of additional visitors to the park will be felt throughout the area, Wirth said.

“These are active seniors who spend a lot of money in the community,” Wirth said. “They go out to dinner and purchase a lot of things from the area stores. They come here to chase the sunshine, relax and enjoy Arizona.” 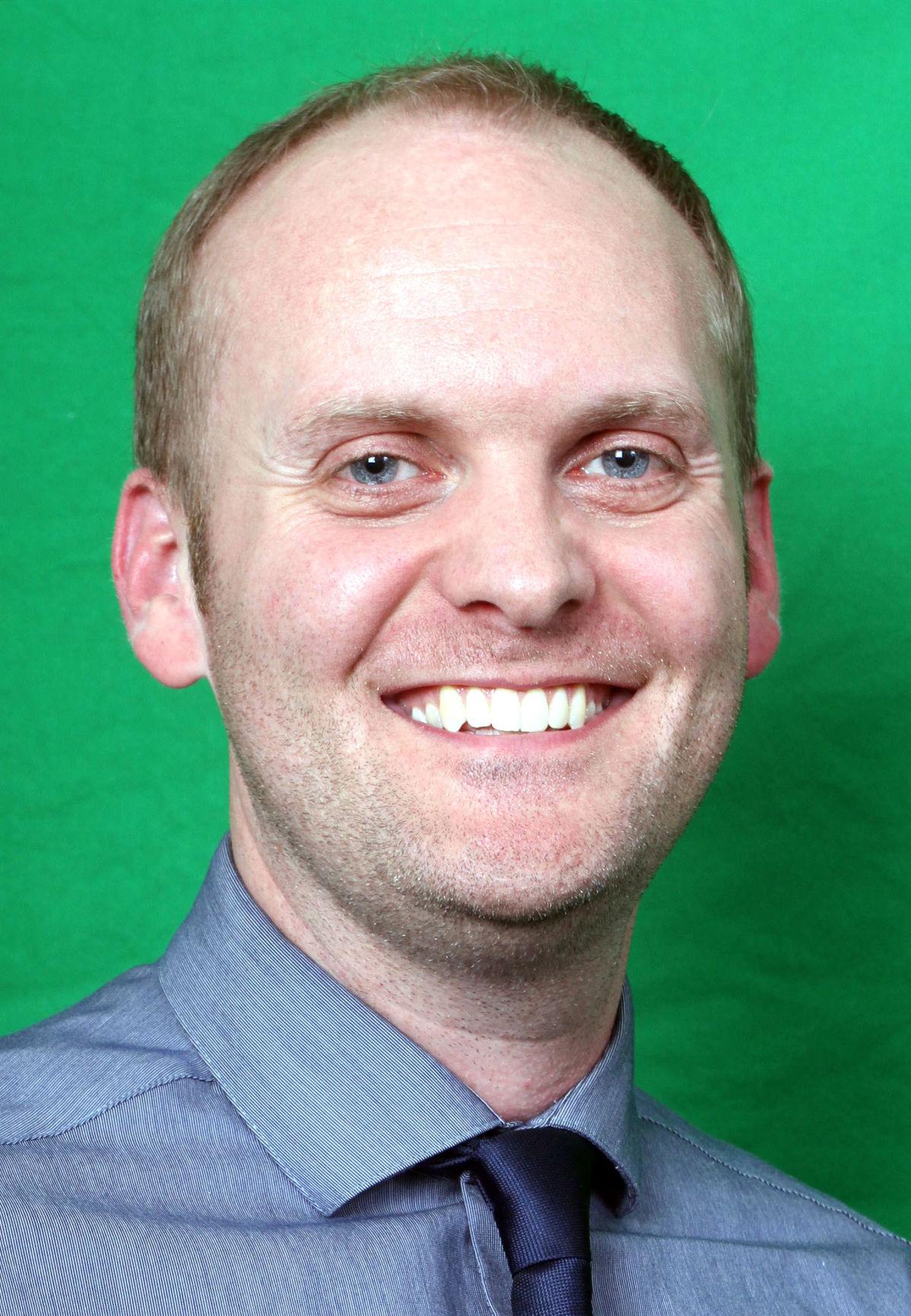