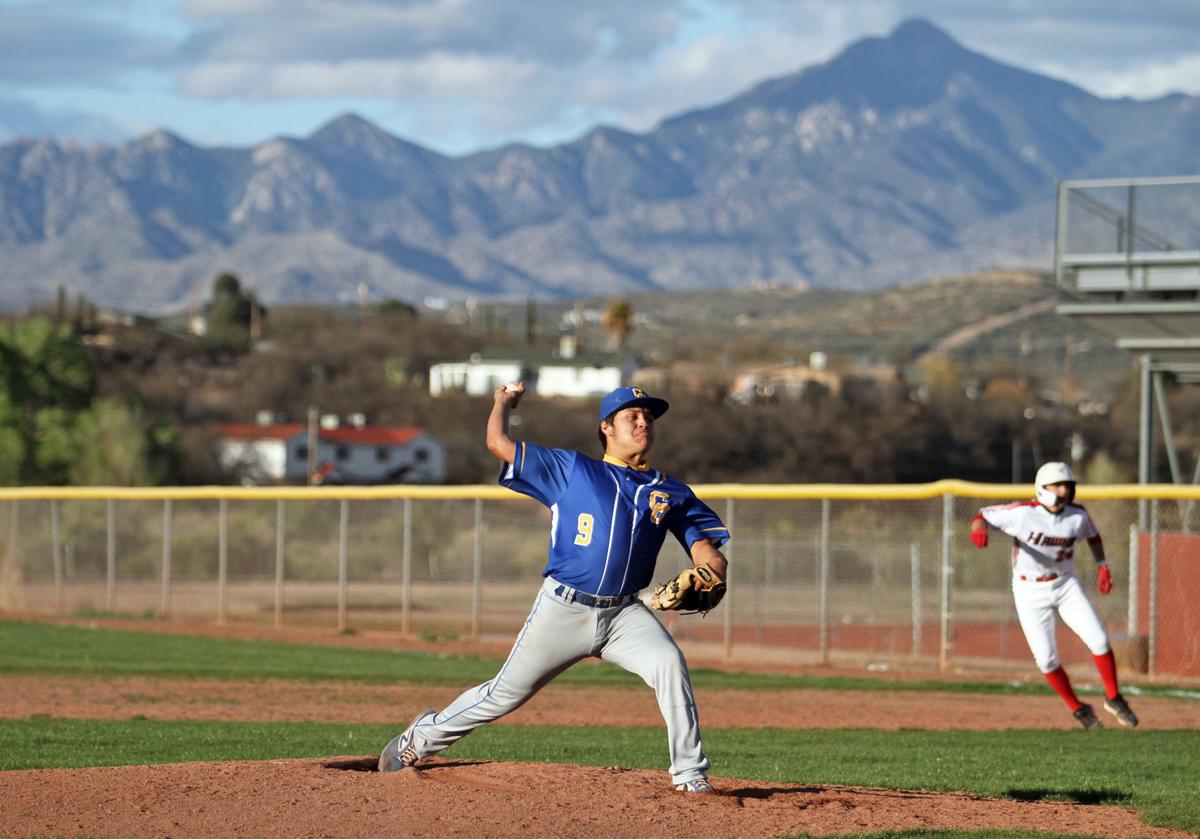 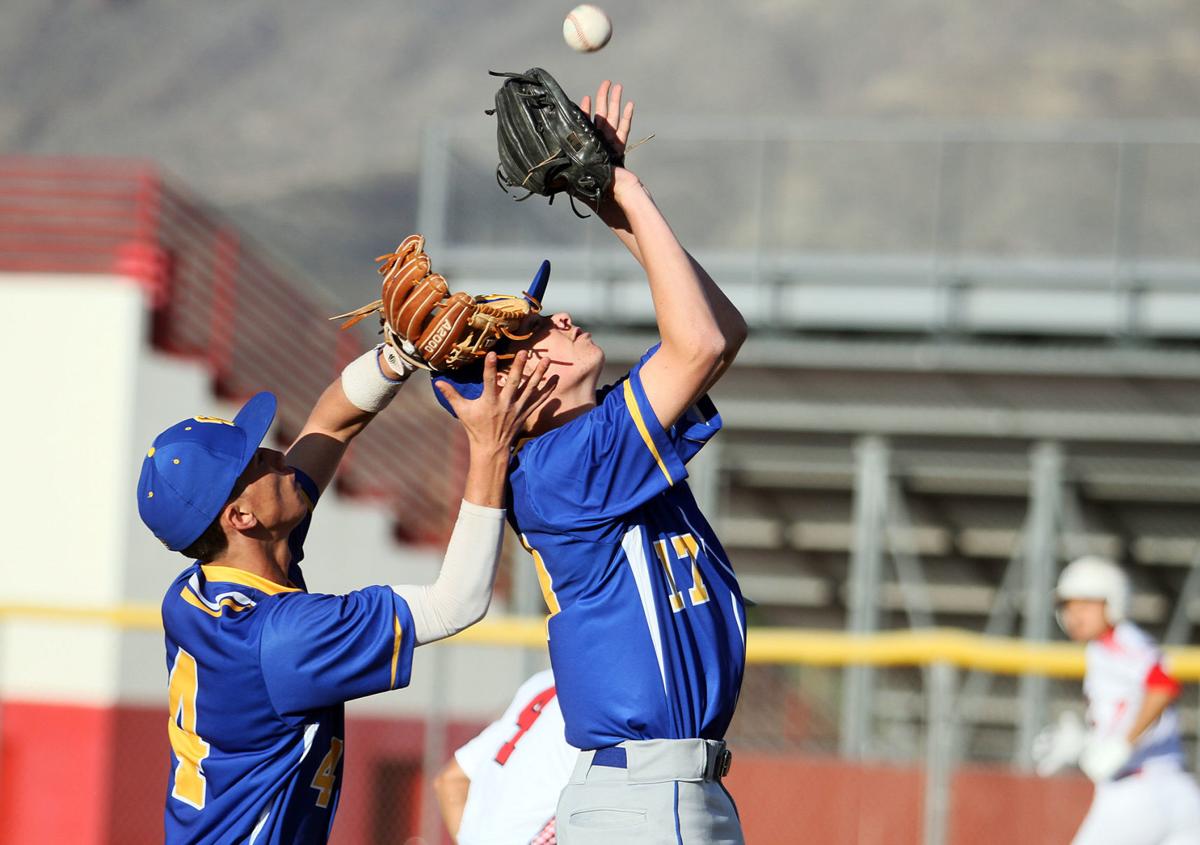 Casa Grande Union pitcher Jacob Marshall settles under a popup, with backup from third baseman Aaron Blunt during a 4-2 win over Rio Rico on March 13 in Rio Rico.

Casa Grande Union pitcher Jacob Marshall settles under a popup, with backup from third baseman Aaron Blunt during a 4-2 win over Rio Rico on March 13 in Rio Rico.

The Arizona Interscholastic Association needs to cancel the rest of its spring sports season, and it shouldn’t wait any longer.

It brings me no joy to write those words. Sports are a huge part of my life. I report and write about sports for a living. I’m a diehard sports fan in my free time.

And that’s just me looking at things selfishly.

I feel for the high school athletes who work incredibly hard to play the sports they love with teammates they cherish. It’s especially tough thinking about what that means for high school seniors who play spring sports because they will never play high school sports again.

But the writing is on the wall. At this point, the AIA is holding onto foolish hope. Look at everything that has already been canceled due to the COVID-19 pandemic.

NCAA March Madness? Gone. All NCAA spring sports canceled. The NJCAA canceled its men’s and women’s basketball national tournaments and all spring sports. MLB spring training, including our beloved Cactus League, was canceled in its entirety.

The NBA, NHL and MLB have postponed their seasons indefinitely.

These decisions were not made lightly. They are resulting in billions of dollars lost in economic impact to cities, counties and states across the United States.

The decisions to cancel and postpone were made in the best interests of public health and safety.

On Monday, the AIA announced the suspension all games and events through March 28. The earliest it would resume games is March 30.

Late Friday afternoon, it made another announcement that all games were suspended until at least April 10 due to an order from Gov. Doug Ducey that all Arizona schools would be closed until that date.

We’ve seen what is happening across the country with this deadly virus. The number of confirmed cases is skyrocketing every single day, and more people are dying.

Those numbers are going to continue to go up for some time. This isn’t to scare people. These are simply facts.

This is not going to be a two- or three-week fight. It will be a matter of months.

The best way to fight this is to practice social distancing. The health and safety of athletes, coaches, parents, grandparents and everyone else is the No. 1 priority.

Some of the most notable figures in the world of sports have contracted the coronavirus, including Brooklyn Nets star Kevin Durant and New Orleans Saints coach Sean Payton. They have made pleas to the public to take the virus outbreak seriously.

On Tuesday, Durant told Shams Charania of The Athletic that he had tested positive for COVID-19. Through Charania, Durant gave this statement: “Everyone be careful, take care of yourself and quarantine. We’re going to get through this.”

Payton told ESPN the reason he came forward publicly was to urge people to heed the orders of scientists and government officials.

“This is not just about social distancing,” he said. “It’s shutting down here for a week to two weeks. If people understand the curve, and understand the bump, we can easily work together as a country to reduce it. Take a minute to understand what the experts are saying. It’s not complicated to do what they’re asking of us. Just that type of small investment by every one of us will have a dramatic impact.”

Central Arizona College pitcher Mat Olsen, a Florence High School alum, told PinalCentral that while he was very disappointed to see the baseball season canceled, he understood the decision.

“They probably made the decision that was best for our health,” he said. “You have to look past baseball to see what’s best for everyone.”

If the AIA does eventually resume games, we at PinalCentral will continue to do our jobs and bring you the local sports coverage you expect. We may have to make adjustments to do our jobs more safely, but we will report the news.

But the AIA shouldn’t be putting anyone’s health at risk. It needs to do the right thing and cancel the rest of the season immediately.

Now is not the time to panic. We will get through this crisis, but we’re only going to get through it together. We have to be diligent about quarantining and social distancing.

Eventually we will return to normal life, and there will be sports. For now, let’s pull together and beat COVID-19 together.