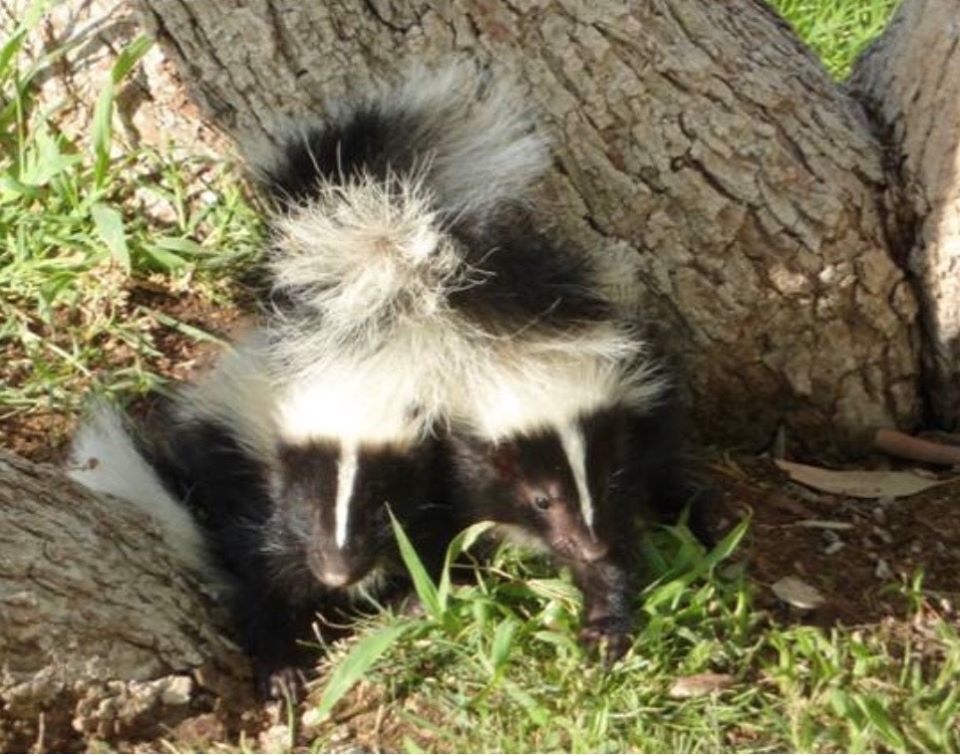 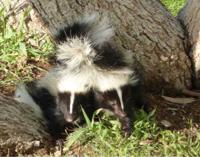 These skunks were found nesting on Central Arizona College’s Signal Peak Campus recently. With no students, faculty or cars on campuses, animals are turning up in unusual places on school grounds. 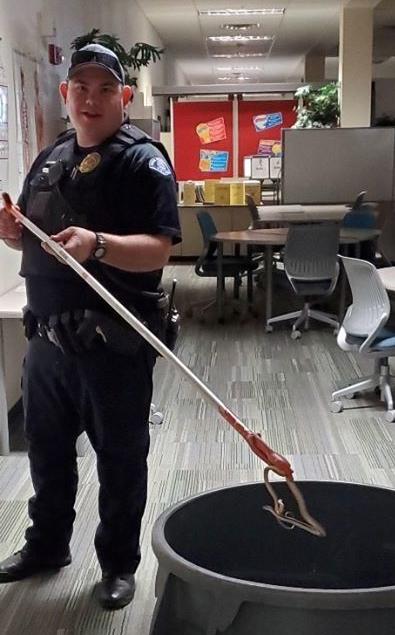 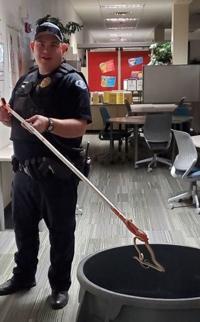 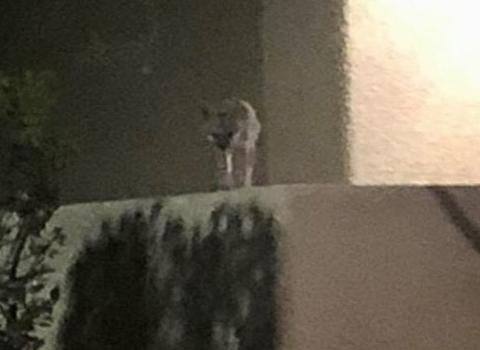 This fox was spotted recently on CAC's Apache Junction campus. 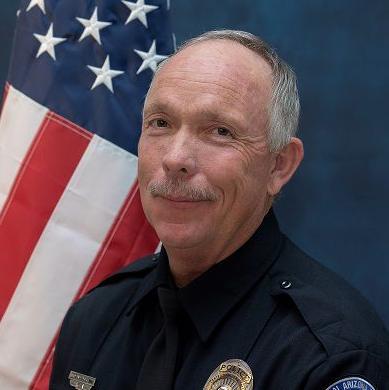 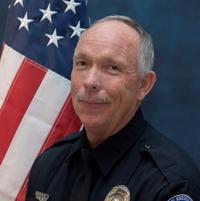 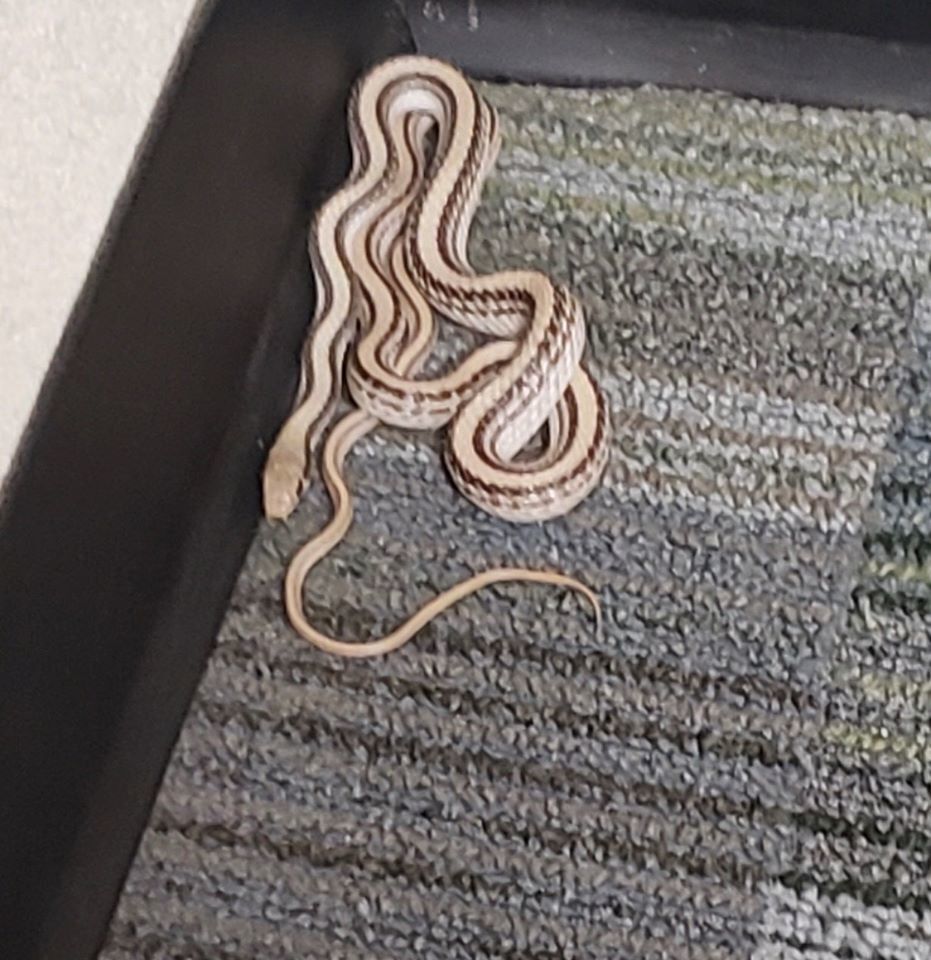 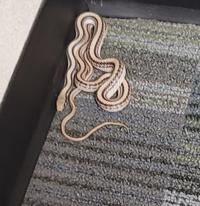 This snake was found recently in a CAC dorm. It was removed and relocated. 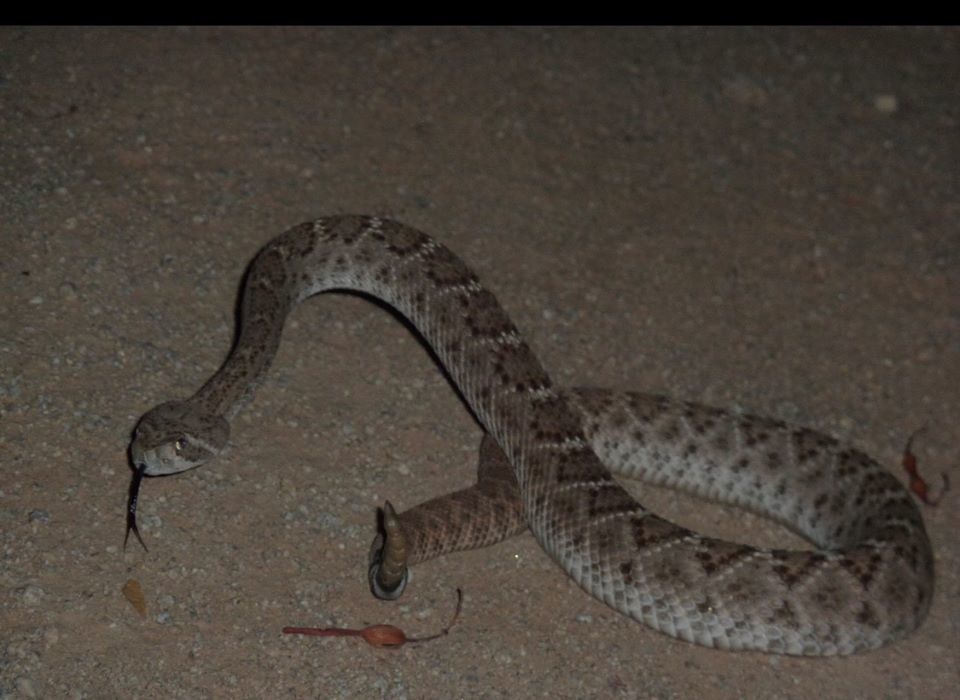 A snake was found recently on a CAC campus.

These skunks were found nesting on Central Arizona College’s Signal Peak Campus recently. With no students, faculty or cars on campuses, animals are turning up in unusual places on school grounds.

This fox was spotted recently on CAC's Apache Junction campus.

This snake was found recently in a CAC dorm. It was removed and relocated.

A snake was found recently on a CAC campus.

Sgt. Garry Arnold of the Central Arizona College campus police department said that over the past two months, sightings of wildlife have increased at all CAC campuses.

“It’s a different environment now that the students and the faculty aren’t on campus. There are no classes. It’s quiet, and I think the wildlife likes that,” he said.

A fox was photographed recently on the Apache Junction Superstition Mountain Campus and a long non-venomous snake was recently removed from a dorm on the Signal Peak Campus.

Sightings of rattlesnakes, mice, rabbits, skunks and other small animals have also been reported.

“We’re seeing a lot of hawks on the Signal Peak Campus,” Arnold said. “That’s unusual. We don’t normally see so many hawks.”

CAC’s main campus is adjacent to Signal Peak, popular with area hikers for its scenic vistas and abundant wildlife, including rabbits, mice, birds and snakes, which do sometimes find their way onto school grounds, even when students are present.

But Arnold said that the quiet atmosphere on the campuses lately has brought many of the animals out of hiding. And some are being found in unusual places.

“One snake made it to the top floor of the towers (the dorm facility) on the Signal Peak Campus. That was unusual,” Arnold said. “With no traffic in the parking lot, we see a lot of small animals there now too.”

In many cases, staff at the school leave the animals alone.

“But if it’s in a building or if it’s something like a venomous snake, we gently relocate it out of the area,” Arnold said.

CAC’s campuses have been closed to the public, non-essential staff and students since mid-March. Only essential staff, including school police and maintenance employees, are allowed on campus.

“Our focus is keeping the campuses secure,” Arnold said. “Maintenance is working on sanitizing and cleaning the classrooms and dorms. We’re doing a lot of training so we’re still busy.”

While summer session classes are being held virtually or online and staff continue to work remotely from home, spokeswoman Angela Askey said the college is eager to reopen once the risk of COVID-19 transmission is reduced.

In the meantime, essential school personnel will continue to appreciate the wildlife on the quiet campuses, Arnold said.

Some staffers have taken photos and shared them online on the school’s Facebook page.

“Seeing the wildlife on the campuses is something we never expected,” Arnold said. “But it’s been fun.”

Once students return to campus, he said the wildlife will be gone.

“We’re not letting snakes or wildlife take up residence in the dorms or other buildings,” Arnold said. “When students return, they’ll find clean and sanitized buildings.”