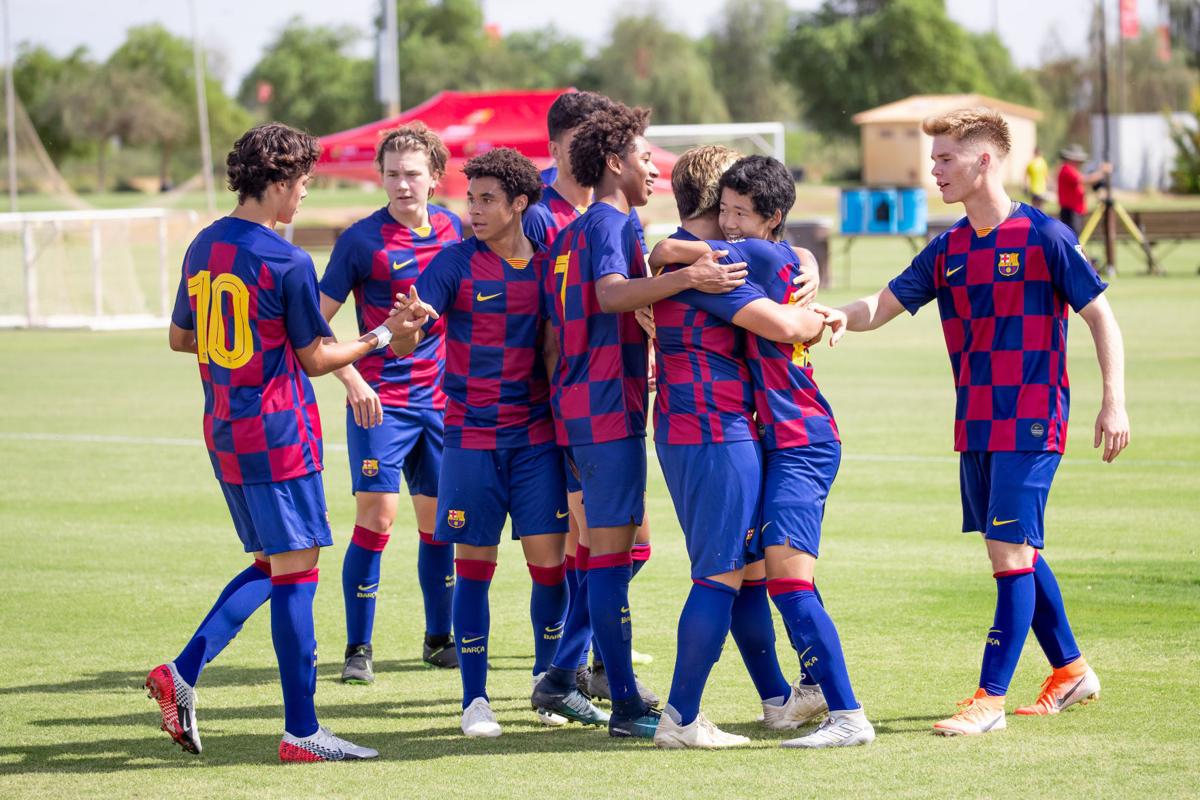 Barca Academy’s U-19 team celebrates a win from this past season. 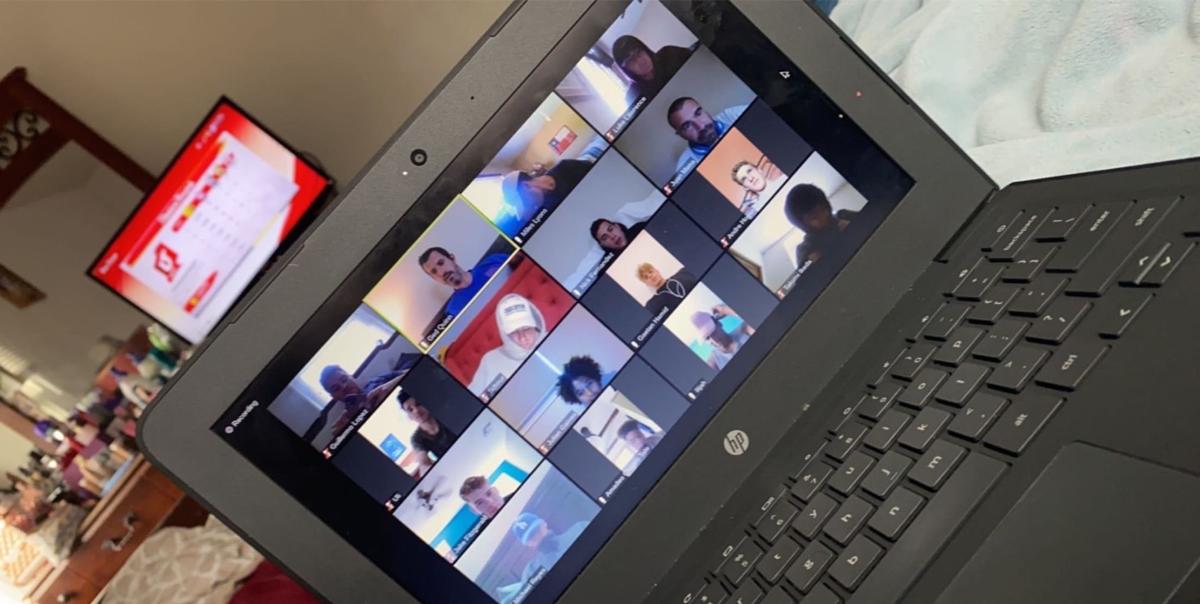 Barca Academy players take part in a Zoom video conference designed to keep them connected while they are all stuck at home. 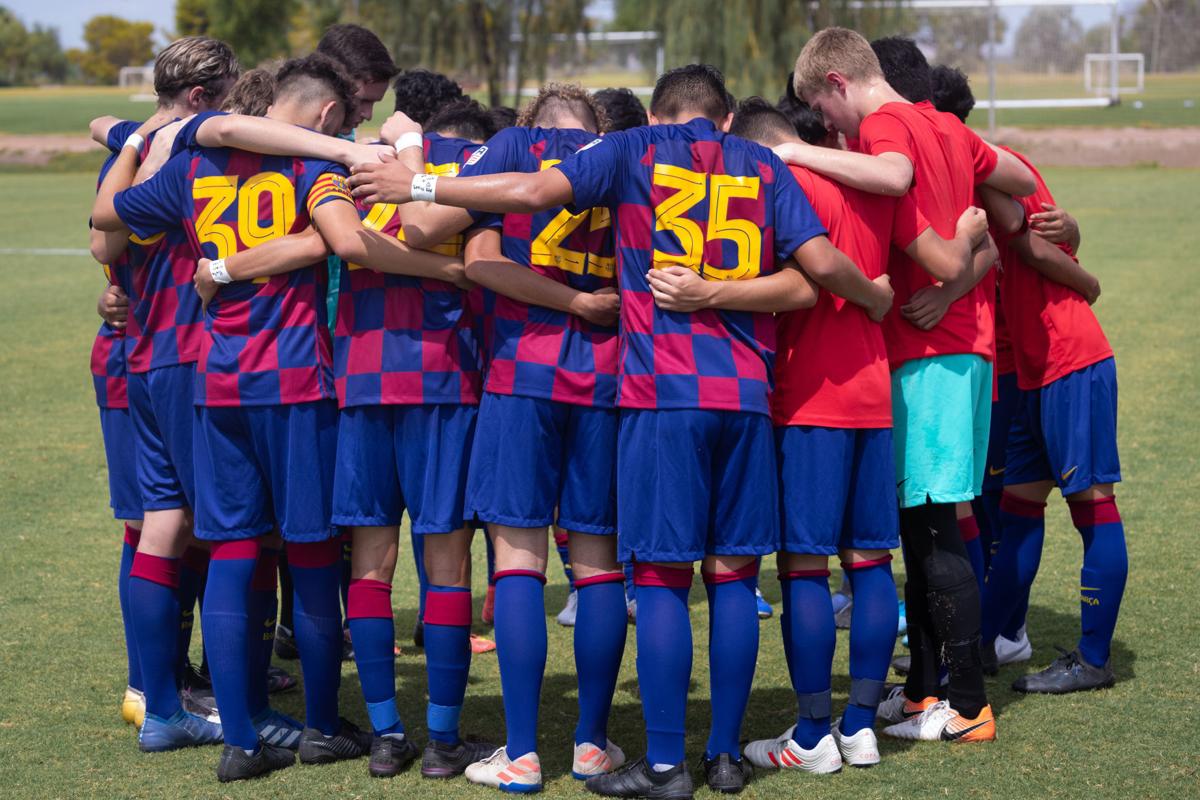 Barca Academy's U-19 team huddles before a game from this past season.

Barca Academy’s U-19 team celebrates a win from this past season.

Barca Academy players take part in a Zoom video conference designed to keep them connected while they are all stuck at home.

Barca Academy's U-19 team huddles before a game from this past season.

CASA GRANDE -- Teenagers all over the world have been forced to stay home and put their lives on hold as everybody does what they can to stop the spread of COVID-19.

But while most may bemoan the loss of prom or a graduation ceremony, a group in Casa Grande can’t stop to think about any of that, because their futures rely on them always working.

They belong to the Barca Residential Academy, an organization operated by Spain’s FC Barcelona that trains high school-aged kids to become better soccer players in order to sign with a professional team or get a spot at a college.

While their education through ASU Prep continues, their competitive days were cut short about three quarters of the way through their season. They’ve also lost the summer showcases that are important for increasing exposure, but they haven’t let that stop them from training.

Three players, for one reason or another, have not been able to return home during the shutdown. They remain at Grande Sports World in Casa Grande, where they continue to take advantage of the massive soccer infrastructure that exists there, while following current safety guidelines. A couple of coaches also remain on campus.

However, the rest are back at home across the country. There, they participate in Zoom video conference calls to stay connected with coaches and teammates, while submitting their workouts to the team via video.

This can create an odd dynamic for a residency academy, as these players have thought at a young age that they had said goodbye to living with their families long-term as they pursue their soccer dreams, only to return home unexpectedly for more than a month.

Academy director Ged Quinn said the more mature mindset that led them to make that decision also makes it easier to remain focused on improving even while at home.

“The guys have really embraced the challenge,” he said. “The guys in our program are forced to grow very quickly, because they’re away from their families, and they’re away from that support base. So I think our guys are well equipped to deal with this, more so than other kids their age around the country.”

Through a strength and conditioning coach, the academy has put together individual workout plans that players must follow. Quinn said that mostly revolves around three sessions a day for each player, in addition to more skill-based workouts. The latter can be more difficult to track.

One of the perks of joining an organization like Barca Academy is the quality of equipment at a player’s disposal on a daily basis. Top academies pour a lot of money into providing the latest and greatest training material for their players, to make sure they have what it takes to get the kids to the level they need to reach to make it at the professional or collegiate level.

Naturally, the players do not have the resources to buy that equipment for their homes, so they have to make do with what they have.

Quinn said many of the players are coming up with creative solutions to these problems, like using a brother or sister instead of a mannequin to replicate a defender, or laying down whatever they could find around the house to take the place of cones during their dribbling drills.

It’s that idea of fun that coaches are trying to keep alive to help the players get through what could be a rough time of isolation. To that end, they have been posting videos to their social media accounts of passing the ball offscreen only to have it travel into the video of a teammate, who will then pass it on to the next.

“They’ve had some good ideas,” Quinn said. “We tried to make sure they’re still getting the work in, but the important thing for our guys right now is to keep them engaged. We’ve given them some group challenges to mix the serious workouts with something more creative that we normally might not have time for.”

Still, nothing replaces the real thing. When the players eventually return to the academy, it’s going to be after a time that for many of them is longer than they’ve gone without playing competitive soccer since they were little kids.

Quinn said the coaches will likely still treat training sessions as normal as opposed to trying to make up for lost time by working extra hard. The way he sees it, everybody in the country is in the same boat, so it’s best to keep things steady.

If anything, the teams might have to manage the workloads of the players once competition resumes, to make sure they aren’t doing too much too soon after such a long break. But the academy believes they will hit the ground running.

“We’re pretty confident that the guys will come back in and they won’t skip a beat,” Quinn said. “These guys are naturally in good shape and they have a good work ethic. I think they love the game. So when we do get back into full training, whenever that may be, none of the coaches will need to kick them in the heels. They’re ready to go right now.”

CASA GRANDE — A local youth soccer academy that ranks among the top in the country now has a new home to showcase its best players.