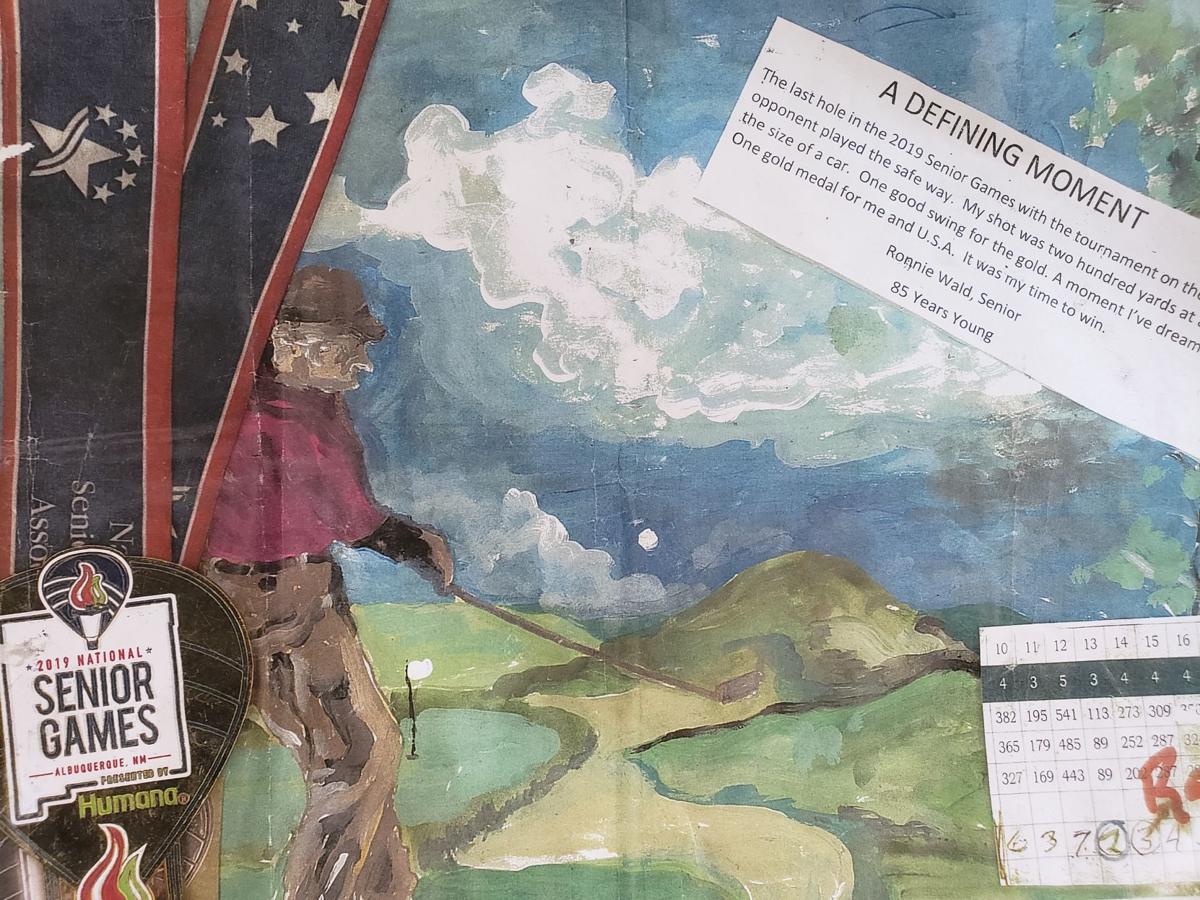 An artist on scene for Ronnie Wald's gold medal-winning golf shot in Albuquerque created this image to make sure it is remembered. 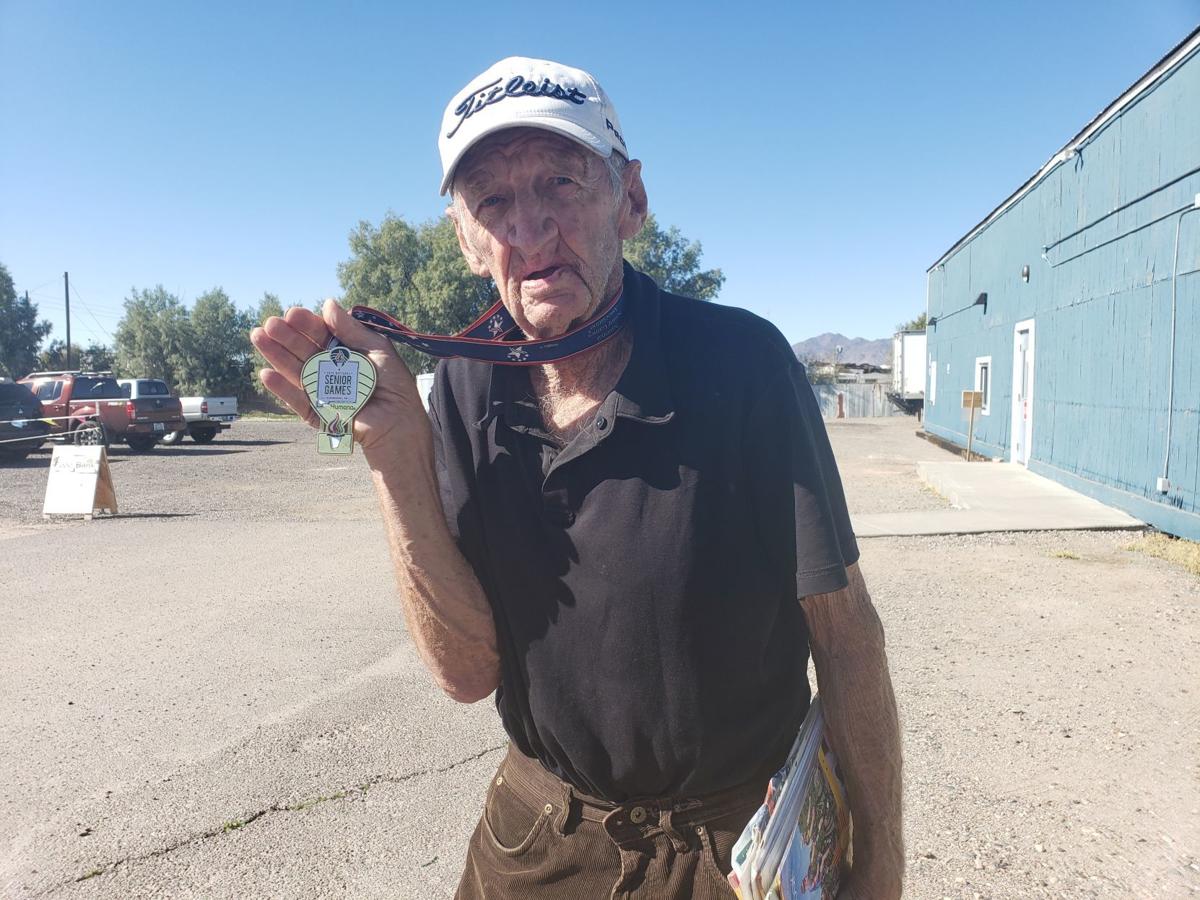 Ronnie Wald holds up the gold medal he won at the 2019 National Senior Games in Albuquerque, New Mexico.

An artist on scene for Ronnie Wald's gold medal-winning golf shot in Albuquerque created this image to make sure it is remembered.

Ronnie Wald holds up the gold medal he won at the 2019 National Senior Games in Albuquerque, New Mexico.

MARICOPA — These are scary times for many, but one local senior isn’t letting fear get in the way of continuing his passion, and he wants the same for everyone in his age group.

Ronnie Wald has gained notoriety in Maricopa for being the “old man on a bike” riding around town on a regular basis. The 85-year-old is much more than that, however. He is an Olympic champion.

In June, Wald traveled to Albuquerque to compete in the 2019 National Senior Games. This wasn’t his first time at the event also known as the Senior Olympics, after competing in swimming, golf and track in 2017 in Birmingham, Alabama, and in Las Vegas before that. This time around, he just focused on golf, which led to great success.

The way Wald tells it, and the way it was commemorated in a piece of art by someone at the games, the moment he became a champion was something out of a movie.

It all came down to the last hole. A lot of the other 80-something competitors had already dropped out due to harsh weather coming out of the New Mexico mountains. But Wald and a few others toughed it out. He and another competitor had to hit one shot as close to a target as possible. He saw the guy play it safe by going around some trees. He thought he could clear those trees and did. That final shot traveled 200 yards.

He is already training for the next Senior Olympics, which will take place in June 2021 in Fort Lauderdale, Florida. He golfs every morning he can, rides his bike in the afternoon and runs in the evening.

That has already been a challenging road. Not long after the Olympics, he fell ill with pneumonia, and it got so bad that he had to be put on life support for three days while doctors tried to figure out which medication would work for him.

“I was in critical shape,” Wald said.

He said doctors told him they could tell he was fighting. He said it’s because he has something to work toward with his sports. After he woke up from life support, he moved into a Catholic Charities shelter where he could get everything he needed to get better.

Now, he’s feeling good. He eats well and stays as active as he can. He still has his adversity, like when he hit a pothole with his bike and had to sit out for a few days. But he is encouraged by the people of Maricopa who recognize him and say they’re rooting for him.

Wald wants to pay that encouragement forward by getting other seniors active. Especially now, when so many people his age are afraid to go outside because of COVID-19, he wants his peers to still stay active and remember there is a world that will go on when the pandemic ends, and they should be a part of that.

“Life’s not complicated for me now,” Wald said. “I enjoy being around other people. They inspire me.”