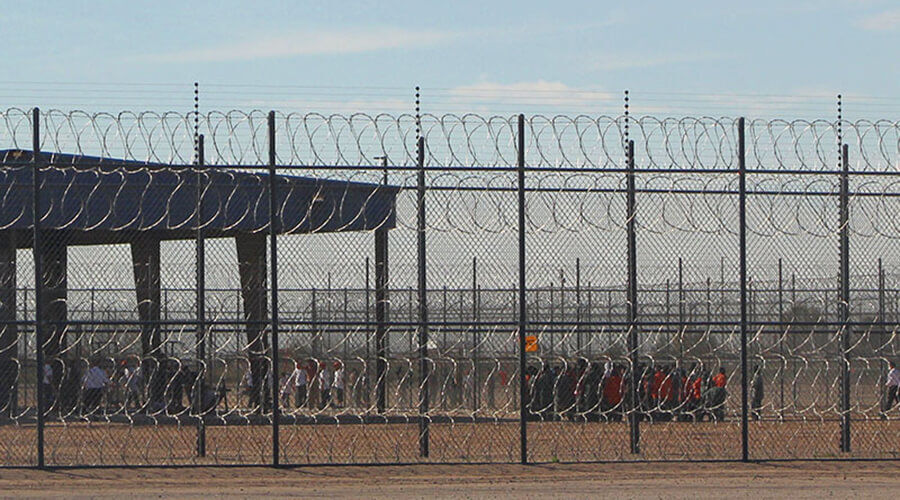 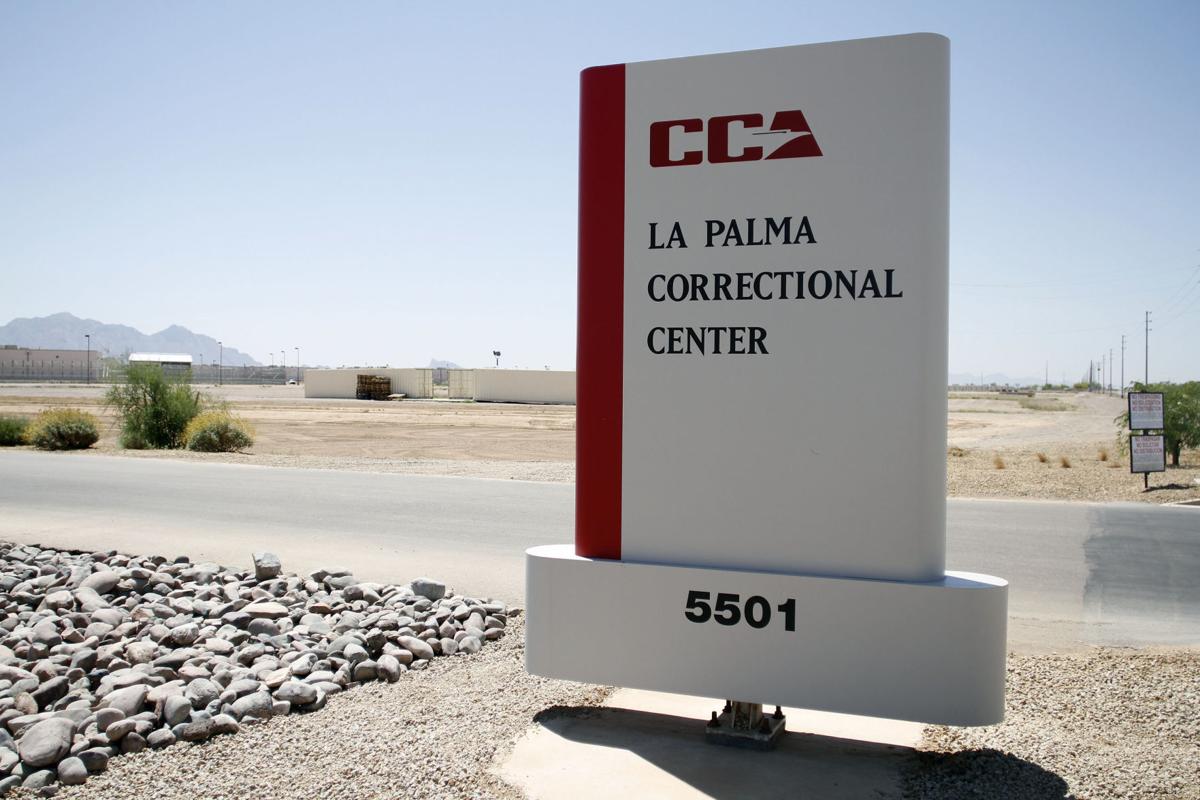 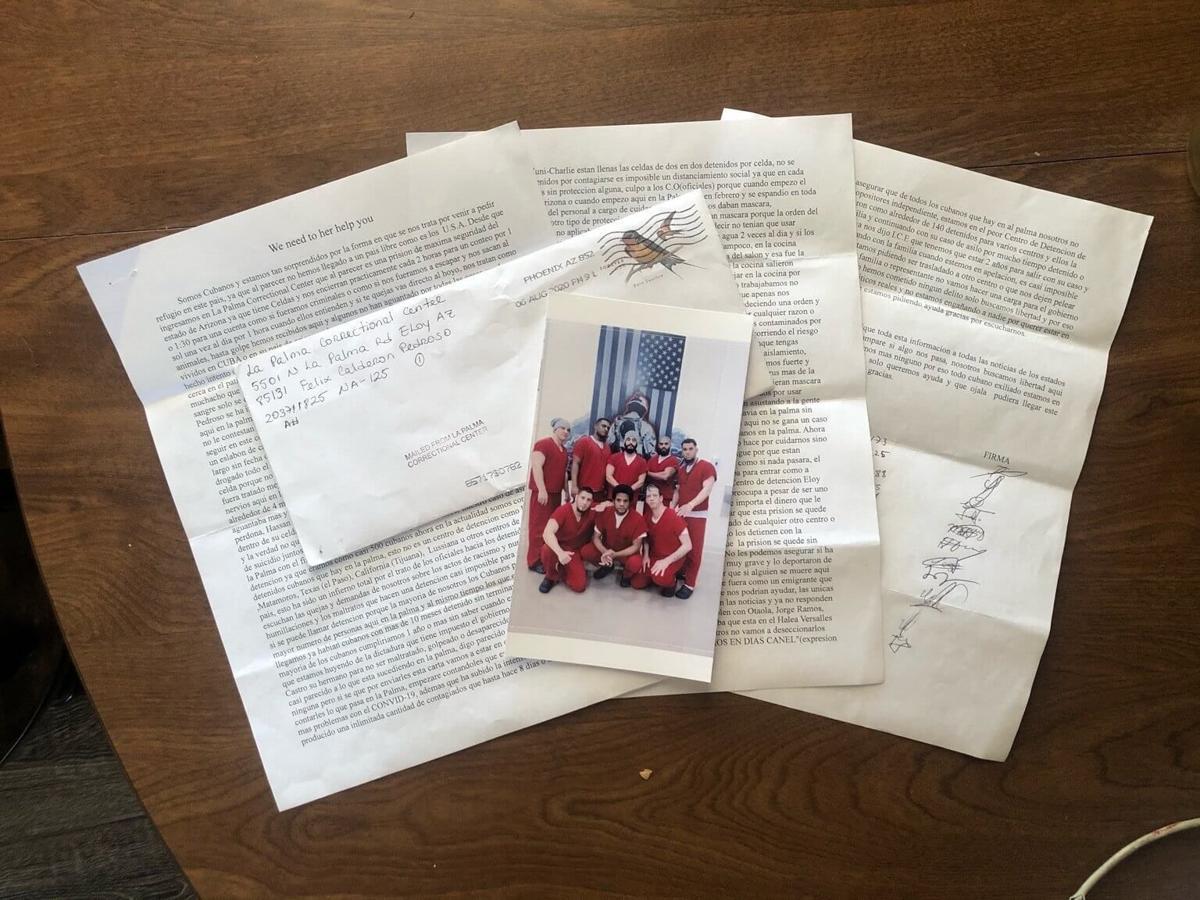 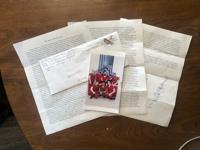 The contents of an August letter sent to local community group Trans Queer Pueblo are pictured. The letter was authored by 11 Cuban asylum-seekers detained at La Palma Correctional Center, the ICE detention facility with the most COVID-19 positive cases.

ELOY — In August, a group of Cuban asylum seekers held by Immigration and Customs Enforcement at the La Palma Correctional Center detailed how detainees who fell ill with coronavirus symptoms were put into isolation instead of receiving treatment.

“People with COVID-19 are treated with water and Tylenol. They don’t test people for COVID-19 even if you have symptoms, they only take your temperature,” they wrote in a letter. “There is no other type of medicine, only isolation. The medics and guards say it is not their fault if we catch the virus; they say we are strong and healthy and we can tolerate the virus.”

CoreCivic, the company that runs both the Eloy Detention Center and La Palma, denied the allegations made by the Cuban detainees.

“Any allegations that imply that detainees ‘with COVID-19 are treated with water and Tylenol,’ or that we ‘don’t test people for COVID-19 even if you have symptoms’ are false,” the company said in a statement.

The private prison company also said it doesn’t place sick detainees into “solitary confinement” or “isolation,” but it does place them into “cohorts” to curb the spread.

“Solitary confinement, whether as a term or practice, does not exist at any of the facilities we operate. During cohorting, there is no loss of privileges or activities,” CoreCivic said.

An Arizona Mirror analysis of historical COVID-19 reporting data of ICE detention facilities in Arizona shows the agency took two months between testing neighboring facilities while the virus spread at a rapid pace.

La Palma at one point had more cases of COVID-19 than any other ICE facility in the nation.

The first reported case of the virus was back in April when a 45-year-old Guatemalan immigrant tested positive for the virus. ICE wouldn’t report a surge of positive cases in La Palma until late August.

Meanwhile, through letters sent in April and May to local community groups and members of congress, dozens of people held in La Palma warned of the spread of the virus. They painted a grim picture of detention conditions, sometimes saying that they feared for their lives.

They pleaded for better medical attention and appropriate measures to protect their health during a global pandemic.

In an April 16 letter, Joel Edgardo Cornejo claimed he was struck with paintballs and pepper gas was used in his pod after a group of detainees conducted a strike over the protest of sick detainees.

In another April 30 missive, 32 detainees who have conditions that put them at high risk of falling severely ill from COVID-19 said they “have a deep fear of becoming infected and dying far from our families” and asked to be released from detention.

In a May 18 letter, more than 25 detainees denounced lax measures to prevent the spread of COVID-19 inside La Palma.

“There are 120 of us in a small space and that is how the pandemic propagates faster,” they wrote. “The entrance of personnel and other workers is the biggest source of danger of it entering the tank.”

The contents of an August letter sent to local community group Trans Queer Pueblo are pictured. The letter was authored by 11 Cuban asylum-seekers detained at La Palma Correctional Center, the ICE detention facility with the most COVID-19 positive cases. Photo courtesy of Trans Queer Pueblo

Data gathered by the Vera Institute of Justice, has been downloading data from ICE’s COVID-19 website every hour to create a historical database, shows that at the La Palma facility on Aug. 28, there was a 189% increase in the number of cases. Outlets reported on this increase in cases at the time, but the other Eloy facility had a similar spike 2 months prior.

The 460% spike in cases at the Eloy Detention Center was updated to ICE’s website on June 15. ICE Public Affairs Officer Yasmeen Pitts O’Keefe said the facility had received additional testing kits, which led to the discovery of the cases.

“In mid-June, ICE health care workers at the Eloy Detention Center (EDC) conducted testing of all detainees as part of a continuing effort to test those who were asymptomatic,” O’Keefe said. “In late August, ICE was able to expand testing to the La Palma Correctional Center (LPCC) for all detainees. This testing included over 1,000 detainees, most of whom were also asymptomatic.”

For both Eloy and La Palma, after the spikes, cases begin to plateau. At ICE’s two other facilities in nearby Florence, there are not similar spikes, but more gradual climbs upwards.

However, by looking at the historical data, it is easier to see a fuller picture how quickly the virus spread.

“ICE remains committed to providing accurate and timely information all while keeping in compliance with CDC guidelines,” O’Keefe said in a statement in response to Mirror questions as to why the agency does not put historical data on the agency’s website.

The additional testing conducted in June and August by ICE has led the agency to begin conducting COVID-19 testing during intake to “mitigate further transmission of COVID-19 within the facilities,” O’Keefe said.