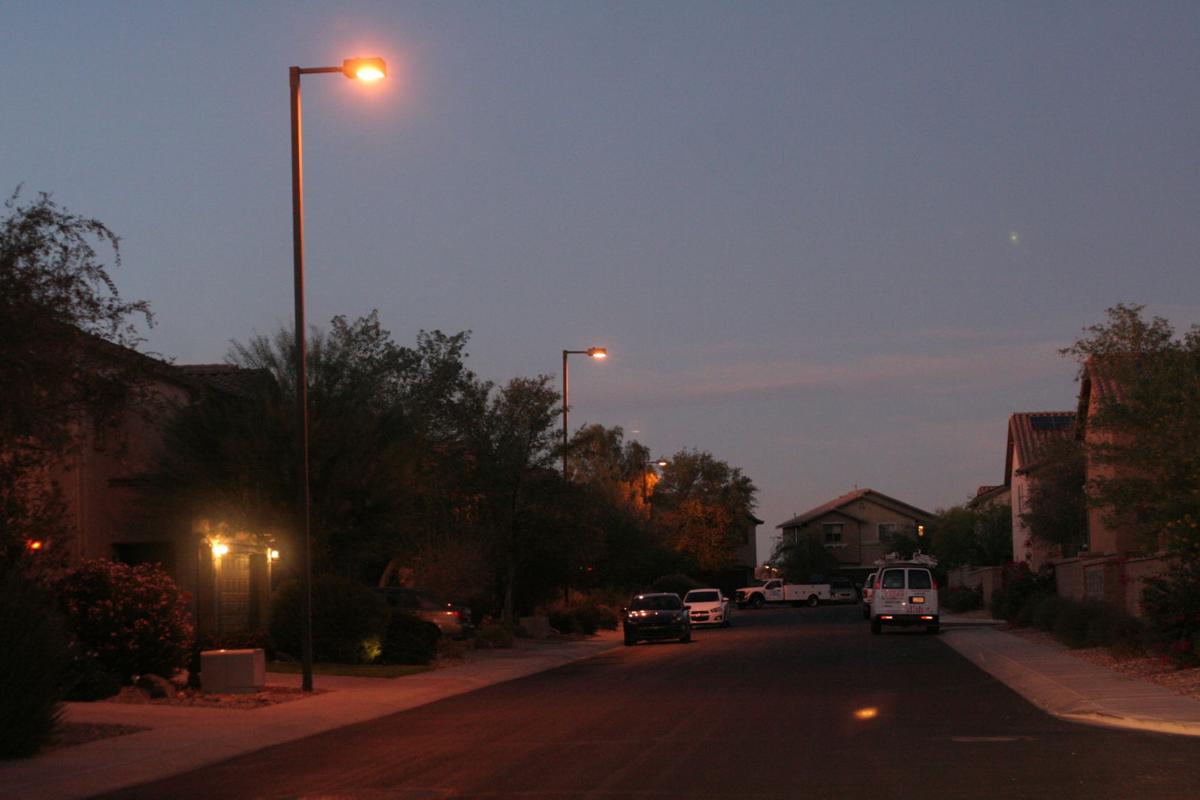 A Streetlight Improvement District is pictured in Anthem.

A Streetlight Improvement District is pictured in Anthem.

FLORENCE — COVID-19 infections continue to rise locally and statewide but at a slower rate, the head of the local hospital told the Town Council on Monday.

“We are starting to see a reduction in the rise of new cases day over day and week over week statewide,” Dr. Derrick Glum, chief operating officer for Mountain Vista Medical Center in Mesa and the hospital’s Florence campus, told the council. “Pinal County is also seeing the same trajectory. The total amount of new cases is starting to taper day over day.”

“We’re not going to call it a plateau yet, but the increase in cases is starting to slow,” Glum said, adding the duration and severity of the illness also appear to be declining in the local region.

He said the Florence hospital has been reasonably well stocked with testing kits while it performs employee testing for the Gila River Indian Community and its casino employees.

In other business Monday, the council gave final approval to local tax levies for the new fiscal year. A levy for the Streetlight Improvement Districts passed over the no vote of Vice Mayor John Anderson.

In a SLID, property owners in a defined area agree to pay the costs to operate and maintain their streetlights through a property tax.

Councilwoman Michelle Cordes said the issue had been discussed “a couple of times” and the council was never “given a good solution,” yet it’s being asked to approve SLIDs again.

Town Manager Brent Billingsley replied that the issue had actually been discussed at multiple council meetings and town staff had provided a lot of information. He said the town’s own development code requires SLIDs. He said without them, the town would have an “inverse financial relationship with growth,” as the town grows, “the less money we have,” Billingsley said.

Town Engineer Chris Salas told the council in March that relying on more of the town’s gas tax funding, known as HURF, to pay for more streetlights would mean less money for streets at a time when the town is also facing the prospect of cuts to HURF following the potential closure of Arizona State Prison-Florence Complex.

He said public works departments across the nation have been asked to do the same with less for a long time, and HURF is needed for actual pavement and transportation.

The town’s SLIDs 1 and 2 have adequate financial reserves and will levy no tax in the new fiscal year.