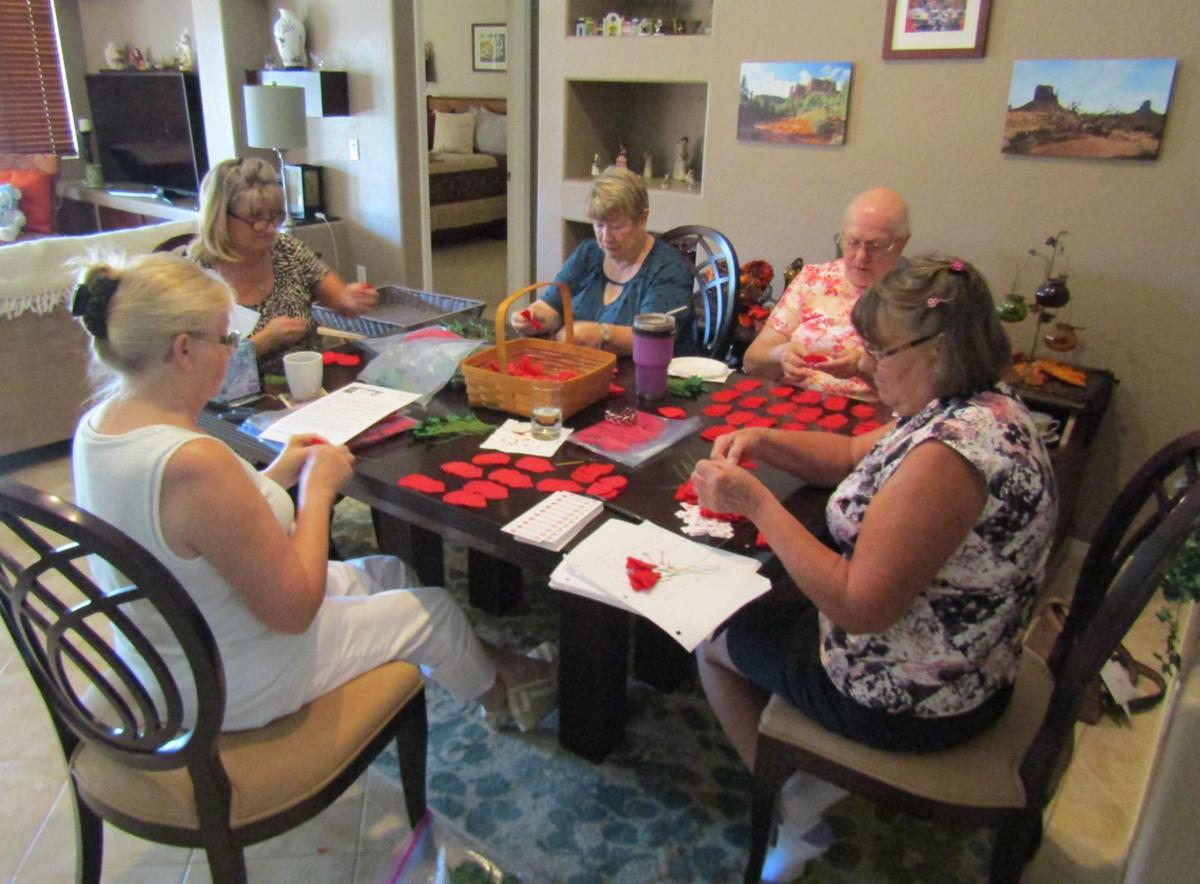 CASA GRANDE — A group of six volunteers with American Legion Auxiliary Unit 8 has made 5,000 red paper poppies in anticipation of National Poppy Day, set for May 22.

National Poppy Day aims to show support and appreciation for the nation’s veterans, but due to the coronavirus and social distancing requirements, there will be some changes to the annual observance this year.

In the days leading up to Memorial Day, Unit 8 volunteers are usually found outside of grocery stores, distributing the paper poppies.

“We usually have as few as 12 and could use as many as 24 to distribute them,” said Linda Palmer, a member of the organization.

This year, the poppies will be delivered via mail.

Those who wish to receive a paper flower for themselves or a family member may contact the American Legion Auxiliary Unit 8 by sending a letter to P.O. Box 10224, Casa Grande, AZ 85122. Those making a request should include an address for the poppies to be mailed to and indicate how many paper flowers are needed.

The organization will also distribute poppies for Veterans Day, which this year is on Wednesday, Nov. 11.

“We would be distributing them the weekend before, the 6th to the 11th,” Palmer said. “We will also be at the parade with the poppies.”

The poppy became the memorial flower of the American Legion in 1920 after professor Moina Michael in 1918 resolved to wear a red poppy year round in honor of the soldiers who had died in World War I. Michael’s wearing of a red poppy was inspired by “In Flanders Fields,” a poem by John McCrae.

The paper poppies are made by volunteers. This year, six volunteers worked two hours a day, six days a week for several weeks to prepare 5,000 poppies for the public, Palmer said.

All the donations received for the poppies support the future of local veterans, active-duty military personnel and their families with medical and financial needs.

In Flanders fields the poppies blow

Between the crosses, row on row,

That mark our place, and in the sky,

Scarce heard amid the guns below.

We are the Dead. Short days ago

Loved and were loved, and now we lie

Take up our quarrel with the foe;

To you from failing hands we throw

The torch; be yours to hold it high

If ye break faith with us who die

We shall not sleep, though poppies grow