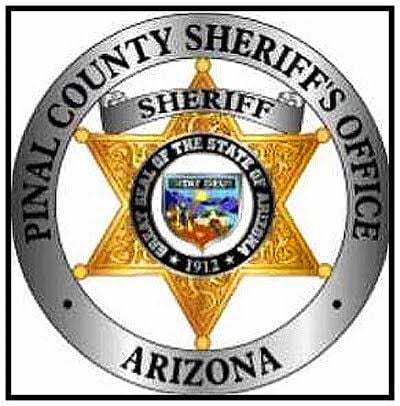 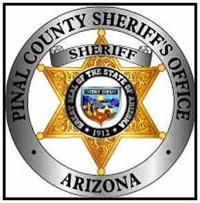 On May 8 police stopped a dirt bike being ridden by Katelyn Tibbs due to no visible license plate. A records check revealed the bike to be registered as stolen out of Florence. Tibbs was arrested for possession of the stolen bike, which was valued at over $1,000 even after some damage to the bike’s chassis. Tibbs was also cited for driving on a suspended license, then released.

On May 9, police were sent to the 900 block of North California Street in response to death threats made by Johnny Gonzales. Video from a witness allegedly shows Gonzales threatening a victim with a screwdriver and destroying a phone. The phone was valued at over $1,000. Police were unable to locate Gonzales but charges of criminal damage and disorderly conduct were forwarded to the county attorney’s office.

On May 11, Joseph Nelle was arrested for disorderly conduct and criminal damage. Police were responding to reports that Nelle was inside a residence breaking things. Nelle was estimated to have caused $650 worth of damage. Nelle was given two citations and then transported to Florence Anthem Hospital.

On May 11, both Jason Shaw and Brooklyn Shaw were cited for disorderly conduct and fighting, after police were notified of a domestic disturbance. Both Shaws were released on the scene.

On May 13, Henry Marquardt was stopped by police after they observed him veering into the center of the roadway. Police allegedly located a glass pipe on the floor, and cited Marquardt for drug paraphernalia and for not having vehicle insurance. Marquardt was then released.

On May 14, police observed two vehicles racing south on State Route 87 and conducted a traffic stop on a red car that did not have a license plate visible. The driver, Sergio Valencia, reportedly admitted he was driving on a suspended license and did not have documentation for his vehicle. A records check showed Valencia had an active warrant out of Eloy City Court. Valencia was arrested and police cited 28 violations on Valencia and the car, including overly tinted windows, a crack in the windshields and high exhaust noise. Valencia was cited and released.

On May 15, police conducted a traffic stop on a vehicle being driven by Yolanda Ibarra. A search of the vehicle allegedly revealed a digital scale, small baggies with residue and four cut straws used for smoking meth. Ibarra was cited for drug paraphernalia and released.

On May 15, police stopped a vehicle that was swerving into lanes and stopped partially in an intersection. Police had the driver, Marc Daniels, exit the vehicle, and allegedly found an open container of alcohol as well as some marijuana. Daniels was transported to the Coolidge Police Department for a blood test, then released on charges of possessing an open container of alcohol and marijuana possession under 21.

On May 16, Beanca Garza was arrested during a traffic stop as police noted her vehicle was driving in the shoulder of the roadway. A breath test registered a BAC of .186. Garza was cited for DUI and then released.

On May 18, police were notified of a fight occurring in the 500 block of North Main Street. Pamela Jackson and Myisha Jackson were allegedly throwing lawn chairs at one another. Both Jacksons were cited for Assault DV and advised to stay away from each other.

On May 19, police were dispatched to the 200 block of West Pima Avenue for a report of a domestic disturbance. Police made contact with Richard Lara, who police say was very agitated. A records check showed Lara had an active warrant out of Casa Grande City Court. A witness stated Lara had broken a window and damage was estimated at $300. Lara was transported to the Coolidge Police Department, then later signed a citation promising to appear in court at a later date.

On May 19, police were dispatched to the 1500 block of South 7th Street in response to a reported assault. Later, contact was made with the suspect, David Reafleng, who was transported to the Coolidge Police Department. Reafleng reportedly admitted to the incident and was arrested and transported to CoreCivic on charges of Assault DV.

On May 20, Pamela Jackson was cited during a traffic stop for having an open container of alcohol in her vehicle. A search of the vehicle also allegedly revealed a glass pipe. The citations were for drug paraphernalia, speeding and consuming alcohol while driving. Jackson was released after the stop.

On May 3, police were told a suspect had stolen personal hygiene items from the Family Dollar store on Arizona Boulevard. The store estimate that the stolen goods were valued at $80. The case was suspended.

On May 13, a laptop was allegedly stolen from a victim’s care in the 300 block of West Byrd Avenue. The laptop was taken from an unlocked car, and was valued at $222 to replace. It was not known if the laptop was trackable and, pending further leads, the case was suspended.

On May 14, police were notified of a shoplifting incident which occurred at the Circle K at 1541 Arizona Boulevard. Surveillance footage shows a suspect enter the store and steal several cans of Steel Reserve beer, then walk out without paying. Pictures were uploaded to the police department’s Facebook page.