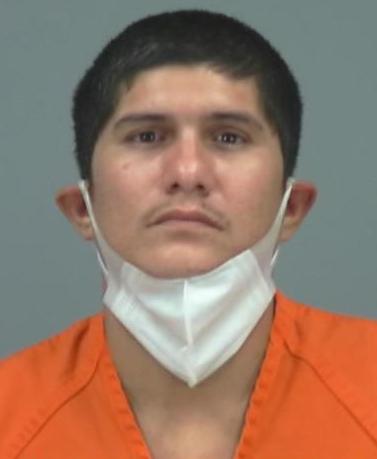 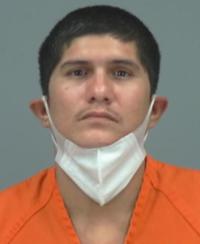 On Jan. 17, Richard Lara was cited for burning trash on his backyard barbecue grill. Lara had reportedly been warned previously by the fire department that the trash burning was unlawful.

On Jan. 27, police responded to a reported incident in the 800 block of North 3rd Street involving a reported fight and collision. Police found Aneisa Acosta bleeding from the head and with several bruises on her face. Acosta was air lifted to Chandler Regional hospital. Witnesses said that Acosta had arranged a fight with someone earlier that day. At the time of the incident, Acosta allegedly collided her vehicle into another, and engaged in a fight, before having a seizure. A witness said they saw Mariah Valadez and one other engaged in the fight as well. Video footage confirmed that the fight involved three individuals. After being sent home from the hospital, Acosta was arrested and charged with reckless driving and disorderly conduct. Valadez was also charged with the latter.

On Jan. 28, police observed a vehicle without a license plate making a wide left turn. After initiating a traffic stop, the vehicle pulled over and two suspects in the passenger’s seats immediately ran to flee the scene. The vehicle’s driver, David Garcia, reportedly admitted to smoking fentanyl prior to the stop. Police conducted a vehicle search and found one fentanyl pill and a straw with a melted end inside, as well as a broken glass pipe. A records check also revealed Garcia had suspended driving privileges. Garcia was arrested and released, with policing forwarding charges of narcotics possession to the county attorney’s office.

On Jan. 30, police conducted a traffic stop on a vehicle that was driving with a stolen license plate. The driver, Sharon Faruhar, could not provide evidence of vehicle registration. Several hours after clearing the traffic stop police identified Faruhar as having stolen the plate of a vehicle parked at a Motel 6 nearby. Information was forwarded to Eloy PD.

On Jan. 30, police responded to a reported assault and found a victim on the scene with multiple injuries to their face. Police located the suspect, Luis Melendrez, the following day. Melendrez reportedly admitted to fighting and was cited for disorderly conduct.

On Feb. 1, Ernest Rushing was arrested during a traffic stop when police allegedly found cocaine in his shirt pocket and on the driver’s seat. Rushing was found to have 9.6 grams of cocaine, as well as a broken glass pipe. Rushing was transported to Pinal County Jail for possession of narcotics.

On Feb. 4, police conducted a traffic stop on a vehicle driven by Roman Garcia, with passenger Daniel Ramirez. Garcia was found to be driving on a suspended license, and a vehicle search revealed a baggie with 0.7 grams of cocaine inside Ramirez’ wallet. Ramirez was charged with narcotics possession and drug paraphernalia, and was also found to have an active Coolidge city warrant. Garcia was cited for driving on the suspended license.

On Feb. 4, police responded to reports of an abandoned truck blocking the roadway near the intersection of West Vah Ki Inn and Macrae roads. Inside the truck, police found David Lopez breathing but unconscious, with an open container of alcohol. A records check revealed Lopez’ driving privileges were suspended. Lopez was arrested for DUI and breath test at the department showed a .242 BAC. Lopez was later transported to Pinal County Adult Detention Center.

On Feb. 5, Daniel Charles Lopez was arrested for shoplifting after police recognized Lopez as matching a description by shop owners. Lopez had allegedly stolen an Atari Flashback X and an Airship Obstacle Avoidance Drone from the Family Dollar store on Arizona Boulevard. The items were valued at $45. Lopez was arrested, cited and released.

On Feb. 6, Donnell Atlas and Sheri Dearing were involved in a dispute during which Dearing had pulled up alongside Atlas in her vehicle to argue with him, and Atlas had kicked at her car, causing minor damage. After an investigating, police concluded that Dearing was the aggressor in the incident, having pursued Atlas in her vehicle. Atlas was cited for criminal damage and Dearing was cited for disorderly conduct.

On Feb. 6, police conducted a traffic stop on a vehicle for failing to stop at a stop sign at Arnold Way and West Coolidge Avenue. The front passenger, Frankie Payne, was found to have two active warrants out of Casa Grande. Payne was arrested and transported to Pinal County Adult Detention Center.

On Feb. 7, police were notified of a hit and run on Arizona Boulevard and found the suspect, Jorge Valenzuela, at a residence with their vehicle severely damaged. The victim of the hit-and-run said that Valenzuela had turned out of the McDonalds’ drive thru, hit a pole next to the sidewalk, and had reversed the vehicle into the victim’s car before driving away. The victim had pulled up behind them to see if Valenzuela was okay. Once Valenzuela pulled away the victim had called 911. Valenzuela was found to have an active Coolidge warrant and a breath test showed a BAC of .137. Valenzuela was transported to CoreCivic on charges of DUI and failure to stay at an accident.

On Feb. 10, police arrested Brooklyn Shaw on assault charges after acknowledging they had hit the victim several times. Shaw was released from custody by the city magistrate but told not to return to the scene of the incident.

On Feb. 12, Ruben Tristan was arrested for trespassing on a property in the 300 block of Central Avenue. Tristan had previously been told he was not allowed to be at the residence. According to police, Tristan resisted arrest and injured one of the officers, as well as damaging another’s wristwatch. Once he arrested, Tristan admitted to using meth and marijuana earlier in the day, and was transported to Florence Anthem Hospital.

On Feb. 13, Elizabeth Wagner was cited for speeding in a residential zone and for driving on a revoked license. Police had observed her vehicle going 60 mph in a 25 mph zone.

On Feb. 15, police responded to a call about a suspicious vehicle parked on the wrong side of Arizona Boulevard. Police made contact with Lacrisha Jamerson, who was found to have two active Coolidge warrants. Jamerson was arrested and released at the Coolidge police station with the direction to appear in court at a later date.

On Feb. 16, Terrence McKinney was found by police trespassing next to the railroad, and a records check revealed three outstanding Coolidge warrants. McKinney was arrested and transported to CoreCivic.

On Jan. 15, police were notified of criminal damage that had occurred in the weeks prior to a subject’s car engine. The victim said someone had put soil in their engine oil, causing damage to the car valued at $7,645. Although a suspect was identified, the case was suspended until police could make contact with them.

On Jan. 25, three items were stolen from the Family Dollar on Arizona Boulevard totaling $12 in value. Video surveillance showed a suspect grabbing laundry supplies and stuffing them down their shirt, before running out the door of the store. No suspects have been identified and the case was suspended.

On Jan. 31, police were notified of a shoplifting not in progress which had occurred at the Wal Mart on Arizona Boulevard. A suspect was shown on surveillance footage not paying for all items at a self checkout. The unpaid items were valued at $25. Although store employees said they knew the name of the suspect, a records search came back negative and the case was suspended.

On Feb. 1, police responded to a report that someone’s vehicle had been struck by a brick. The windshield of the victim’s Honda Accord was badly damaged, with estimated an estimated repair cost of around $300. No suspects have been identified at this time.

On Feb. 12, a vehicle was stolen outside the Circle K in the 1500 block of Arizona Boulevard. The vehicle’s owner told police he had left the ignition on and doors unlocked while they went into the store quickly. When they came out, they saw their vehicle, a white 2020 Hyundai Sonata, driving away northbound. The vehicle has an estimated value of $20,000. Surveillance footage confirmed the theft, but the suspect and vehicle were not located and the case was suspended.

On Feb. 15, police were notified of a stolen vehicle license plate in the 700 block of West Pima Avenue. Nothing else was stolen off the victim’s truck. No suspect information was available and the case was suspended.