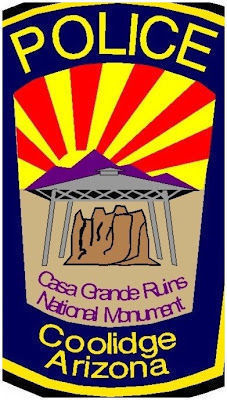 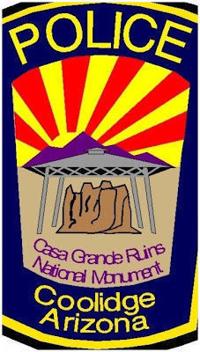 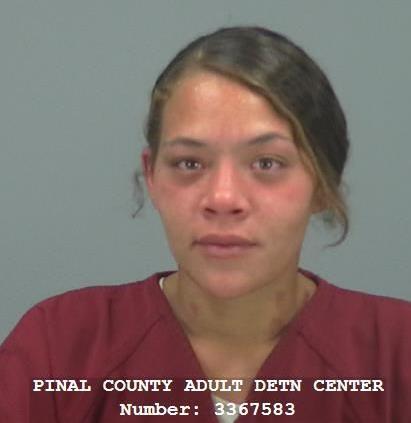 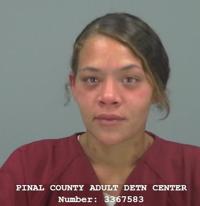 On Dec. 2, Omar Mejia was arrested during a traffic stop for arrest warrants. Mejia resisted arrested and injured an officer. Police conducted a DUI investigation and determined Mejia was impaired. Mejia was transported to the Pinal County Adult Detention Center.

On Dec. 5, police conducted a traffic stop on a speeding vehicle along Arizona Boulevard, but upon stopping, the driver attempted to run away. Police detained the suspect, Mario Johns, who was found to have active Coolidge and Florence warrants. Johns was issued a civil citation for speeding and was booked at Pinal County Adult Detention Facility for the warrants.

On Dec. 7, police responded to reports that subjects were trespassing on a condemned property in the 900 block of West Lindbergh Avenue. Officers observed people in the home but had to enter through a second story window because of locked doors and dogs in the yard. Once inside, police found four people in the home, including two subjects hiding in a walk-in closet. A records check showed that two of the trespassers, Kristina and Clinton Slaughter, had active warrants. Ms. Slaughter claimed that the home belonged to her grandmother and she’d been asked to feed the dogs. Police released the other suspects, but Mr. and Ms. Slaughter were placed under arrest, and later released into the custody of Pinal County Detention Center.

On Dec. 8, police conducted a traffic stop on a vehicle driven by Jaime Campos and a records check revealed two active warrants out of Eloy for Campos’ arrest. Police also found a firearm in the vehicle, and Campos was not permitted to have a weapon due to a previous felony conviction. The weapon was taken by police as found property, while Campos was cited for driving on a suspended license and failure to stop at a stop sign. Campos was later transported to Pinal County Adult Detention Center for the valid arrest warrants.

On Dec. 9, Ramon Rodriguez, Michael Hastings and Brandi Nations were arrested following a traffic stop in the 400 block of West Sunset Avenue. Rodriguez had been caught shoplifting from the Dollar General on Arizona Boulevard. Police observed Rodriguez leave the store with stolen items valued at $120. Rodriguez then jumped into a vehicle heading northbound. When police stopped the car, Rodriguez attempted to flee the scene. Rodriguez was apprehended one block away and .5 grams of meth were found on his person.

While searching the vehicle, police found 8 more grams of meth and a glass pipe for smoking. The driver, Nations, admitted to smoking fentanyl and meth. Although the case is pending lab results, police will be submitting charges against the three suspects including possession of dangerous drugs, shoplifting and DUI (for Nations).

On Dec. 10, Benny Bustamante was arrested following an incident in which he had fired a gun at another person while making homicidal threats against them. Bustamante admitted to firing the gun when the police arrived. Officers located multiple firearms in the home, but it was determined after a records check that the suspect was a prohibited possessor. Bustamante was transported to Pinal County Adult Detention Center on multiple charges including: aggravated assault, prohibited possession of a weapon, and disorderly conduct.

On Dec. 11, police responded to a report that several suspects were attempting to open vehicles parked along North Arizona Boulevard. Upon arriving at the Speedway parking lot, officers were told two suspects who had shoplifted had exited the store in opposite directions. Police made contact with one of the suspects, Jennifer Valenzuela, and while conducting a search found 1.6 grams of meth and a glass pipe. Valenzuela was transported to Pinal County Detention Center for possession of the drugs.

On Dec. 12, police made contact with Nathaniel Lara, who gave a false identity of someone with an active warrant. Police arrested Lara, who was searched and found to have foil and residue used for fentanyl, and transported him to the Coolidge Police Department. After investigating further, police discovered Lara’s real identity, and took him to Pinal County Adult Detention Facility for possession of drug paraphernalia and false reporting to law enforcement.

On Dec. 13, police found Arnold Boni III just outside an abandoned building in the 200 block of West Wilson Avenue. Boni had been arrested before for trespassing inside the building. Police found several items inside the building, including a blue folder with Boni’s name written on it. The building’s interior is described as being in disrepair with broken glass, stuck out nails, and holes in the floor. Boni was transported to the Coolidge Police Department, cited and released.

On Dec. 13, Lucrecia Long was arrested for criminal damage — kicking down a door — and assault, following a call into police about the disturbance. Long was transported to the Coolidge Police Department, where she was cited for the charges and released.

On Dec. 14, police arrived at the 300 block of North Main Street in reference to a disturbance in the area. Police located Harvey Rushing, who said he had been involved in a non-physical altercation. A records check revealed Rushing had two active arrest warrants for probation violation out of Pinal County Superior Court. Rushing was transported to Pinal County Adult Detention Center and was released from custody after a medical check.

On Dec. 15, Tadeo Bravo was approached by police to serve a characteristics order when officers found 6 grams of marijuana and paraphernalia used to smoke fentanyl in Bravo’s vehicle. During a search of his person, police found a fentanyl pill in Bravo’s jacket. Bravo was booked at Pinal County Jail for possession of narcotics.

On Dec. 17 police on patrol found Therin Castillo behind the Safeway on Arizona Boulevard, well past closing time, and found Castillo to have 2 outstanding city warrants. Castillo was taken into custody without incident and later transported to Core Civic.

On Dec. 11, police were notified of a burglary in the 300 block of West Spruell, where a building is currently under construction. A subject had stolen a heavy duty dolly, paint sprayer and box of flooring, in total valued at $1,700. Police were not able to locate anything of evidentiary value on scene, and the case is currently suspended.