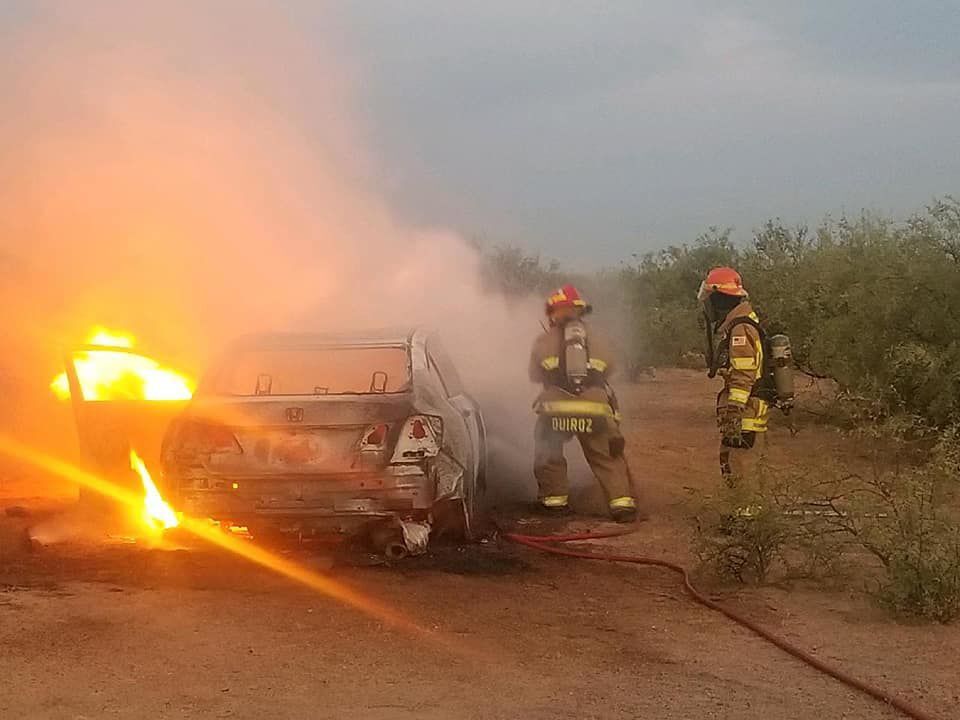 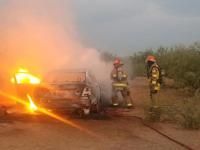 On July 17 Engine 522 responded to a fully-involved vehicle fire. Unfortunately, the car was a total loss. The cause of the fire is under investigation.

At 7:10 pm in the 600 Block of S Penn St ENG521 and BC521 were dispatched for a gas leaking in the area. BC521 arrived on-scene and established command. EN521 arrived and assigned to Hazard Sector and evacuated the structure. Hazard sector completed a walk around the structure to find a gas leaking coming from the water heater area. Hazard sector secured the gas meter to stop the leak interior of the house. Crew’s awaited Southwest gas to assist as needed.

At 1:17 pm in the area of Interstate 10 Milepost 215. Brush 522 was dispatched for a Brush fire. Battalion 521 also responded in the BC buggy. Battalion 521 arrived on-scene to a fast burning brush fire and began knocking down the flame spread with his water extinguisher. Brush 522 arrived on-scene and started fire knock down, working on fire control. Fire control was completed after 30 minutes of intense work from crews on scene limiting the spread of the crush fire to nearby fields. Crews were able to safely return to quarters.

At 7:39 pm in the area of Valley Road and Cornman Road. Engine 522 was dispatched for a vehicle fire in the desert. EN522 arrived on-scene to find a fully involved vehicle fire. EN522 crew pulled an attack line and started to knock down the fire. Engine 522 completed extinguishment and turned the scene over to Eloy Police Department.

At 8:43 pm in the area of Milligan Road and Sun Ridge Trail. Units were called for a lost person in that area. PCSO was requesting mutual-aid for a person in a vehicle possibly stuck having a medical issue. BC521 and Medic 521 responded. BC521 met with PCSO who stated they have the RP on the phone but cannot locate them. BC521 requested DPS Ranger to the scene for air support. Crew split apart to see if they could locate them. PCSO Search and Rescue had located the individual in a very secluded area and determined there was no medical issues. BC521 canceled DPS ranger and Units cleared for quarters.

The Eloy Fire District responded to the following EMS calls for the week ending July 19.

There were 6 reported public assistance service calls responded to.