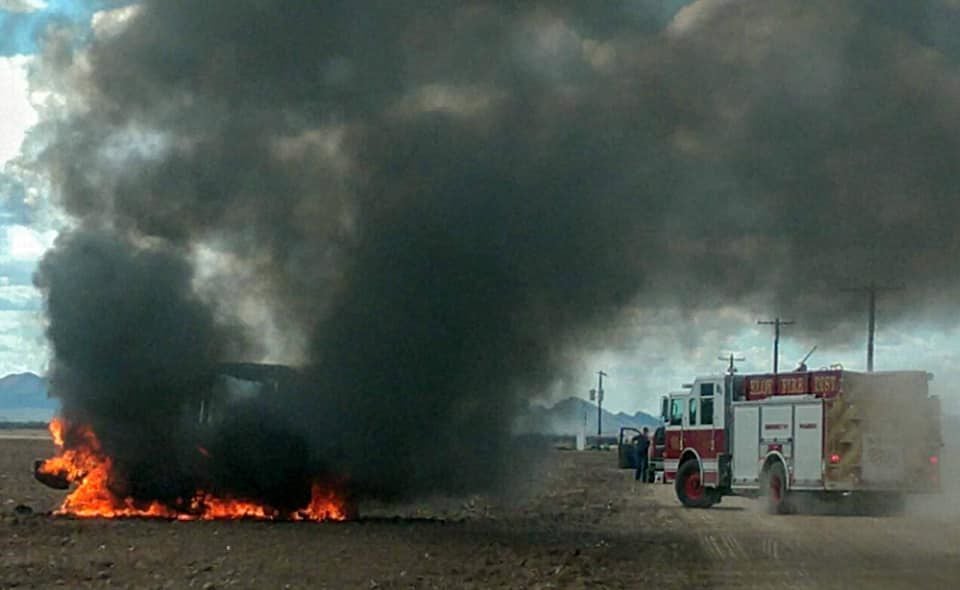 Eloy Fire District responded to a tractor fire on Sunday.

The Eloy Fire District responded to the following calls for the week ending March 8. Four calls from an outside agency for assistance and four calls for False Alarms/Unintentional Alarm Sounding.

At 9:54 am in the area of Alsdorf Road and Comanche Road. BR521 was dispatched for a brush fire. On Arrival BR521 found a small debris fire. BR521 crew extinguished the rubbish fire and returned to service.

At 1:56 pm in the 21000 Block of S. Lamb Rd. EN522 and Batt 521 were dispatched Mutual-aid for a tractor fire. EN522 arrived on-scene to find the Farm personnel working to extinguish the fire. EN522 pulled a hose line for fire attack. Batt 521 arrived and assumed command. EN522 extinguished the fire a few minutes thereafter. EN522 performed overhaul to confirm all hot spot were extinguished. The scene was turned back over to the owner of the property and crew cleared.

The Eloy Fire District responded to the following EMS calls for the week ending March 8.

There were 3 reported public assistance service calls responded to.