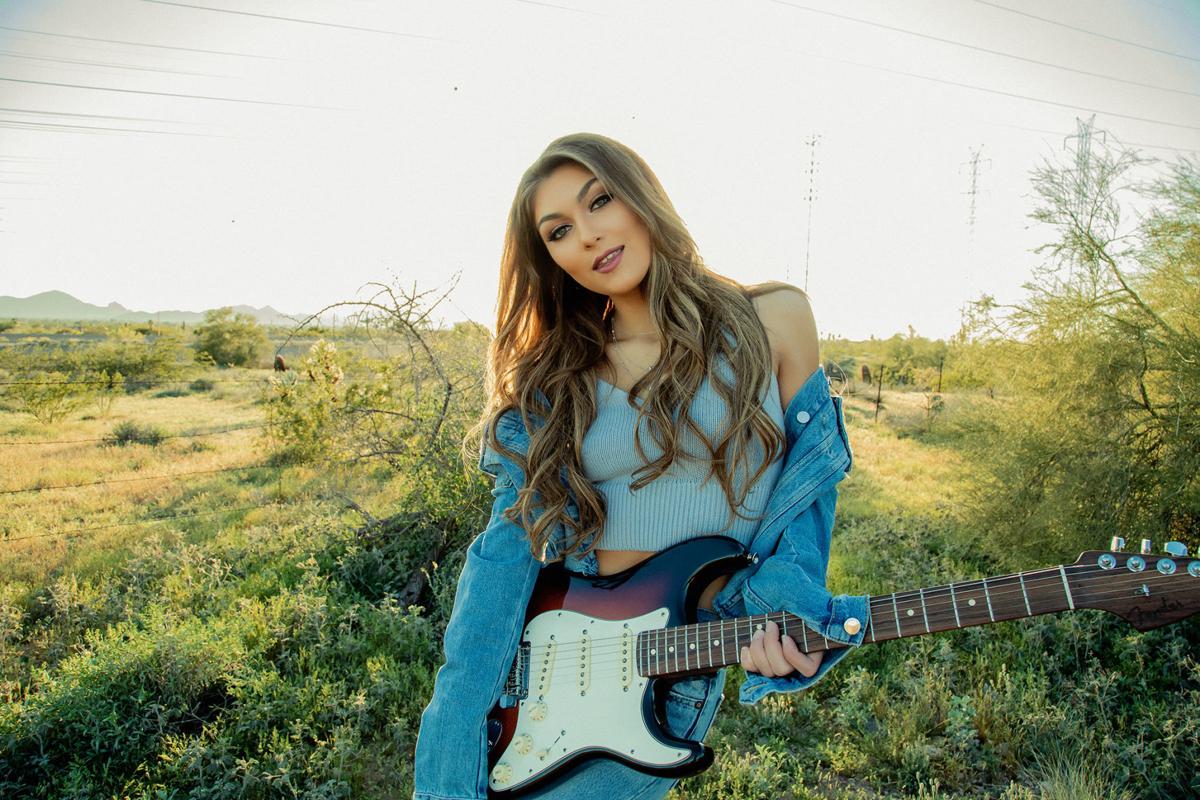 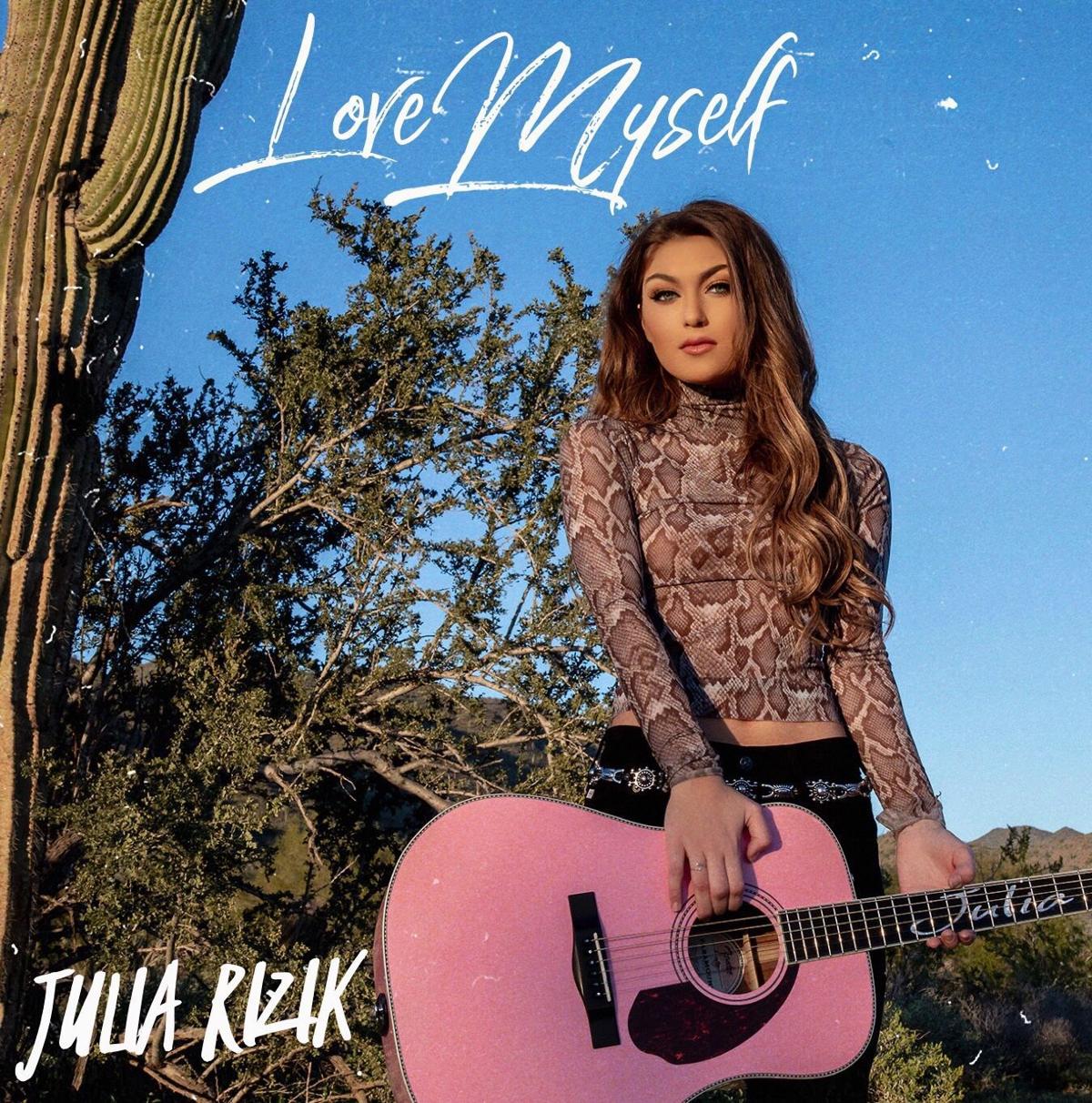 Julia Rizik admits to being a little homesick. The 18-year-old country singer is a self-described “Arizona girl” who moved to Nashville with her older sister last year to take her career to the next level, but she often thinks of home even as she relishes her experiences in Tennessee.

So when she was offered the chance to return to Country Thunder, she was thrilled to do so. Her first time in Florence was two years ago when she was only 16. It might not seem like a long time has passed since then, but a lot has changed.

Noting that there are pictures of her holding a guitar when she was just 3 years old, Rizik said music has always been in her blood. When she was in fifth grade, she made an uncommon decision for someone of her age to really put herself out there. Feeling bored after school, she started taking singing lessons in a nearby studio.

One day, the teacher convinced her to attend an open mic night. But right as she was about to take the stage, she was overcome with stage fright and cried in the bathroom, thinking her dreams were crushed at the age of 11. But her sister convinced her to get back on that stage, and much to her surprise, everything felt right. When she went back to school the next day, it didn’t feel right. She wanted to be on stage.

Rizik said she continued to feel out of place around her peers, including when going to high school at Desert Mountain in Scottsdale. Everybody around her was trying to figure out what to do with their lives, but she already knew exactly what she wanted. And she knew she was going to do whatever it took to get there.

“Everybody was so obsessed with football games and partying,” Rizik said. “And I was just like, ‘I want to write songs and be on stage.’”

Coming from a tight-knit family, moving out of the house and for all intents and purposes being on her own was a huge decision, one that didn’t come easily. Then when she finally did get there, already feeling intimidated, everything about her life seemed different.

Growing up in Arizona, the infrastructure for becoming a country music artist isn’t anywhere near the level of Nashville. So to make it in the business requires a lot of hustling, going to every event and traveling around for every little piece of the process of making music. Rizik was warned before moving that life in Nashville wouldn’t be like that. Everything is in one place, so there’s a lot more standing still and waiting.

“You’re not cramming everything into one week,” Rizik said. “So I started feeling frustrated because it didn’t seem like I was hustling anymore. Everything was not as rushed.”

Now when she thinks about when she first moved in July, she feels like she was practically a baby in the way she thought and went about her days. But eventually, she was able to figure things out, that life was now going to be more of a grind than a whirlwind. Once that realization came, she knew she was exactly where she needed to be.

Once she became comfortable with herself and her situation, the music started flowing. Rizik said she suddenly felt one day like she knew exactly what she wanted to say with her songs, and she just started writing non-stop. No longer was she feeling pressured to be who other people wanted her to be — a girl in a sundress singing other people’s stories. She could just be herself, and she knew that would be good enough.

It’s fitting, then, that the EP she has coming out in the coming weeks is called “Love Myself.” She always has admired strong women like Sheryl Crow who were able to blaze their own trail and not feel constricted to genre or other expectations.

That new music will be among the songs Rizik performs at Country Thunder at 4:30 p.m. on Sunday on the Copperhead Stage as she embarks on what she hopes will be an epic homecoming.

Ryan and the Renegades bring can-do attitude to Country Thunder

FLORENCE — It was originally a fraternity band out of Texas Tech University in Lubbock, and …

FLORENCE — If you feel awash in 1990s nostalgia while listening to Harry Luge, you’ve probab…

Cole Trains returning to Country Thunder ahead of album release

FLORENCE — Since playing Country Thunder last year, The Cole Trains have been on a roller coaster.

FLORENCE — Abby Anderson is ready to break into the conscious of country music fans everywhere. The 22-year-old originally from Southlake, Tex…

Scooter Brown Band: just being themselves on stage

FLORENCE — Scott Brown is many things: combat-war veteran, father, husband, guitarist and an award-winning vocalist with a close-knit band of …

Matt Farris happy for a party back home

FLORENCE — For Matt Farris, Country Thunder is a homecoming.

FLORENCE — Restless Heart has gone through multiple incarnations over the last three decades.

Jessa to take the Country Thunder stage for first time

Fans, workers settle in for four days of Country Thunder

FLORENCE — Marian and Kenneth Scott sat beneath a clear blue sky near the Country Thunder Main Stage Thursday waiting for music to begin.