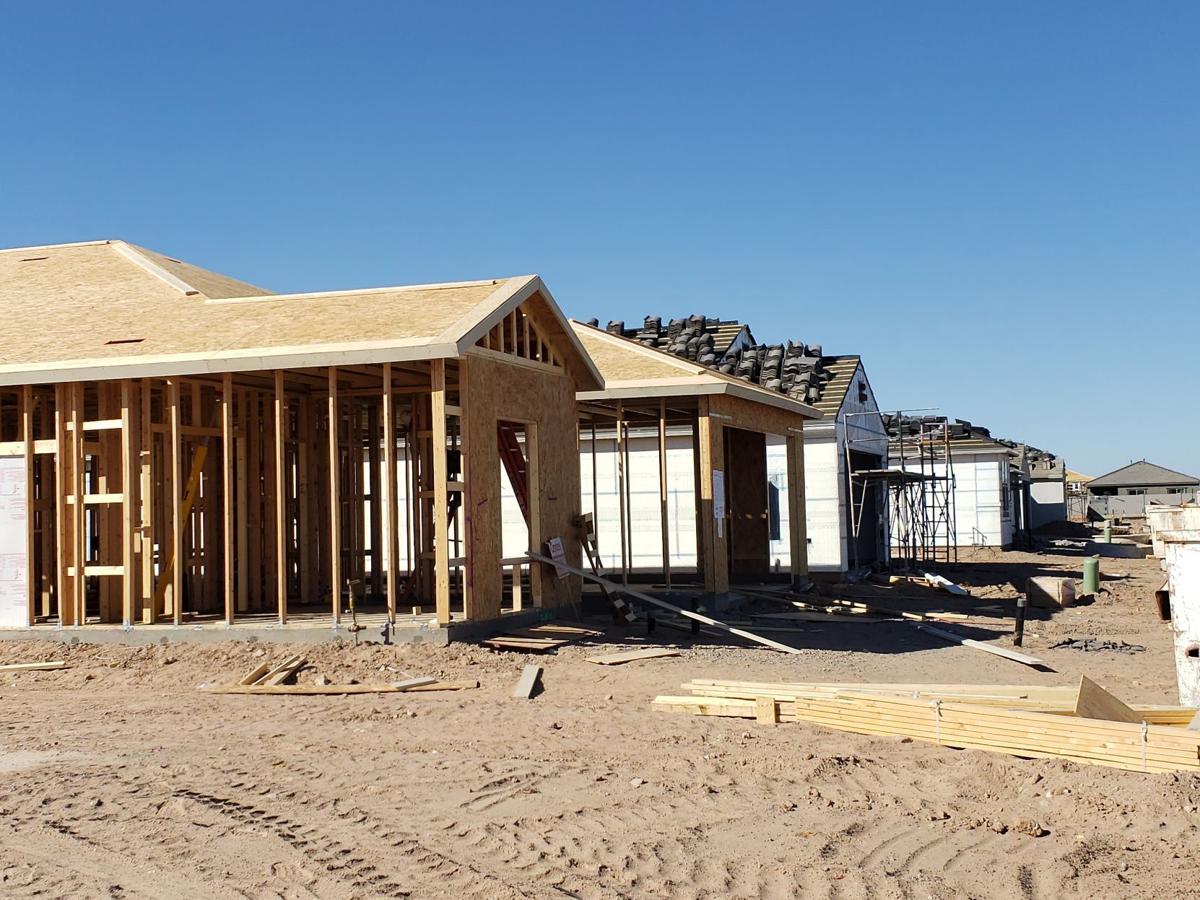 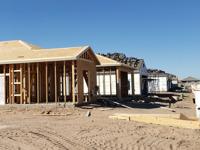 Home start to go up in the Santa Rosa Crossing neighborhood in southern Maricopa. 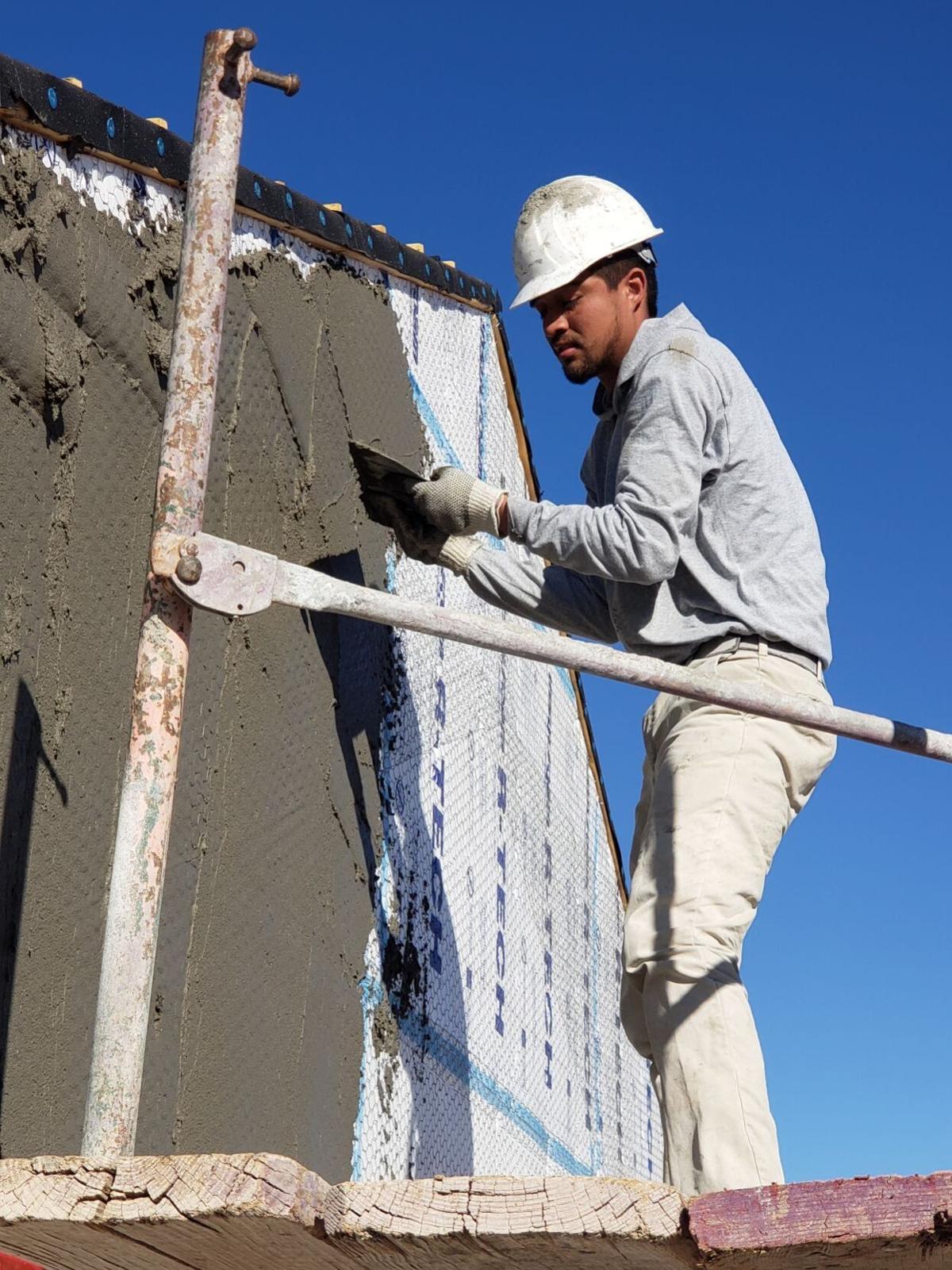 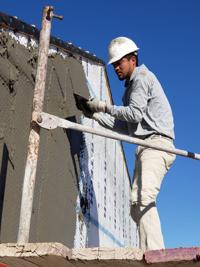 Pedro Cervantes works on a new-build home in the Santa Rosa Crossing neighborhood near Copper Sky.

Home start to go up in the Santa Rosa Crossing neighborhood in southern Maricopa.

Pedro Cervantes works on a new-build home in the Santa Rosa Crossing neighborhood near Copper Sky.

Back in the 1980s, he had the idea for a master-planned community, Rancho El Dorado. He started with the purchase of the 3,000-acre El Dorado Ranch, once owned by John Wayne.

All this for an unincorporated town that — at the time — had fewer than 500 people.

Ingram’s El Dorado Holdings developed other master-planned communities in Maricopa. Other developers followed. Maricopa experienced exponential growth. Its current of population of about 54,000 is more than a 5,000% increase over its population in 2000, according to the Maricopa city website.

People were drawn to Rancho El Dorado by the communitywide amenities. A large lake, The Duke golf course, hiking trails and playgrounds.

Today’s rising prices reflect a hot housing market. The average home sale price in Maricopa is $287,500, a 27% increase over last year, according to Redfin.com.

But Maricopa is still a good deal, Ingram says.

“Even today the land prices in Maricopa are still far below what people would find in areas such as the Southeast Valley, such as Chandler,” Ingram said.

He said new-home buyers won’t necessarily spend less than they would have in Phoenix. They’ll simply get more home for the money. Perhaps a bigger house. Perhaps more upgrades in the kitchen. Marble countertops and the like.

El Dorado Holdings develops the master plan, utilities and communitywide amenities. It brings homebuilders on board for housing.

Like Rancho El Dorado, master-planned communities in Maricopa offer a number of amenities. They might include lakes, hiking trails, green belts, catch-and-release fishing, picnic areas and playgrounds. Many developments tout easy access to State Route 347, for the commute into greater Phoenix.

Some offer community clubhouses. Some are gated.

El Dorado’s next big development in Maricopa is Eagle Shadow on Honeycutt Road. The centerpiece will be a large lake with a catch-and-release fishing dock, according to the Phoenix Business Journal.

Homebuilders now offer greater energy efficiencies, with utility bill savings of up to $1,000 or more a year. Homeowners also can install solar panels. Homeowners associations have a lot of say over what exterior improvements are allowed, but they can’t block installation of solar panels. It’s the law in Arizona.

Ingram suggested a few other trends, driven by technology and homeowners’ preferences.

They include plug-ins for electric vehicles. EVs are a small part of the car market, at the moment. But with the growing popularity of Teslas, Lucid Airs made in Casa Grande and car companies like GM planning to go all-electric, a charging port might be the newest must-have.

Home offices are another trend. No doubt, it’s a trend that got a big boost from a pandemic that forced many to work and Zoom from home.

What’s the next big thing? Perhaps dog baths. They’re a step up from the plastic tub in the yard. They’re indoors and can be pricey. But you never want to go cheap on the pupster.

Another trend in Maricopa is the rise of the rental, Ingram said. The city is no longer just dedicated to the single-family home. Renters are looking to score more for their money as well. Multifamily housing builders are working to accommodate them.

El Dorado Holdings is getting into the rental business as well, in Maricopa as well Queen Creek, Ingram said. Plans for Evr (pronounced Ever) call for single-story one- to three-bedroom detached units and duplexes as part of a gated community, near Banner Health Center in Maricopa.

Here’s my favorite feature. Dogs are allowed and so are dog doors.

“You don’t have anybody above you and have a small backyard,” Ingram said.

Units will have smart technology, with keyless entries and video doorbells and smart thermostats and lighting.

“You kind of manage your home through your phone,” Kenny said.

There’s also the Evr community dog park. After all, dogs are a trend that never go out of fashion.

FLORENCE — Over county staff’s objections, the Pinal County Board of Supervisors granted a rezoning and other approvals on 10 acres for a new …