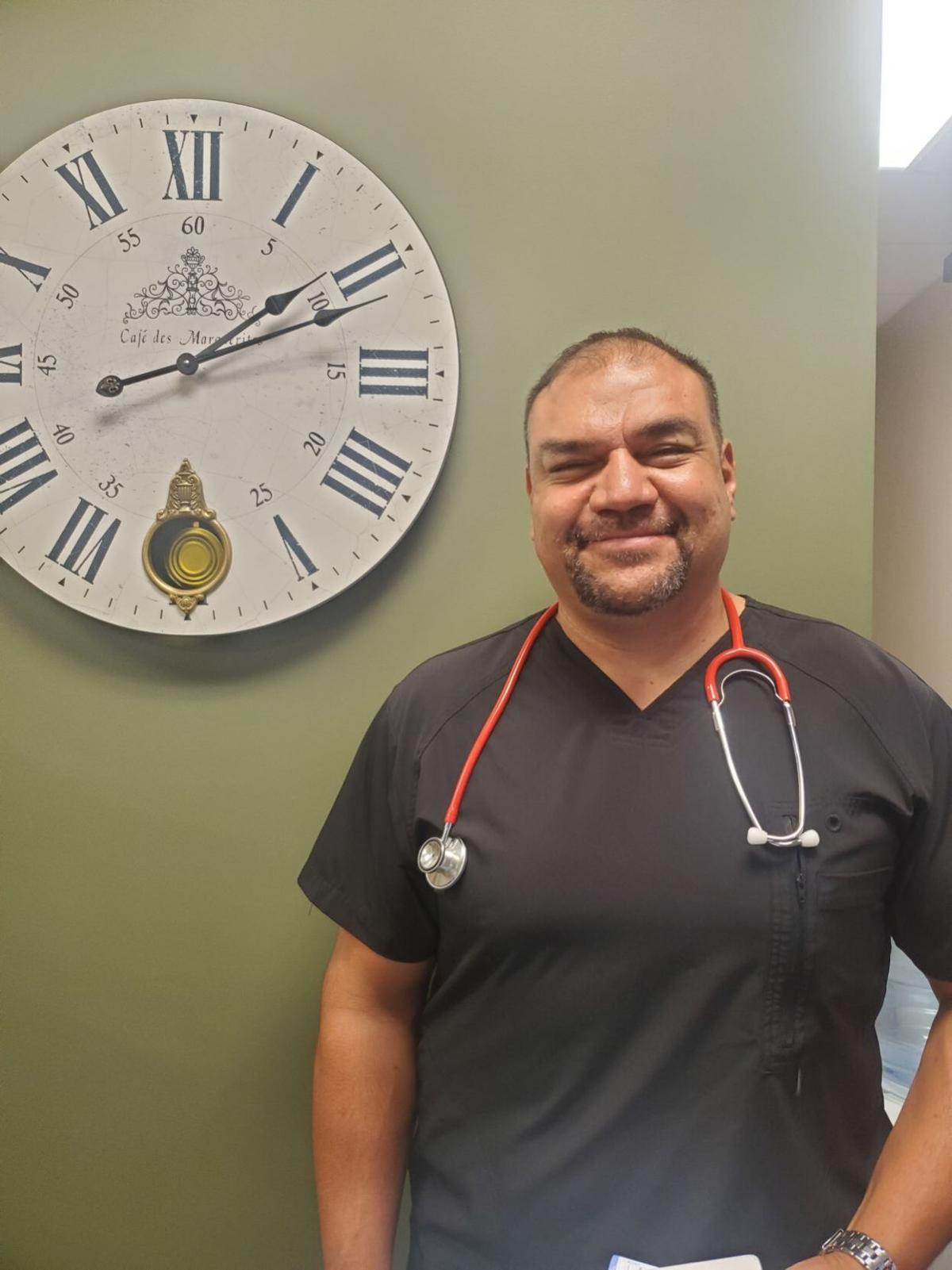 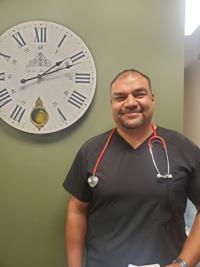 Dr. Daniel Pacheco has specialized in drug addiction and recovery for more than two years at Ahwatukee Health and Recovery. 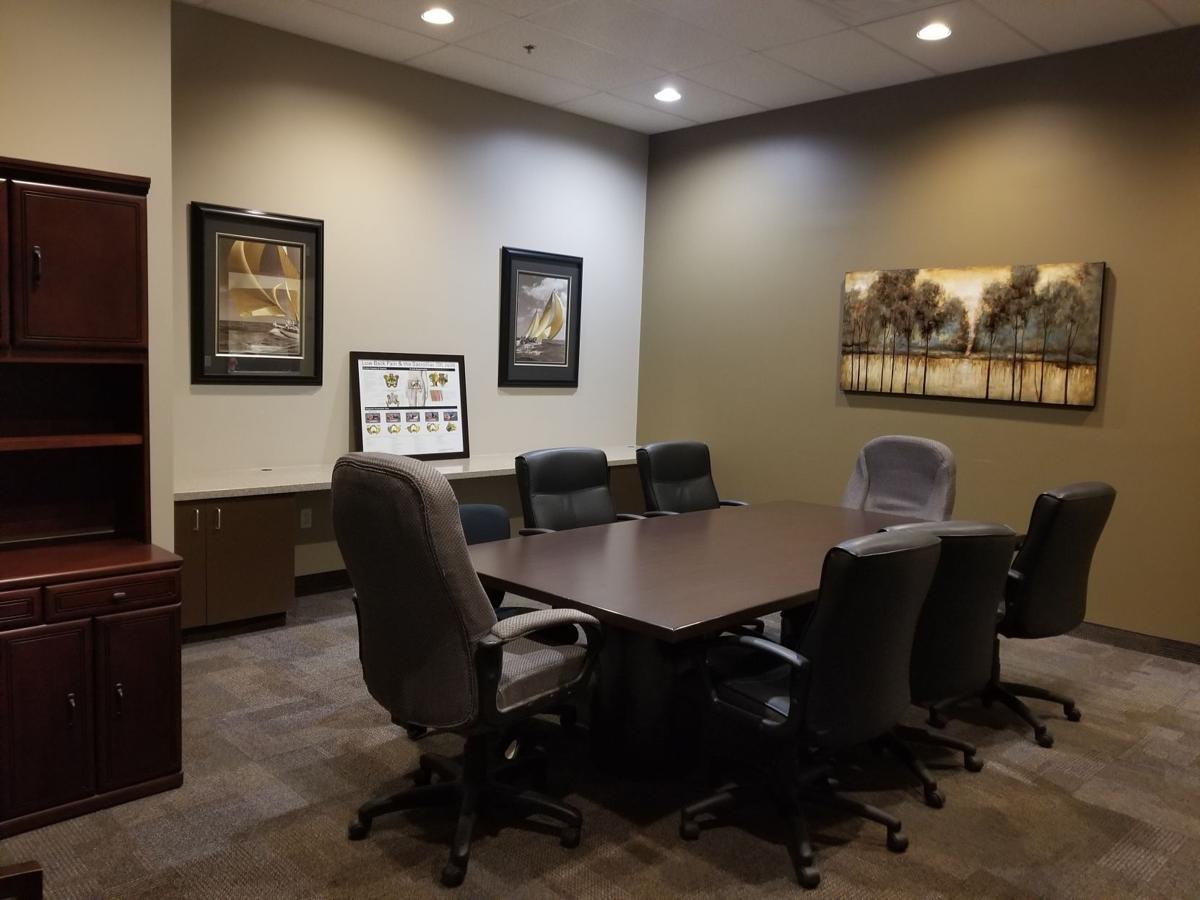 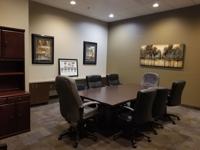 Ahwatukee Health and Recovery specializes in mental health and addiction recover services in a holistic approach that addresses the whole person. 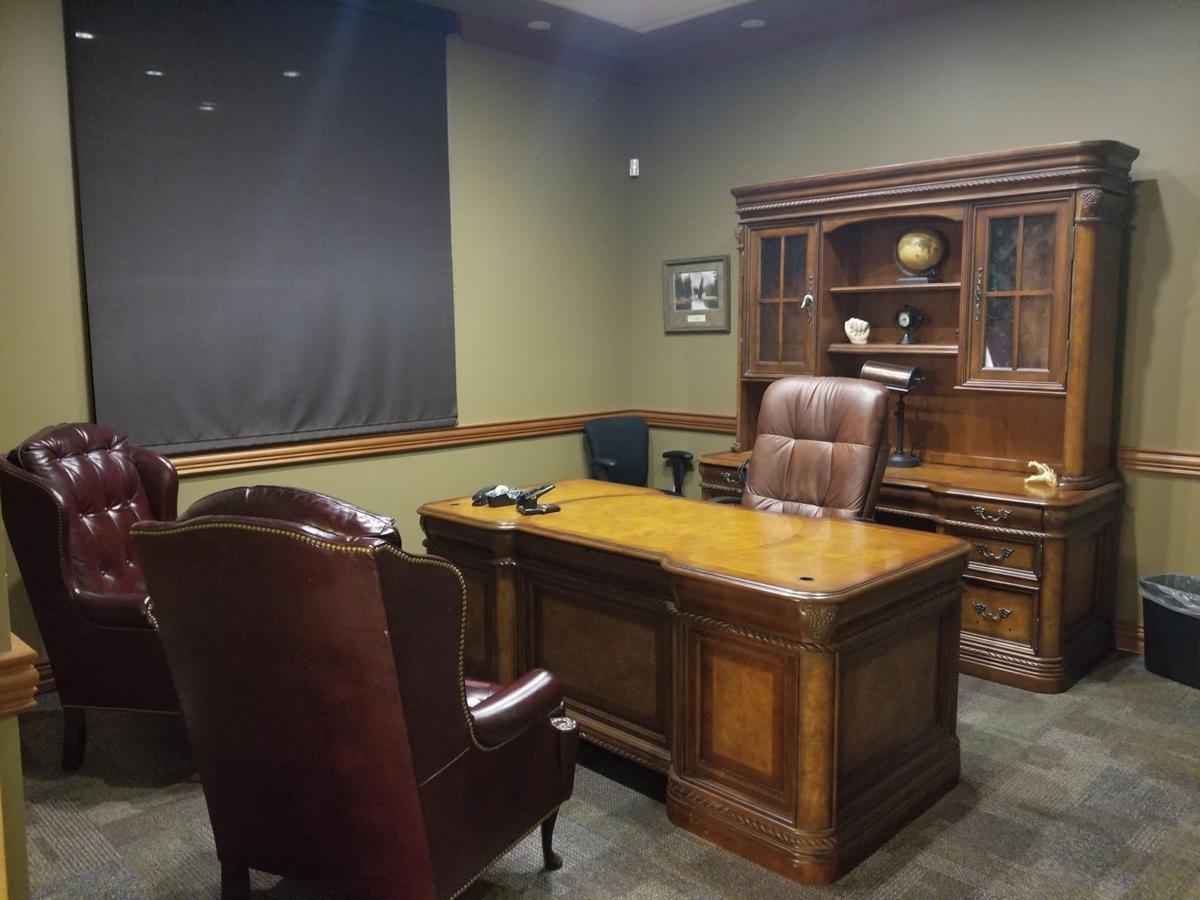 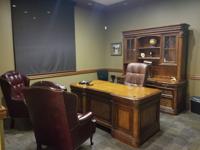 Clients of Ahwatukee Health and Recovery can receive psychiatric treatment and addiction recovery support at the center in addition to an in-house pharmacy. 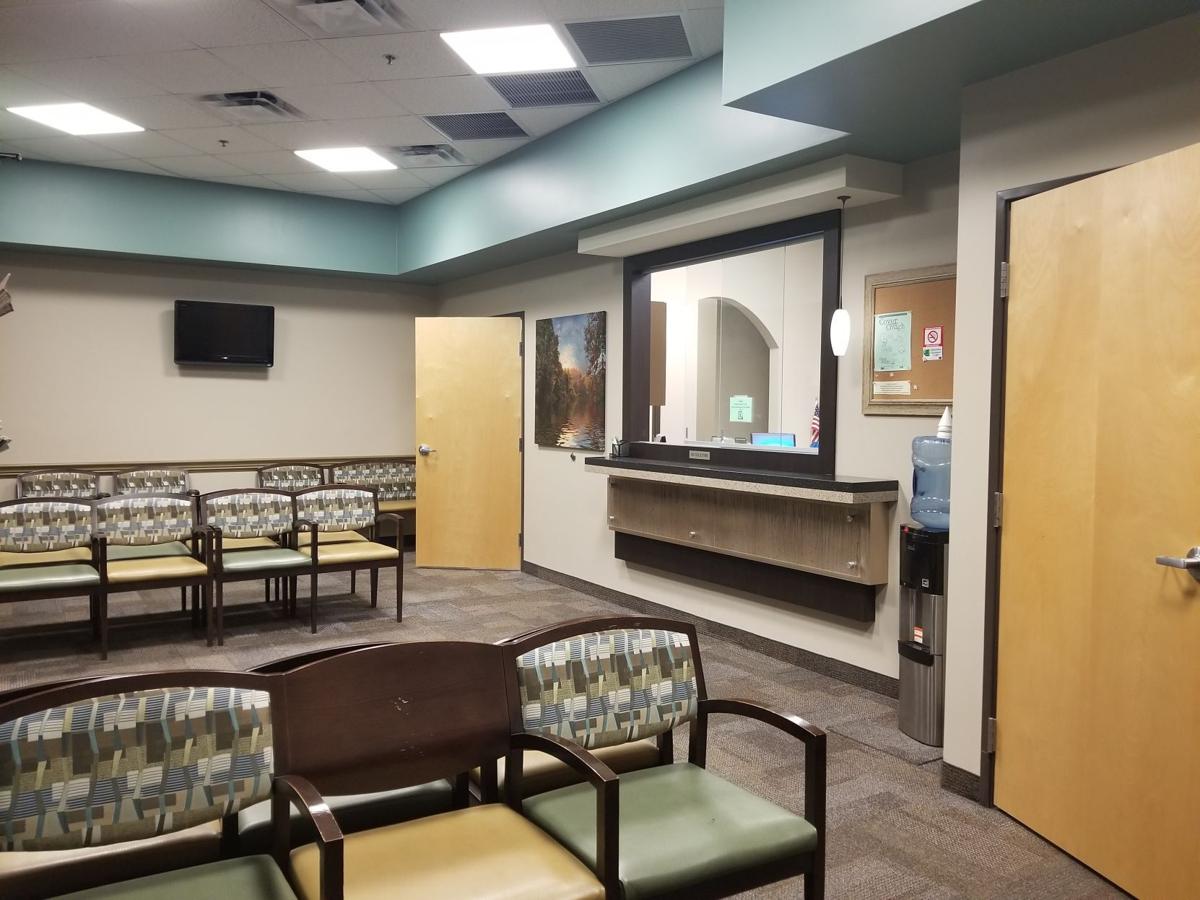 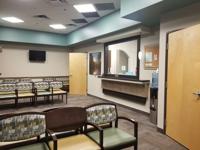 Ahwatukee Health and Recovery has seen a spike in mental health and addiction concerns following the pandemic.

Dr. Daniel Pacheco has specialized in drug addiction and recovery for more than two years at Ahwatukee Health and Recovery.

Ahwatukee Health and Recovery specializes in mental health and addiction recover services in a holistic approach that addresses the whole person.

Clients of Ahwatukee Health and Recovery can receive psychiatric treatment and addiction recovery support at the center in addition to an in-house pharmacy.

Ahwatukee Health and Recovery has seen a spike in mental health and addiction concerns following the pandemic.

MARICOPA — Americans have heard the numbers. Thirty-three million COVID-19 cases in the United States alone, and 600,000 people dead from the virus in the last year. Those 600,000 represent grandparents, community members, church goers, city officials; and they also represent the millions of families who are left behind, altered forever by catastrophic loss.

The pandemic of grief in the last year has wreaked its own kind of havoc on those who have experienced these losses. Even without the loss of family to COVID, many in the pandemic have lost homes, jobs, social connections and — in the process — their stability.

Mental health clinics across the country have seen an uptick in depression, anxiety and suicidal thoughts among Americans in the last year, and a resulting uptick in addiction issues. Ahwatukee Health and Recovery, which has 30% of its clientele from Maricopa, has seen an unprecedented increase in the number of individuals struggling with their mental health and addiction.

The COVID-19 pandemic has been the ultimate stressor, and like the Spanish flu pandemic before it, will likely affect mental health in the decades to come.

“We found that there were people who were not affected mentally, who are now affected,” said Michelle Sarina, office manager for the clinic. “There were things that probably laid dormant back in the day that didn’t affect them too much, but with this extended difficulty and worry, it’s put people off the chart now.”

Ahwatukee Health and Recovery specializes in offering mental health services to people struggling with depression, anxiety and addiction issues by treating the person holistically. In this process, specialists hope to not only address the results of the loss and grief, but provide healing for the underlying issues as well.

According to Psychiatric Family Nurse Practitioner Victoria Sanchez, unpacking the emotions involved in grief, loss and depression can put people on the path to healing.

“Everybody needs help sometimes,” Sanchez said. “Part of mental health is helping to strengthen your ability to deal with things. The pain is the most difficult. Just being able to let someone know, ‘You’re entitled to your pain because something bad really happened’ … and being able to experience your pain is a big part of being able to heal.”

A Boston University study has shown a massive increase in depression and anxiety during and after the pandemic, with scientists calling it a global crisis of mental health. In the United States the number of adults experiencing depression has tripled, with one in four adults now reporting symptoms of depression.

Before the pandemic, the number of American adults struggling with depression sat at 8.5%. That number has now increased to 27.8% of adults, according to Medical News Today.

Experiencing huge emotional upheavals can feel overwhelming to many, and in these moments many turn to substances to help cope.

“Most people with substances are trying not to feel, or trying to feel good,” Sanchez said. “It’s a trap.”

During the first two months of the pandemic and amid the national shut-down orders, altered job and school schedules made for more free time at home. At the same time, online alcohol sales skyrocketed at an increase of 500%.

“Because they’ve been at home, there’s no reason not to,” said AHR provider Daniel Pacheco. “There’s nothing holding them back to normal limits. ‘I gotta wake up early, I gotta drive, I gotta present and look good.’ They’re just at home and a lot of times the workday lends itself to that for someone.”

With increased time at home and many of the traditional services like Alcoholics Anonymous moving online, support systems were less available to people struggling with addiction. And now that life in the United States has returned to a level of normalcy, people struggling with addiction are having to move back to a life that cannot be sustained at their current level.

“As the world starts opening up and then things get better now, are they able to go back to what it was before?” Pacheco said. “Because once you go into some of your addictions, that’s where it’s kind of hard just to pull it back in.”

Pacheco also warned that while the pandemic is slowly dissipating, the opioid epidemic will continue to accelerate.

Over 90% of Pacheco’s clientele uses fentanyl, which is cheap, prevalent and also deadly. The opioid is 50 to 100 times more powerful than morphine and an amount smaller than a pinky nail can kill a non-addict. According to Pacheco, some 81,000 people die of fentanyl overdoses every year. The drug can be used in excess of 40 tablets a day for heavy users.

When clients of AHR are struggling under the weight of addiction, Pacheco’s first and primary goal is to help them move to a healthier state and avoid withdrawal.

“I’m giving them a big Band-Aid to try to get off the stuff that’s going to kill them essentially, or hurt them,” Pacheco said. “I’m trying to get them off that crazy train, as I describe it, so they can at least take pause and say, ‘OK, I’m not having to chase the money, to chase the drugs. I’ve got something that’s gonna keep me from withdrawing.’”

The drug Pacheco prescribes is Suboxone, which helps clients move into a better state of mind for treatment. Many of Pacheco’s clients are chiefly concerned about withdrawal, and Suboxone can prevent that while offering a way out. Pacheco said that many providers do not use Suboxone, opting instead for forced detox, which puts clients’ bodies through tremendous stress.

According to the National Institute of Drug Abuse, severe withdrawal symptoms from fentanyl occur just hours after the last dose and include vomiting, diarrhea, muscle and bone pain, sleep problems, severe cravings and uncontrollable body movements.

“These symptoms can be extremely uncomfortable and are the reason many people find it so difficult to stop taking fentanyl,” NIDA concluded.

Once a client’s immediate needs are met at AHR, Pacheco and Sanchez work together to address underlying causes for drug and alcohol addiction — tools often used for escaping trauma and pain.

“We’re not taught that in school, ‘How am I going to deal with this? How am I going to pick myself up and not try to escape?’” Pacheco said. “It’s so easy to try to escape by overeating, over drinking, over smoking, using drugs or pouring myself into work. There’s always something we do that might try to make us feel better, but it’s really just not dealing with the issue.”

In the U.S., there is also a pervasive culture of shame surrounding addiction, which can often prevent people struggling from reaching out at all.

“Nobody wants to be ‘an addict,’” Pacheco said. “There’s so much shame and guilt, and a lot of it is almost self-punishment. Some people come from a background where they suffered some type of abuse or a difficult home environment. As they get older, they recreate the hurt.”

Despite the proven underlying mental health concerns in many cases of addiction, many treatment centers address addiction through the eyes of blaming and shaming an individual struggling with addiction. However, Pacheco and the team of providers at AMR take an opposite and more holistic approach.

Staff at the center work with their clientele to help them get better and see another opportunity to regain their life.

“We see the person as a person, and we’re really trying to make their lives better, because it benefits all of us, right?” Pacheco said. “It benefits readmission rates in the hospital, it benefits society, and it benefits all the offspring or loved ones of that individual.”

There is no one the center will turn away for addiction needs.

“We’ll take pregnant women, because the way I see it, everybody deserves a chance,” Pacheco said. “I don’t know about other places, and I’ve been to similar places, but I think here we have a bit more personal touch.”

In addition to addiction and psychiatric care, Ahwatukee Health and Recovery has its own pharmacy. They saw a need for this after their clients reported a culture of shame at some of the area pharmacies where people struggling with addiction pick up their withdrawal medications like Suboxone.

“Some pharmacists say, ‘Well, we don’t want that kind of people in here,’ and those are the same ones that were giving all the Percocet, Dilaudid, Xanax, Lorazepam at the CVS, ‘no problem, here you go,’” Pacheco said. “Now they’re trying to get off and all of a sudden there’s that social connotation of a junkie or an addict — instead of, it’s just treatment.”

AHR opted for a private pharmacy for this reason. In-house pharmacist Chelsea Jarboe works for Cordant Health Solutions and provides medications both at the AHR center and through next-day home delivery for telehealth visits. She has heard firsthand from clients about their experiences at other pharmacies.

“The pharmacists can often be rude, or they purposely don’t keep enough medication in stock,” Jarboe said. “It rubs me the wrong way that pain pills are handed out like Skittles. No one questions a pain pill, but they question the Suboxone. To me, that just doesn’t make sense — we are in an opioid crisis.”

These issues can become a barrier for treatment and can lead to people choosing to go back to a substance that is easier to obtain. Overall, Jarboe feels that her role as a pharmacist is to support the patient in their journey to recovery.

Loved ones and family members of a person struggling with depression may notice subtle changes in their eating and sleeping patterns, loss of interest in regular activities and distancing themselves from family and friends.

According to Pacheco, addiction warning signs start with one giveaway: hiding behavior.

“Things out of character — they’re in the bathroom longer than usual, you notice that they’re coming in late to work or late from work, or there’s missing gaps in time or money,” Pacheco said. “Mood instability, they’re more quick to get angry, or quick to isolate.”

If you or a loved one is experiencing symptoms of depression, or are struggling with an addiction, you are encouraged to reach out to available resources including calling lifeline at 800-273-8255 or seeking help at a center.