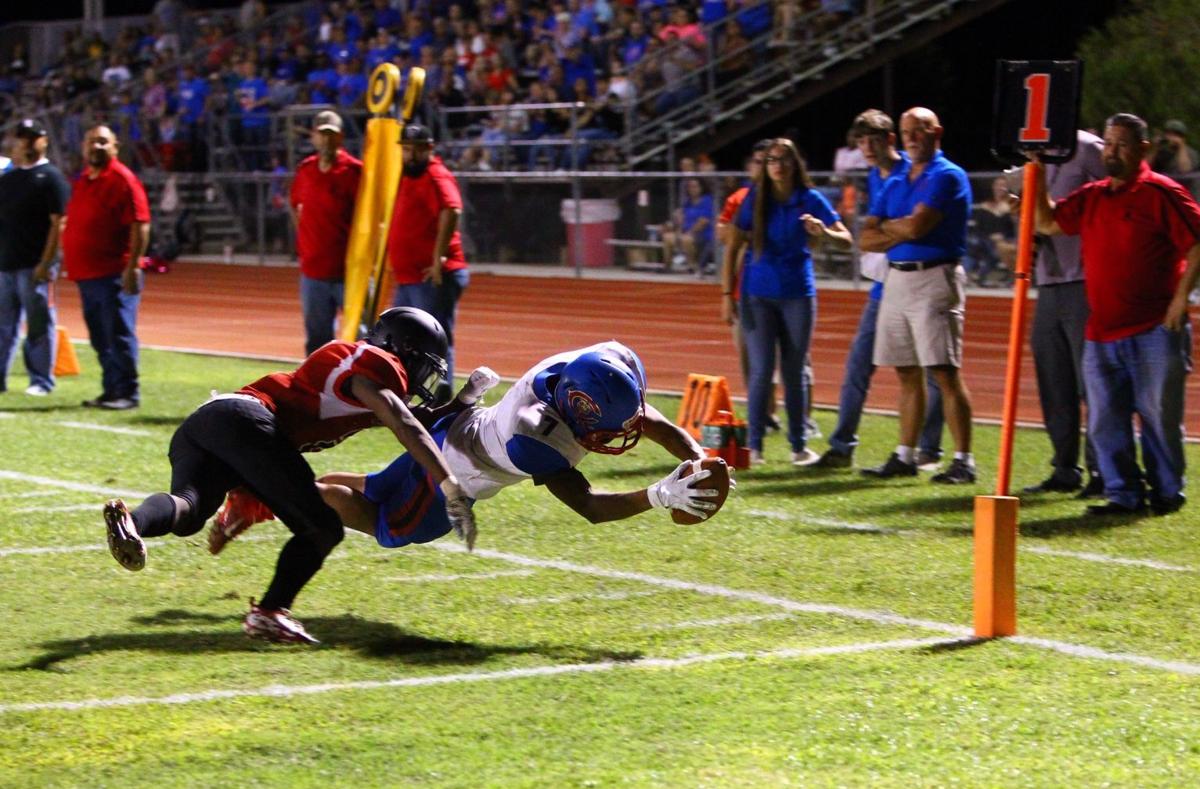 Coolidge running back Greg Rodriguez dives for the go-ahead touchdown against Florence on Oct. 4, 2019, in Florence. 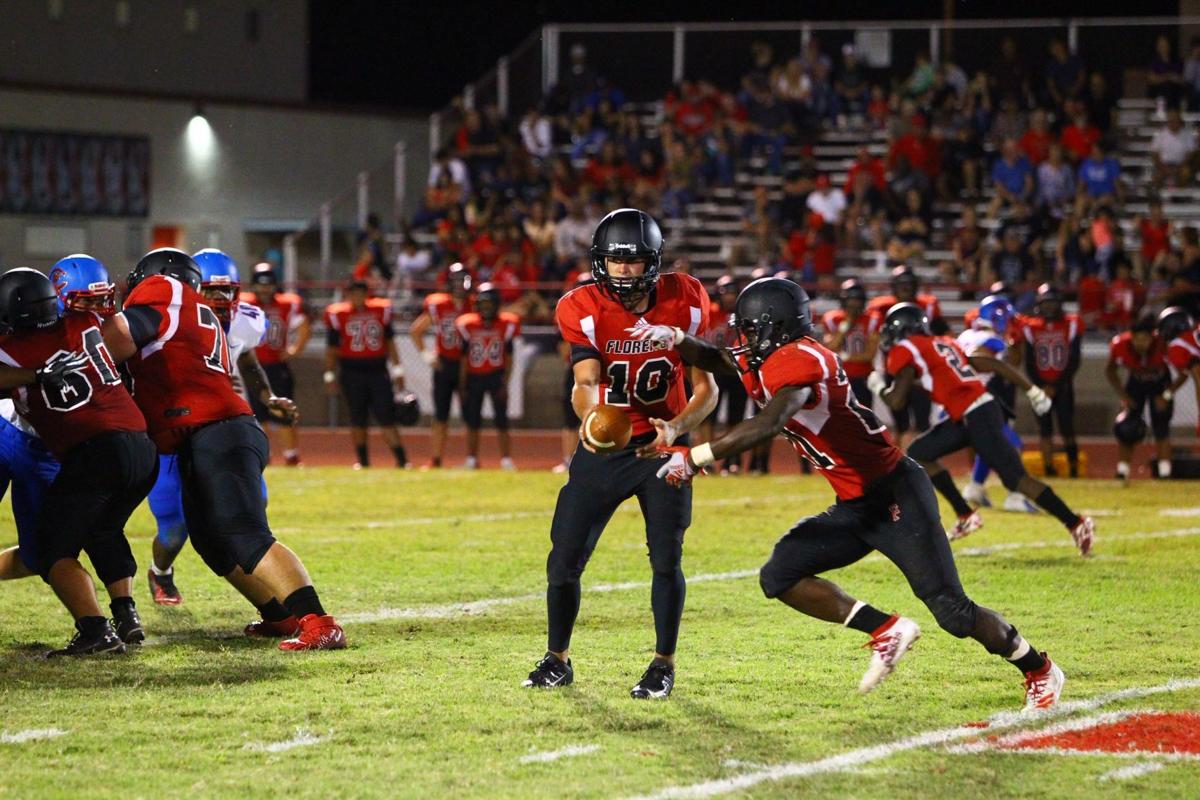 Florence quarterback Christopher Walter hands the ball off to running back Joshua Maignan against Coolidge on Oct. 4, 2019, in Florence.

Coolidge running back Greg Rodriguez dives for the go-ahead touchdown against Florence on Oct. 4, 2019, in Florence.

Florence quarterback Christopher Walter hands the ball off to running back Joshua Maignan against Coolidge on Oct. 4, 2019, in Florence.

COOLIDGE — It might have come later than normal, but the Pinal County high school football season is wasting no time getting to the big games.

In an occasion usually reserved for near the end of the year, Coolidge and Florence are kicking off their seven-game seasons against each other Friday. As if the players weren’t excited enough following months of being stuck at home, a chance to beat their neighbors is causing much anticipation in both locker rooms.

“Everybody is excited to get back to it after the ups and downs of the summer,” said Florence coach Scott Howard. “We’re not taking it for granted.”

While there won’t be nearly as many fans as usual for this game, the stakes will of course be as high as ever since there are only seven games, and each one will have even greater impact on postseason hopes.

Florence knows all about near misses. After a slow start to their 2019 campaign, the Gophers rallied to win their final three games, including against top-ranked American Leadership Academy-Queen Creek. It was enough to get them the 17th ranking in the 3A conference, but only 16 teams make the playoffs.

A win against Coolidge would have gotten the job done, but the Bears made sure that didn’t happen. They pulled away from Florence throughout the second half to win 34-21 — the first time they defeated their rivals in five years.

Coolidge won that game by doing what they do best, and that’s running the ball all over the field. The Bears had 294 total rushing yards, led by Greg Rodriguez’s 166 yards and two touchdowns. Rodriguez will be back for more this year, along with junior Comar Jeffries, whose season took off shortly after last year’s game.

“Having Greg and Comar back there is a very good 1-2 punch,” said Coolidge coach Rodger Schenks. “Greg is such a good athlete, we can put him anywhere on the field and make the defense adjust.”

As of Wednesday, Schenks still hadn’t selected a starting quarterback between contenders Connor Ferguson and Jacob Gunter. The two, he said, are still neck-and-neck and offering different skills to the position. He said there will be one quarterback come Friday, but the rest of the team won’t be affected either way.

As for Florence, 262 of their 300 total yards on offense against Coolidge came from Joshua Maignan, who has since graduated. More of the offense will be placed on the shoulders of third-year starting quarterback Christopher Walter, along with their returning linemen and wide receivers.

Trying to fill Maignan’s big shoes in the backfield will be Josh McEvoy, Devante Neal and Joshua Bailey.

The Gophers also need to make up for the hole on defense left by Regen Terry, who signed with the University of Arizona. But Howard believes he has enough strong athletes coming back, led by Isaac Sandoval.

“Those kids have worked so hard to become bigger, faster and stronger,” Howard said. “We’ll be more explosive. We know we have to stop the run, that’s what they like to do. I thought we did some good things against them last year — it’s just that coming off a couple bad losses, things kind of came apart late.”

Even though the two teams are in separate regions this year after a late change by the Arizona Interscholastic Association put Florence in the 3A South, the coaches expect everyone to come out playing like it’s the biggest game on Earth.

“I think our kids can find a dirt field with trees 100 yards apart and we’d be fine,” Schenks said.