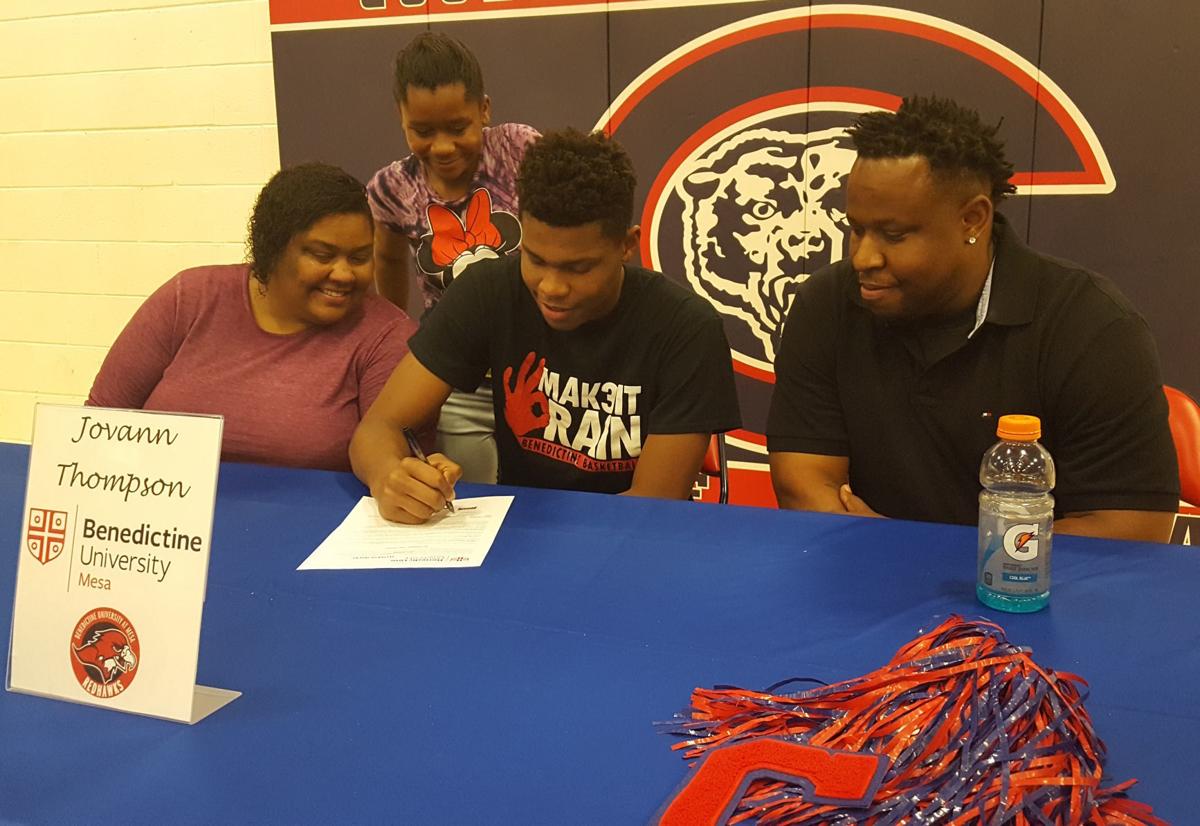 Coolidge High School basketball player Jovann Thompson signs to play basketball at Benedictine University in Mesa on Thursday during a ceremony held at the Roundhouse. Surrounding him from left are mother Treness, sister Jaylene and father Larry. 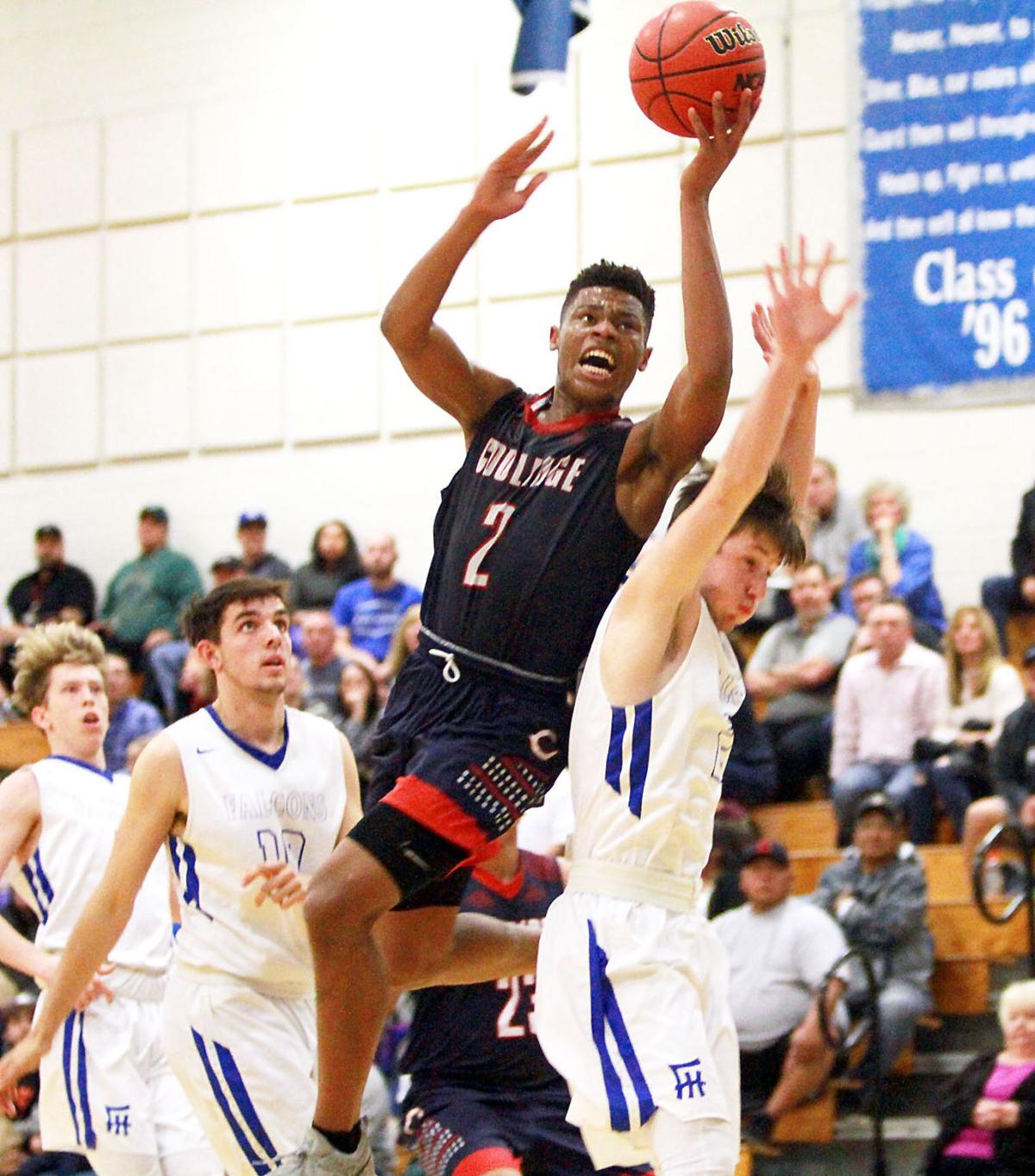 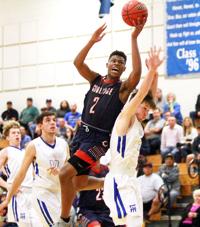 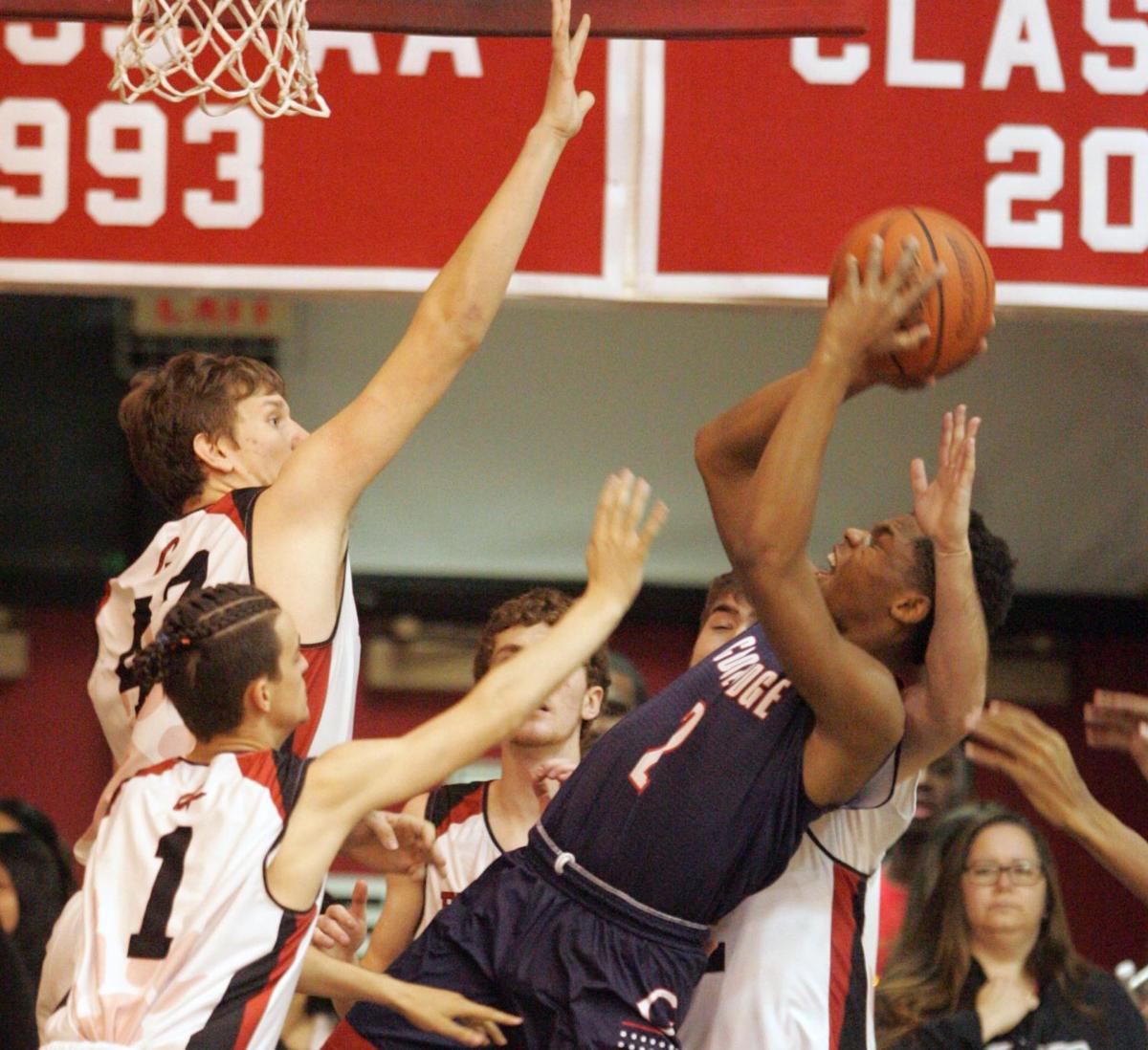 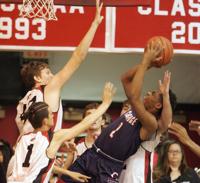 Coolidge High School basketball player Jovann Thompson signs to play basketball at Benedictine University in Mesa on Thursday during a ceremony held at the Roundhouse. Surrounding him from left are mother Treness, sister Jaylene and father Larry.

COOLIDGE -- As Coolidge boys basketball saw a resurgence in recent years, it was Jovann Thompson who was front and center, leading his team to the playoffs in consecutive years.

Ask his coaches and family what made Thompson stand out, what made him excel on the basketball court, and they won’t tell you it’s natural talent that he rode through high school. The first thing they all think of is his work ethic.

“He came in a very raw player, and he is where he is because he worked extremely hard before school, during school and after school, spending late nights in the gym,” said his head coach, Chris Leman. “He made a lot of sacrifices in his personal life to chase his goals.”

All that hard work paid off for Thompson on Thursday, when he signed a letter to play basketball at Benedictine University in Mesa. Surrounded by his family and teammates, it was all smiles at the Roundhouse as the Bears recognized one of their own who is off to bigger and better things.

“After all those years where we started working out and getting him where he needs to be, I’m very happy,” said his father, Larry Thompson. “I realized (this could get him into college) when I saw how hard he was working. I told him the sky is the limit.”

Thompson said Benedictine started contacting him about joining their program last summer, but their recruiting pitch really picked up as he wrapped up his stellar senior season. After visiting the campus, his father liked the small-school feel and family values that were present on that campus, while Thompson felt welcomed and was attracted to the style of play the basketball team used.

He said he was told by coaches at Benedictine he could be a big part of the team, but he knows he has to go there and prove himself before he gets a big role. That being said, his aggressiveness and effort level appeared to have made an impression on the school.

“I went out to go see them play a game,” Thompson said. “They’re long and athletic, and I feel like I’d fit in well in their system.”

Thompson said he will look back on his time in Coolidge fondly, having seen himself improve as a player and a person over his high school career.

“I went through a long four-year journey here,” Thompson said. “I improved every year, and I had a chance to play my game the right way, and they really let me have the freedom to do what I want.”

Thompson is leaving behind a blueprint that his coach said is going to inspire the younger players to pursue greatness and put in the work necessary to make sure they follow their dreams.

“He never had grade issues, he never had behavior issues,” Leman said. “He set his goals high, and he went out and worked every day to achieve those goals. I think he’s a great example for the younger kids to look up to and say, ‘OK, that’s how it’s done.’”

COOLIDGE — On the wall of Jovann Thompson’s office are a series of graphs that would be unintelligible for most people. Lines go every which w…