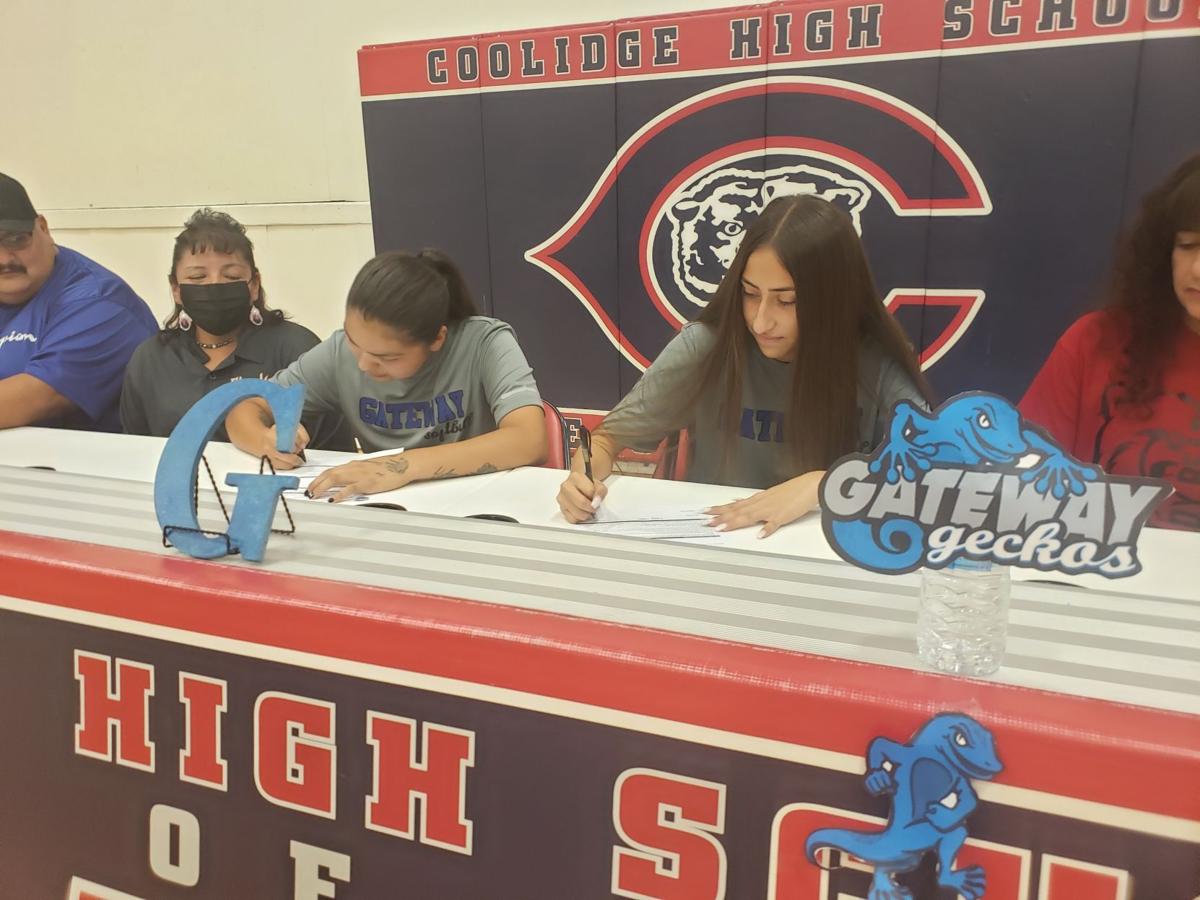 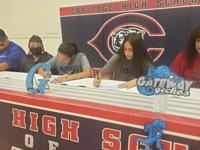 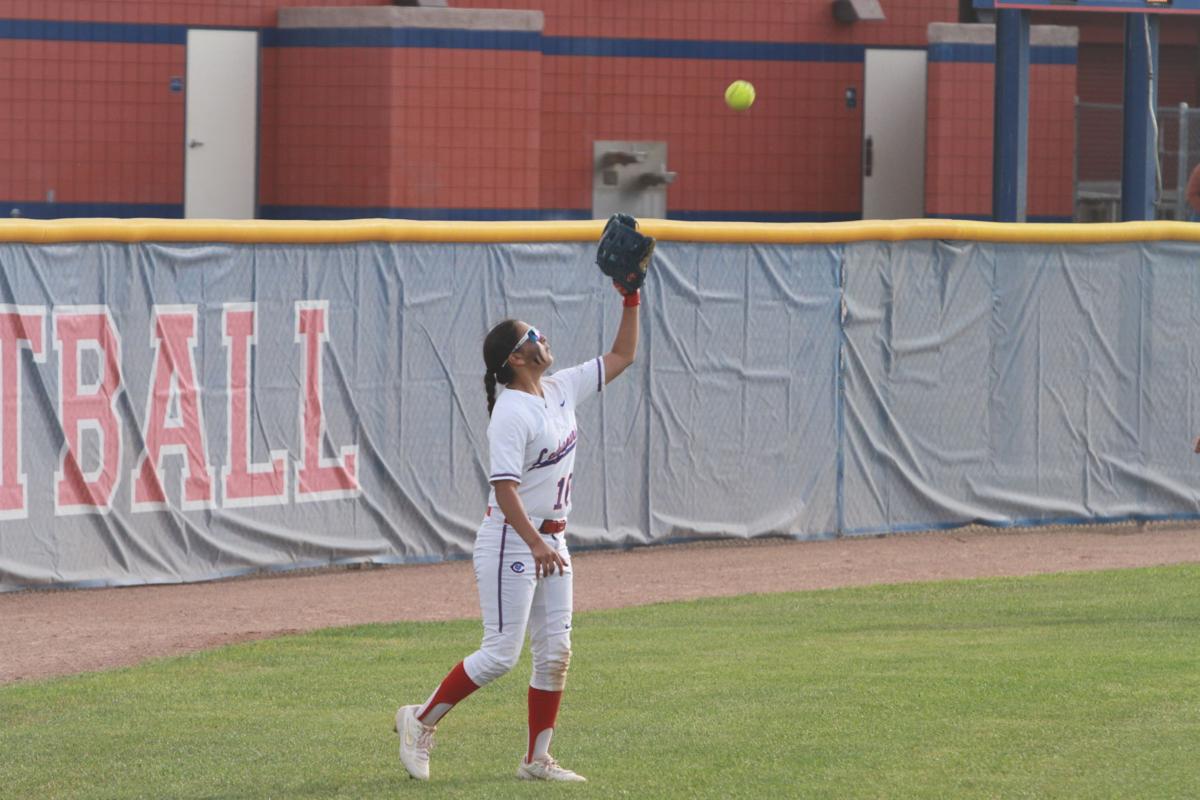 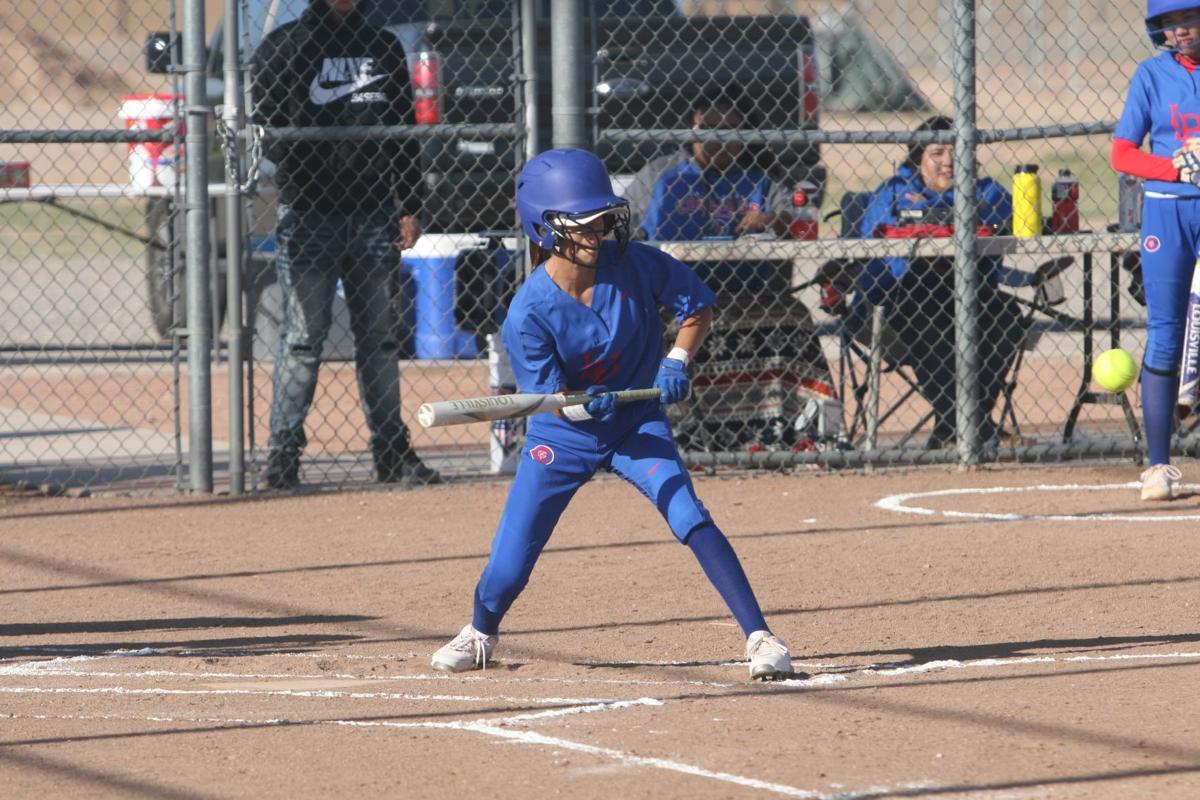 As she did regularly on Friday, Coolidge right fielder Kinsey Garcia put the ball on the ground to get on base and start a rally against Tucson Catalina.

As she did regularly on Friday, Coolidge right fielder Kinsey Garcia put the ball on the ground to get on base and start a rally against Tucson Catalina.

COOLIDGE — While two members of the Coolidge softball team are off to their next adventure, they will at least take their journey together.

Garcia and Fahnholz both expressed excitement at having a teammate with them as they make the big life move to college. They plan to be roommates on campus.

“It feels like we’re ready to start a new life, to go out on an adventure and start something new with another team,” Garcia said. “There will be new friends, and a whole new beginning.”

Fahnholz’s signing was an even more special occasion, as she is believed to be the first Coolidge High School softball player from the Gila River Indian Community to sign to play at the college level, said coach Dan Aleman.

“I guess I’m giving little girls who are playing softball in my community right now some hope — not even just hope, but the idea that they can make it,” she said, noting there are plenty of people telling girls what they can’t do. “I like that I proved them wrong.”

Fahnholz started the season at catcher, but an injury to her glove arm forced her to move to center field after just a few games. She held her own in that tough position, committing only three errors all year. She showed impressive plate discipline, finishing the season with a .511 on-base percentage.

“I think (GateWay) really liked my stats, but I also gave it 100% all the time,” Fahnholz said.

Heading into this school year, Garcia didn’t know what sport she wanted to pursue in college. She had received plenty of interest to join cross country teams, and she also considered just going to ASU for academics, as she wants to study physical therapy. But after a successful senior year on the softball diamond, she received an offer from GateWay and figured she’d give it a go.

Garcia hit .432 this season, a significant improvement over her sophomore campaign when she hit just .241. She credited the support of her teammates for that success, and said she’ll always remember the time spent with them.

“I’ll just remember all the long games and memories of them as individuals and personalities,” she said. “Those are unforgettable memories.”