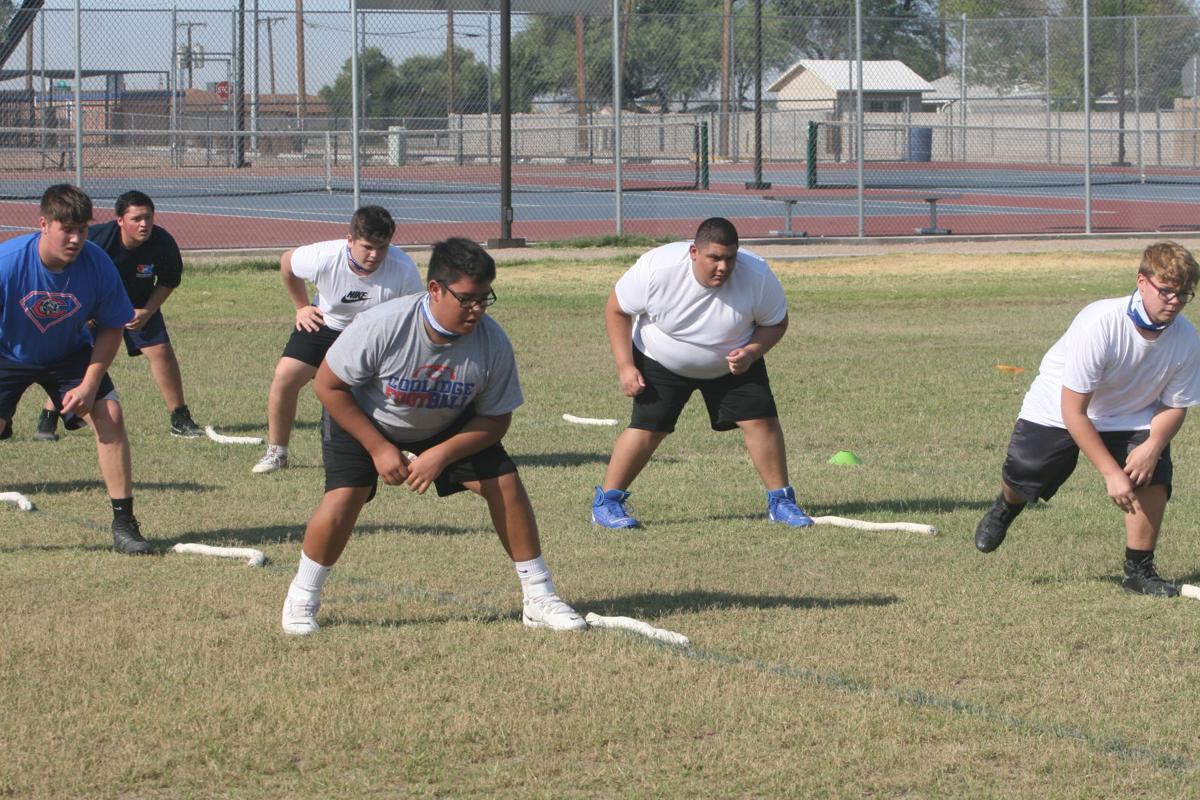 The Coolidge High School football team goes through drills during a practice Monday at the school. 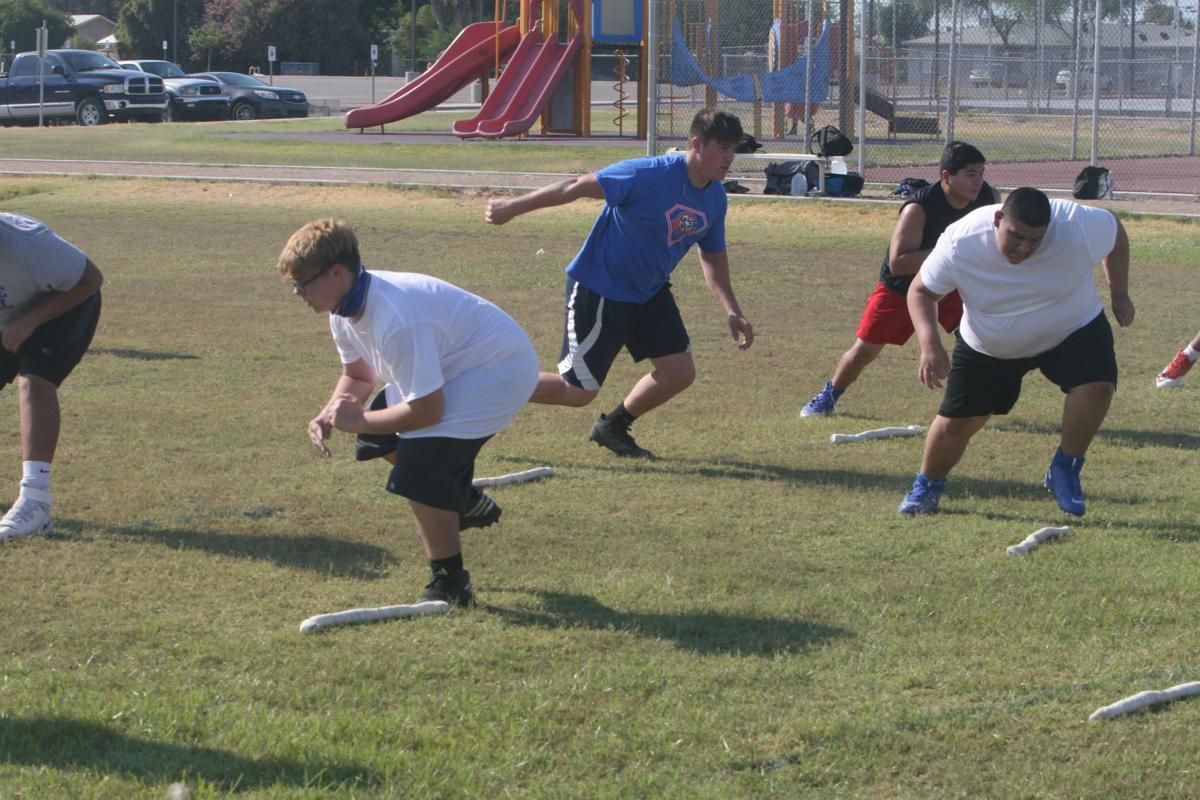 The Coolidge High School football team goes through drills during a practice Monday at the school.

COOLIDGE — The Bears football team is back on the field, though there is something notable missing from the practice field: footballs.

Coolidge coach Rodger Schenks has been working with district and Coolidge High School administrators to figure out how to hold practice while following state guidelines. The result is a bunch of mini-sessions as opposed to one large practice, with small groups training together. Linemen practice on Mondays and Wednesdays, and skill players on Tuesdays and Thursdays. And even then, they’re split by grade level and last name.

At the beginning of each session, Schenks asks the players if they’re experiencing a series of symptoms, then checks their temperature. They take regular water breaks, but it’s with water each player brought on their own. And at all times, the players keep their distance from each other.

“It’s just something new and you have to adapt,” Schenks said. “If you’re a teacher in the classroom you have to adapt, and it’s the same thing here. When you’re involved in education, things can be different every year.”

All the players, no matter their position, are working on technique while Coolidge remains in Phase 1 of its restart. They’re not allowed to share anything, and that includes a football. So there is a lot of footwork and mentality, and less on schemes. Schenks hopes they’ll be able to introduce the football soon and get larger groups together.

But Schenks doesn’t actually mind how this has played out, since he wants all his players to be technically sound anyway. He said there is a lot of experience on the team, so getting schematics down isn’t as much of a concern. He doesn’t feel like the team is behind at all. What’s more, months of being stuck at home has appeared to get the players more excited to get out there and work.

“We’ve got a lot of kids out here, and that’s exciting,” Schenks said. “We’re breaking things down with fundamentals.”

One thing that could cause a problem is Coolidge having a new quarterback, and everyone not being able to get comfortable with whoever that might be. But Schenks said everyone has stayed in touch through Zoom meetings, and stayed in shape throughout the whole process.

No matter what happens, Schenks said the Bears will be following guidelines 100%, because he doesn’t want to put the future season at risk.

“Outside of us, you see everything on Twitter and social media, and guys doing different things, but you know, those are probably gonna be the first programs that will be shut down because they’re not following the phases,” he said. “We’re doing a good job with it, so we’re just gonna keep working and taking care of business.”