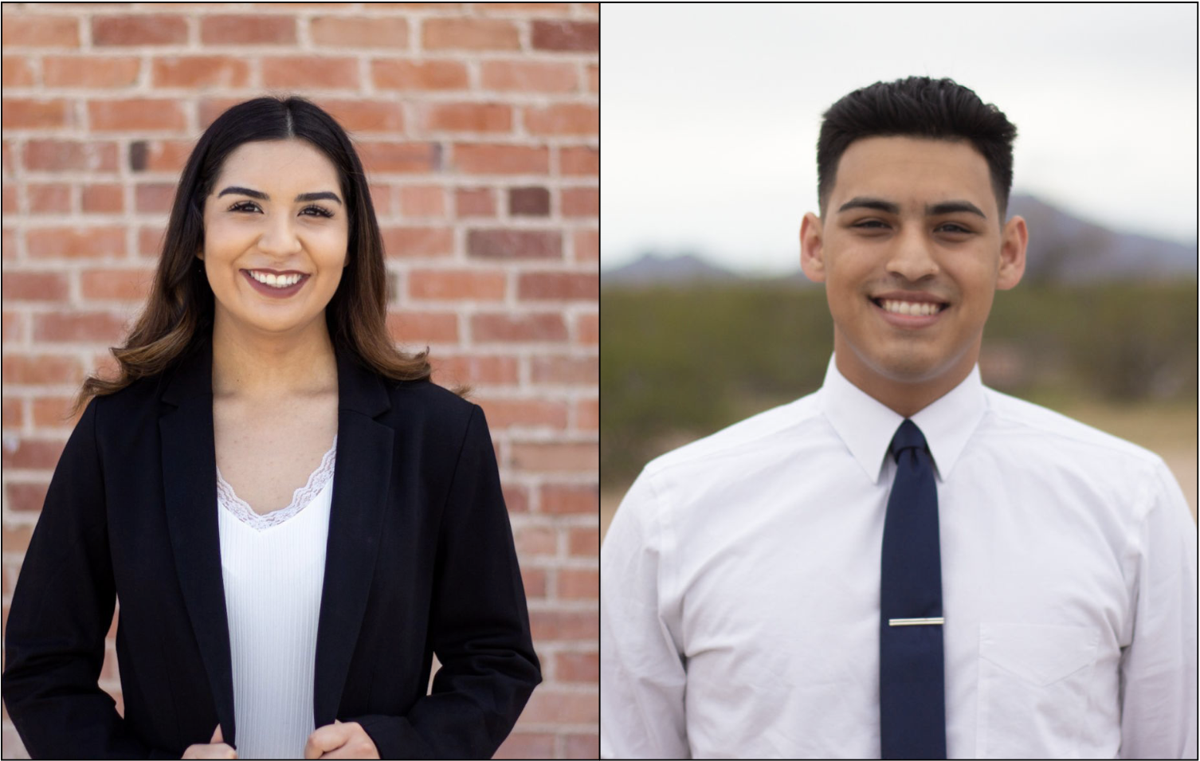 Diana Guerrero, left, and Eric Daniels are getting an early start on being community leaders in Coolidge. 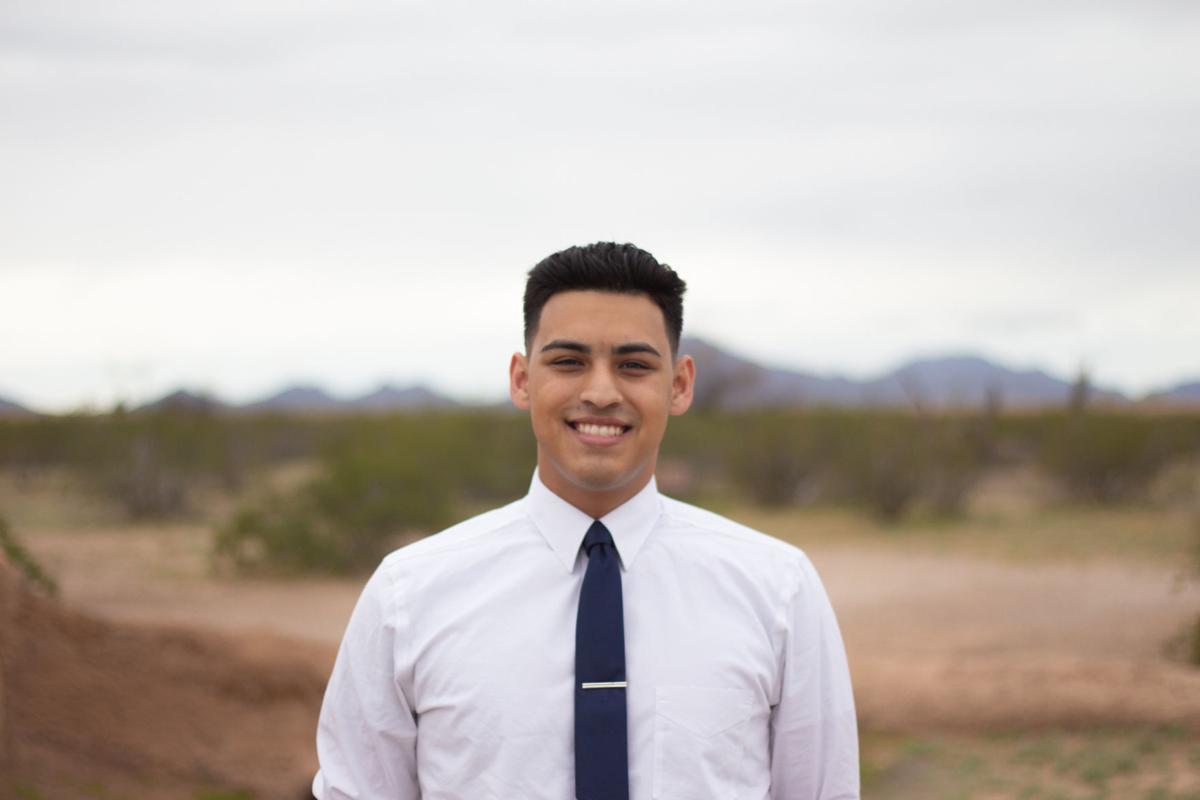 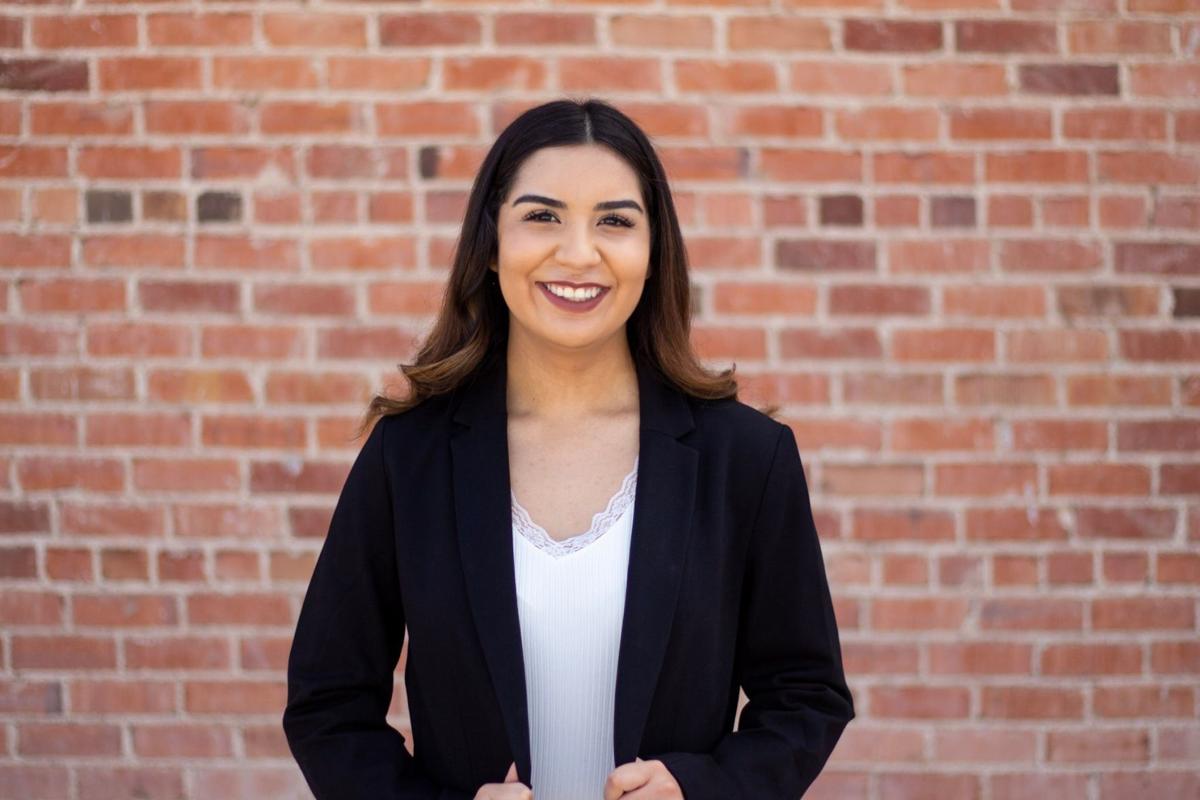 Diana Guerrero, left, and Eric Daniels are getting an early start on being community leaders in Coolidge.

COOLIDGE — A couple of almost 20-year-old Coolidge residents are experiencing the year of their young lives in 2020 and soon will be making some very mature decisions affecting and shaping their community.

Eric Daniels was elected Aug. 4 and will become Coolidge’s youngest city councilman and the state’s youngest active elected official when he is sworn in Nov. 23, although his first meeting as a voting councilman will occur on Dec. 14.

Then for the Coolidge Unified School District, Diana Guerrero is likely to join the Governing Board at the Jan. 13 induction ceremony. She is one of three candidates running for three seats in the Nov. 3 election, after Adriana Saavedra told PinalCentral she was no longer interested. Guerrero is also the only candidate who is not a write-in.

Both teens attended kindergarten through high school in Coolidge, graduated in 2019, are college students while also working part time, and each turns 20 years old next month — Guerrero on Nov. 29 and Daniels the following day. Each was a high achiever at CHS, participated in student council and served on the Coolidge Youth Council. Each also had aspirations of post-high school public service that will become realities in the coming weeks and months.

Longtime Coolidge resident Tom Shope, who has the trifecta of being a former mayor, city councilman and school board member, offered some perspective as to what the newcomers can offer as public servants, what they should expect and what the community should expect from them.

“Is a new direction needed? It’s always nice to see fresh thoughts and all that, and I’m saying that as having my son as being one of those who’s been there for a while,” said Shope, whose son T.J. is stepping away from school board service. “Does there need to be a new direction? I’m not so sure of that, but it doesn’t hurt to have fresh blood in there looking at things with a different eye.

“I only wonder if they can handle the criticism. I had trouble with that when I was young, but it matures you also. When you try to please everyone you can’t please everyone. You just have to make the best decisions that you can with all the information available to you,” said Shope, who served on the school board at a tender 23 years of age. “You still have people on you and you have to learn how to let that slide off your shoulders and go on to the next issue.”

Guerrero and Daniels exude confidence and encourage that type of public input. Each also wants to incorporate younger generations as part of his and her objectives as elected officials.

“I feel like Coolidge needs a young voice on the board to make decisions now with the whole pandemic and stuff like that,” Guerrero said. “We’re headed more towards technology, and I feel like it’s better for me to understand situations like that just because I am a student myself, so I can definitely use my voice to make decisions in that way.”

She also believes Coolidge students in recent years have not received enough positive reinforcement for their achievements and vows to work on programs that will lift their confidence because of academic excellence.

“I also want to give the students more recognition because I feel like Coolidge has kind of shifted away from giving recognition to certain students. We don’t do educational programs as much as we used to when I was growing up. I feel like in a small town it’s much more easier to give recognition for those students, just like award ceremonies, because I feel like if we give them award ceremonies for like perfect attendance, honor rolls or stuff like that, they’ll definitely be more motivated to do those things. The high school has done scholarship nights and they should get honor roll programs and stuff like that as well,” Guerrero said.

Daniels said one goal in running for council was to create a youth movement in local politics, which he admits is still a foresight long into the future, but he has communicated with several peers and others in his age group.

“Since election night it’s been a whirlwind of people being inspired, and that was sort of my goal, to inspire other people that look like me, that are the same age as me, that they can do the same stuff as well,” he said. “Just on Twitter (Sept. 29) I posted something that I wanted more people to run for office, and I had at least five people reach out to me wanting to know how they could run for office in their areas. I had a person in Casa Grande ask me about more information. I think 2020 was a very historic year not only for Coolidge but for Pinal County because now I am Arizona’s youngest elected official. In 2022, we will see that growth of young people and people of color actually step up and run for office and not be so scared of what it means to be an elected official. That’s something I feel like I inspired, but it’s really fun to be part of as well.”

In fact, one of the candidates Daniels counseled was a 2019 high school classmate — Guerrero.

“It’s good that the youth is stepping up now because eventually they will be,” Guerrero said. “It’s good that they’re starting off now. It’s not a shocker. I mean Eric Daniels, city councilman at a young age, I feel is a great, great thing to do because the youth is stepping up, being responsible, taking these mature stances and being that image for the younger people.”

Shope is projecting that by the next election or beyond more youths could be running for office, or at the least, respecting the political process and valuing their constitutional rights by voting.

“That age group historically has not voted,” the former mayor said. “Maybe this will spark that age group to get involved. If it does, great. They still have to be elected. If older people don’t like it, then they can get people to run that they think will do a better job for them. I’m kind of looking forward to seeing what they do and how they do it. School board’s much tougher than City Council. There’s always somebody after you about something. Their kid’s not getting taught right or something like that. I remember that vividly and it’s been 40, 45 years ago. You got a budget and people ripping you for taxes going up or you’re getting ripped for the teachers not making enough money. There’s a balance there.”

Both Guerrero and Daniels realize that soon they will be equals with men and women who were recently their mentors and advisers, and also they will be privy to confidential information about their former teachers and principals, in Guerrero’s case, or high-placed city staff in Daniels’ case. They won’t be nervous or fazed, they said, when they have to vote on agenda items that affect those people and the community at large.

“It doesn’t make me scared at all,” Guerrero said, “just because at the end of the day we are going to make those decisions that are best for every single person, and from staff, students, teachers, I know that we are going to ensure the best decisions for them. I know we are going to do what’s right for all of us. I do feel that I’m qualified for that. What makes me qualified? All the community involvement that I’ve done for the school and for the community. I love Coolidge. I definitely feel that this position is perfect for me just because I am an adult now and it gives me opportunities to give back some way.”

In the August primary Daniels was supported by 961 votes, the second most on the ballot behind incumbent Steve Hudson’s 1,048. Trailing Daniels in third place for the final council seat was another incumbent, Jacque Hendrie-Henry. That he topped the city’s vice mayor by 116 votes was notable, Daniels believes. He also out-distanced former Councilman Joseph Marsh by 319 votes. Three were elected outright in the primary because they were chosen by a majority of voters.

“That whole election night was stomach-turning,” Daniels said. “I think a second place goes to show what my campaign stood for. Running for City Council, I always imagined myself duking it out for third place against the other candidates and I always thought it was going to be a nail-biter when it came to that. To see me come in second place was very inspiring. To beat an incumbent, a vice mayor, was really shocking to me and I think the whole community as well. I think it brought us together. I don’t want to get divisive in this, but it really showed Coolidge is ready for a change for new direction as to who they elect into office, and I think I inspired a very large majority of Coolidge that hasn’t necessarily passionately voted.”

While he admires the work the council and Mayor Jon Thompson have done in the past, Daniels intends to be his own man during council meetings by voting, expressing opinions and asking questions of staff.

“Naturally I’m a very observant person. I know my limitations. I’m only one out of the seven on the council. I’m not going to go in stepping on anyone’s toes but I will assert myself on certain issues. I was the person with the second-most votes so I really do deserve somewhat of a spot on that City Council when it comes to voicing opinions. Hopefully there’s not going to be too many issues with that, but then again I am a very different City Council member (in) that I am 19 years old,” Daniels said.

The city swears in new council members days prior to their first meeting, City Clerk Norma Ortiz explained. In addition, Daniels’ ceremony will be held at the same meeting when outgoing Councilman Jimmy Walker will be recognized for his service to the city.

Guerrero will join incumbent Kris Gillespie on the CUSD board. Gillespie and two-time previous member Linda Heath are running a team campaign as write-ins. A fourth resident, Saavedra, is listed as a write-in candidate, but she told PinalCentral she has reconsidered her interest in the race. Lisa Garrett and T.J. Shope are not seeking reelection to the school board.

From the elder Shope’s perspective, a pair of millennials becoming community leaders is a positive development for 2021 and in future years.

“As a taxpayer in this community and with longtime interest — all things school and all things city — I hope the best for these guys,” Shope said while taking a break from his grocer duties. “I think they’ll be good for the community and good for that young group of people who have elected them. A lot of young people were behind Eric Daniels, but I thought I saw a lot of school teachers that taught him were behind him too, and I imagine the same thing goes for the Guerrero lady.

“From what I saw, he worked his tail off out there getting people energized, getting registered to vote and they’re actually voting. That’s great. A lot of people before him couldn’t do that.”