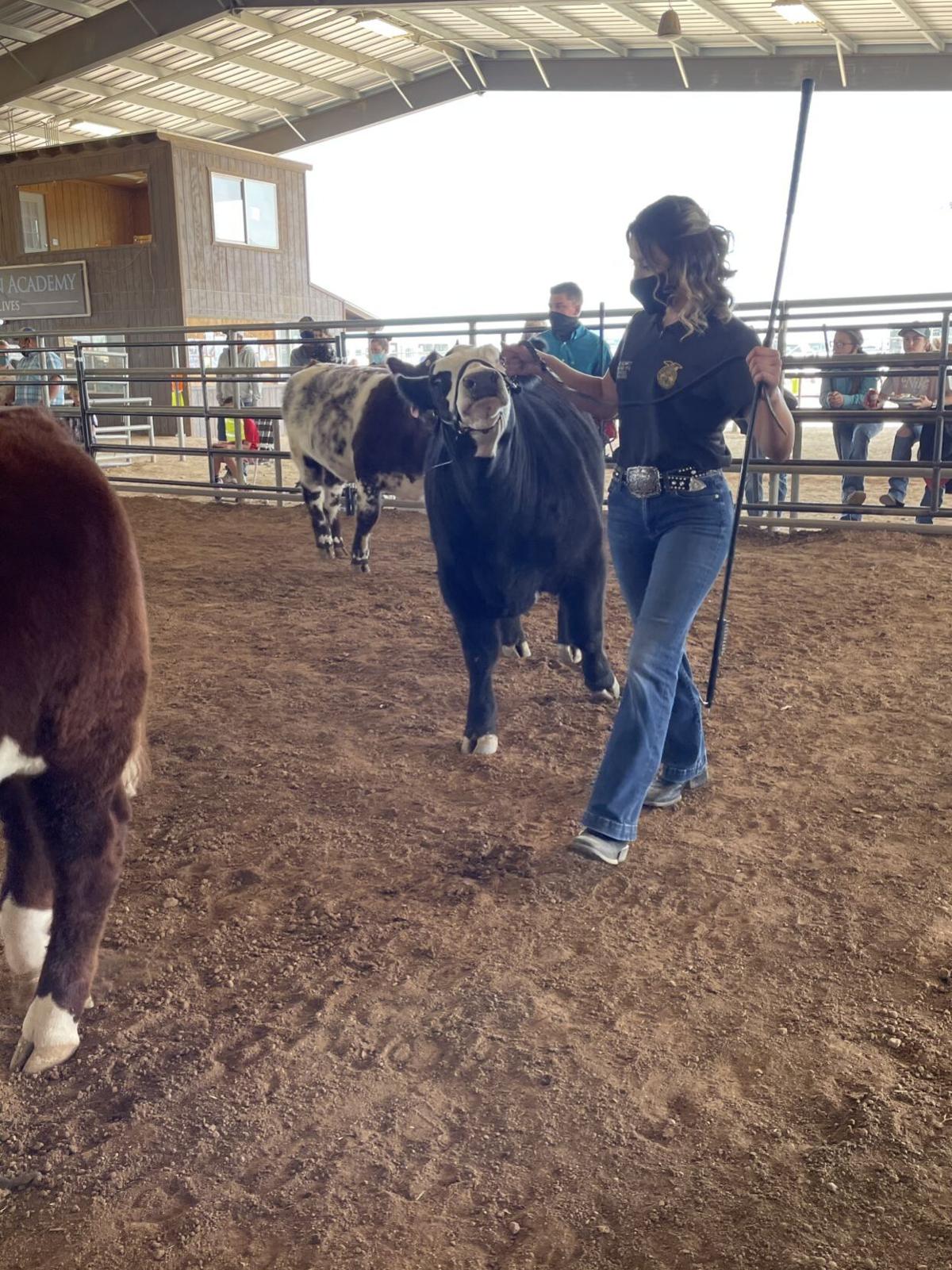 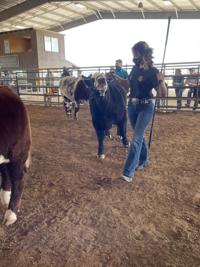 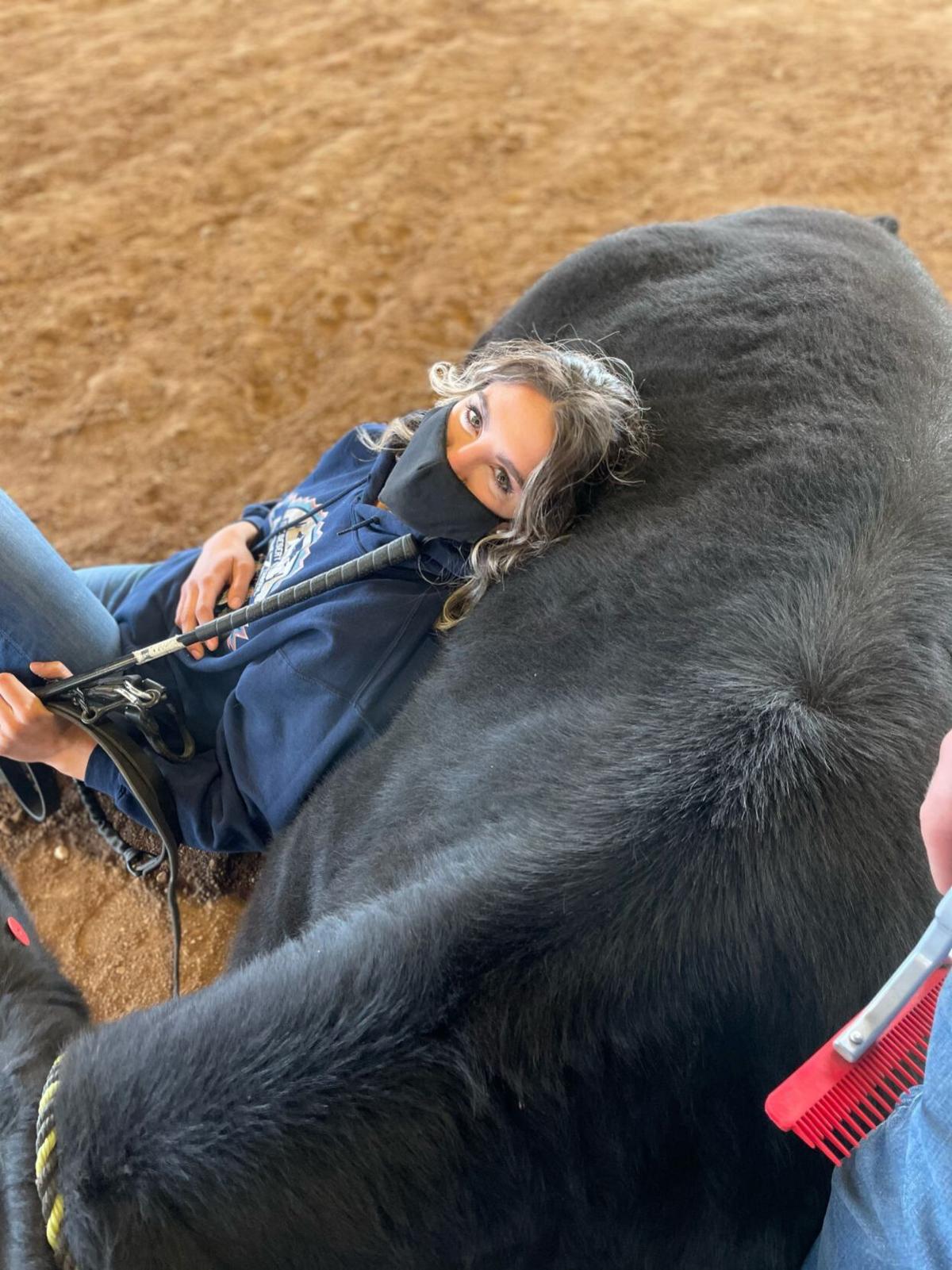 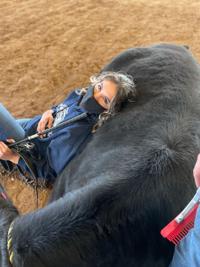 Coolidge senior and FFA Chapter President Emily Schmitt rests with her steer Blackjack, whom she’s had since August. 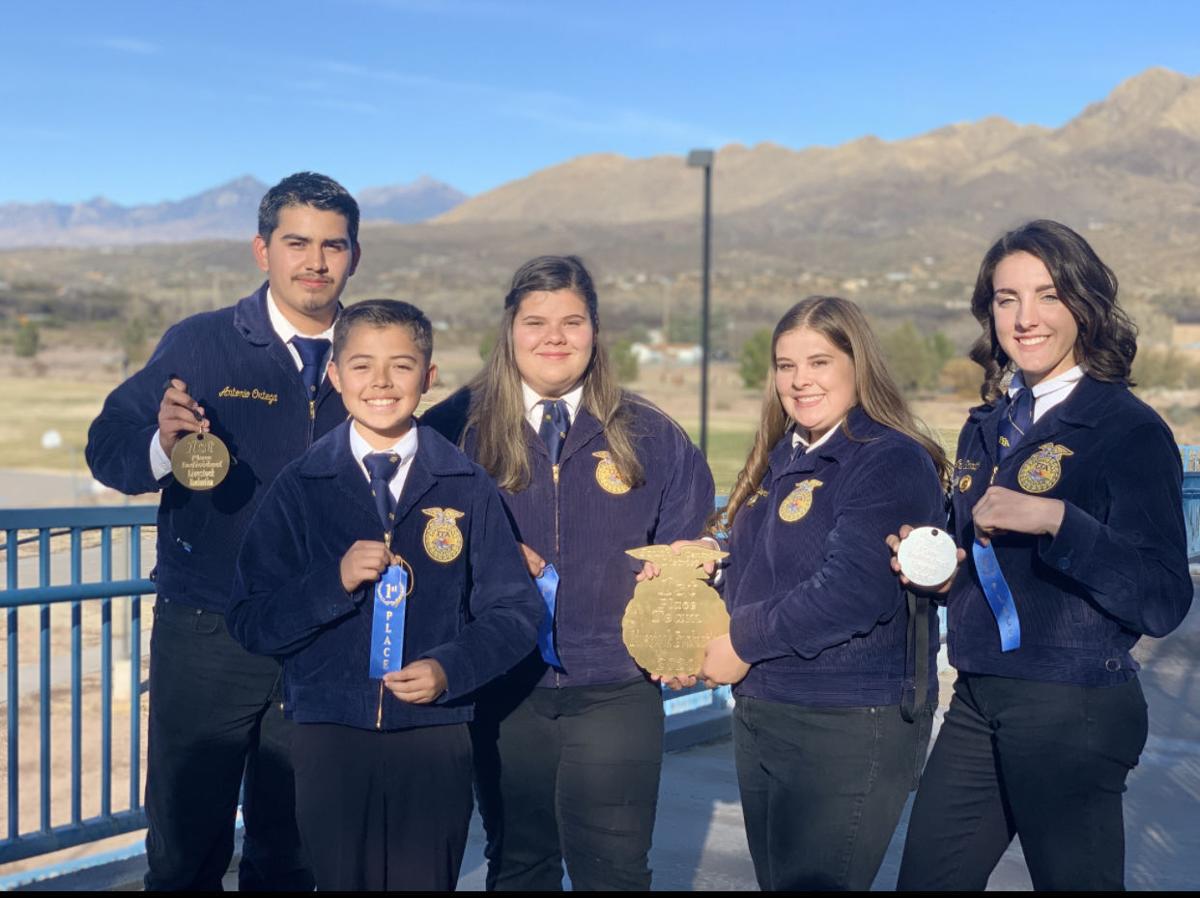 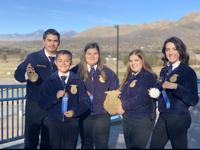 Coolidge senior and FFA Chapter President Emily Schmitt rests with her steer Blackjack, whom she’s had since August.

COOLIDGE — Last year, Emily Schmitt was part of the first Coolidge team in 25 years that qualified to compete at the National FFA Convention … just in time for it to be canceled due to the pandemic. That hasn’t stopped Schmitt, now a senior and Coolidge Chapter president, from working hard to make sure she and other students are able to make the most of their FFA experience this year.

“It brings me joy to work with my peers,” Schmitt said. “I know I can help younger members with their projects. Giving back to my chapter is something I’ve really enjoyed.”

Some of the ways Schmitt has been able to help members this year include on mock interviews, writing essays, setting up activities and just staying in touch throughout the remote learning period.

“Before we went virtual I suggested we stretch out our last chapter meeting throughout the week,” Schmitt said. “That would let all members participate and feel more comfortable, and we’d still get to see friendly faces and keep everything going.”

Schmitt is also hoping to apply for an FFA officer position at the state level next year, when she’ll be a freshman at the University of Arizona. Coolidge hasn’t had a state officer in FFA for several years, although new Coolidge agriculture teacher Paige Gangloff was a state officer in 2016.

“It speaks volumes to the caliber of students we have and the quality of the program,” Coolidge FFA Adviser Jadee Rohner said of Schmitt’s applying for state office. Rohner said some students in Coolidge sometimes suffer from low self-confidence compared to other areas based on their history or demographic.

“To see a role mode, it opens up their eyes,” Rohner said. “Regardless of where you come from, it doesn’t matter. Through ag, we can open up opportunities for them.”

In the past, Schmitt has raised pigs and Holstein calves for the annual fair and has been giving new members advice and input on raising Holsteins themselves. This year, Schmitt again is raising cattle for the livestock competition, named Dinero and Blackjack.

Schmitt said she was inspired by her older sister, who was in FFA and raised a steer back in 2013. According to Schmitt, a big steer is easier to move during the showcase; steers like Blackjack will weigh, at minimum, 1,000 pounds by the time of the livestock show.

“I really enjoyed raising a steer, we created a really good bond,” Schmitt said, adding that she likes to watch Blackjack run around in his pen. “It’s going to be hard for me to let him go in the spring. I’m not ready to sell him yet.”

Schmitt said the FFA members are encouraged to think of it as “you love ‘em while you got ‘em” and that she hopes to study animal science when she goes to UA.

Schmitt and her adviser acknowledge that it’s been a challenge this year to keep the program engaging compared to the past. FFA has been putting on virtual activities and conferences and Rohner said that they are planning on doing an event for members and students with hybrid learning starting back.

The Coolidge FFA livestock evaluation team that would have gone to Nationals was comprised of Schmitt, Antonio Ortega, Ana Rivera and her sister Abigail. Ortega is now a freshman in college, but Schmitt said the rest of the team would be competing again this year. Normally a team that won state would not be allowed to participate in the same contest the following year, but because of the COVID-19 postponement, FFA is granting them the opportunity.

The team has received some recognition in plaques and awards; Rohner said the FFA had done a good job “showering them with praise.”

Rohner acknowledged that it had been a challenging year after all in-person activities were eliminated.

“In a non-COVID year, we are one of the most active groups on campus,” Rohner said. “We’ve struggled a lot this year, but our officer team has rallied and persevered.”

In addition to scheduling virtual events, the Coolidge FFA group hosted a pumpkin-carving contest over Halloween, which over 100 students participated in. Before the pandemic, Rohner said that the program had over 300 members, but active members are down since the pandemic began. The ag department also downsized from three teachers to two due to enrollment challenges.

Rohner also noted that students could do other projects beyond raising livestock — one group is currently working at the new car wash in Coolidge — and that Gangloff was hoping to expand the program’s plant science component, including starting an outdoor nursery at the school’s land lab and utilizing more hydroponics.

“I’m excited to get back into FFA events,” Gangloff said. “The pandemic has taken its toll on students socially, but I have noticed they are learning to be more independent and are becoming better problem solvers.”

The county junior livestock show will be a two-day event this year, and although there will be an option for a virtual auction, the Coolidge students wanted to do the “whole shebang,” Rohner said, adding they would take steps to make sure participating kids are safe.

Even once she goes to college, Schmitt said she wants to be an active Coolidge alumna and help with FFA events when she can.

Give FFA Day growing the future of agriculture

INDIANAPOLIS — In the spring of 2020, teachers across the country found new ways to reach th…

A pig in a pandemic? Kirstyn Garcia takes on the challenge

COOLIDGE — For her first two years of high school, Kirstyn Garcia raised a lamb for the coun…