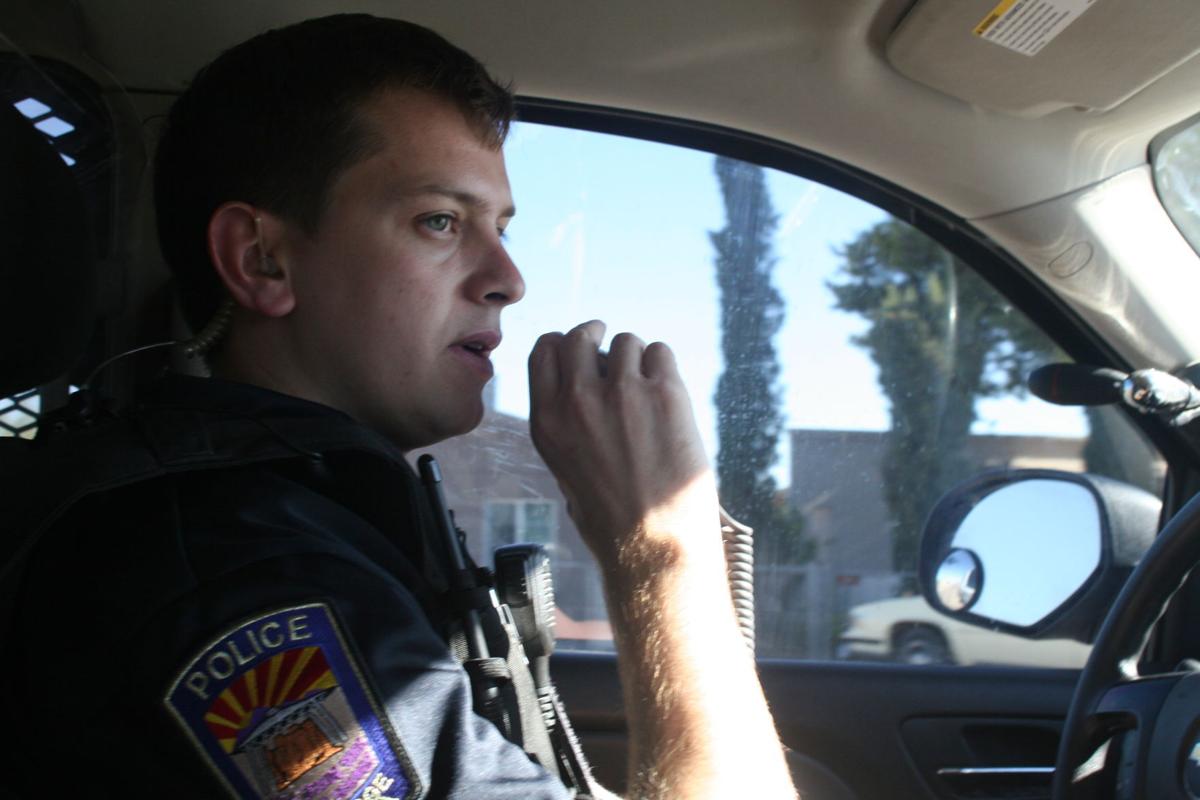 Officer Derek Lull updates dispatch while responding to a call. 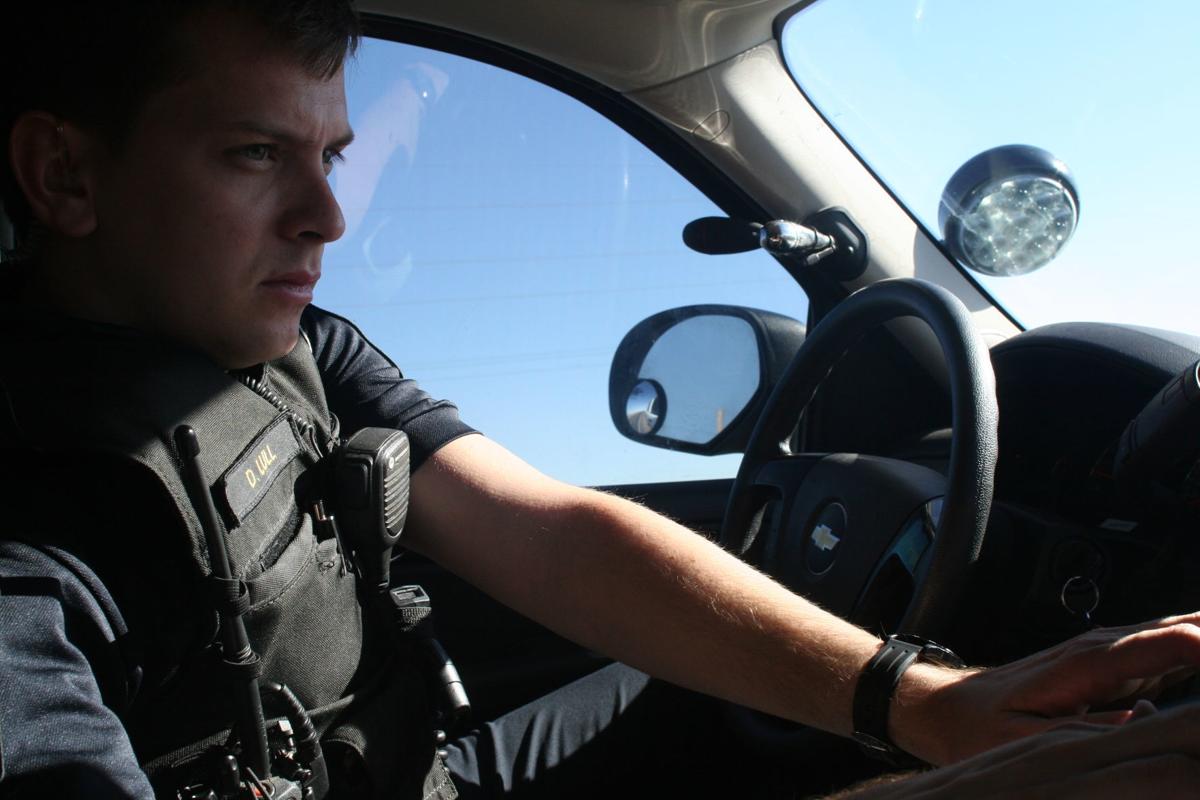 Coolidge police Officer Derek Lull checks his computer for more information about a call during a recent patrol shift.

Officer Derek Lull updates dispatch while responding to a call.

Coolidge police Officer Derek Lull checks his computer for more information about a call during a recent patrol shift.

When it comes to being a member of the Coolidge Police Department, there’s a lot more that goes into the job than meets the eye.

For officer Derek Lull, sometimes that means driving around the city streets for traffic enforcement and other times it means conducting DUI patrol.

On a Friday evening, the city is relatively quiet, which means that the job mostly consists of patrolling the city, looking for any unusual activity. But as he drives around the city’s main roads and even back alleyways, Lull is not afraid to roll down his window and give a friendly wave to the locals — even if he’s had to arrest them before.

He has more than a few stories to tell about his time on duty, from DUI accidents to SWAT team search parties. However, for every hour of field time, he says, he spends about two hours writing reports and filling out paperwork.

Yet, there are other aspects to the job that citizens rarely ever hear about, from responding to Attempt to Locate (ATL) calls that rarely materialize to resolving domestic disputes. Sometimes even includes putting up with teenage angst.

Yet, officers still respond to every call no matter what, says Lull.

After beginning as an officer at another department, Lull took a job with CPD. He says the move has provided him with more opportunities.

“Generally speaking its about a 16-week academy,” said Malinski. “When they finish that they will come back to the agency, or if they’re on their own try and get hired by someone, and then there’s generally an in-house one week to week — sometimes even longer — of a post-academy administrative type training.”

During that time, officers pick up the policies and procedures that are unique to that particular agency before beginning a 12-week Field Training Officer program.

But training doesn’t end there, he says. Officers are then required to attend regular trainings. Luckily, Coolidge has one of the finest training facilities in the country, where officers from all over the country come to get their training.

For Lull, the training helps keep him on his toes while he’s out on patrol, giving the foundation he needs to do everything from negotiating diverse cultures to conducting the occasional foot pursuit.

There’s even a social networking aspect to some of the training officers receive. During some of the field training, Lull says officers are occasionally required to make contact with individuals walking the streets.

Not everyone is always receptive to these kinds of check-ins, says Officer George, or “Chip,” Coleman, quite possibly because they simply don’t understand. Many times, he says, people can misinterpret this type of contact as a sign of trouble, but that’s not always the case, he says. Sometimes, it’s just about checking-in.

For Coleman, the best part of the job is having the capacity to help others, no matter how big or small the call.

Police work can definitely take a toll on officers. From bearing the burden of proof in court cases to consistently being exposed to the darker sides of human nature, it’s a job that can come with a high price tag, one of the many reasons why officers are regularly screened for mental health.

One of the keys to minimizing that effect, says Malinski, is keeping the energy level and morale high.

“The chief has a responsibility for the overall morale of the department,” he said “Not that they can always control it, but they have an effect on it, there’s no question about that.”