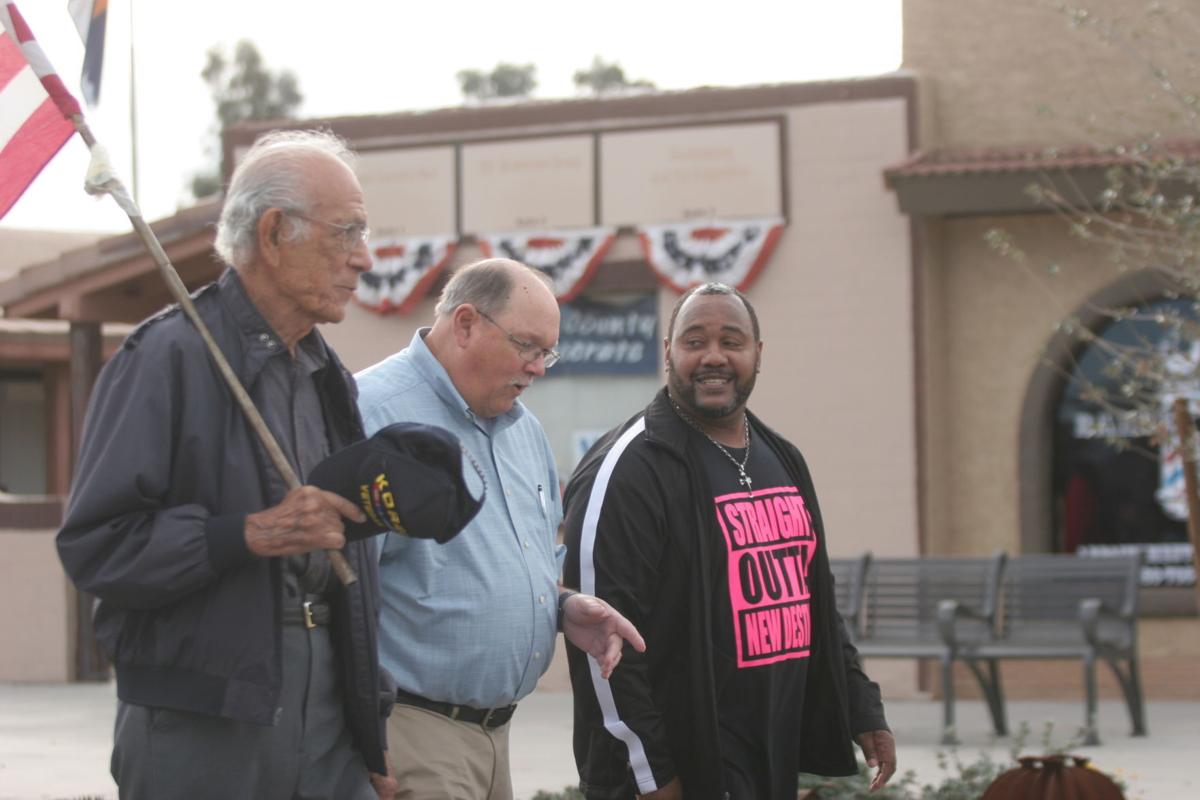 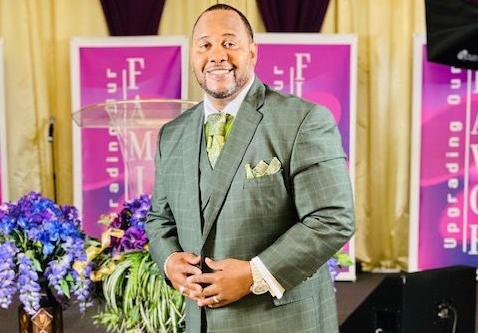 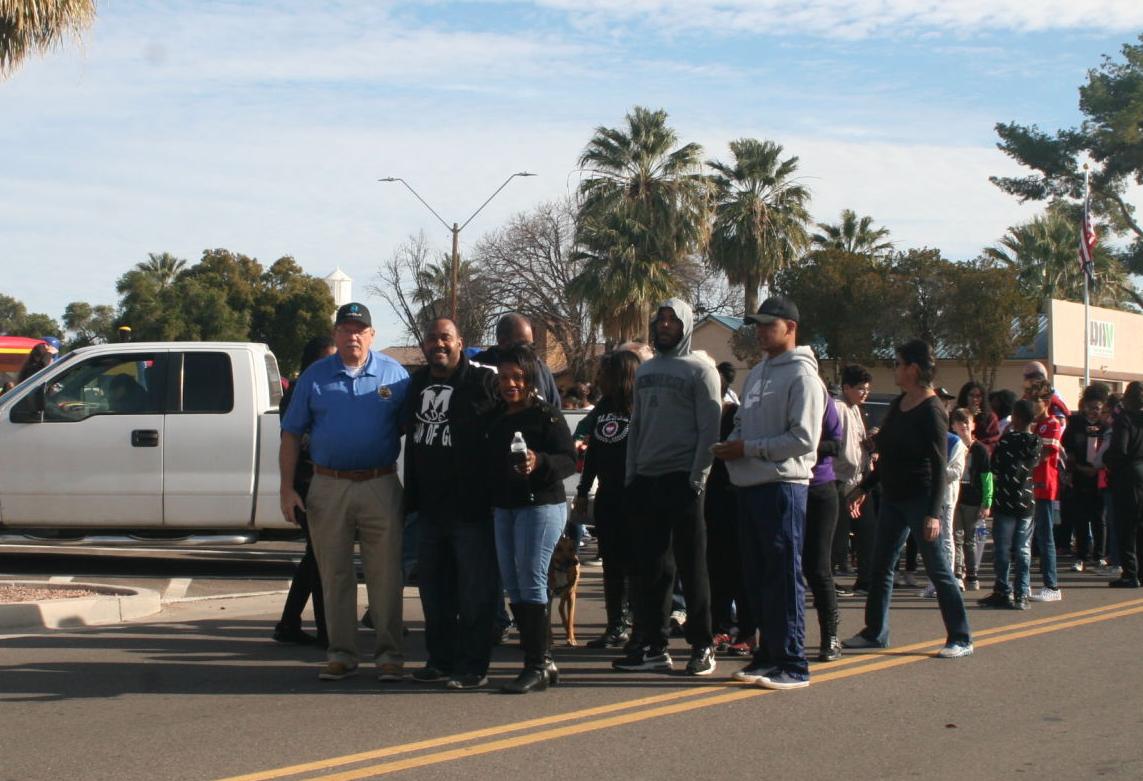 Mayor Jon Thompson, from left, Bishop Vince Smith and his wife, Tammie Smith, of the New Destiny Christian Center were among the gatherers preparing for the sixth annual MLK day march Monday, Jan. 20, 2020, on Central Avenue.

Mayor Jon Thompson, from left, Bishop Vince Smith and his wife, Tammie Smith, of the New Destiny Christian Center were among the gatherers preparing for the sixth annual MLK day march Monday, Jan. 20, 2020, on Central Avenue.

COOLIDGE — For the first time in seven years, Coolidge will not have a formal celebration for Martin Luther King Jr.’s birthday. At least, not on MLK Day.

Bishop Vincent Smith — whose church, New Destiny Christian Center, has organized past MLK Day events — said after discussions with Mayor Jon Thompson and other officials, the decision was made to postpone the event due to COVID-19 spiking in the state.

Past years' celebrations had drawn crowds of 500 or more around San Carlos Park. Last year’s event included a march through downtown Coolidge and performances from local choirs.

Smith said there are still ways to honor King on Monday, through virtual events, and that he is planning on hosting a church event via Facebook live on Sunday.

“We’ll do something later in the year,” Smith said. “We’re never going to forget Dr. King.”

During a year that has seen a pandemic and political upheaval, Smith suggested one of King’s most important lessons was the importance of equality and the right to vote.

“People are still trying to suppress and stop the vote,” Smith said. “Dr. King stood for different races to have equality and the right to vote: African Americans, Latinos, whomever. In 2021, the impact of having the right to vote, let alone back then, is significant. Families should remember how he stood for the freedoms we have today.”

CG Unity March will not be held this year

Film Review: 'MLK/FBI' explores the roots of an American ill will

There’s an iconic photograph of the Rev. Martin Luther King Jr. that was taken as he triumph…