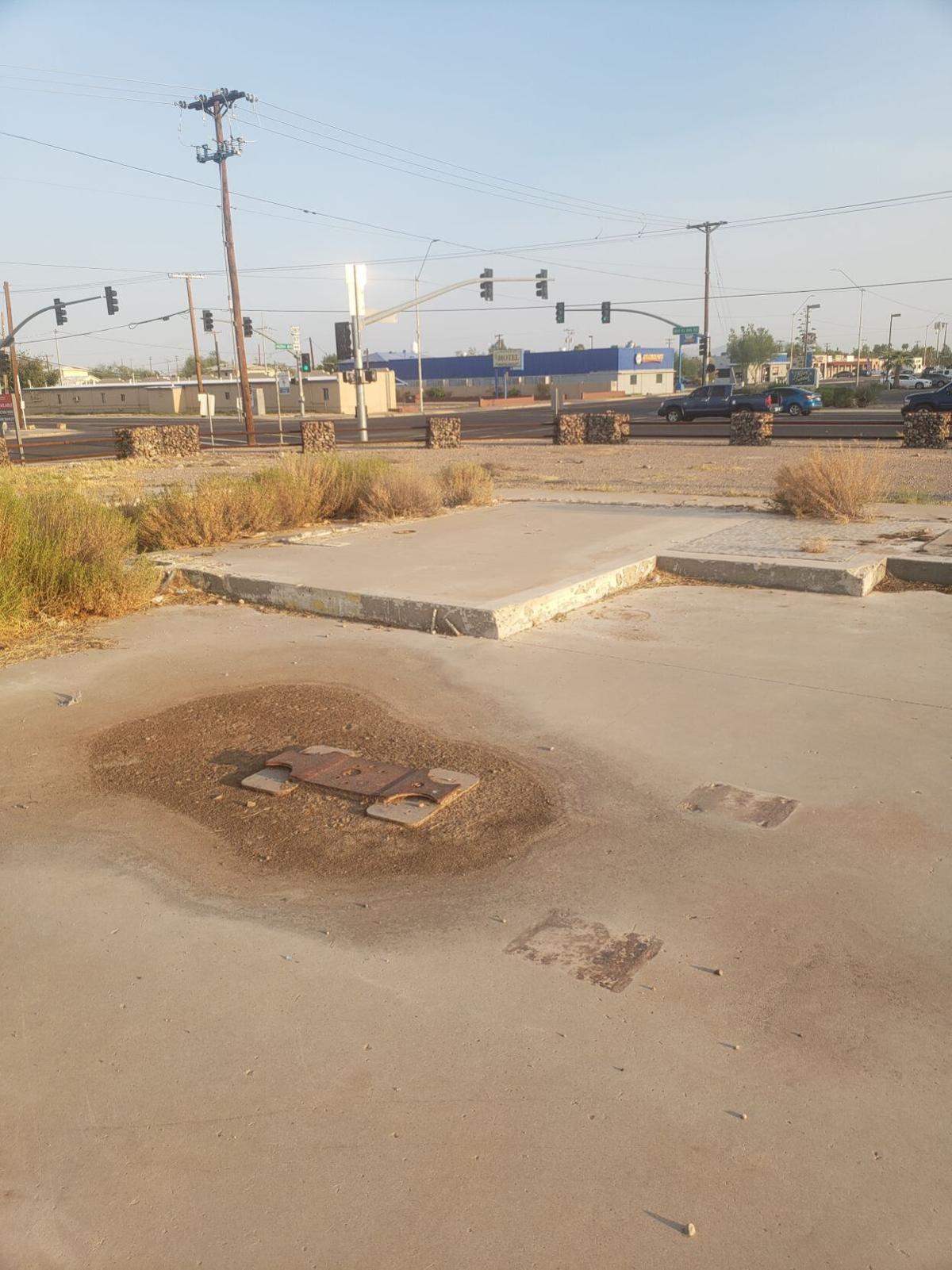 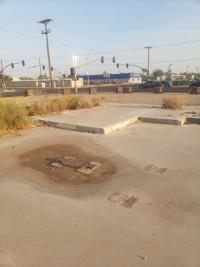 The site for a proposed Burger King in Coolidge is on the northwest corner of Van Ki Inn Road and Arizona Boulevard where a gas station once was located. 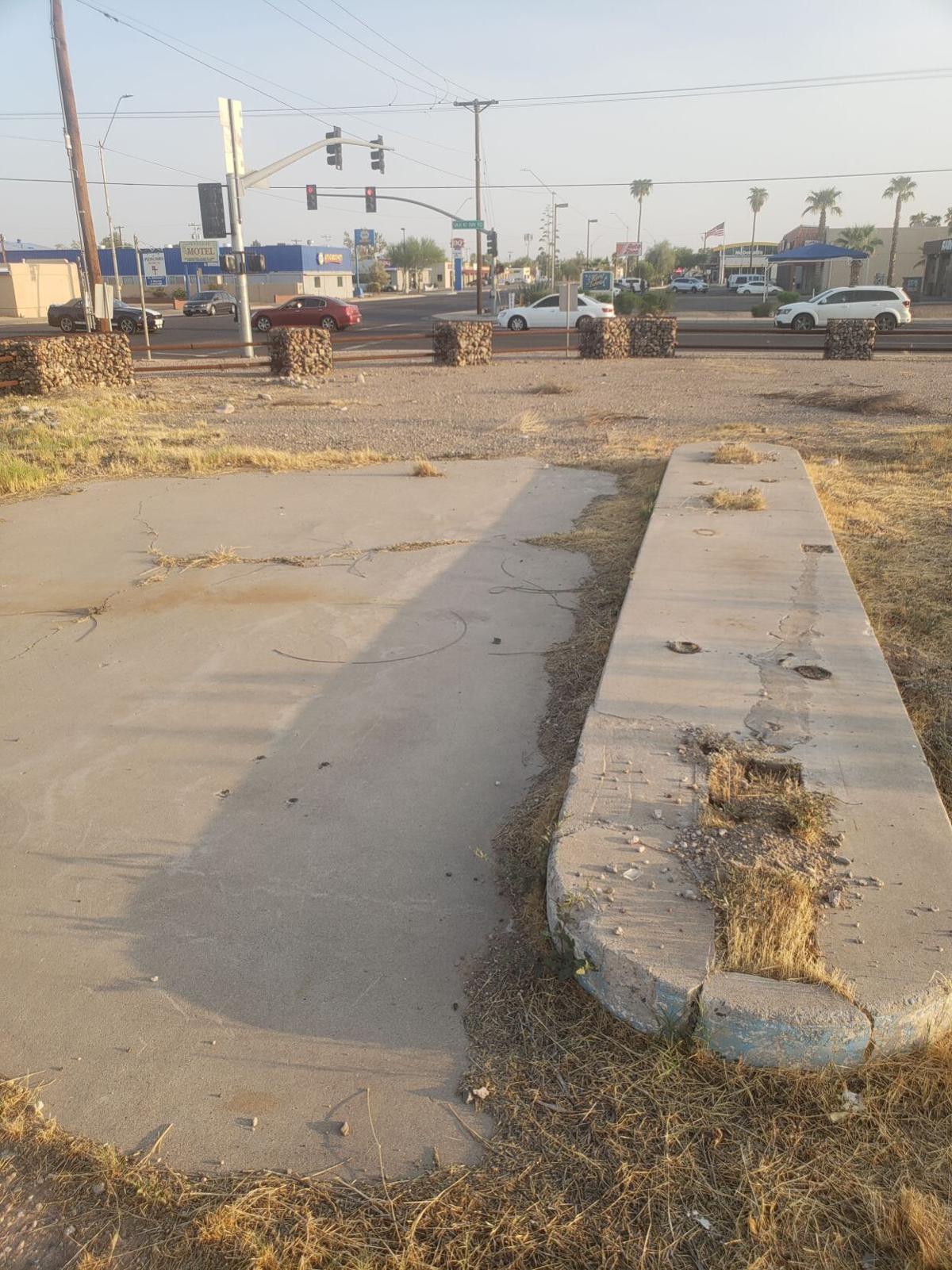 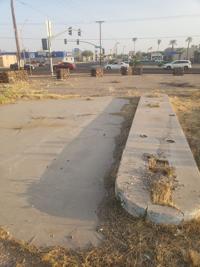 The site for a proposed Burger King in Coolidge is on the northwest corner of Van Ki Inn Road and Arizona Boulevard where a gas station once was located.

COOLIDGE — The burger chain that says you can have it your way might be coming your way if you live in Coolidge.

An application to build a Burger King fast food restaurant at 1120 N. Arizona Blvd. was given pre-approval by the Coolidge Planning and Zoning Commission on Sept. 9. Final approval will rest with the City Council at a future meeting.

The commission recommended the application from Sketch Architecture of Mesa with a 6-0 vote. Commissioner Rosalinda Federico was absent from the meeting.

The city’s first Burger King would be located on the northwest corner of Arizona Boulevard and Vah Ki Inn Road where a gas station once operated.

“It’s a very prominent corner,” Gilbert Lopez, city of Coolidge economic development director, told the commission. “We have (the Department of Economic Security) on one side. Up the street we have a lot of activity. We have a Dairy Queen and some other things, the credit union that’s been fixed up, so we’re seeing a lot of activity. We work hard on the economic development side and this will really help that corner and also give us another place to go get a burger.”

The driveways on the plot will be altered some and other work already has been completed to prepare the area to transition it from a gas station to another type of business, said Tim Hansen of the city’s Development Services office.

“We understand from through environmental investigation that the tanks have already been removed from the gas station so it will be a simple cleanup and (we’ll) move forward with construction on this,” Hansen told the commission.

A spokesman representing Sketch, Randy Carter, said the architectures plan to add two trees and 200 or more shrubs as landscaping.

“I’m sure you drive by this place all the time. We will be demolishing the little building, cleaning it up. You’ll notice that there’s electrical lines running down the middle of it. Those will be put underground, and there’s an easement there because there’s also sewer and water underneath there,” Carter said.

A resident on Vah Ki Inn Road asked the commission and Carter about what hours the Burger King would operate and expressed concern that it might develop into an unwanted gathering spot despite the city’s curfew regulations and the parking lot being well lighted.

“My concern is that late at night it may become a, quote, ‘hangout,’ and we have a curfew and everything but I just concern myself that it’ll have people there that are drawn to the area, but at the same time I don’t have any problems with the lighting,” she said.

“Typically, drive-thrus can be open 24 hours a day, although it’s not planned on this particular facility to do that but it might happen in the future,” Carter answered. “Generally, 10:00 to 11:00 is closing time for the dining room. etc., but I can’t tell. I’m not the owner of the property so I’m not sure exactly what Burger King is going to tell the person who is doing the franchise there. But generally that’s the time frame they’re talking about.”

Halbe stepped out of his role temporarily to address the commission about his request to place a small-sized manufactured home at 1651 E. Byrd Ave. That area of the city is amid an agriculture zone and homes in that area are at least 2,000 square feet and feature a stucco finish, specs to which the commission asked Halbe to adhere. He told the panel he is hoping for a 1,200-squarefoot structure.

“I’m telling you I don’t need all that room. To restrict me to a certain amount of square footage would be (not conducive) to what I’m trying to do here,” Halbe said. “What I’m trying to do is build a small house for my wife and I and as we get older we can maintain. I don’t want to be limited to the kind of house that you want. I ask you, please, don’t restrict my square footage. If I was to pull a building permit — which you know I’m a builder — I could build a 900-squarefoot home, stick-built home on that lot and you couldn’t say nothing about it. So to restrict me to 2,000 square foot is wrong.”

The panel voted 3-2 to deny the application. Ken Bolan, Hannah Peterson and Philip Bacon voted for the denial, with Al Metcalf and Matt Duran against the denial.

In October 2018, the City Council passed a development agreement, grading and drainage permits for Nikola.

“Our manufacturing center is about enabling growth,” said Mark Duchesne, head of global manufacturing for the company. He was joined at the Sept. 9 meeting by Josh Christman, executive director of the project’s contractor, Walbridge, which recently completed the Lucid Motors facility in Casa Grande.

We want to be able to make sure that we can grow our company, but we also want to make sure we can grow the community and we can help the people that are with our company grow, and a lot of those people are going to be from this area,” Duchesne added.